While the rest of the world is just dying to shed unwanted pounds, the men from the Bodi tribe in Ethiopia aim for the opposite – to become the fattest of them all and become a hero for life for the rest of the tribe!

Bodi, a remote valley in Ethiopia, holds this contest each June during the New Year or Ka’el ceremony. The participating tribesmen, composed of unmarried men from the families of the tribe, will consume as much fresh cow milk and blood for six months. During this time, the men are not allowed to leave their huts or even have sex.

Ethiopian tribesmen compete to get as fat as possible. 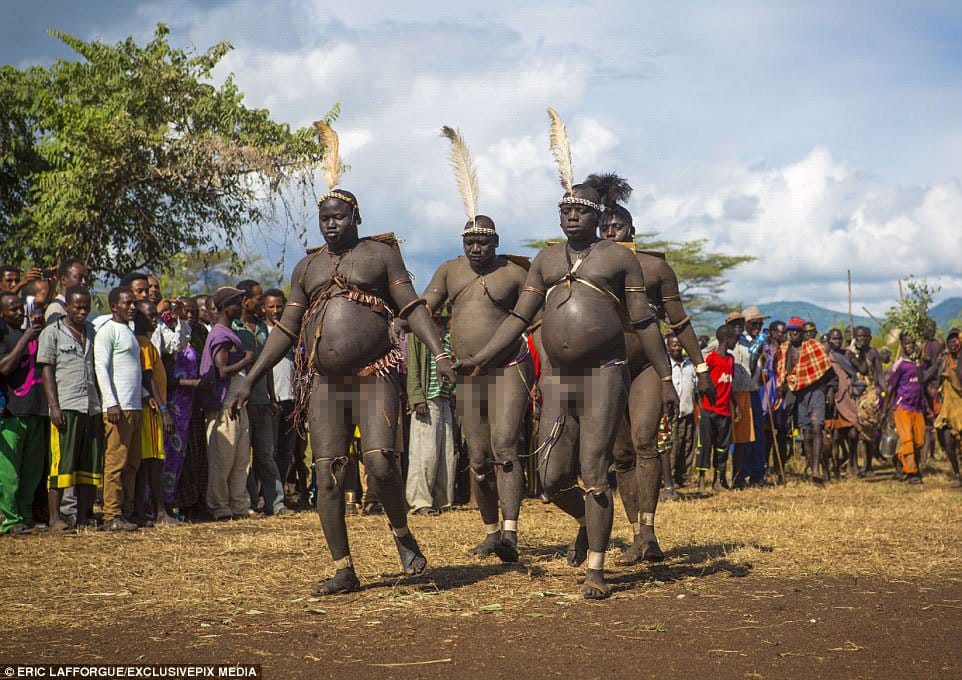 They drink only cow milk and blood for six months to fatten up fast. 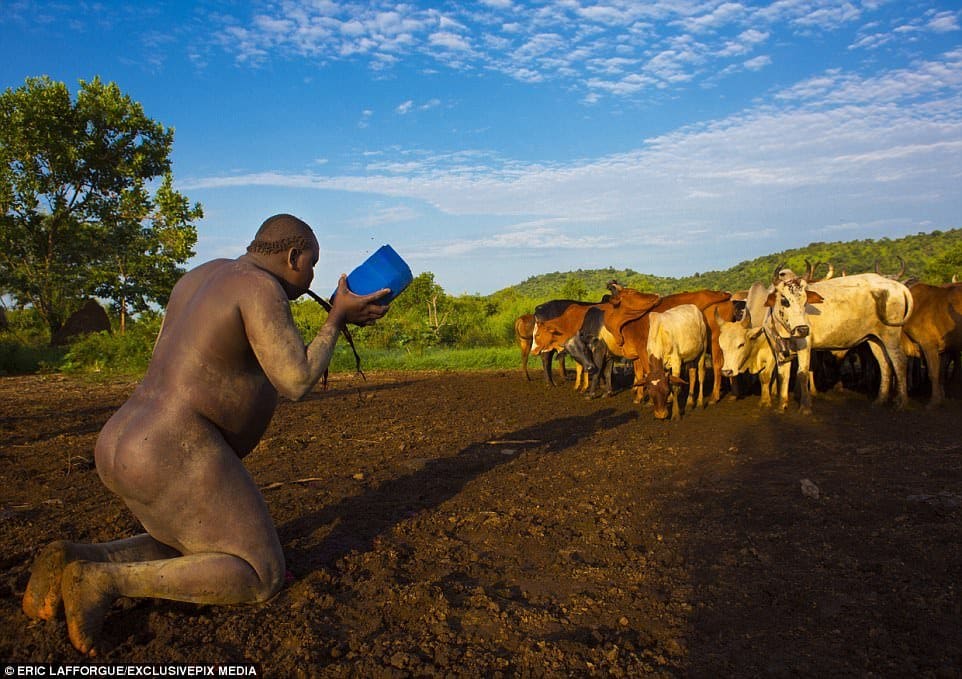 The females are the ones tasked to deliver cow milk and blood every morning.

They use bamboos or pots to hold the liquid sustenance. 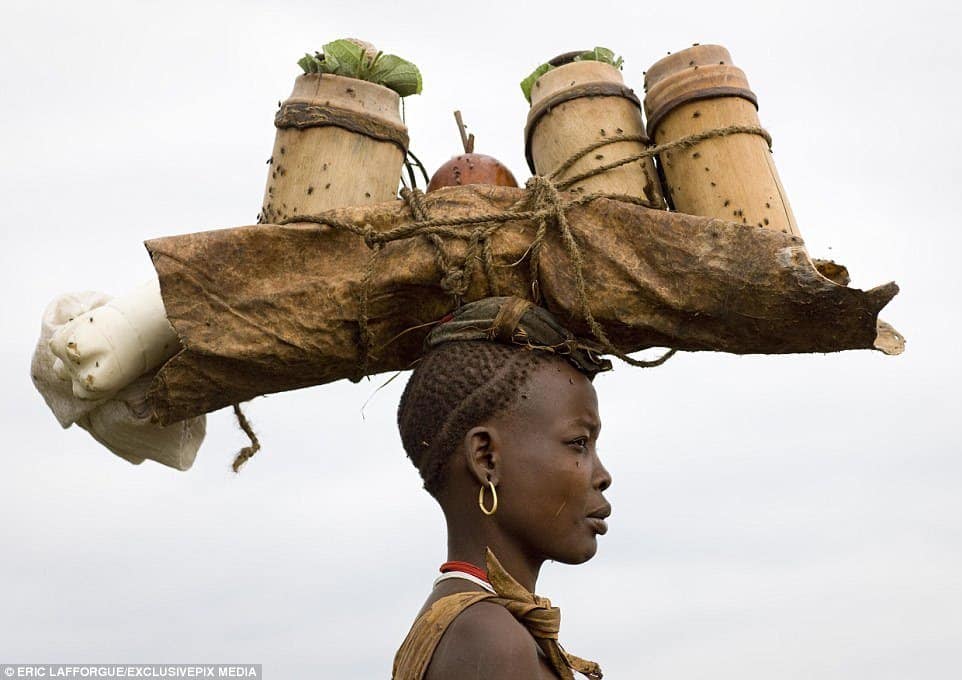 There is actually no physical prize for all these efforts, but a lot of manhood pride is at stake.

The women of the tribe considers a fat waistline attractive. 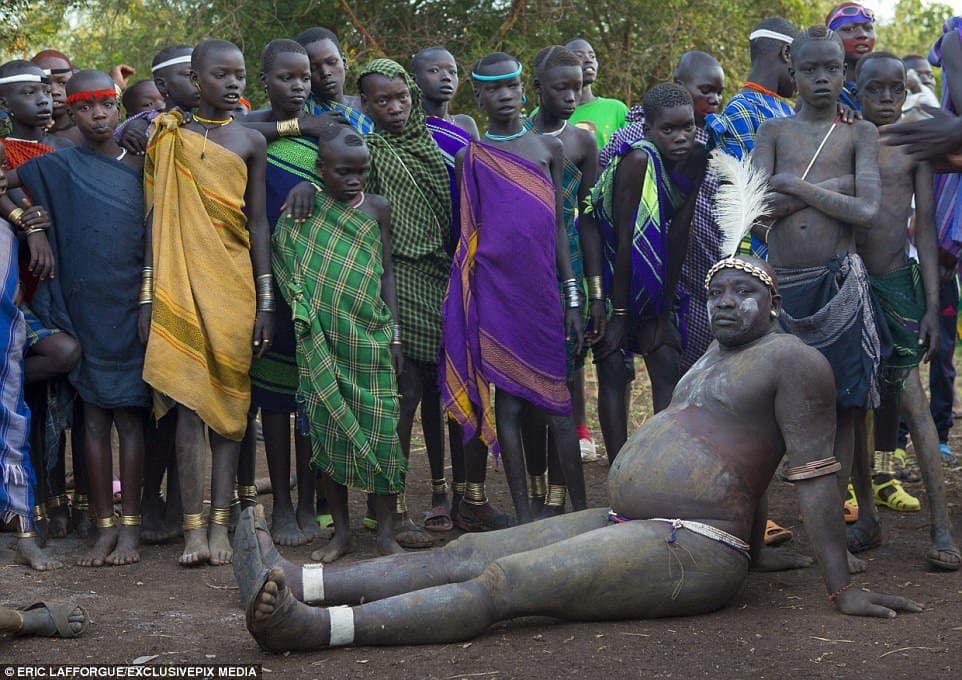 What about the poor cows, you ask. Well, the cows are sacred to the tribe so they are not killed. They are kept alive to produce milk and blood; a hole is made on a cow’s vein using an axe or spear. The wound is closed with clay after extraction. 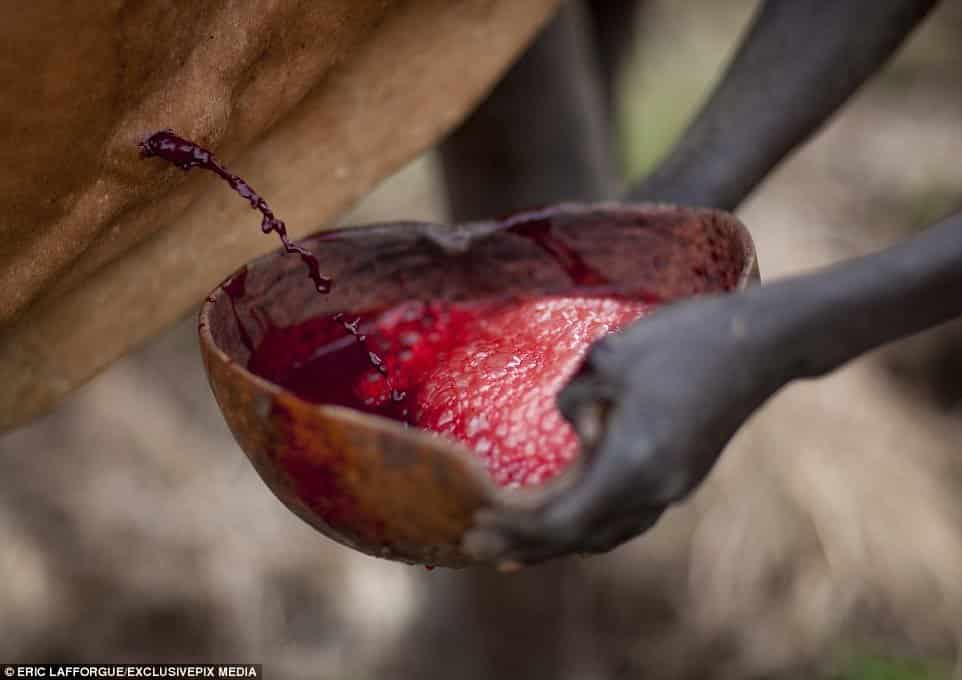 “The fat men drink milk and blood all day long. The first bowl of blood is drunk at sunrise. The place is invaded by flies. The man must drink it quickly before it coagulates but some cannot drink everything and vomit it.”

On the day of the ceremony when the participants are going to be judged, the men have their bodies covered with ashes and clay before they get out of their huts after a six-month hiatus.

This practice of the Bodi tribe is under threat from the country’s government. 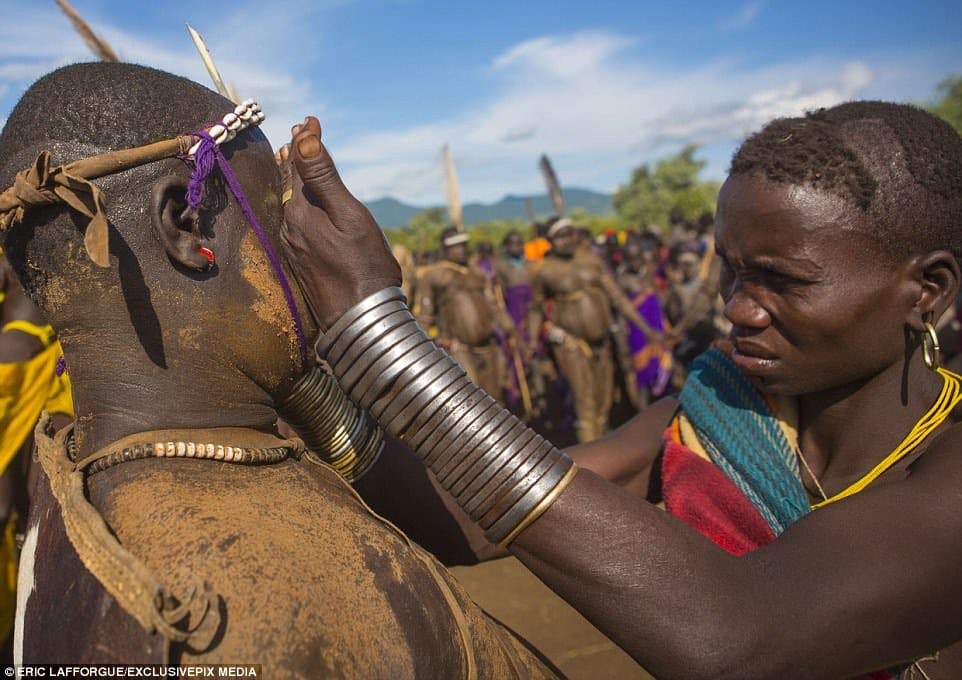 There is a plan to resettle thousands of people from all over Ethiopia. 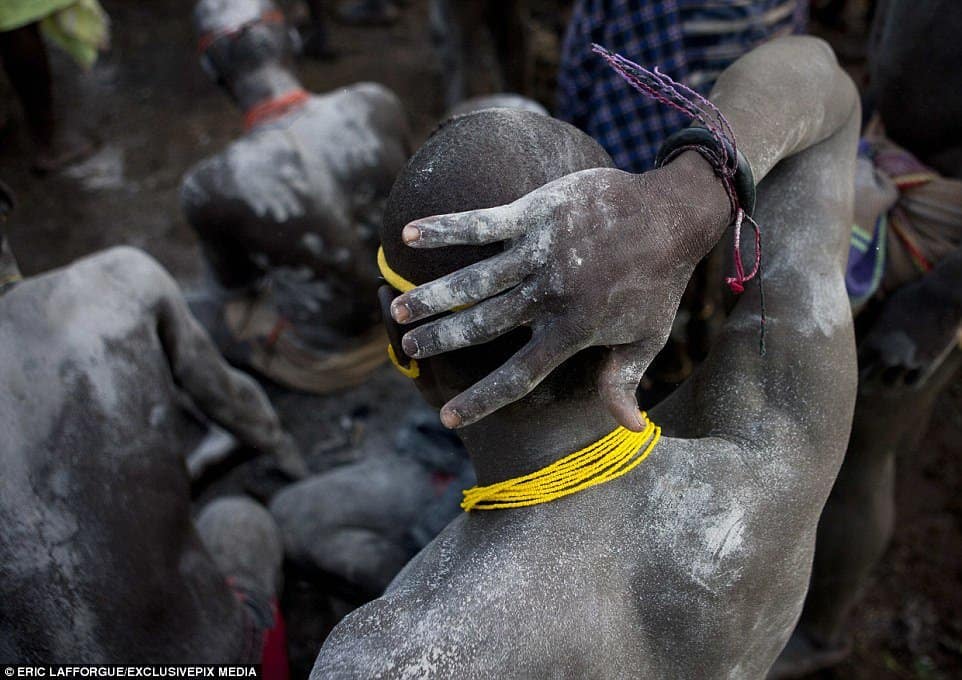