Everyone says do not mess with an alligator. Let me tell you that they know what they were talking about. However, drunk men always think otherwise and never seem to learn.

A drunk Brazilian guy was so tipsy and was showing off to his friends. He got a shotgun and tapped the alligator with the butt of the gun. Unfortunately, the gun went off and shot his crotch. It also startled the alligator.

A Brazilian guy got drunk and wandered to the swamp trying to spook an alligator using a shotgun. 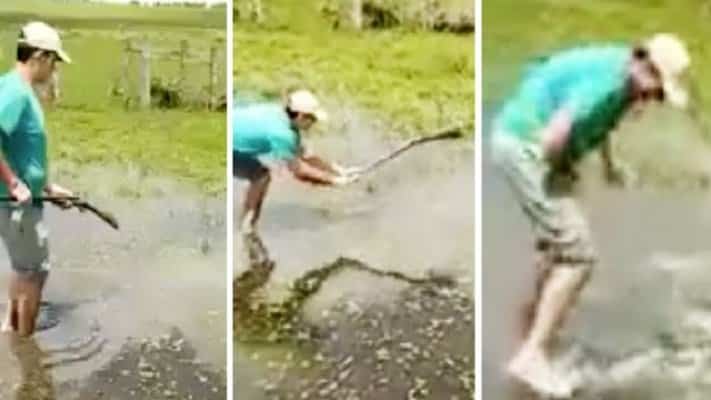 When the shot was fired, he dropped the gun in the swamp. The unnamed man ran to his friends clutching a wound between his legs. The video got cut and we would like to assume that the friends attended the wounded.

He was successful spooking the gator but the gun accidentally fired after the butt of the gun touched the beast. 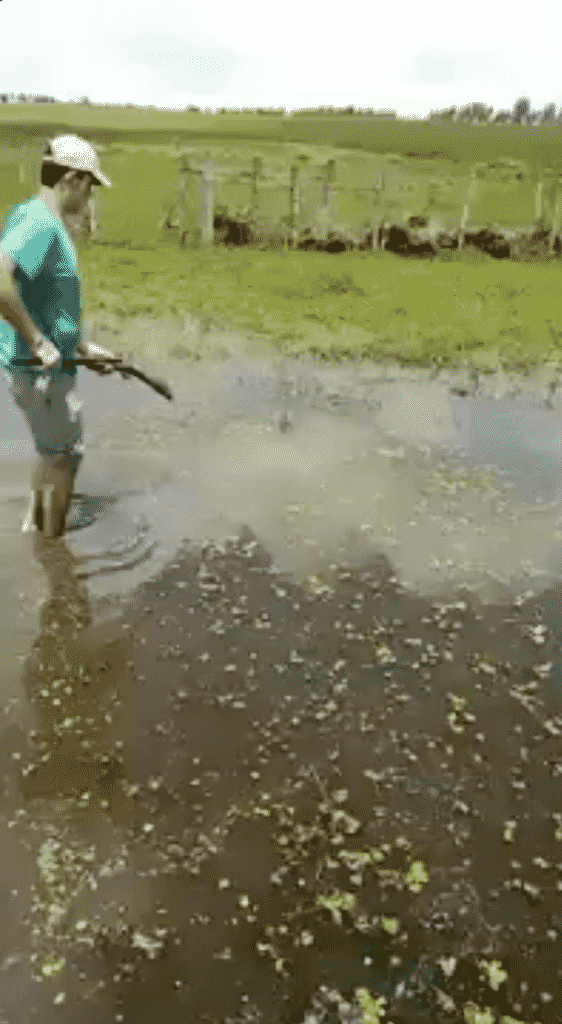 Brazil is home to the great Amazon river, the natural habitat of some of the deadly animals, including alligators. Alligators attack prey when hungry or threatened. It has a very powerful bite.

The incident is all caught in a hilarious (but we shouldn’t laugh) video. It is an eternal evidence of his drunkenness along with his wound in his manhood.

This guy has proven that he has some “balls”.

Ok, we can understand the goofiness in poking a gator and expecting to startle the deadly animal. However, pointing the barrel of the gun to your crotch is a bit dumb. It is kind of funny that the alligator did not cause him any injury.

The unnamed guy received a blow in the balls that made him run back to his friends. 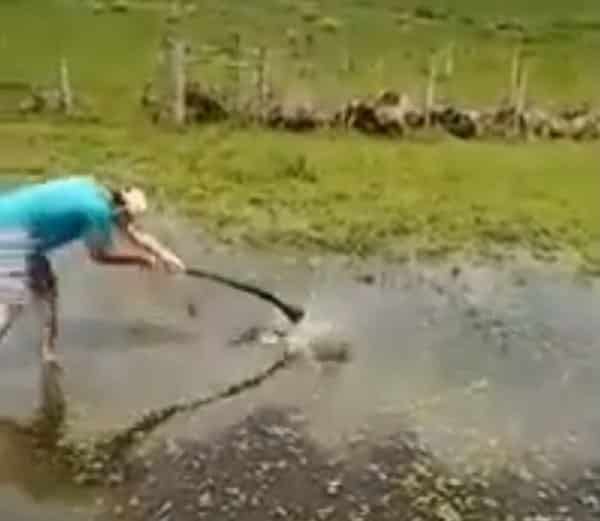