Bill Davis — a resident of Tacoma, Washington — checked on a construction site for his employer. He was quite surprised when he saw two young deers struggling in the sludge. To his horror, Davis realized that the two fawns were sinking.

Davis recalled, “I wouldn’t have seen them if they hadn’t moved and caught my eye!” He then added, “It broke my heart to see this!”

Indeed, the animals were covered in mud and had practically blended into the sludge. They must have been struggling to get out of it for some time as they already looked exhausted by the time Davis came along.

The deer was sinking in the sludge. 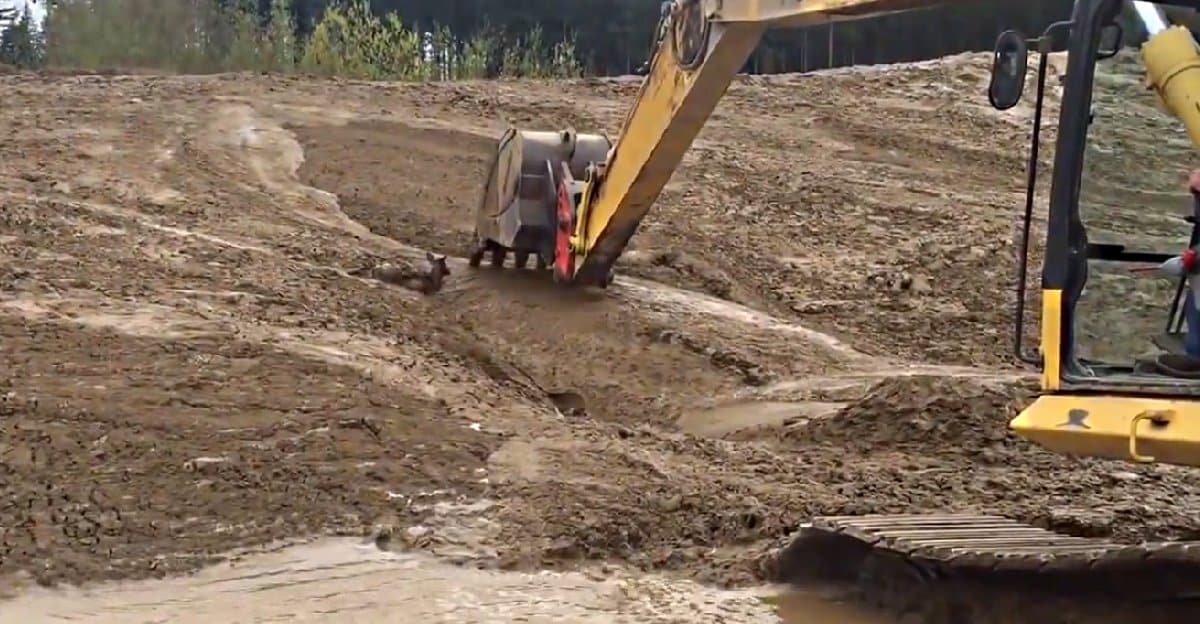 Determined to rescue the animals, Davis immediately sought the help of an excavator operator. They then coordinated the rescue of the fawns. Davis took videos of the rescue.

The first deer gets rescued.

Earth Touch News Network explained: “It’s estimated that the black-tailed deer were yearlings, meaning it’s very possible they managed to survive their ordeal. A black-tailed deer fawn will typically stay by its mother’s side for one to two years, but these two are old enough to nibble greenery.”

It’s such a relief to see that the second deer safe, too.

It was also revealed that Davis has been returning to the construction site to make sure that the deers don’t come back and sink in the sludge again. He revealed, “I didn’t sleep much [after the rescue],” he said. “All I could think about was those little guys getting stuck again, and not finding mama! I’m out there looking to make sure the babies didn’t come back to the mud.”