All eyes are currently on Donald Trump as his Inauguration Day draws nearer and nearer each day. The world is in great anticipation not only about what he will say during the ceremony but also to see what his presidential car will look like.

As we all know, President-elect Donald Trump’s Cadillac One: The New Beast has been confirmed to debut on Inauguration Day. 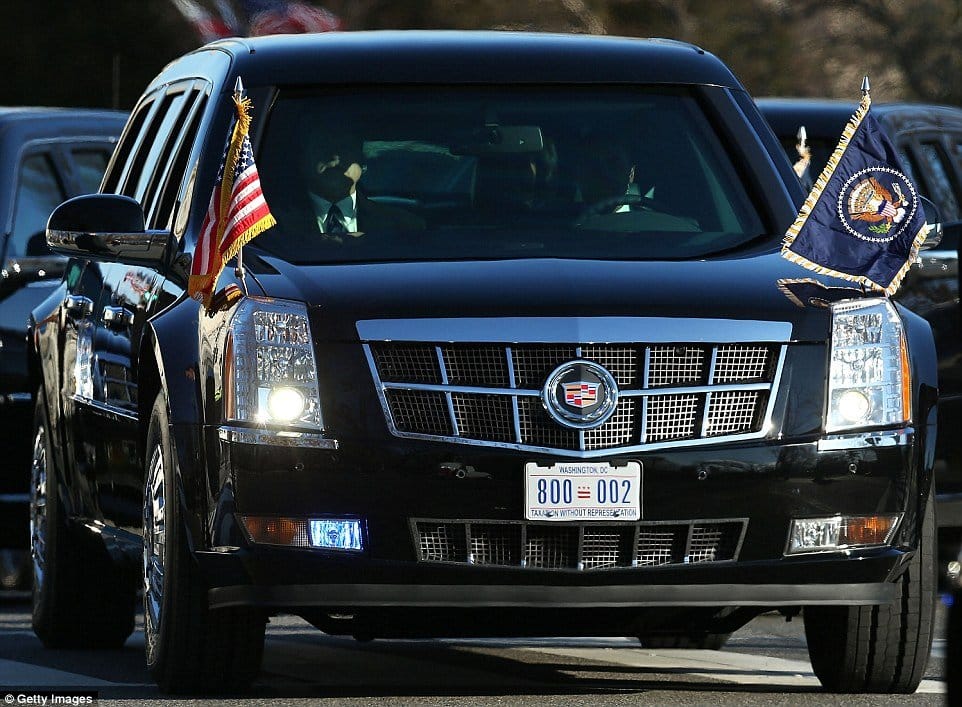 Reports tell us that the limousine’s features will be even more impressive than its predecessors.

Cadillac One will be equipped with different types of weapons such as tear gas cannons and a shotgun. Also, the vehicle will carry several bottles of Trump’s blood type and an oxygen supply in case of emergencies.

The car’s doors and windows are all bulletproof and sealed off meaning they are built to withstand chemical and biological attacks. Only the driver can roll down a window to pay tolls.

As with previous models, the car will have black and silver paint. It will likewise have camouflage paint to disguise its new features. The car likewise has an 8-inch military-grade armor and its doors are extremely heavy even President Trump will not be able to open them from the inside.

Meanwhile, the tires are Kevlar-coated to prevent bursting. Even if that occurs, the metal rims are strong enough to keep running. 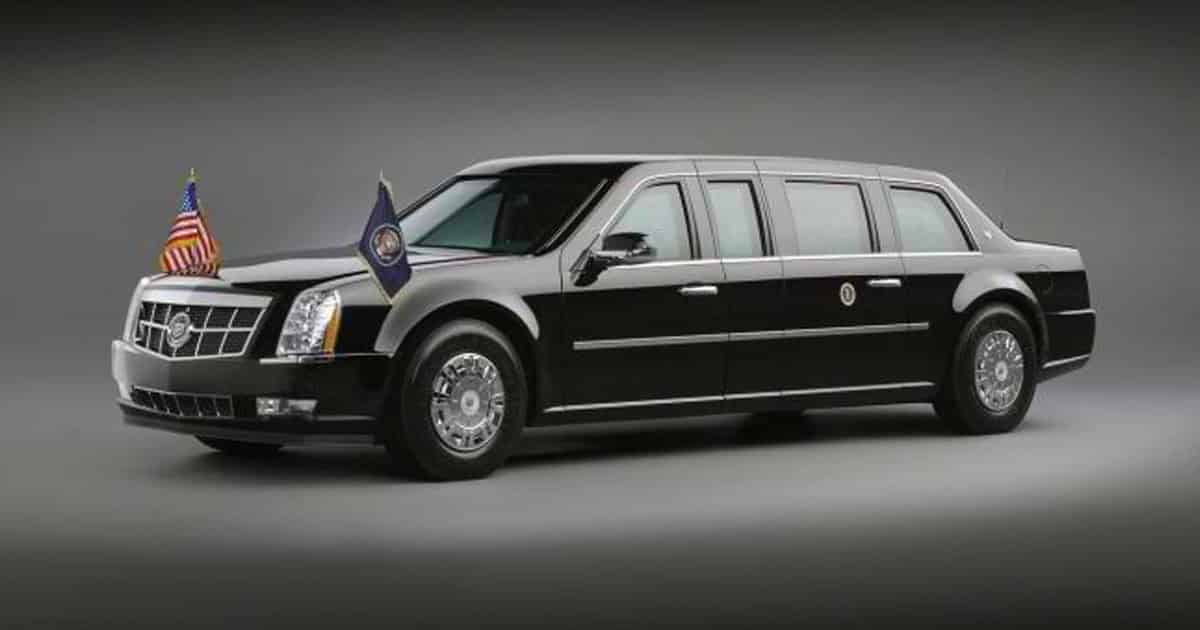 It even has night vision cameras, GPS tracking, and satellite communication system which will allow President Trump to always stay in contact regardless of the conditions.

The current Cadillac One first made a public appearance back in 2009. Experts estimate that it costs about $1.5million, weighs about 8 tons, and has a maximum speed of 60mph.

Understandably, some details about the presidential vehicle remain concealed from the public. 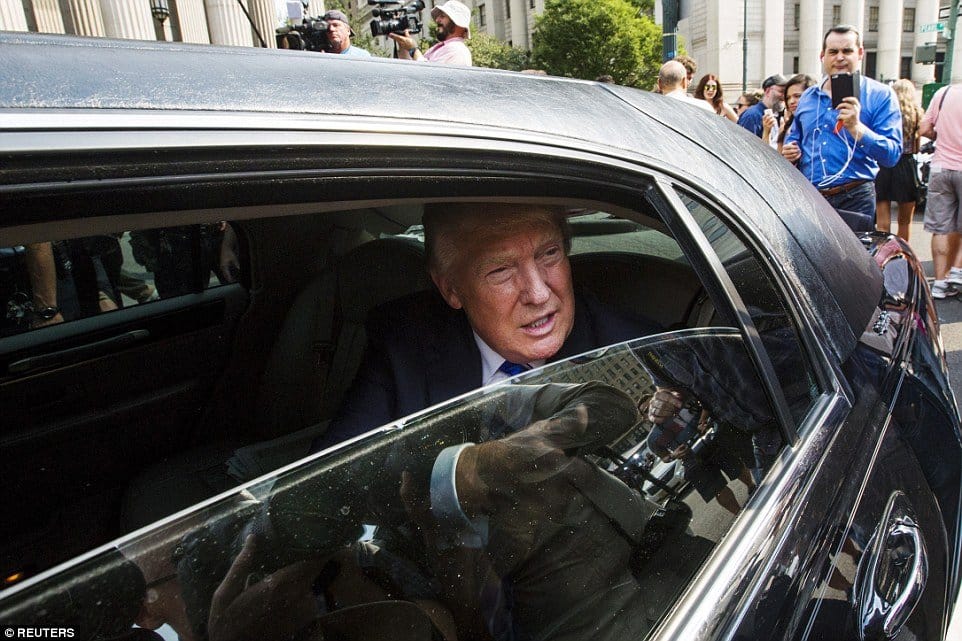 However, images of the recent model show us that the limo is capable of protecting the new presidential family with its underside being impervious to road side bombs.

In 2014, the Secret Service proposed a replacement of the Cadillac One and now the new ‘Beast’ will take the place of around 12 cars used by President Barack Obama since 2009. 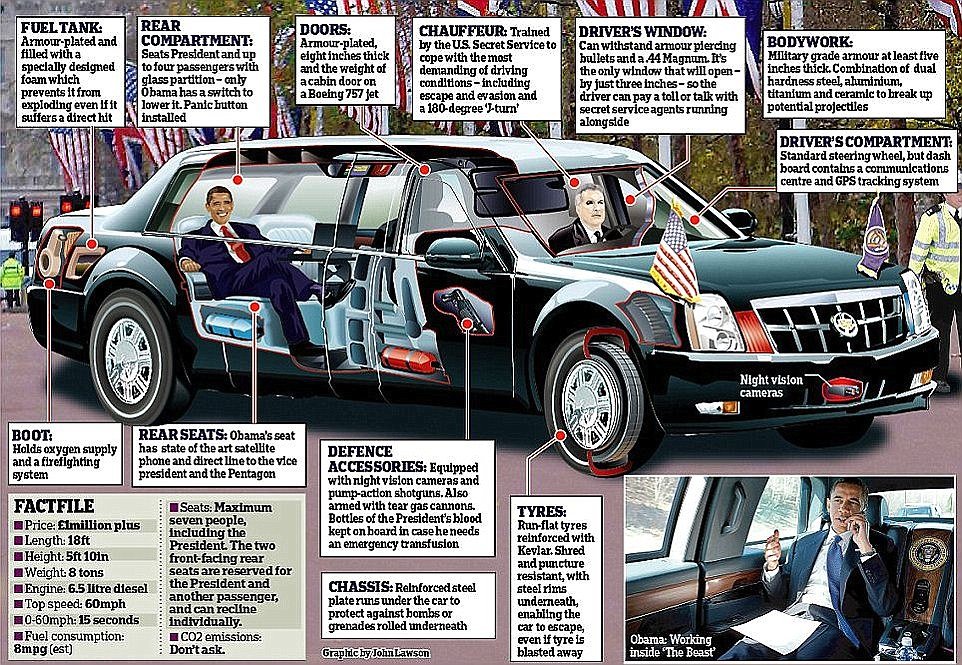 According to reports, General Motors has been paid $15million to create the presidential vehicle.