Because of hardships of life, many of us hope for miraculous feats and divine answers. While not everyone’s prayers get answered, people still faithfully wait for the ubiquitous power to intervene, one way or another.

The same is true for a couple from Texas who witnessed an unexpected sign from the heavens that seems to assure them that everything will be alright.

Texas man Ferraro was driving with his wife along Highway 105 in Montgomery northeast of Houston when they saw an unexpected scene that seemingly exudes a literal “message from the heavens”. On July 30, the 57-year-old Texas resident shared an image of a cloud formation that he deemed akin to an angel with open arms in the sky.

The cloud formation was dubbed the “Texas Angel.” 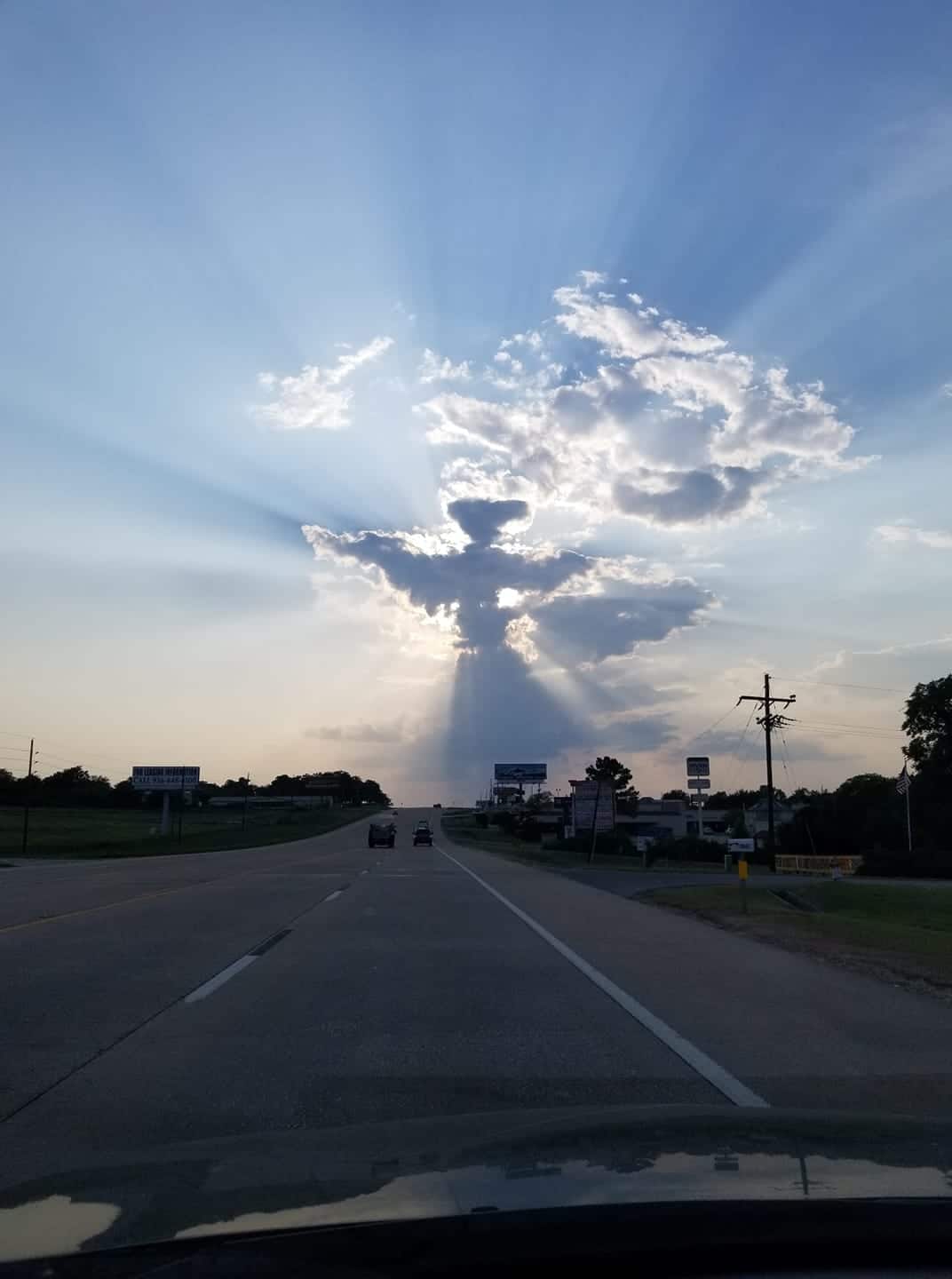 Speaking to local media, Ferraro explained that his family was experiencing problems and how their feelings were transformed when they saw the awe-inspiring scene.

“On Monday evening we were heading to deal with more (family) issues and really dreading it,” he told CBS 4.

“As we turned west on Highway 105 in Montgomery, I immediately noticed the cloud formation and the brilliant rays of sun straight ahead of us, and I told Carmen (Ferraro’s wife), ‘Wow, look at that!’”

The couple, who was also celebrating their first month of marriage, felt blessed to have witnessed the image and took it as a sign that God is calming their troubled hearts.

“We both saw the angel and felt it meant that everything would be OK. I just felt like God was saying, ‘I’m always with you.’ I don’t know how many others saw it, but I’m sure it meant something special to everyone who did.”

The couple reportedly considers themselves as Christians, which may be why they took the unusual cloud formation as a divine message. The image, which Ferraro shared on his Facebook page and dubbed as “Texas Angel,” has since become viral on the social media platform with over 2,000 reactions.

Almost 800 people also posted comments, including some who shared Ferraro’s interpretation of the image and his faith.