South Korea soared from being one of the poorest countries to being the 12th largest economy worldwide.

The sudden financial buildup came with serious repercussions, however, as the number of suicides in the country significantly increased. The World Health Organization (WHO) said that for every 100,000 South Koreans, approximately 28.9 committed suicide. It came second to Guyana, a small country in South America, where 44.2 people committed suicide per 100,000.

At least 40 South Koreans commit suicide every day due to the extreme pressures of modern life, which cause stress and depression to its people. 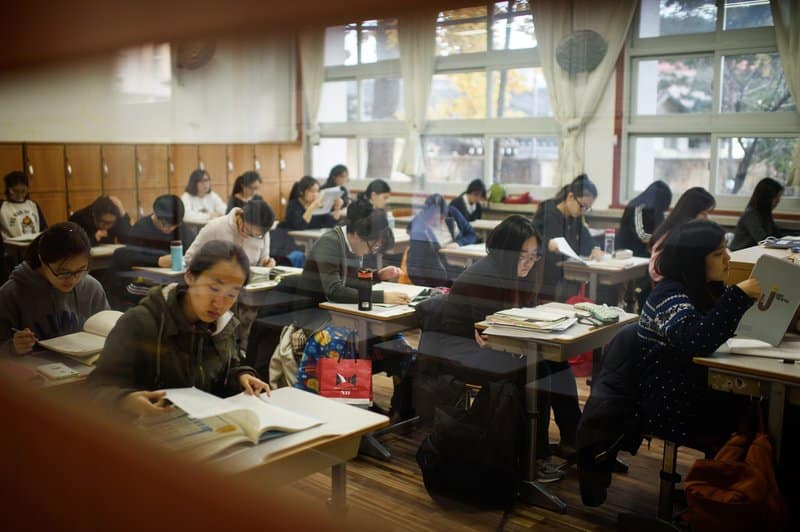 The society pushes the teenagers to succeed, which is probably why most suicides occur in November during the students’ college entrance exams. The test results are crucial for these teens because it will determine which school they can attend. Only three schools are “considered top-tier by future employers” thus, it’s a ruthless competition. It is so critical that they do not allow planes to fly during examination day “for fear of disturbing the kids,” NPR reported.

As for the middle-aged and the elderly, they usually commit suicide due to financial burdens.

But, the country’s response to this alarming crisis is considerably far-fetched. 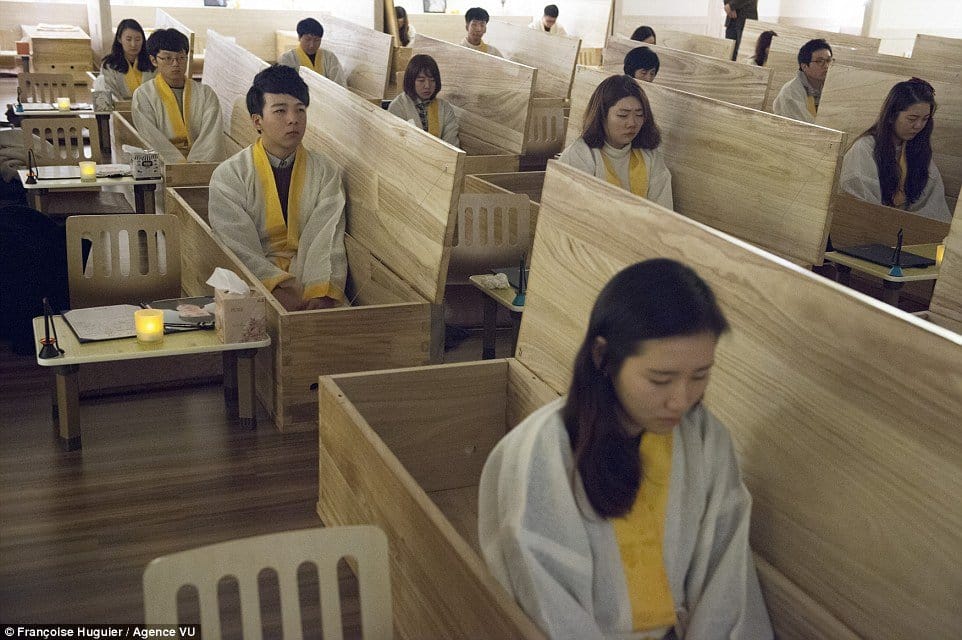 South Korea established “Death Experience” schools to show their citizens how it’s like to be dead. This way, people will learn how to appreciate life again.

Jeong Yong-mun, a former funeral company employee who is now the head of Seoul Hyowon Healing Center, claims that the business is booming.

Wearing their traditional dress, the students will lie inside coffins and have their funeral portraits taken. 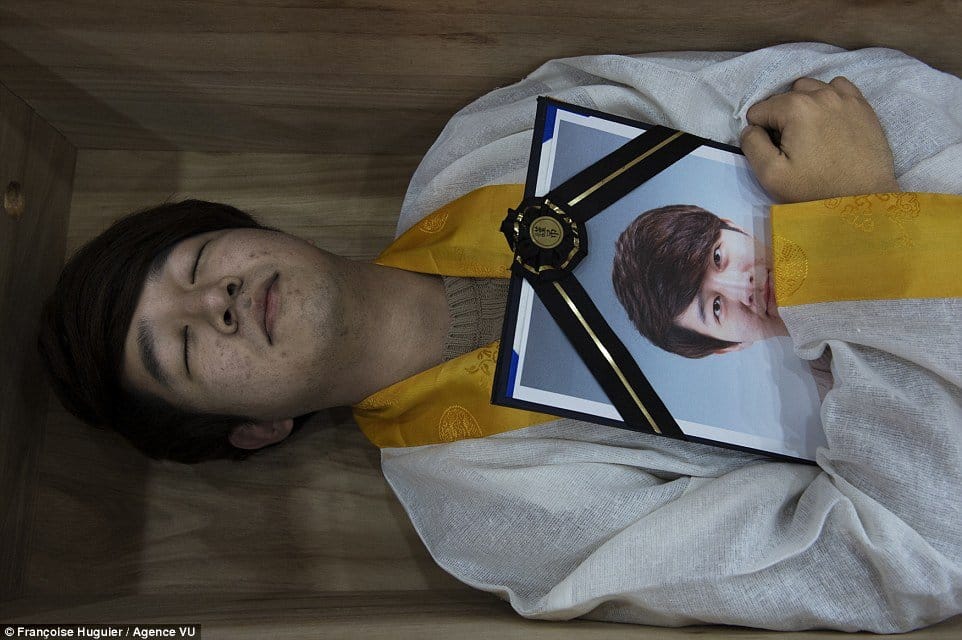 This signifies the commencement of the false interment ceremony 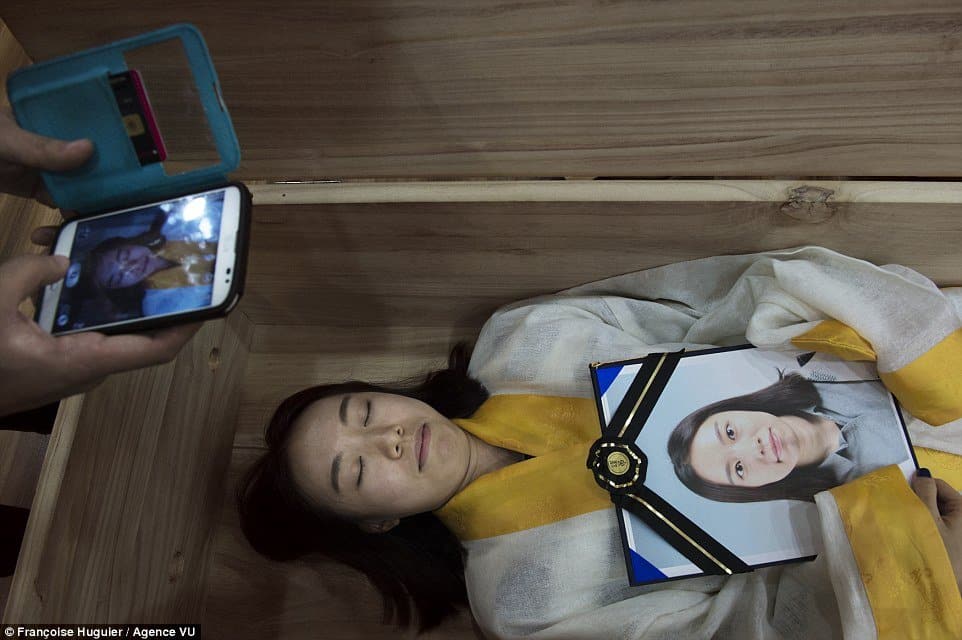