True love lasts forever. Well, that’s for those who have found their “one great love.” A lot of people have keepsakes to remind them of a person or a relationship they treasure dearly. Some mementos are so simple, others may not even notice that these items are important and precious.

A daughter in Japan finally unveiled why her dad wears the same shirt every day, which he patiently repairs whenever it incurs damage. Every time there are holes in the shirt, he would carefully sew and repair them.

The daughter wondered why her dad wears the same shirt almost every day and during special occasions. 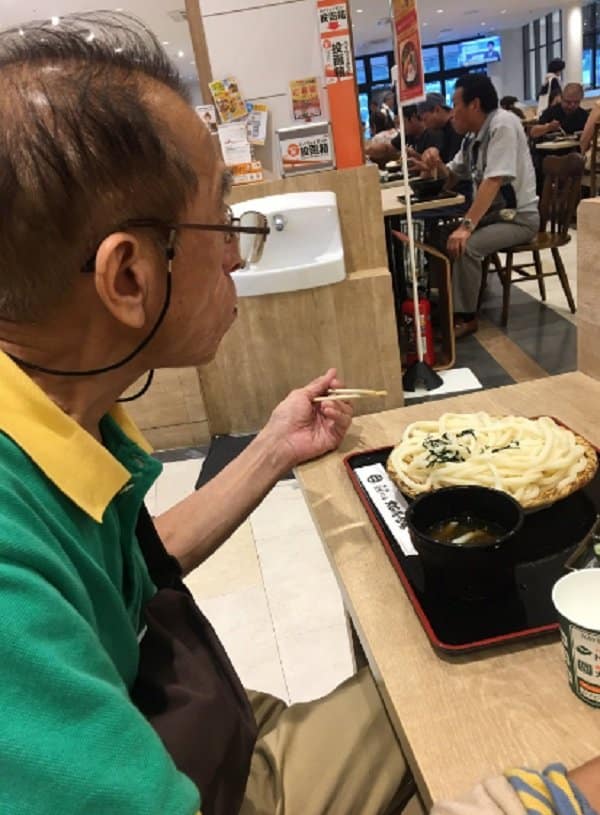 “I wondered why he kept on wearing that old polo shirt. Why didn’t he just buy a new one? I never imagined that the polo shirt would contain such a special memory for him.”

The photos she discovered finally revealed the reason behind it. 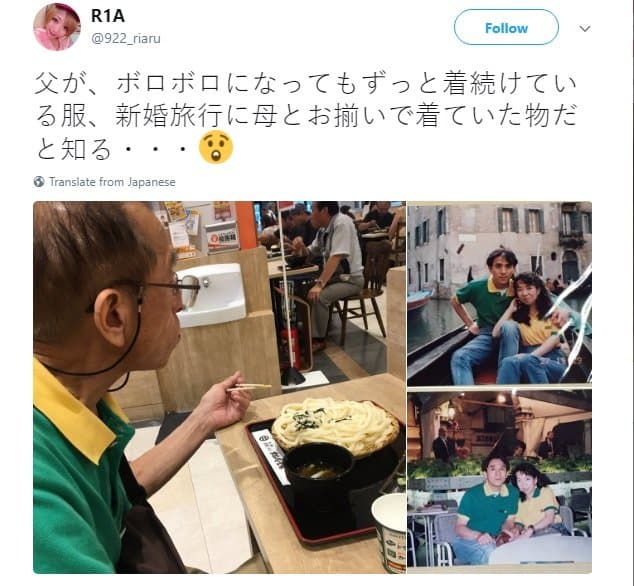 One day, the daughter was going through the things of her late grandfather. Among the things she found were the photos of her mom and dad during their honeymoon.

She has now found out why her dad wears the old shirt. Apparently, it was the same shirt he wore during his honeymoon. 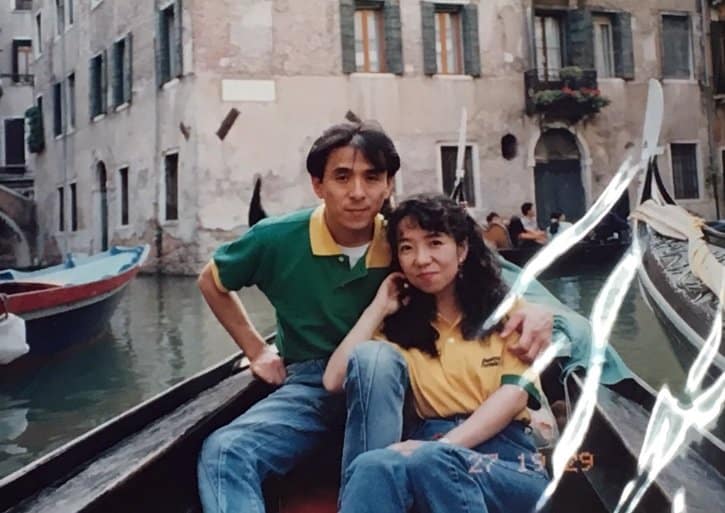 The couple donned a matching shirt – her dad wore a green shirt while her mom wore a yellow shirt.

Her mother died of cancer 18 years ago and the photo has proven that her dad is lovingly using the shirt in memory of his late wife. He carefully repairs the shirt to keep it in top shape because it reminds him of his wife. 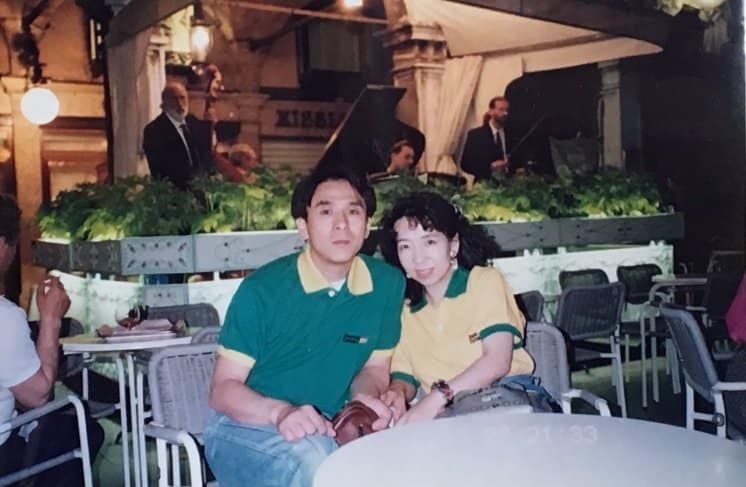 “True love is eternal, infinite, and always like itself. It is equal and pure, without violent demonstrations: it is seen with white hairs and is always young in the heart.” – Honore de Balzac