Introducing your child to your world, your likes and dislikes will most likely influence his or her interests as well. If you love nature, connect with her by taking nature walks. If you want her to have some sense of adventure, bungee jump with her – or not. That idea might be considered too extreme especially for someone as young as two years old, but that’s what a father in Malaysia just did.

A heart-stopping video of the extreme moment a father took his toddler daughter to bungee jumping made the rounds online. Malaysian reality star Redha Rozlan is now being criticized for his decision to allow his daughter to take the plunge with him.

Rozlan held his daughter in his arms before plunging almost 200 ft in a bungee jump. 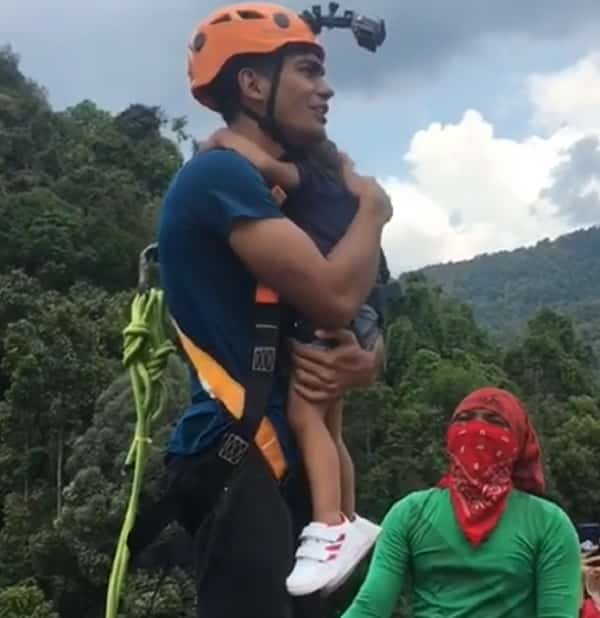 He hugged his daughter then patted her back before waiting for the countdown. 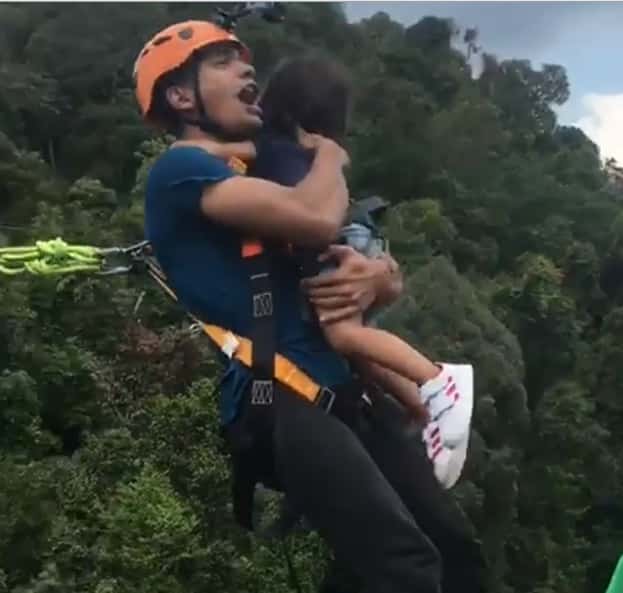 Without warning, the duo was pulled backwards off the bridge in Kuala Kuba Bharu. 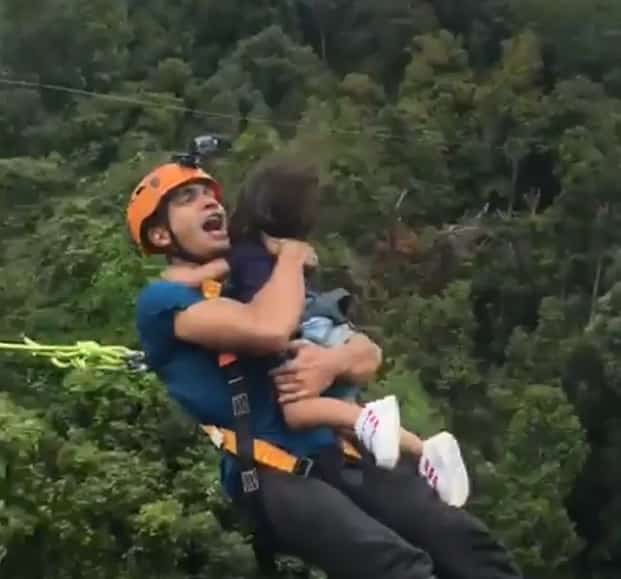 The toddler named Mecca Mikaela held on tightly to her father’s shoulder as they dropped into the gorge below. After the video was uploaded on social media, Rozlan was showered with negative comments from the online community, particularly pointing out his careless parenting.

However, Rozlan argued that Mikaela was wearing the proper gear and that she had a safety harness on.

The safety gear wasn't clearly seen on the video but obviously, the little girl wasn't wearing a helmet. 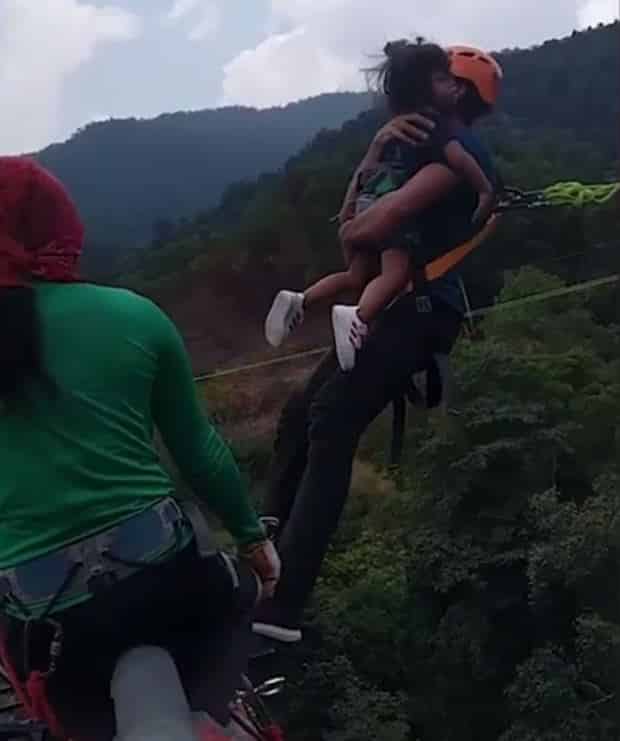 In response to his haters, Rozlan wrote:

“Chill, guys. Don’t try with your kids if your kids [are] not ready for this.”

Rozlan explained that he didn't force Mikaela to take the jump with him. 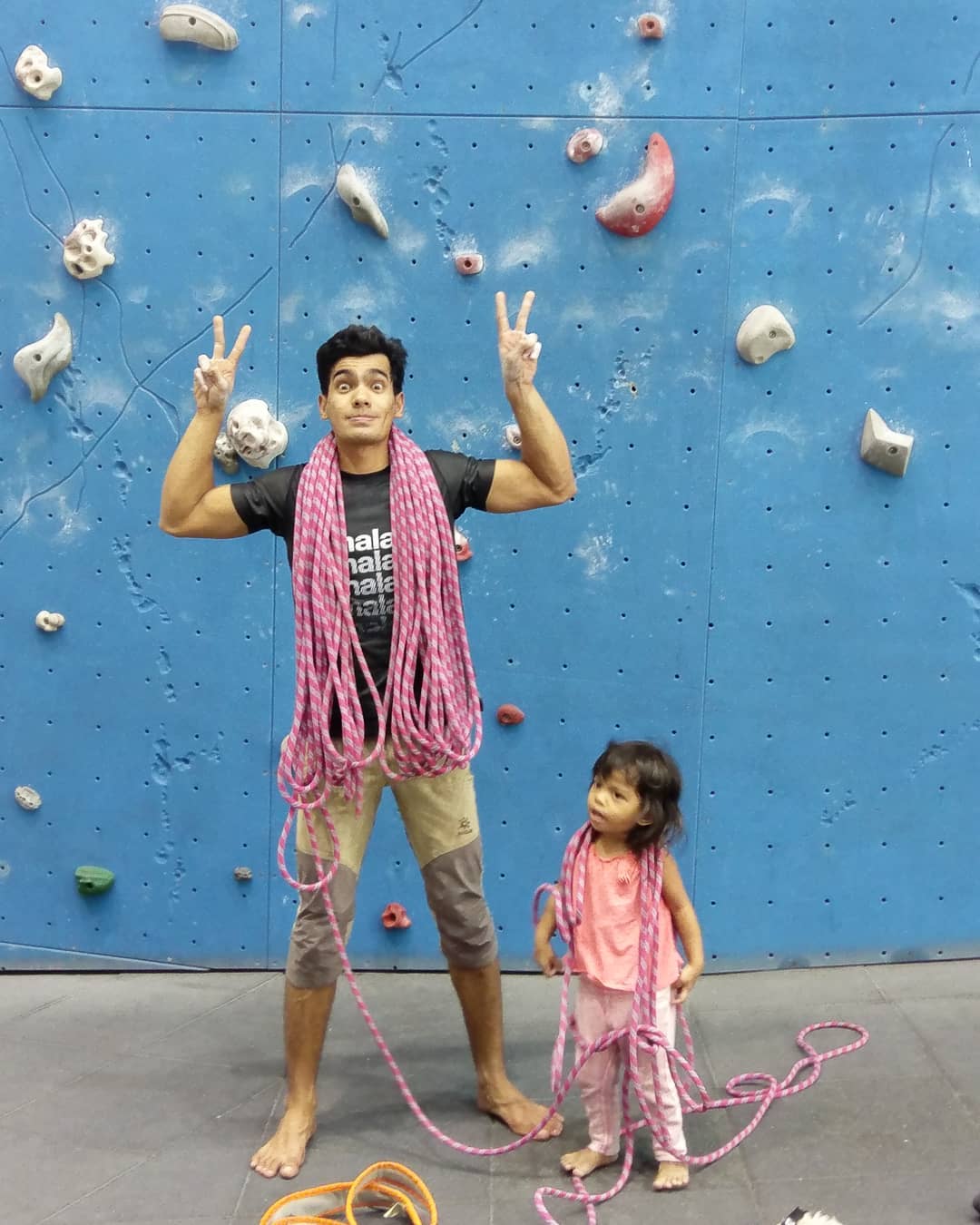 He said it was his daughter who actually wanted to go bungee jump so bad. The father added that his little girl enjoyed the moment and asked to go jump again.

“Rope spring jump is an extreme sport and dangerous and there is a high likelihood of the motions in such an activity causing physical injury to her. I have never heard of any child of that age being allowed to participate in such extreme sports.”

Rozlan and the company operating the bungee jump could be charged for endangering a child’s life.