Craig Saucier is an expert skydiver. In fact, he’s been doing it for 16 years. He has jumped from biplanes, gyrocopters, ultralights, and even powered parachutes. However, he has never attempted a crazier stunt than what he recently did – he jumped out of a vintage warplane and he did so to help announce the gender of his friend’s baby.

It was clearly an ambitious idea but he was immediately onboard when they came up with the concept – he jumps out from a plane with PJ tavernit, a fellow jumper, and a blue or pink smoke would trail from their bodies to reveal the child’s gender.

Originally, their plan was to take the leap from the Beechcraft Bonanza, an aircraft perfect for such a stunt since it was a large cargo opening. However, the Beechcraft had mechanical issues and so they had to settle for something else. 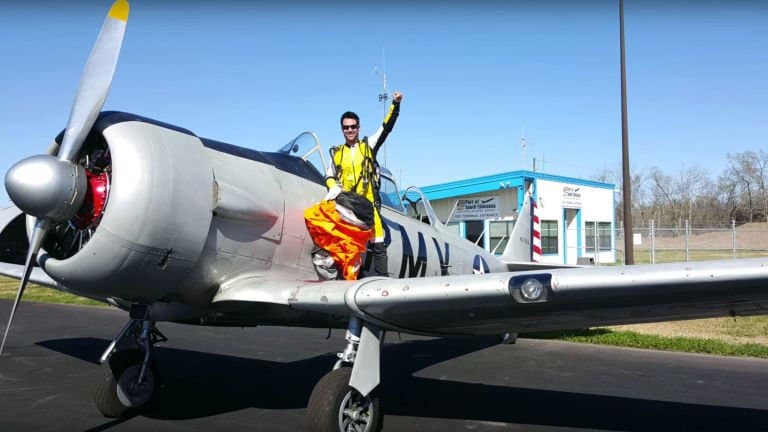 Needless to say, the aircraft wasn’t built for skydiving – but Saucier took the risky jump anyway! 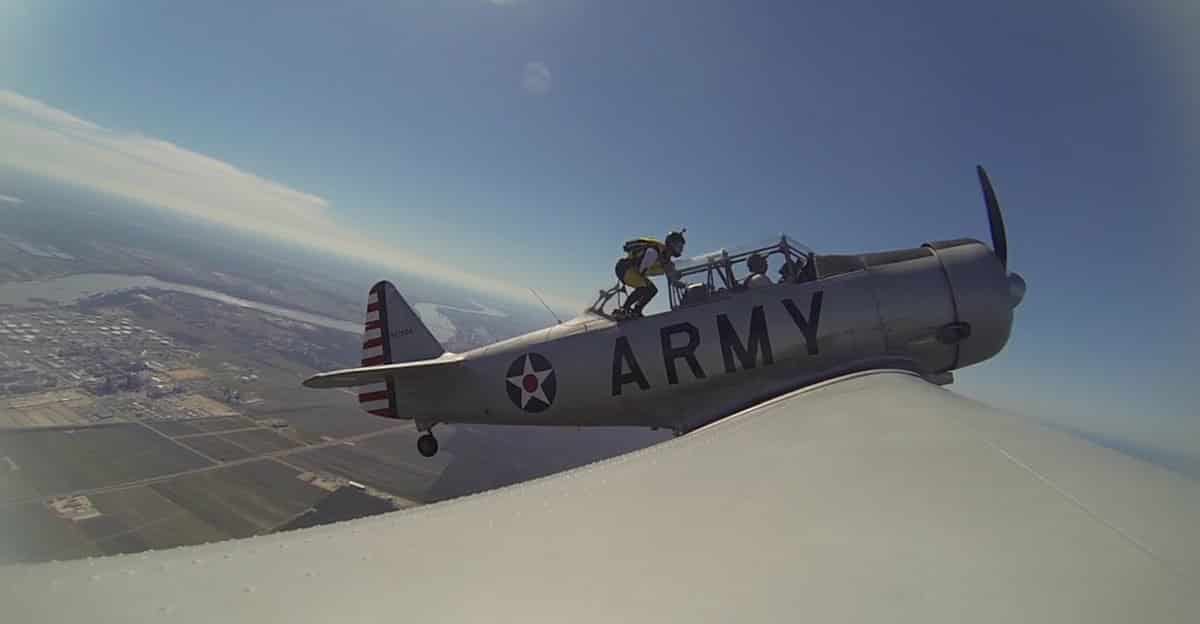 Owned by Sonny Schilleci, the 65-year-old plane isn’t exactly built for skydiving. Besides, the World War II trainer does not have a cargo door and so the jumper would have to climb up and jump straight from the canopy.

On top of that, the T-6 only had a 600-hp Pratt & Whitney Wasp radial engine, making it impossible to slow down to match the advisable exit airspeed. This meant jumping would be really difficult and risky. One wrong move and things will surely take an ugly turn.

Fortunately, the jump was a success!

Fortunately, the jump was a massive success. The video even became a viral sensation when websites such as Popular Mechanics picked up on the story.

When asked for his future stunt plans, Saucier simply said “I don’t have any plans at the moment but I always have my eyes and ears open for the next opportunity.”

Well, let’s hope it isn’t as crazy or as risky as this one.