A chiropractor and his wife have died of suicide after jumping from the 9th floor of a building in New York. They left a note saying they are experiencing financial woes and couldn’t afford health care.

Glenn Scarpelli, 53, and Patricia, 50, left a suicide note saying “Life was wonderful.” The suicide note was recovered from a Ziploc bag inside each of their pockets. The letter contained notes describing their financial spiral.

The couple leaped together in a double suicide. 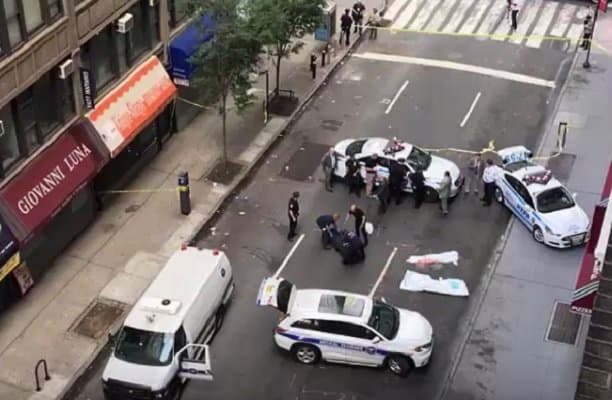 The double suicide left their neighbors and friends stunned. Adam Lamb, a fellow chiropractor who knew the couple for 16 years, said:

“I just don’t understand why this would happen, why they would do this to their kids.”

In the letter of Patricia, she included the information of family and friends to be contacted,New York Post reported. Patricia also asked for their two children to be taken care of namely Joseph, 19, and Isabella, 20.

The Madison Avenue building where the couple jumped off. 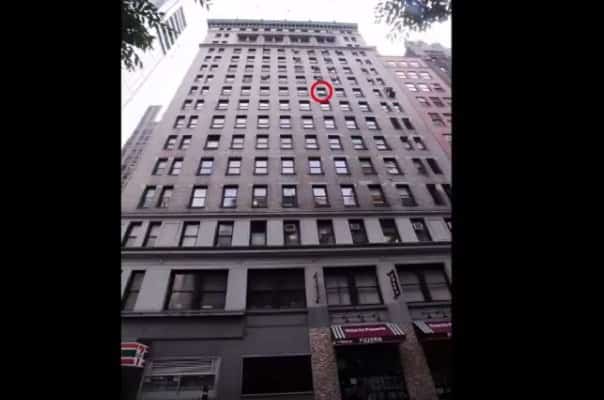 Daily Mail reported that the family had a history of financial problems. In fact, Mr. Scarpelli has been pursued in various outstanding tax woes by federal authorities since 1998. He failed to pay back a loan issued in 2000. The financial records show that he has about $213,000 outstanding debt to the federal government and about $42,000 unpaid taxes to the state.

Scarpelli ran the Madison Wellness Center with Patricia, who worked as the receptionist. However, days before the double suicide, a neighbor saw the couple throw out several items like lamps and trash bags on the street. Moreover, the couple also asked the local mail carrier a change of address at their office.

The couple recently moved from their residence to their office with trash bags filled with belongings. They jumped off the Madison Avenue building, where their office is located.

In a speech their son, Joseph gave in his former school in the past, he said that his parents gave him advice on how to cope if he lost everyone he loves.

“My parents repeatedly told me that I could wake up one day and lose everyone I love, but no one will ever be able to take away my faith.”

Joseph goes to the University of Miami School of Business Administration while Isabella attends school at St. Edwards University in Texas.