A police officer from Halifax has captured the hearts of netizens across the world because of a candid photo that eventually went viral. Now he’s become some sort of internet celebrity!

Constable Shawn Curie was photographed on Spring Garden Road, relaxing with his legs outstretched and chatting with a street performer. Bruno Baurin, a federal worker, captured the image when he spotted the two men while he was having a lunch break.

He later posted the said photo on Facebook and it eventually took life on its own as it earned thousands of likes and shares. 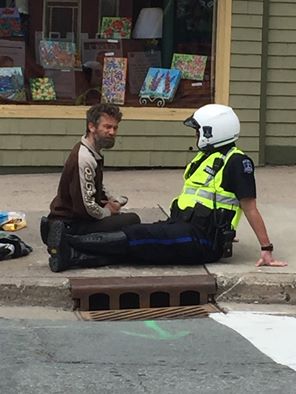 “Here’s a great image of two people from two different worlds… that took the time to share something in common. One’s trying to survive, and the other one is trying to help the other one survive.”

“This is an awesome picture… [it] shows compassion and a dedication to his job. It is better to be on a human level for situations like this and not look down from above in an authoritative manner. Well done officer.”

“Sharing and caring. Great people make this world a better place!! Thank you for your service!”

“Compassion for fellow man. Did this many times during my nursing career. You’d be surprised how smart and successful these people are! They just couldn’t run the complicated rat race life has become!”

Countless netizens were touched by the cop’s example of kindness. 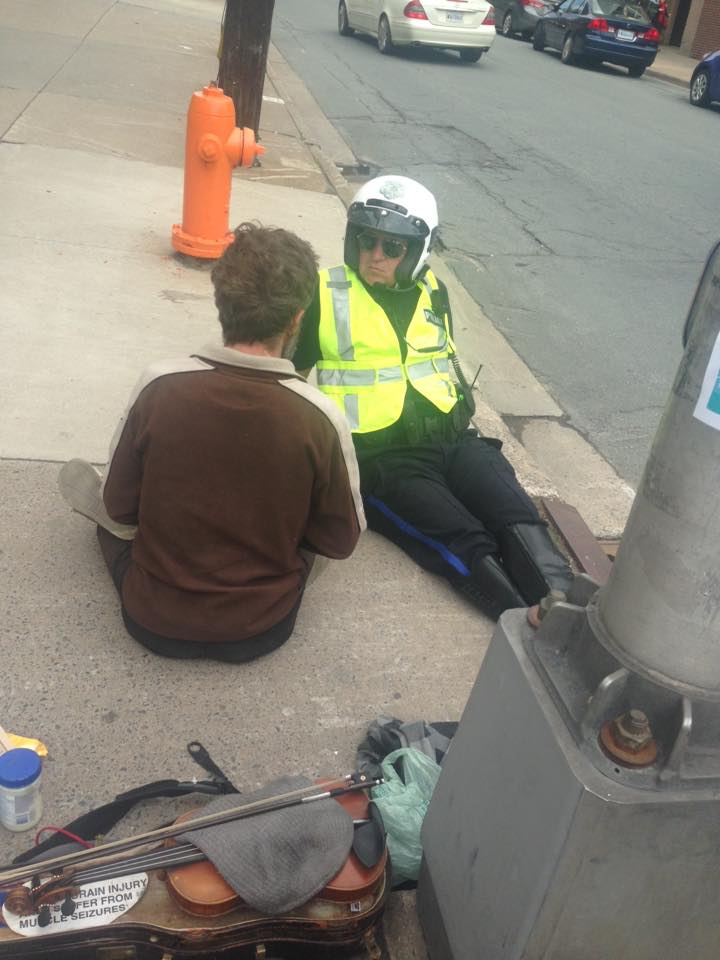 Still, it is surprising how some people have seen the photo in negative light. There are those who are saying that there is nothing special about it or that it was just probably a “propaganda.”

Peter Mcneil was quick to point out:

“I love the haters on this post. Ask yourself, when was the last time you stopped and sat on the sidewalk and spoke with a homeless person or panhandler / fellow human being? Good on this man, cop or not.”

I actually agree. Personally, I think it’s refreshing to see a police officer getting some credit for going beyond his duty.