Have you ever looked in the mirror and your reflection simply shocked you? A cat has just discovered that it has pointy little ears when it saw a glimpse of itself in a mirror. The adorable kitten was thoroughly confused with its own appearance.

Mimo is a Scottish Straight that also happens to be an internet sensation. The little cat’s owner recently recorded Mimo seeing himself in the mirror. The video confirmed that the kitten recognized himself right away. However, it also showed the poor Mimo being confused by his own pointy ears.

This adorable cat can’t get enough of his own reflection. 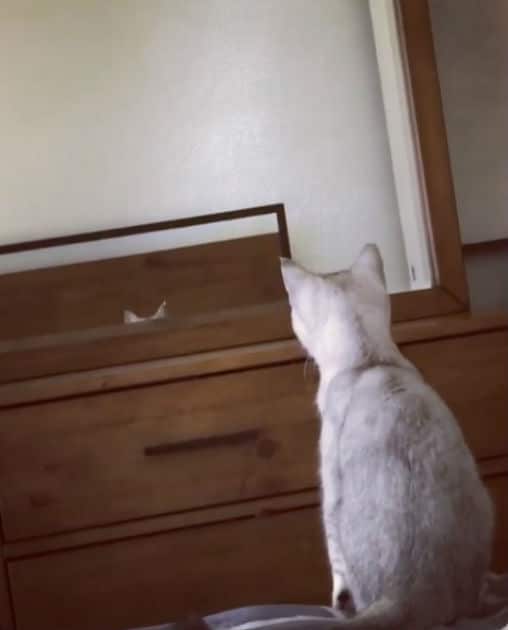 In the video, Mimo carefully steps over the bed to get a better look at himself in the mirror. He looks at himself for a few moments, changes position, then rises on his hind legs.

At first, it looks like the kitten is trying to see his reflection clearly. However, Mimo then reaches up and begins touching his ears.

The confused cat clearly can’t believe how pointy his ears look. Mimo settles down for a moment before turning back to the mirror to continue fussing over his little ears.

“Ugh, why didn’t you tell me my ears were sticking up like that?!” 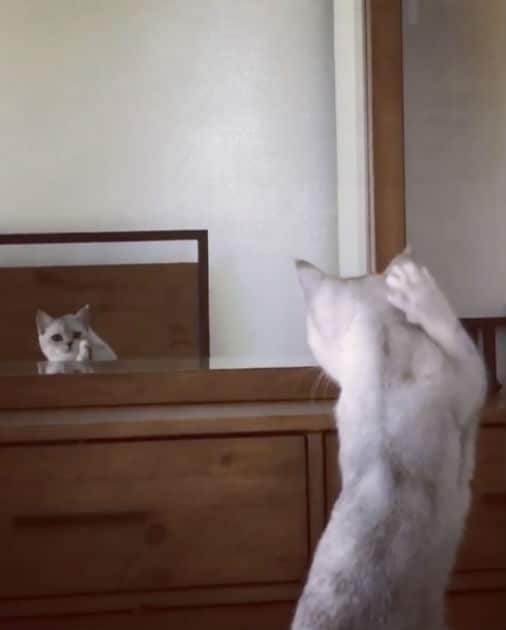 The adorable video has a lot of people praising Mimo for his incredible reaction. Some pointed out that the kitten is incredibly smart for being self-aware. Others also stated that the cat may have been confused by his appearance because he thought he looked like the humans around him.

There are only a few animals that are self-aware and would pass the mirror test. These animals include orangutans, elephants, dolphins, gorillas, and orcas. Mimo’s video confirms that cats can be self-aware as well.

There is little doubt that Mimo is a cat to watch out for. You can follow the adorable kitten on Instagram @mimothekitten for more awesome videos.