YouTuber Colin Furze’s profile looks kinda strange. According to Wikipedia, he is an inventor, a stuntman, a plumber, and a filmmaker. Well, now he can add apocalyptic bunker builder to that odd list.

Colin was tapped to do promotional work for sci-fi comedy-drama TV show “You, Me & the Apocalypse.” Interested about the idea, he asked himself what he would if he finds out that the world is going to end in 34 days.

His answer? He’s going to build an underground bunker that can survive the apocalypse!

YouTuber Colin Furze decided to build a bunker that can survive the apocalypse. 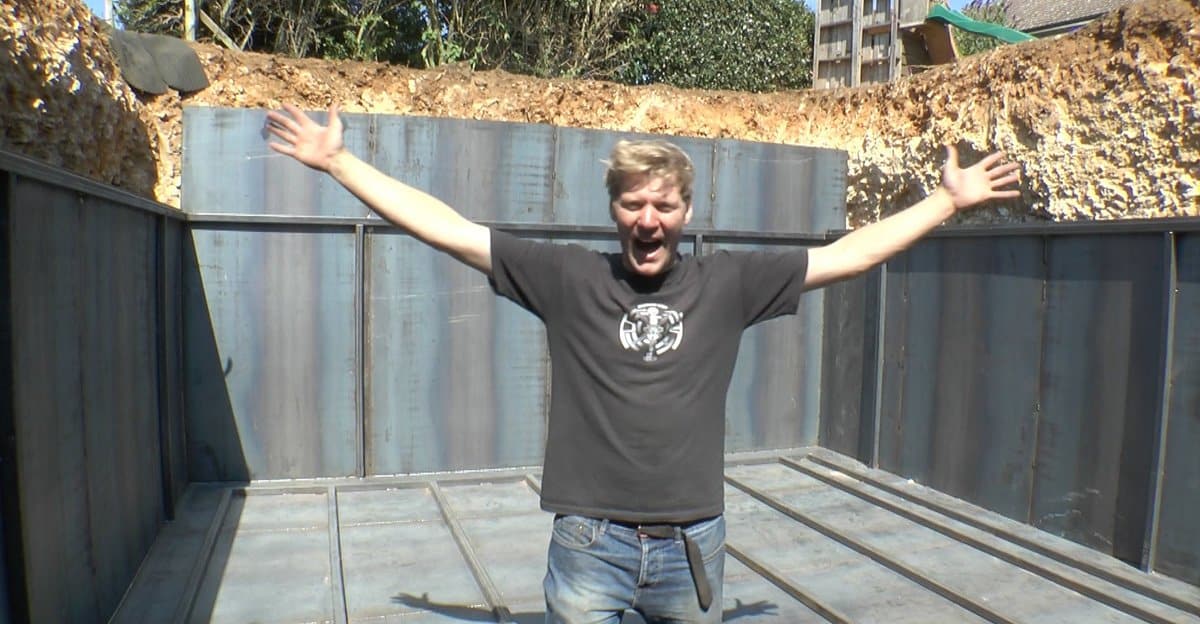 Over a series of videos uploaded on his channel, Furze showed the bunker in various stages – from planning to the actual construction.

His grand plan is to build an underground bunker in his back garden. According to Colin:

“I have dreamt of this for a while now to go with my superhero mods and crazy inventions so when asked what I would do if faced with the end of the world the 2 ideas become one and so here we go I’m building a full scale full on bunker in my own back yard……..and someone else is paying (for it)!”

This is the first video where he lays out the basic plan:

“This is the thing of dreams,” he exclaimed! “And it’s all gonna happen behind my house!”

Second, he brought in a digger and a dumptruck to remove the soil and dig the pit:

Colin shared on the video description:

“The diggers are in and I’ve ripped up my back garden and turned it into a quarry. Only now can I see the scale of this project… this one’s BIG.”

Next, he laid out shelter floors and built walls from steel:

This one took a lot of welding work but it’s all necessary to make an “excellent safe house and super villain lair,” said Colin.

Finally, he had the entire thing cemented and supported by beams:

Check out the final result of the project.