Everybody loves Chris Pratt! We’ve all known the guy as Andy from Parks and Recreation and then he eventually hit mainstream success as Peter Quill/Star-Lord, one of the heroes of that smash-hit 2014 Marvel blockbuster Guardians of the Galaxy.

He’s been getting a lot of awesome roles since then. I mean he was in Jurassic World and he’ll be staring side-by-side with media darling Jennifer Lawrence in Passengers.

As a fan myself, I simply couldn’t help but be happy for him. Besides, Pratt was once homeless and his rags-to-riches story is absolutely inspiring. The guy used to live in a van!

Well thanks to a new video that recently resurfaced online, we learn some bits about his past life – he loved listening to Eminem’s music and can bust some sick rap himself!

In a DJ Whoo Kid radio show guesting, Pratt revealed that he listened to Eminem’s ‘Chronic 2001’ album and then said he has memorized all the songs. 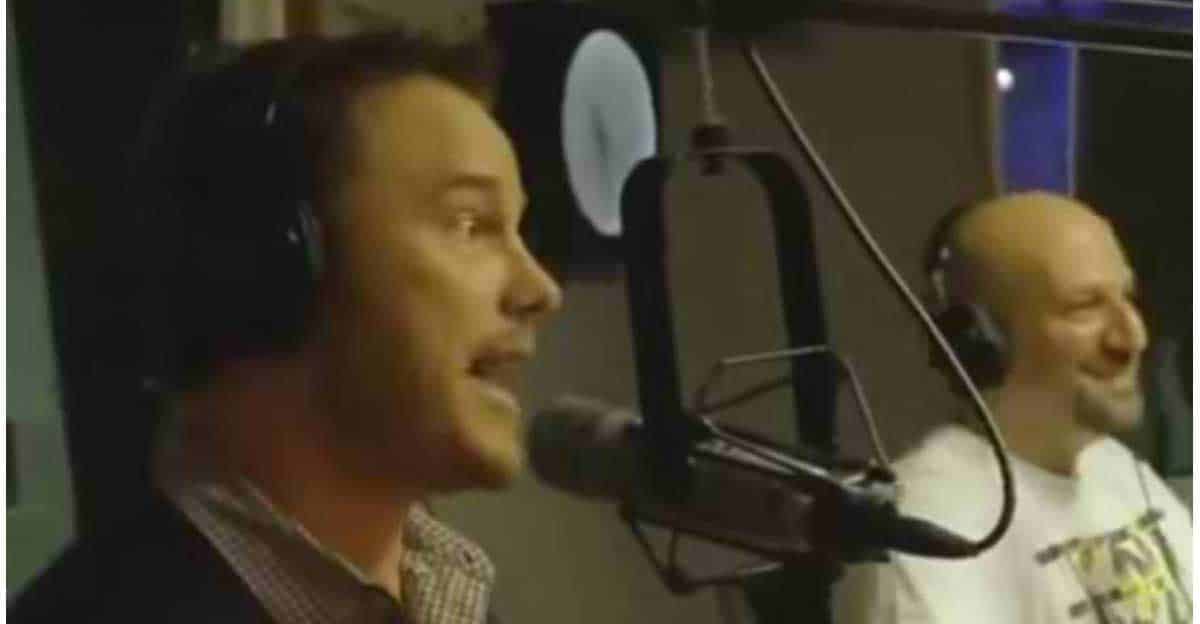 In his own words, Pratt said:

“Me and my friend lived in a van in Maui and we listened to that and smoked weed every day. I know every word to that album.”

Naturally, the DJ challenged him to prove his claims – and so he did! He started rapping a verse from ‘Forget About Dre’ and did it pretty flawlessly.

I couldn’t help but be impressed!

As if that wasn’t mindblowing enough, a guy from YouTube named treytech decided to take the footage and added to add the original beat of the song.

The result, needless to say, is absolutely insane!

So yes, Star-Lord can save the galaxy not only with his dance-off moves but with superb rapping skills.

Hands down to you, Chris! You’ve made us all love you even more.