Some people believe in superstitions and those of us who don’t should respect that. We are entitled to our own beliefs and if some find comfort in old practices, we don’t have the right to sway them from it. But when these superstitions become the cause of hassle and safety of other people, this is when we should draw the line.

An elderly female passenger caused a massive delay in a China Southern Airlines flight because of something she did for “good luck”; she threw coins at the plane’s engine! She disposed nine coins and only one of them landed on the engine, but it was enough for the airline to delay the flight and evacuate its 150 passengers. 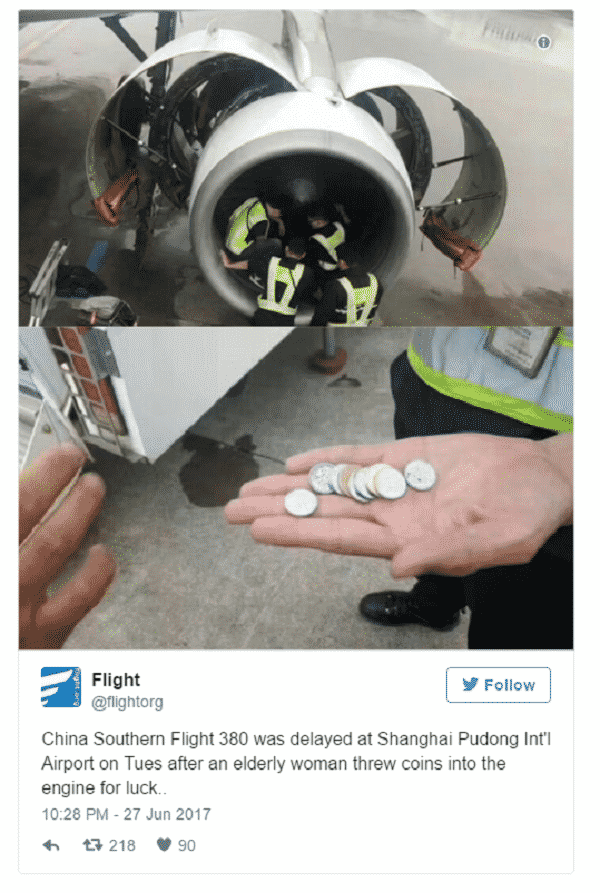 According to the report, A passenger reportedly noticed the bizarre behavior of the 80-year old woman and alerted the authorities. This prompted the police to head to the Shanghai Pudong International Airport to check on it.

The woman was later taken away for questioning by the police. She was travelling with her husband, her daughter, and her son-in-law. She reportedly prayed for safety as she was launching the coins and targeting the plane’s engine.

“In order to make sure the flight is safe, China Southern maintenance has conducted a full examination of the plane’s engine,” the airline said in a statement. 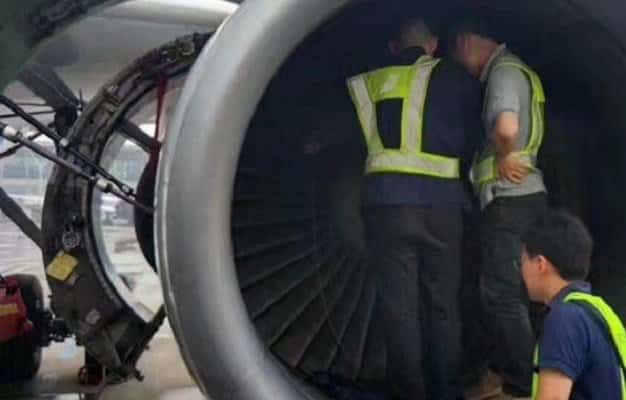 The police collected the coins which amounted to 1.7 yuan.

“After an investigation the involved passenger, surnamed Qiu, said she threw the coins to pray for safety. According to Qiu’s neighbour, Qiu believes in Buddhism,” the police said.

The woman’s action resulted to a five-hour delay for the flight. Fortunately, the plane arrived safely in Ghuangzhou.

The incident prompted China Southern Airlines to remind passengers of the importance of complying with civil aviation laws and regulations. They urge passengers not to engage in behavior that can compromise the safety of those onboard during flights.