What do you do when the path you’re walking on suddenly threatens to disappear in front of you? 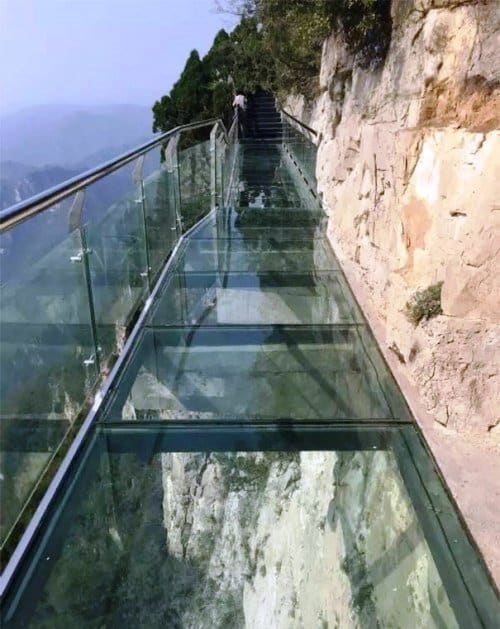 And the ensuing panic sent hundreds of tourists screaming and stampeding across the transparent suspension bridge more than 3,500 feet above the ground. 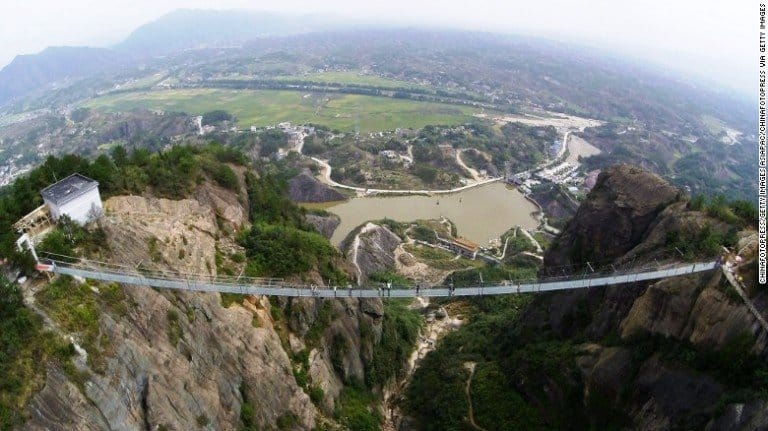 Right under their feet was a dizzying drop of more than 3,000 feet, and by week one, millions of selfies and groufies taken on the bridge flooded social media…tourists walking on their own looking like it was no big deal, people daring each other to cross first, trembling visitors practically crawling across with their eyes closed, and others having to be dragged hand and foot by their friends. 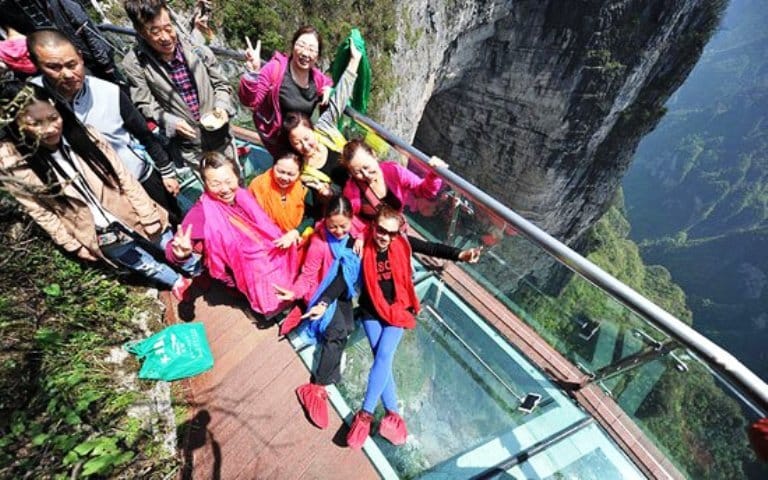 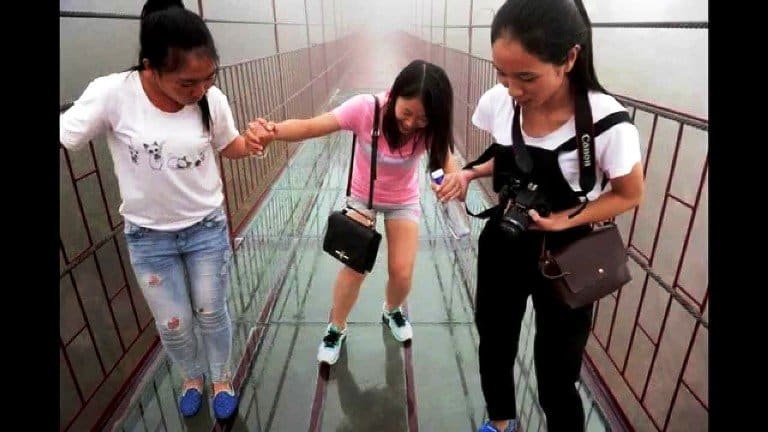 Two weeks later, the glass suspension bridge constructed out of 2.7-centimeter thick glass touted to be able to withstand 800 kilograms (1,700+ pounds) per square meter cracked with a loud bang, causing a section of the walkway to shake underfoot….

And sending a panicked stampede of screaming tourists pushing at each other violently and trying to reach safety.

Is this a sign China is ready to crack? 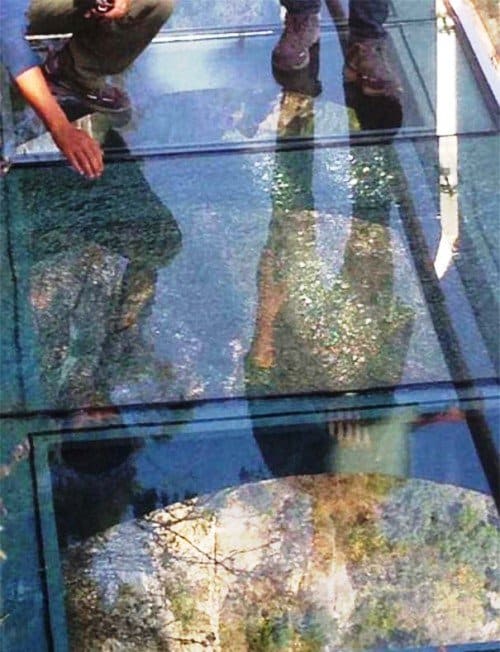 Apparently, someone had dropped a stainless steel cup on one of the glass panels, and whether it was intentional or an accident, the incident cause wide-spread terror as horrified visitors faced their imminent death from thousands of feet up in the air.

Except for near bouts of nervous breakdowns, spikes in blood pressure levels, and throats sore from screaming, no one was injured in the incident, and the park’s management immediately closed the place to tourists pending replacement of the cracked glass panel…just two weeks after they told the whole world the bridge was dense and strong enough to withstand tourists jumping on it.

Meanwhile, in China’s Hunan Province, 186 miles away from poor, cracked Shinuizhai, another glass bridge is nearing completion. When opened it will become the longest and highest glass bridge in the world.

Looks like the next “Tower of Babel” has found its way to China. 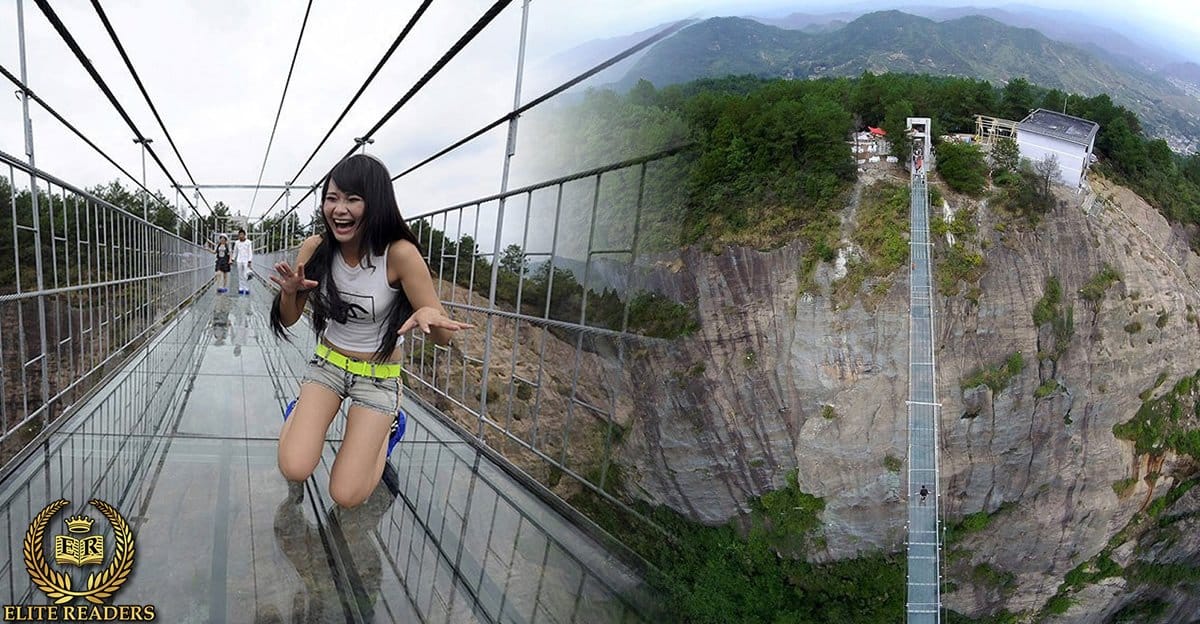