Dubbed as the “Hero Bridge”, the world’s longest glass-bottomed bridge suspended 590 feet (180 meters) in the air and spans 984 feet (300 meters)  will definitely make your palms sweat.

Located in Shiniuzhai National Geological Park in Hunan, China, the terrifying bridge connects the gap between the two cliffs of Stone Buddha Mountain.

Eleven engineers worked 12 hours a day to convert the walkway previously made of wood into a glass bridge.

The floor is made of double-layered glass and each plate glass is only 24 mm (0.94 in) thick but is actually 25 times stronger than regular window glass. The main ropes holding the bridge in place are 53 mm in diameter.

Several photos of terrified tourists trying to cross the insane bridge have surfaced online. We can only imagine what they’re going through.

Are you brave enough to cross this bridge? 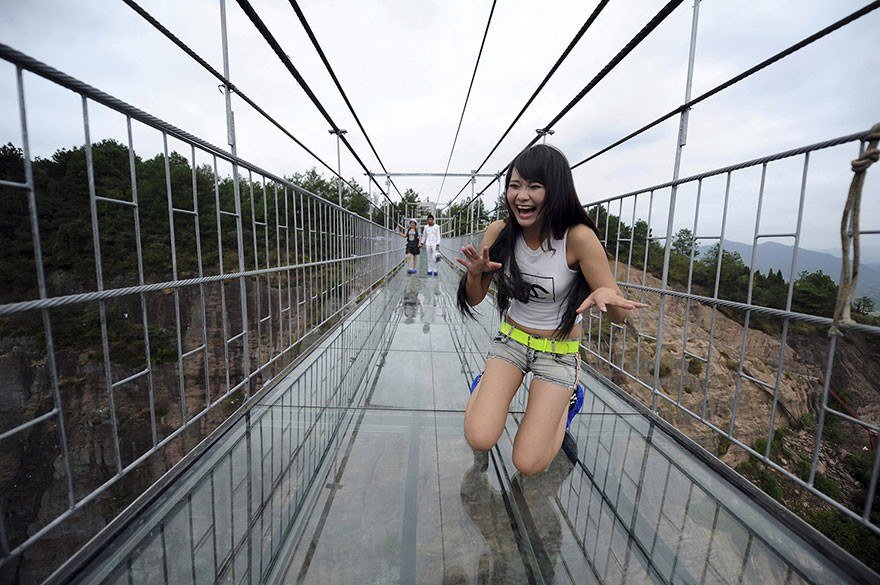 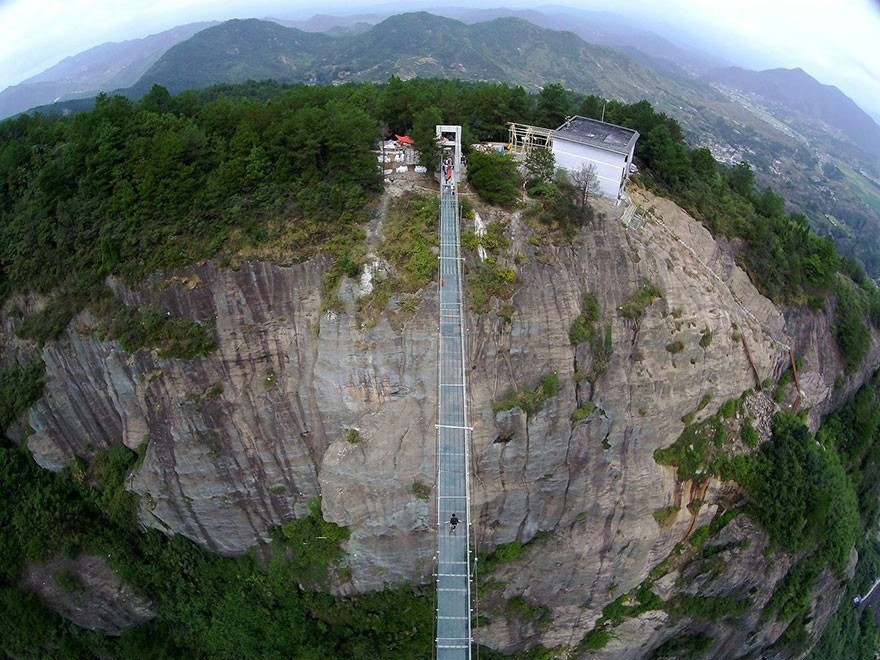 The insane bridge’s floor is made of a double-glass layer which is 24 mm thick but 25 times stronger than regular glass windows. 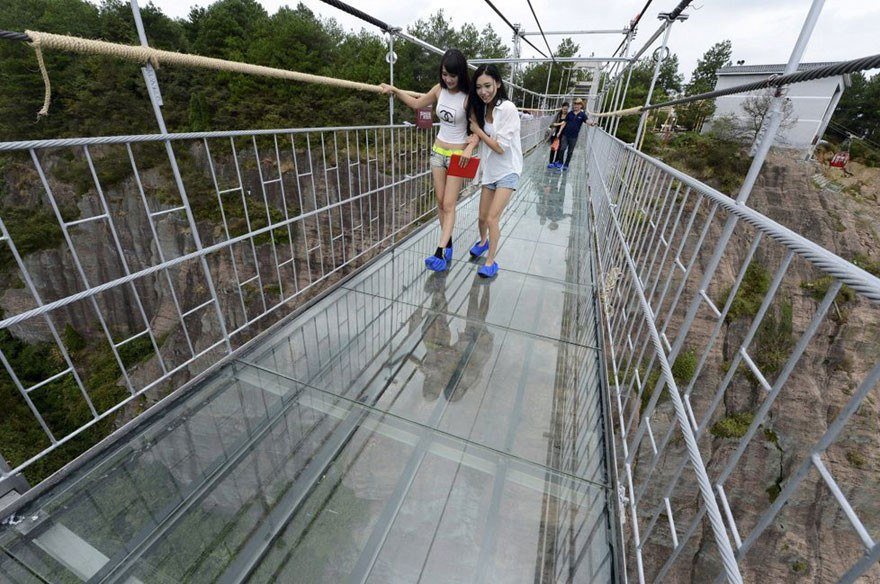 The bridge replaced a wooden walkway that connected the gap between two cliffs of Stone Peak Mountain. 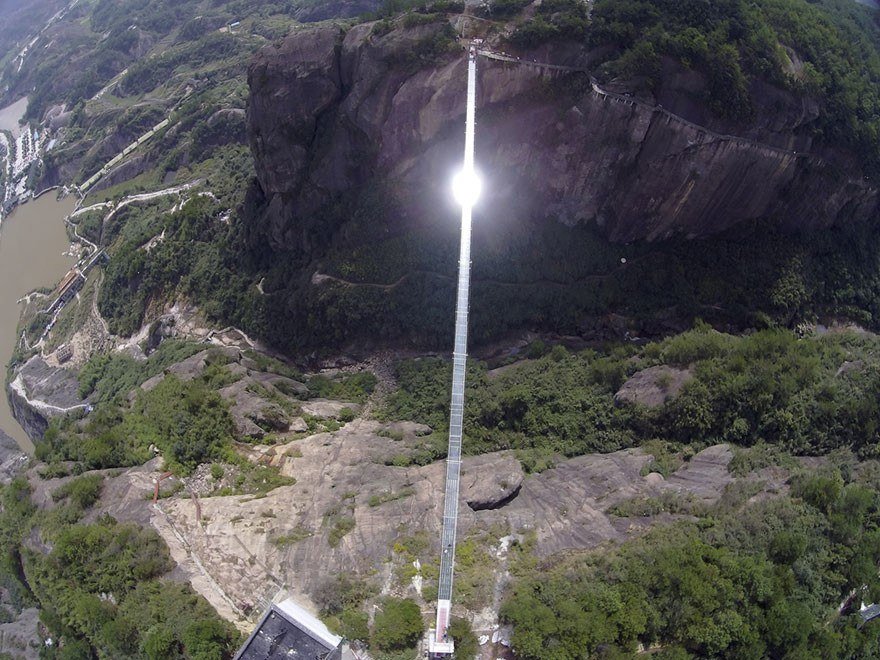 Eleven engineers worked 12 hours a day to convert the bridge to a glass. 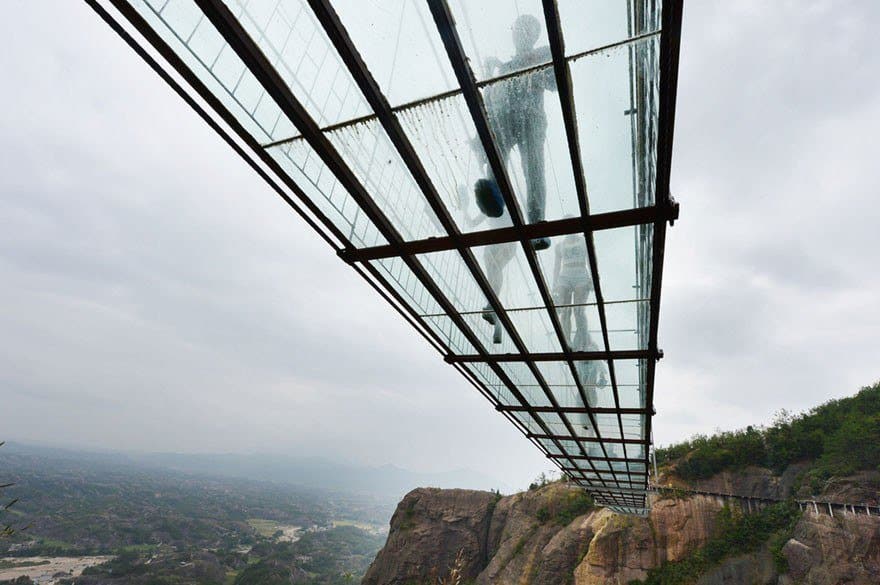 Would you dare cross this terrifying bridge? 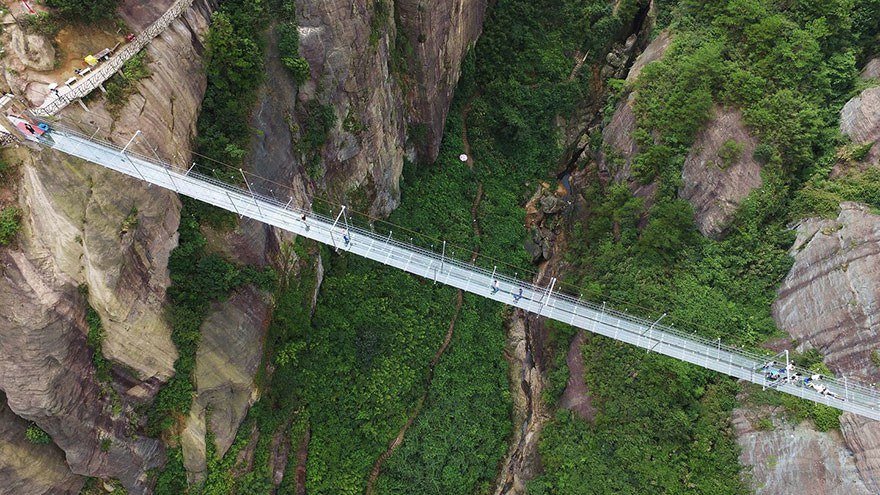 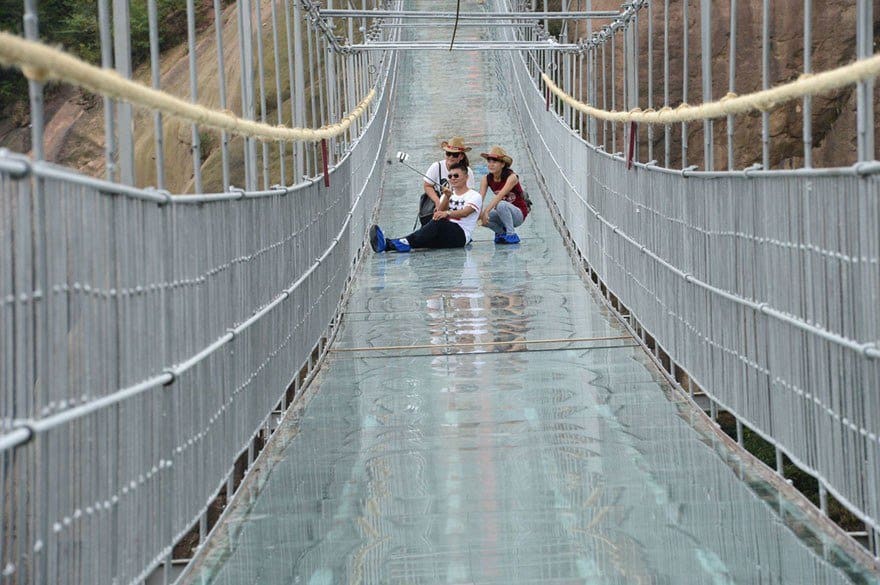 40 Enchanting Bridges That Will Amazingly Transport You To Different Times 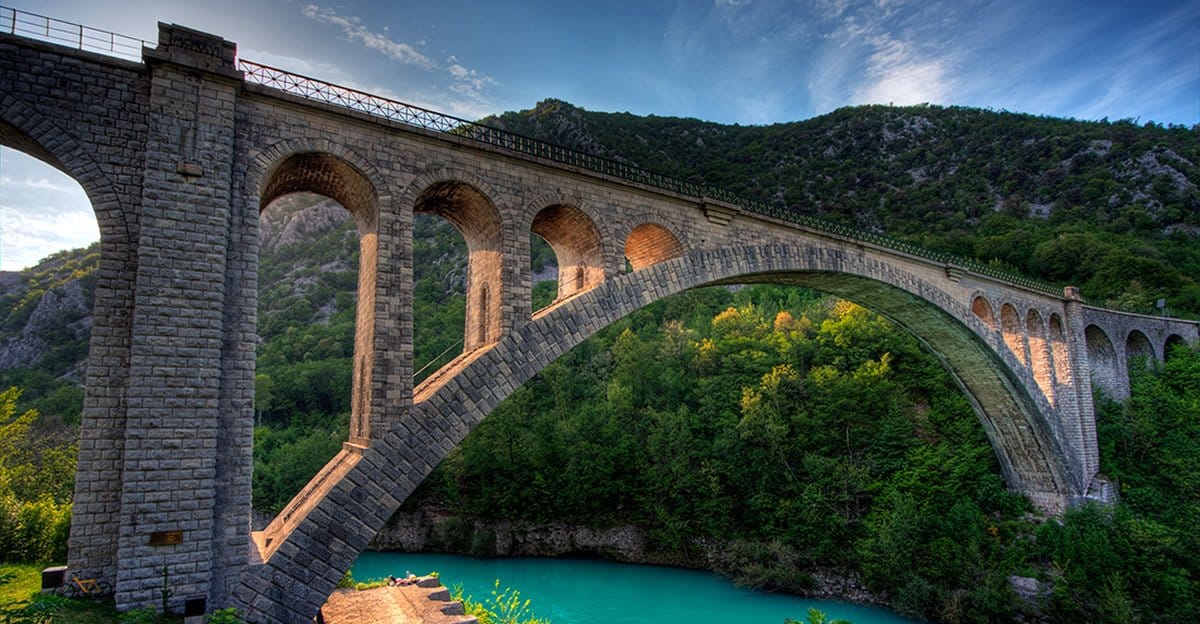