Amidst the vast land of Garrotxa, a comarca of Catalonia, Spain, lies a surrounding volcanic terrain in the Natural Park of La Garrotxa Volcanic Zone.

At the Natural Park of La Garrotxa, there are several walking routes that will lead tourists to an interesting awe-inspiring wonder.

The wonder of Santa Margarida. 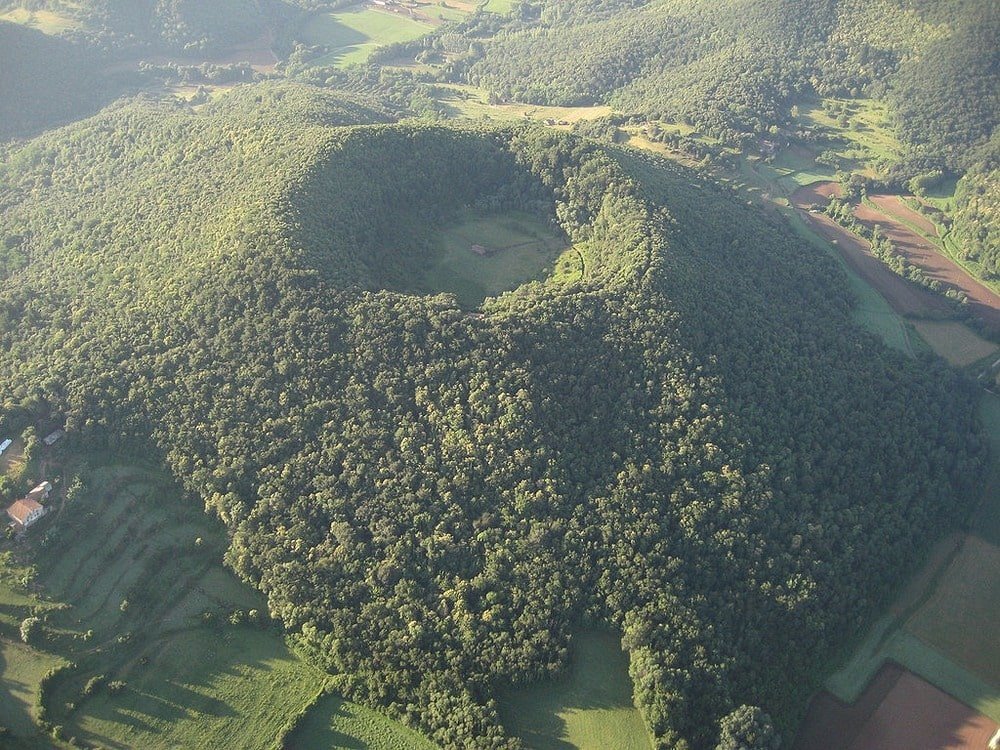 About 11 millennia ago, a phreatomagmatic eruption occurred, which resulted from water and magma interaction, causing the Earth’s mantle to break open and clast hot fluid from the Earth’s core, which eventually cooled down and formed conical layers of igneous rocks as high as 682 meters.

At the top of this rock formation was a circular depression that resembles a meadow with grasses and shrubs covering the plane and deciduous trees abundantly growing in the area.

Situated in the middle of the crater is a rural chapel made from small stones. 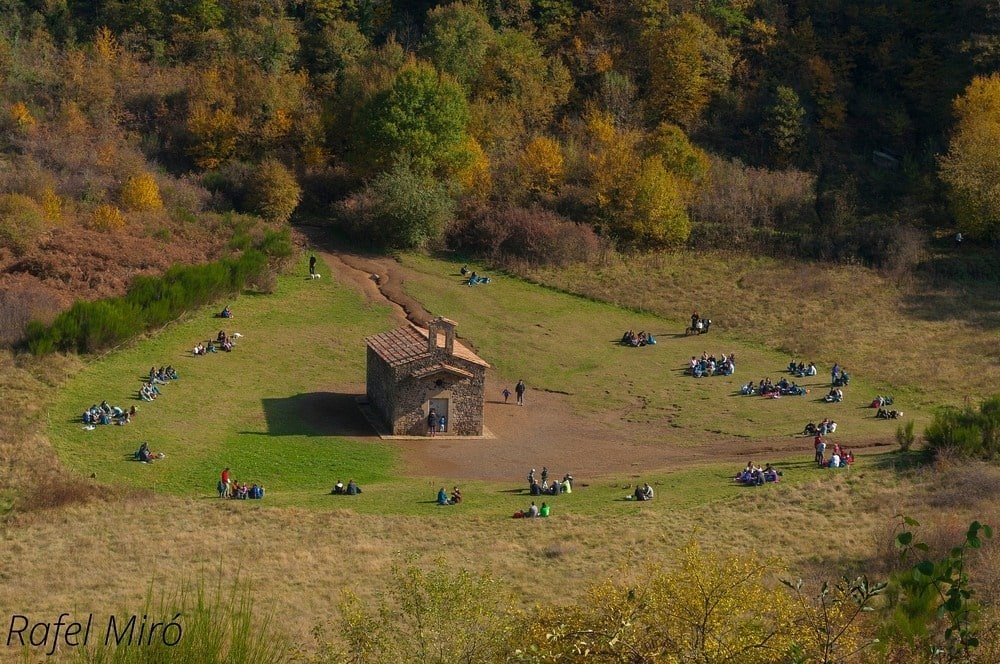 The chapel is built with a rectangular nave adapted from the Romanesque style of architecture. The oldest hermitage of Santa Margarida was first built in the medieval time and dedicated to Saint Margaret.

Unfortunately, a devastating earthquake happened in Catalonia at around 1428 and it destroyed the church. 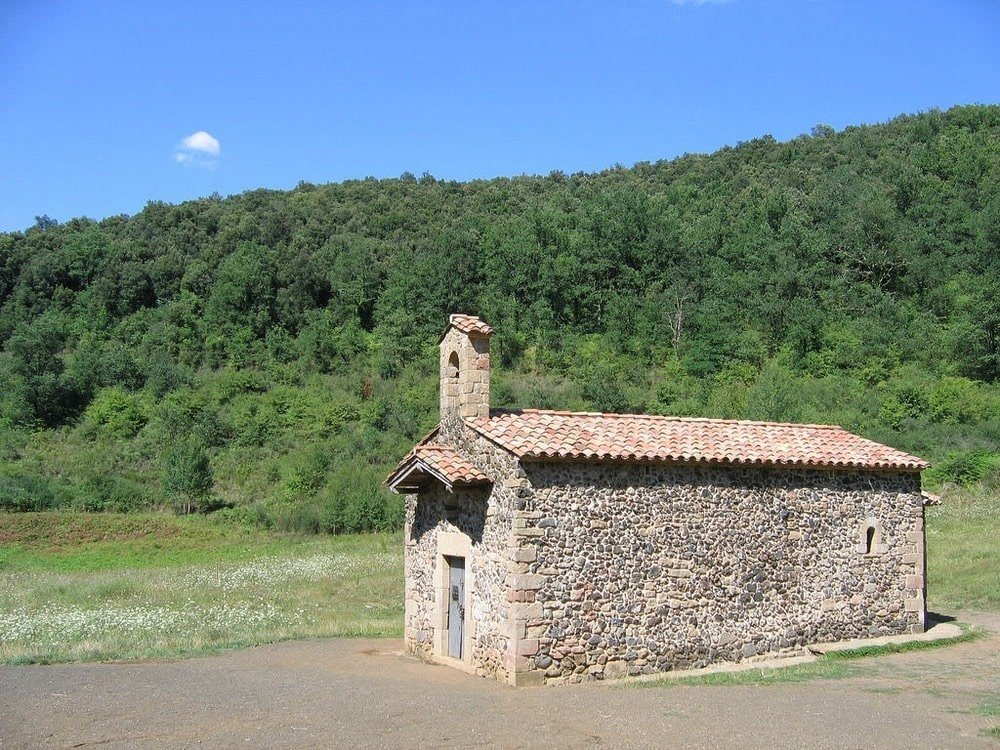 The cataclysmic occurrence also claimed lives and destroyed properties in Barcelona, which are 90 kilometers away from La Garrotxa. 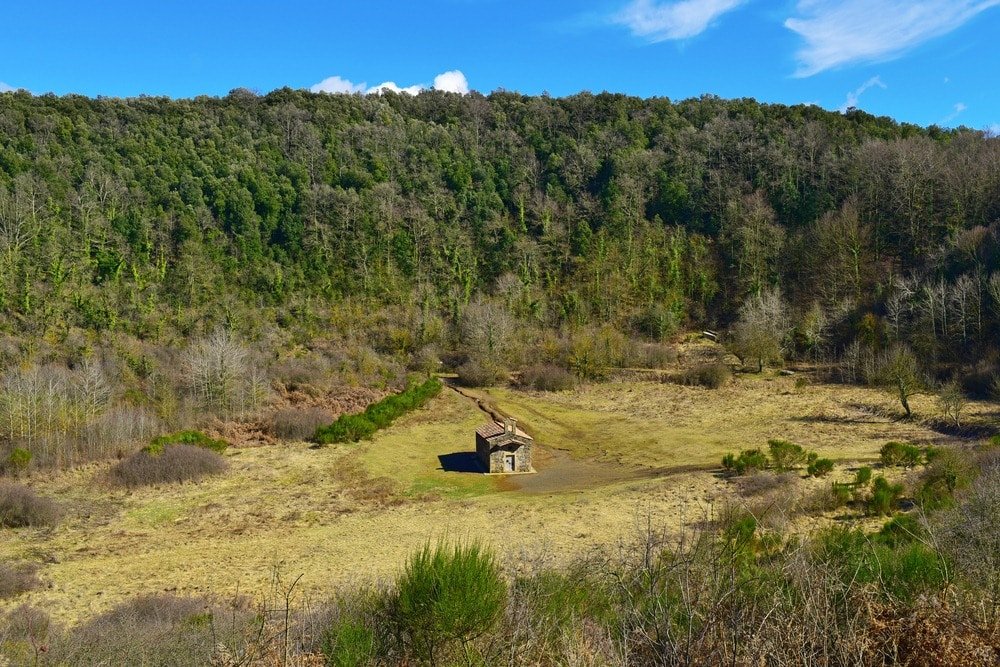 However, due to age and remote location, the chapel is now timeworn and abandoned. Nevertheless, the rich heritage of Santa Margarida in the beautiful county of La Garrotxa will never pale the value of the aged chapel.

They say pictures can never truly give justice to the real beauty of one place. The Romanesque hermitage in Volca de Santa Margarida is not only rich in history and legacy, but the architecture and the ability to stand through time reflects its beauty and strength.