Born with congenital heart defect, Carter Gentle had to brave a total of 12 surgeries, 5 of which were open heart surgeries, just to have his condition corrected. At age seven, the pacemaker he’s had since birth had to be repaired; thus the need for the twelfth surgery.

The young boy cried his heart out after the bandages were taken off. The young boy felt so depressed at how the scars made him look ugly and what people would he cried for 45 minutes, something that was quite heartbreaking for his dad to watch.

After the bandages were removed, Carter cried for 45 mins thinking the scars made him ugly 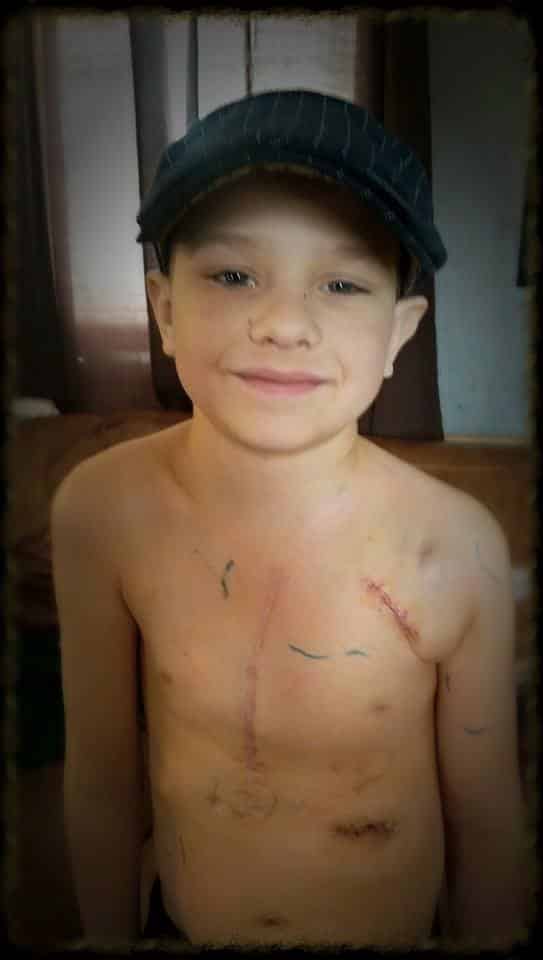 #CHDAWARENESS We were a little apprehensive to post this but I feel it’s important. Carter took his bandages off this morning. He cried for 45 minutes when he saw his scars. He said that he’s afraid people will think he is ugly. This was hard to hear as a parent. We told him that his scars are beautiful and make him look like a superhero. How many likes can Carter get for his bravery?! Feel free to share. #CartersSong#HeartHeroes #CHD – Mark Gentle

Mark Gentle decided to post the boy’s photo on Facebook so his friends can show support for Carter – but the world pitched in and made Carter feel extra special. The post goes viral, with strangers from across the world offering encouraging words for the young boy. It garnered over 1.5 million likes within a week of posting.

As dad Mark had expected, Carter felt so much better after seeing all those likes and encouraging messages. The happy boy and his dad thank these kind strangers. What a nice tool social media has become to help this lovely boy regain his self-esteem.

#CHDAWARENESS We were a little apprehensive to post this but I feel it's important. Carter took his bandages off this…

Mark hopes people will continue to share the picture for Carter to feel just how special and brave he is. He also hopes this would raise awareness for childhood congenital heart defects.

Mark posted a video of his special song for the boy, “Carter’s Song”.