What’s the main duty of a caregiver? Well, that’s really easy to tell because the job title already implies the person’s responsibilities – which is to provide care in general. This is the biggest reason why it gets really disappointing and disturbing when someone who has been hired to take care of someone ends up abusing the person instead.

This is exactly the case for one family who ended up discovering that a carer is actually slapping their dementia-stricken mother and they found out about it after leaving a hidden camera in their home in Kettering, Northamptonshire in England.

Caught on film: 46-year-old caregiver Stacey George repeatedly smacked Sabina Marsden, 78, while the family was away. 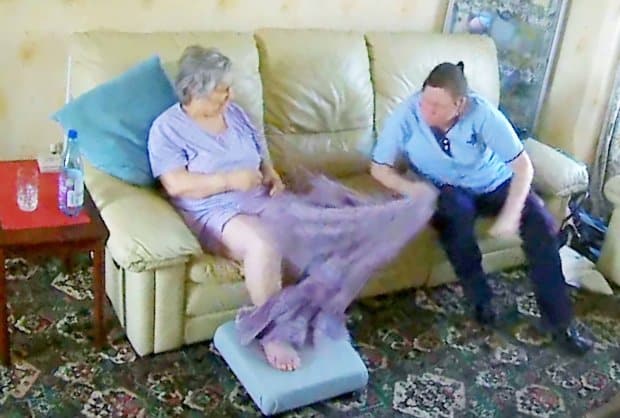 Unknown to Stacey, a hidden camera recorded and livestreamed her acts to the phone of Gina Owen, Sabina’s daughter.

Stacey smacked the old woman several times, grabbed her blanket, and even told her “God, you stink!”

Sabina could only cry and say “mamma mia”. She only speaks Italian. 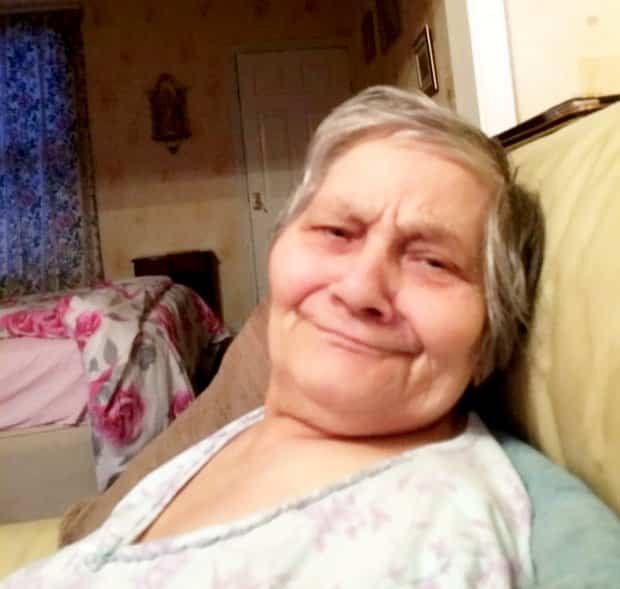 After seeing the footage, Gina immediately rushed home to comfort her mom and confront the caregiver. 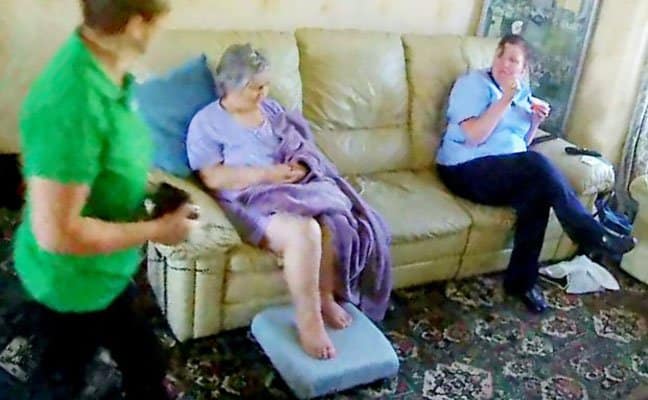 “Within ten minutes of my sister Mandy leaving the house I was watching it on my phone and she slapped my mum four or five times.

“We only put the camera in because we thought she was being lazy. I didn’t expect to see that, I was shocked. I felt sick.

“When I came into the house to see her, I came in so calm and just said, ‘I’m sorry, I’m going to have to let you leave because I caught you slapping my mum on the camera’.

“She asked how long it had been there and I said 20 minutes, half-an-hour.

“She looked at my mum, carried on eating her yoghurt and said, ‘I’m sorry, what do you want me to do?’.”

Stacey was reported to the authorities but was only given a police caution – which greatly disappointed the family. 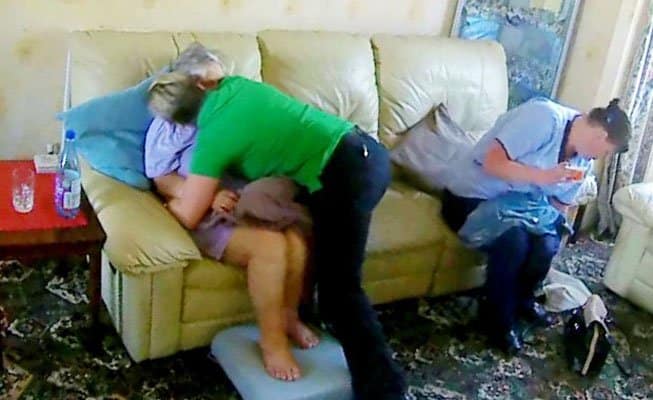 “I’m not happy she got a caution because mum was just sat there not doing anything. My mum doesn’t speak, she’s Italian, all she said was ‘mamma mia’ when she got hit. My mum couldn’t hit her back or nothing.

“I’m just glad that camera has been put in place and she’s been caught.”

“We are appalled and disgusted by the actions of this ex-staff member.

“Of the 22 months that we cared for Sabina, this same staff member provided more than 96 per cent of the total visits. Sabina was the only service user cared for by this member of staff.”

Lauren Kennedy, of Seatons Solicitors who speaks for the Marsden family said:

“Sadly, cases involving the elderly and the vulnerable as victims of abuse and mistreatment are becoming increasingly common and it has never been more important for families of those receiving care to keep a close eye on their loved ones.

“Mrs Marsden’s family felt let down not only by Mega Care to whom they entrusted their mother’s care but also the Criminal Justice System which saw the offender being issued with just a caution.”