We’ve recently heard about that disgusting daycare teacher who urged her students to throw rocks at a 4-year-old boy and now here goes another name that just made it to the list of bad teachers we have around.

In a video that recently went viral, we see a kindergarten teacher pushing one of her pupils and deliberately pulling the poor girl’s chair as she was sitting down. Needless to say, netizens everywhere have been outraged because of her act.

A kindergarten teacher from China is currently under fire for pushing a young pupil – and pulling her chair. 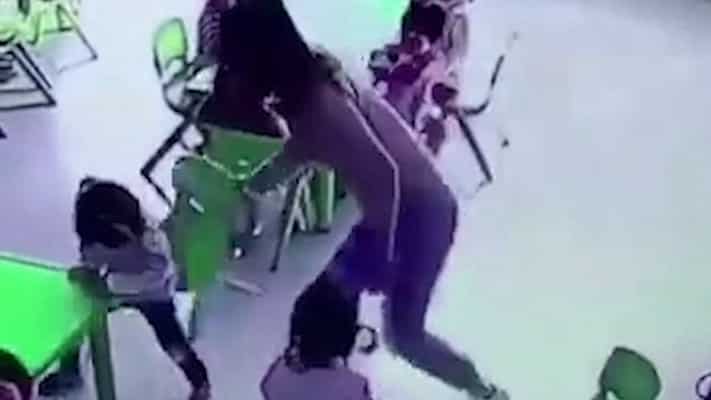 Captured by a hidden camera, the abusive teacher was spotted doing the disgusting deed as her way of punishing the little girl.

Apparently, the student was “chatting to her friends at another table,” a Daily Mail report tells us. Eventually, the teacher decided to punish the “disruptive” student when she didn’t immediately return to her seat. 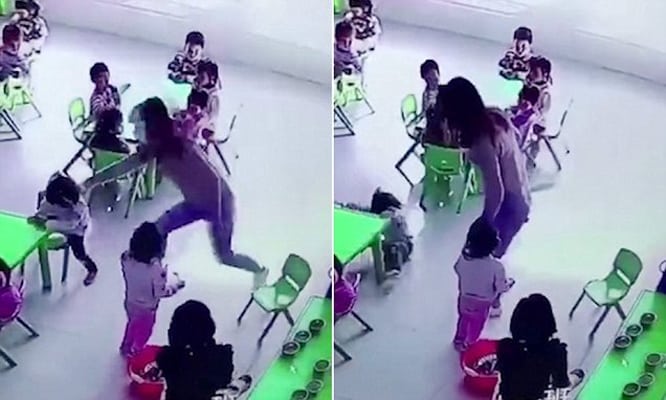 As seen on the footage, the teacher pulled the student’s chair, resulting to the girl falling hard on her bottom. Fortunately, the young student was able to get up right away.

Understandably, netizens have been outraged by what the teacher did. Many of the commenters were parents who were disturbed with how the instructor acted.

“This teacher should be sacked! Even if you are having a bad day, you must not take it out on the children.”

“Poor little girl! She did not deserve this harsh treatment. It seems that she did nothing wrong at all.”

So far, the name of the teacher and the school have remained unidentified.

Parents, how would you react if a teacher did this to your kid? Leave a comment below and tell us about it.