The thing about decisions, whether they be good or bad, is that they sometimes bring lasting consequences. Take it from model Catt Gallinger who recently shared her story on social media in the hopes of warning others about her terrible experience.

Apparently, the model from Ottawa, Canada, had an eye tattoo procedure – and it went horribly wrong. In fact, she lost sight in her right eye as a result of it.

Catt Gallinger thought it would be a good idea to get an eye tattoo. 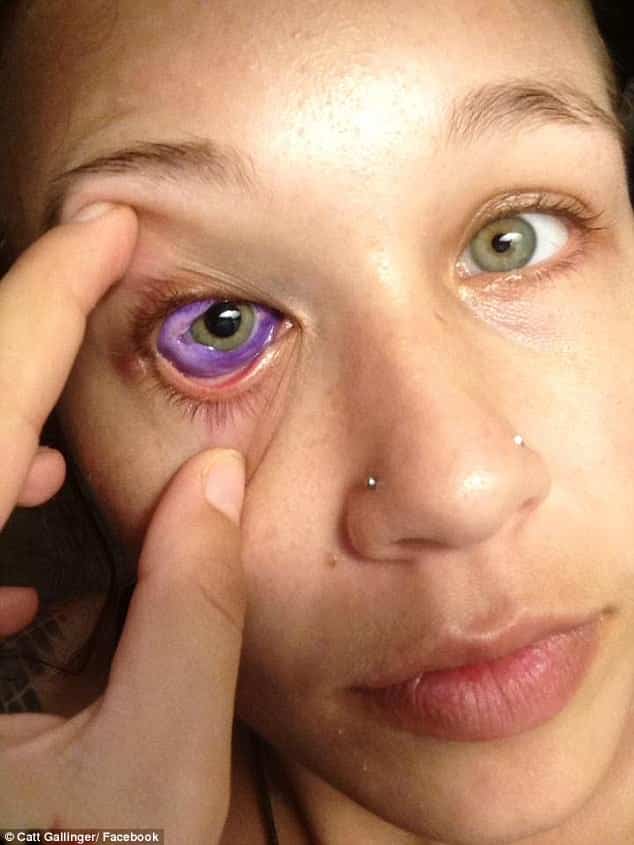 Although the 24-year-old model is reportedly recovering “slowly but steadily,” she couldn’t help but regret her decision of getting a sclera tattoo, a procedure that colors the eyes’ whites.

She now calls her decision a “massive mistake”. 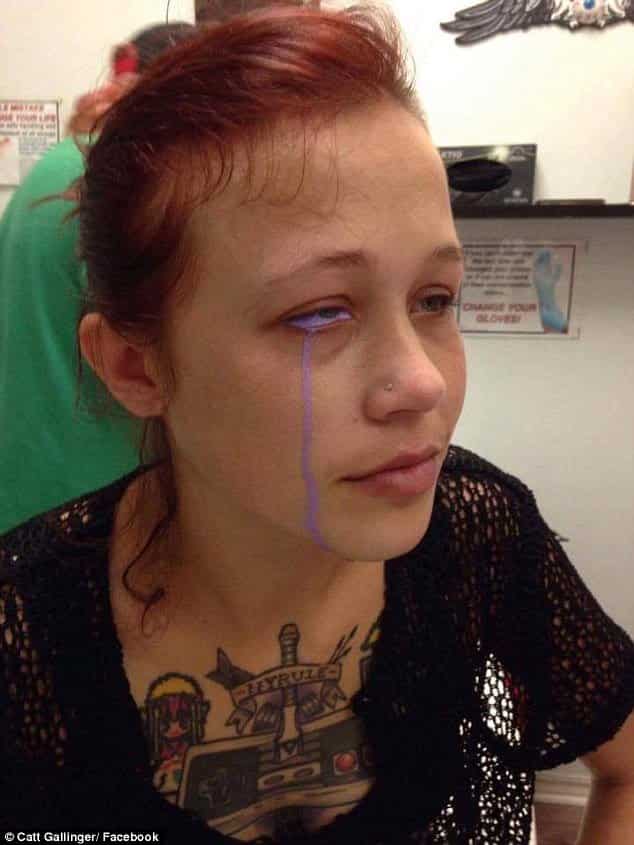 In her Facebook posts, Catt shared a series of photos showing her eye damage in different stages. According to her, she began visiting the hospital when she experienced a purple discharge in her right eye.

She was given antibiotic eyedrops and was sent home but shortly thereafter, her condition just got worse. 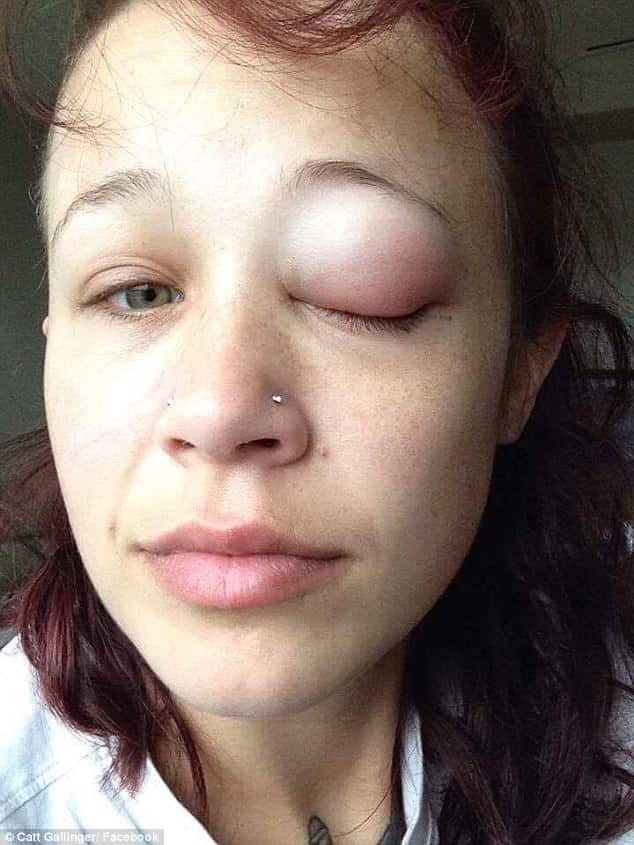 Eventually, doctors gave her steroid drops. In three weeks time, the purple tattoo “began to congeal around her cornea, blurring her vision and causing intense discomfort,” a DailyMail article tells us.

Furthermore,physicians have informed the poor woman that her eye has sustained permanent damage and that the said body part will likely have to “go completely or stay a blurry mess.” They said it is possible that some of the equipment used during the tattoo process were not properly sterilized.

Still,Catt is hoping that surgery will be able to improve her condition.

Meanwhile, the problem has forced her to momentarily take a break from her modelling career. 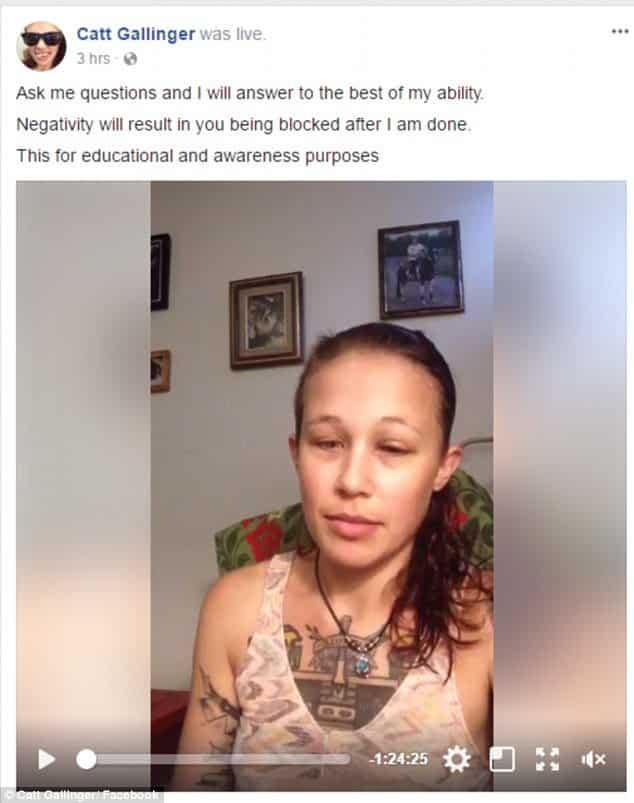 For those contemplating about undergoing a similar tattoo procedure, Catt warns others to “look into not just the artist and their portfolio, but to talk to some of their clients, talk to other artists about them and get experiences beforehand”.