Apparently, these beggars are not familiar with the old adage “Beggars can’t be choosers”.

This Facebook post by Michael Woolridge has been garnering lots of attention online, criticizing the “broke guys” holding the sign “broke and hungry” sign. According to Michael, his uncle offered the two guys jobs but lo and behold, they turned him down!

Irked by their rejection, the man decided to follow them around, with his own sign in tow.

His sign read, “Offered these guys a job. They said no. Don’t give money.” 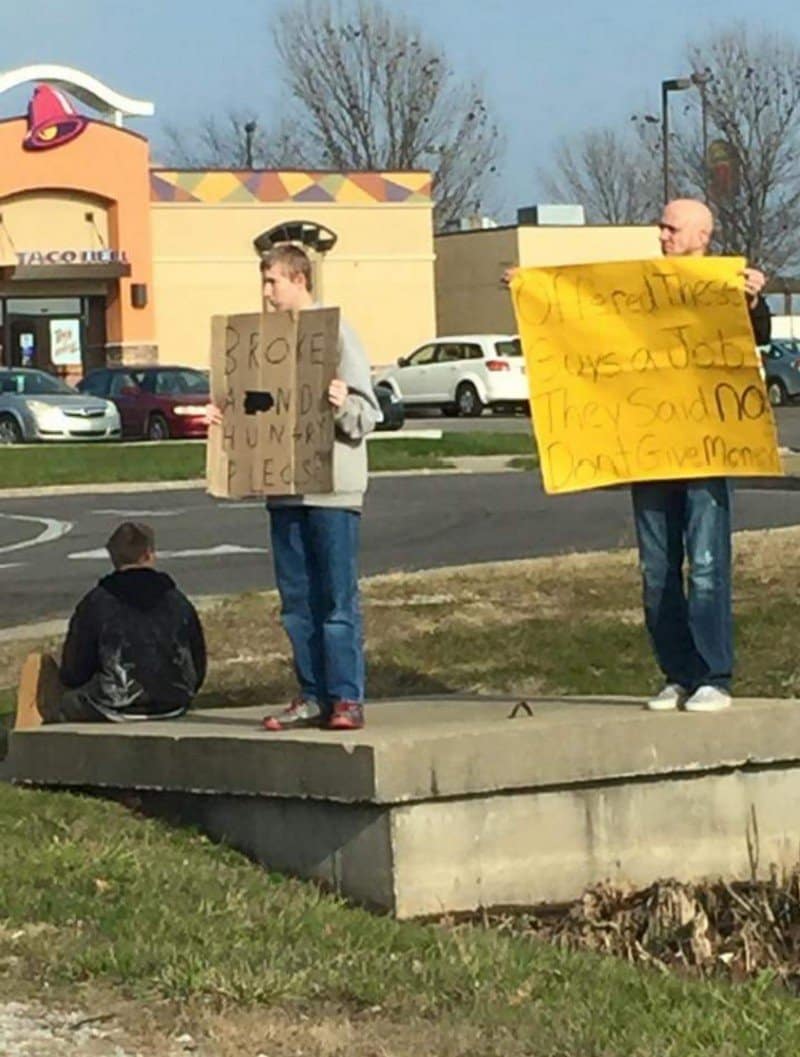 Commenters reacted to the post, with one even adding that these guys were also offered positions at a car wash, but they turned it down too.

Amazing how lazy these “broke” guys are. They have no qualms asking for dole-outs, but have no intent to work hard for money. Knowing their lack of sense of responsibility, it’s no wonder they’re broke as hell.