A school-ground bully was attacked by a heroic dude who caught him punching a helpless blind teenager on the street. Everything was caught on camera.

In the footage below, the heroic avenger was seen hitting and shouting at the spotted bully.

“Who the heck punches a blind kid?” he angrily screamed.

We also spotted a group of teenagers approaching the perpetrator,  one of whomjumped in to rescue the impaired teen victim.

The mindless bully received a handful of punches one after the other as he fell to the ground. Netizens called it instant karma.

Would you punch a blind man? 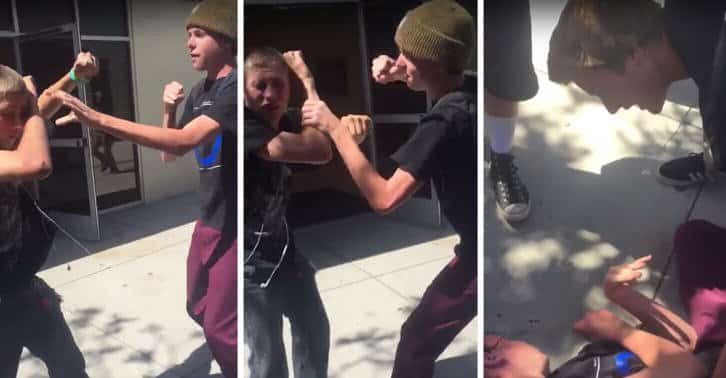 It’s not yet clear why the bully hit the blind guy, but there are theories circulating in the Internet. One of them wrote in the message board that it was about a girl, but you would not really take this comment seriously, would you?

“The blind kid was looking at the bully’s girlfriend, that’s what started it,” Huffington Post UK reported.

A conversation between the blind teenager and his savior also proved that they knew each other, even calling each other by name.

Do you think this guy got the justice he deserved? 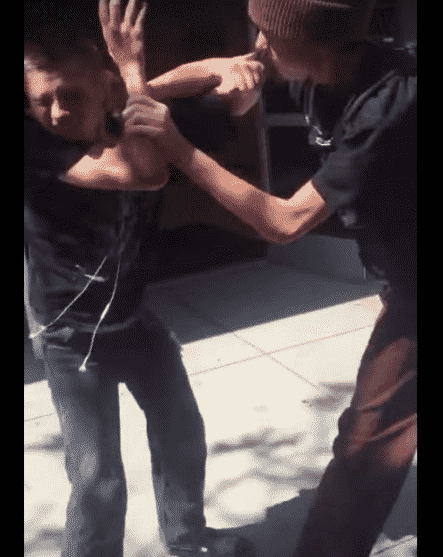 On September 23, 2015, this video was uploaded on YouTube and immediately went viral with over 230,000 views. However, we are left with really serious questions about the video. First of all, is it proper to put justice in your hands like that? Didn’t Mahatma Gandhi say that “an eye for an eye will only make the whole world blind.”? Second, what was the reason behind the punching? We don’t know that yet. The blind kid might have also done something wrong to incite such a violent response. People asked him in the video, but the bully was not able to reply.

Watch the badass video below:

Unfortunately, the Internet is just celebrating the awesomeness of the situation without knowing the context of the story. The user who uploaded the video doesn’t know the people and the school involved so we can’t really answer these questions with certainty.