You don’t want to mess with a raging bull – but that’s what matadors always do.

These bullfighters come face to face with a huge bull that’s been provoked and it’s inevitable for things to go wrong at some point.

Just like what happened to a teen matador in the La Maestranza ring in Seville, Spain.

Andres Roca Roca Rey, a 19-year-old bullfighter,was gored in the buttocks as he does the usual things matadors do. Bullfighters are always at risk of getting gored or trampled by this heavy animal but still, many participate in the traditional sport. 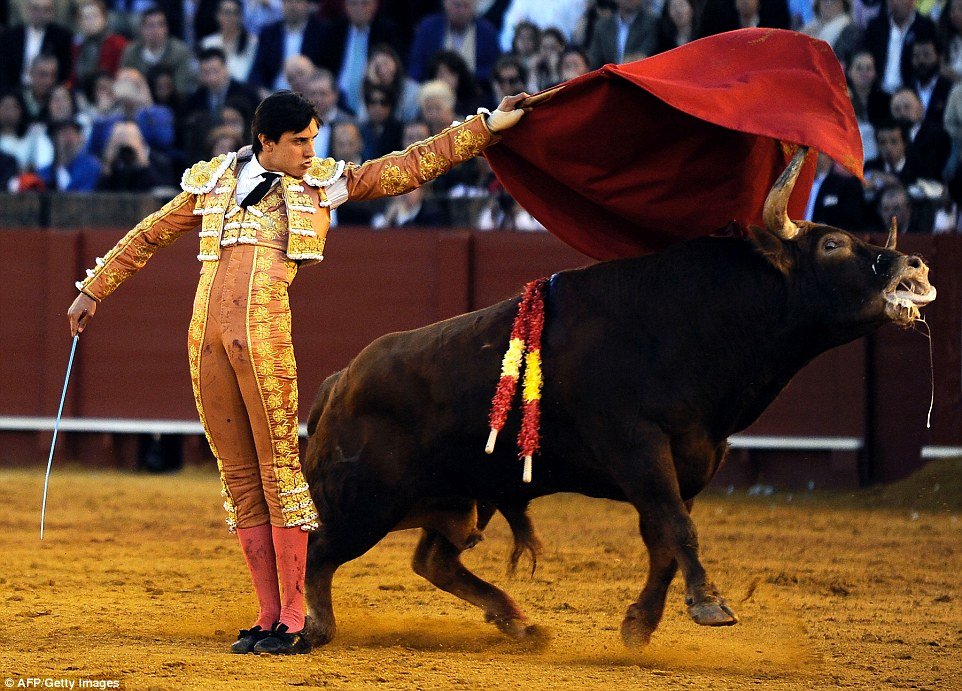 By the looks of these graphic photo, Roca Rey was impaled through his buttocks by a bull that reportedly weighed 1,176 lbs. The crowd started to panic, but the teen was able to get himself out of the dangerous and bloody situation. 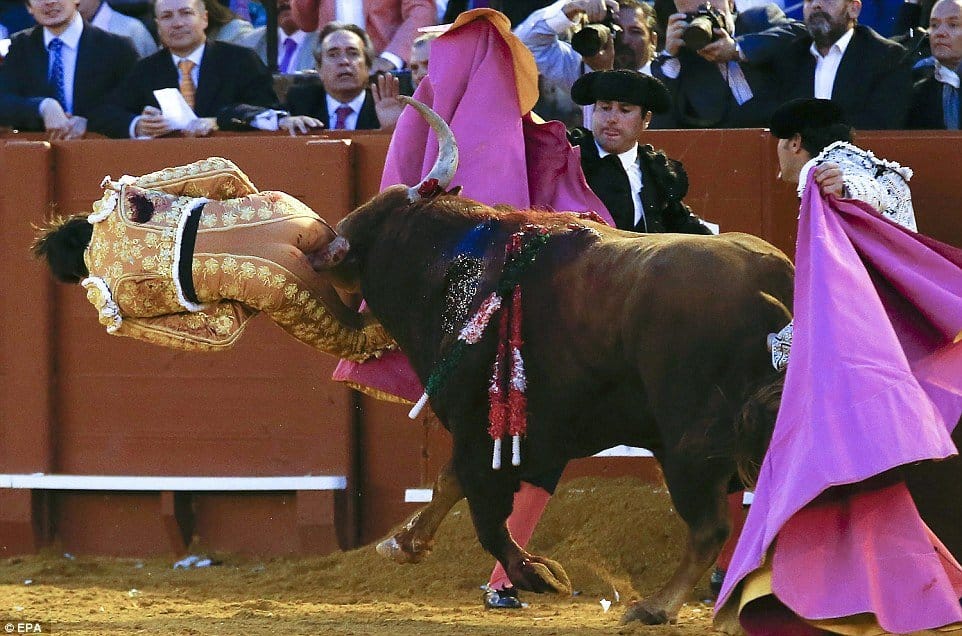 Fellow bullfighters headed inside the ring and offered help. According to DailyMail, the bull only managed to graze Roca Rey’s thigh, but the fighter fortunately and miraculously escaped serious harm. The bull didn’t get to hit vital areas of Roca Rey’s body.

Blood flowed down Roca Rey’s thigh, but it is also said that the blood belonged to the animal, since bulls usually get stabbed in their backs to provoke them even more or to make them weaker during the fight.
Surprisingly, Roca Rey managed to walk away with only minor injuries, but as you can see on the disturbing video below, things looked horrible. 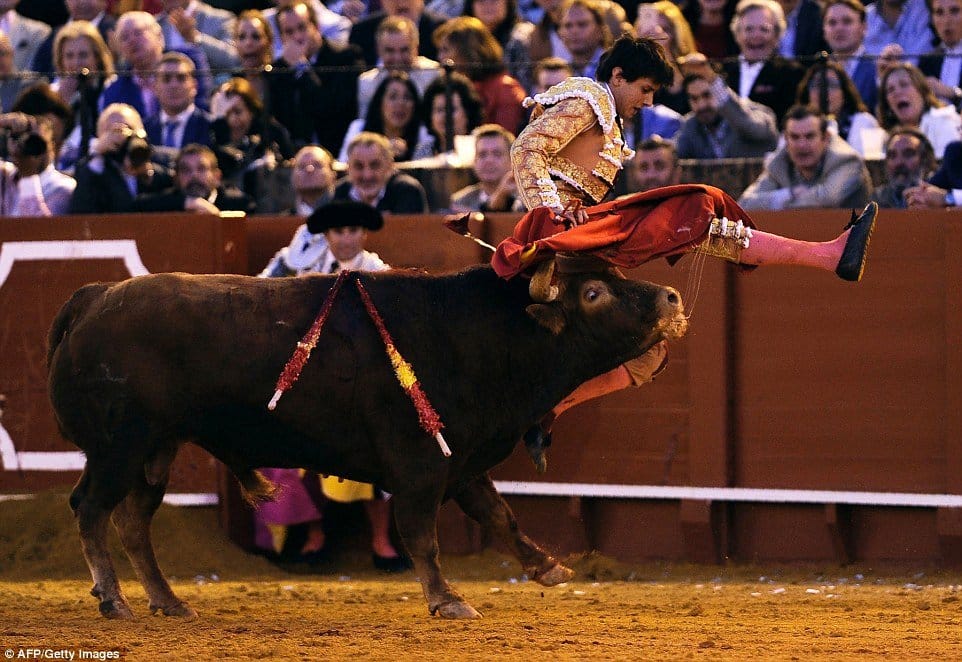 The bull charged and impaled Roca Rey, shaking him vigorously as his buttocks still get caught in the bull’s horn.

Despite what happened to him, Roca Rey took his victory lap and even earned the applause of thousands of spectators, including Spain’s former king, Juan Carlos. Roca Rey is also set to be back to fight in the ring on Tuesday.

Watch the horrific fight that resulted to the bull impaling the matador in his bottom.