Despite living with your wife or husband for years and having kids with them, marriages still fail sometimes. Sadly, some couples decide to separate or get a divorce.

However, some adults still choose to love again and find a new companion. But, whenever you let another man or woman into your life, do you consider your children’s safety and feelings as well?

You have to bear in mind that as you welcome a person into your home, you also give that person a chance to either love or hurt your kids. So before you do, I suggest you ask yourself first, “How well do I know this person?”

Last August 12, a helpless 3-year-old girl died in the hands of her brutal stepfather at a hotel in Morelia, Mexico. The suspect threw the child repeatedly into the hotel’s swimming pool and let her be submerged in water several times until she drowned.

According to Proceso, a local newspaper, the child’s mother was asleep in their room when the tragic incident occurred.

The hotel’s CCTV cameras captured the shocking episode and it was posted online by Quadratin News. 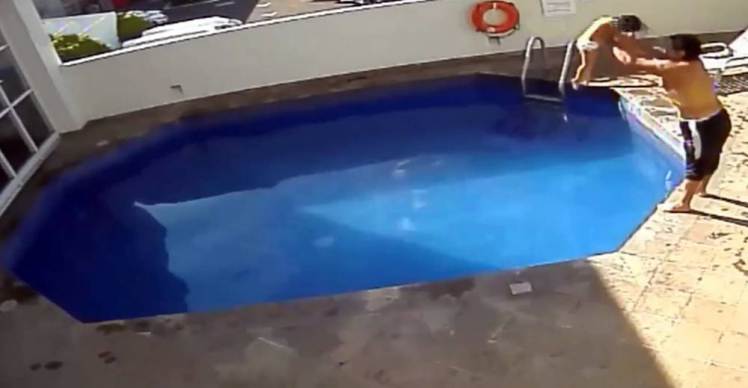 In the video, you’ll witness how the child struggled to keep herself afloat every time her stepfather tossed her like a raggedy doll in the water. He kept doing so for an hour and a half, even in the presence of other hotel guests.

Based on the time listed on the CCTV footage, the man even returned to the pool with her stepdaughter, and threw her back in multiple times. 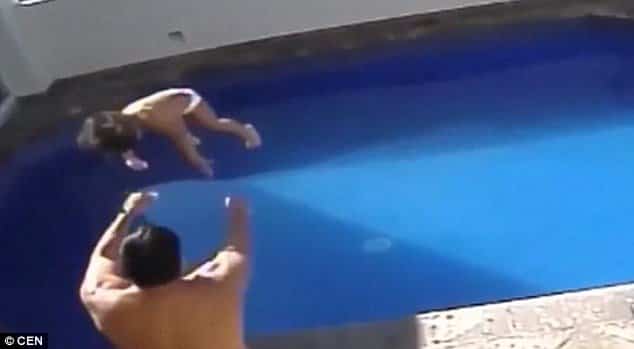 Evidently, no one dared to stop the merciless man.

The stepdad walked away at one point and let the weak and tired child alone in the water. 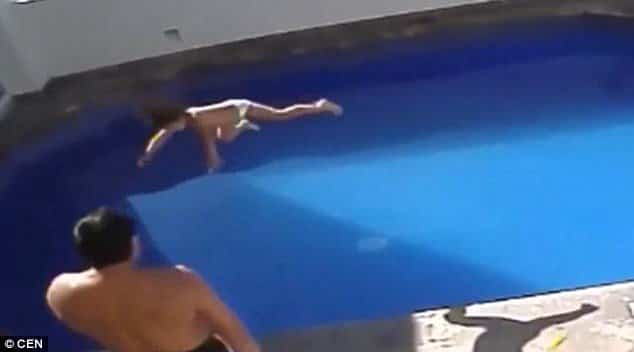 He returned to drag her out, only to toss her back in. The child’s arms flail in the air, desperately reaching out for help, but the cruel stepfather just stood by the poolside. The stepdad threw a lifebuoy at her, but she was too exhausted to grab it and save herself.

When the child’s mother noticed she was missing, she immediately called the authorities. 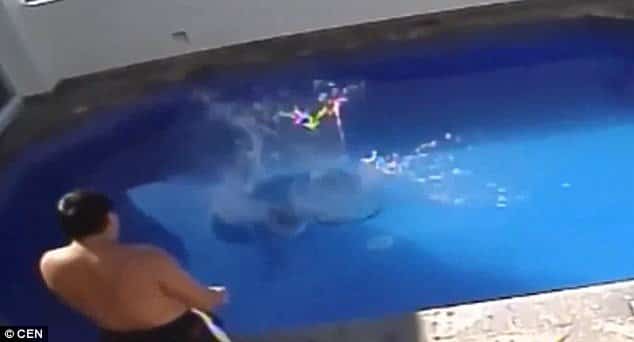 However, reports say that the stepfather placed the child in their family car.

The mom reportedly brought her to a hospital when she realized her child wasn’t breathing. 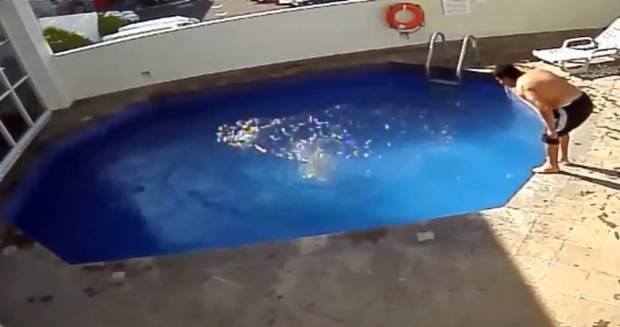 Sadly, the little girl was pronounced dead by the doctors; the innocent child died due to secondary drowning.

The police arrested the brutal stepfather and charged him with homicide and treason. But the stepfather’s real motive is still unclear.

Did he try to drown her intentionally?