When it comes school bake sales, brownies are one of the first to go from the table. With all its chocolatey goodness, students love buying these treats. However, will it make a difference if the delectable brownies have some random woman’s breast milk in them?

That’s exactly what parents and students at a certain school discovered during one of their bake sales. Apparently, an anonymous mother sparked outrage after admitting that she used her own breast milk to make brownies for her kid’s school bake sale. The mother is now seeking advice on social media after disgusted parents criticized her seemingly harmless move.

According to the DailyMail, the confused mother took to Facebook and expressed her frustration to angered parents who found out about her brownies’ secret ingredient. Sanctimommy’s Facebook page shared a screenshot of her lengthy message and it instantly became viral.

‘Those kids could use the nutrition!’ A mother revealed that her brownies have a special ingredient — her breast milk! 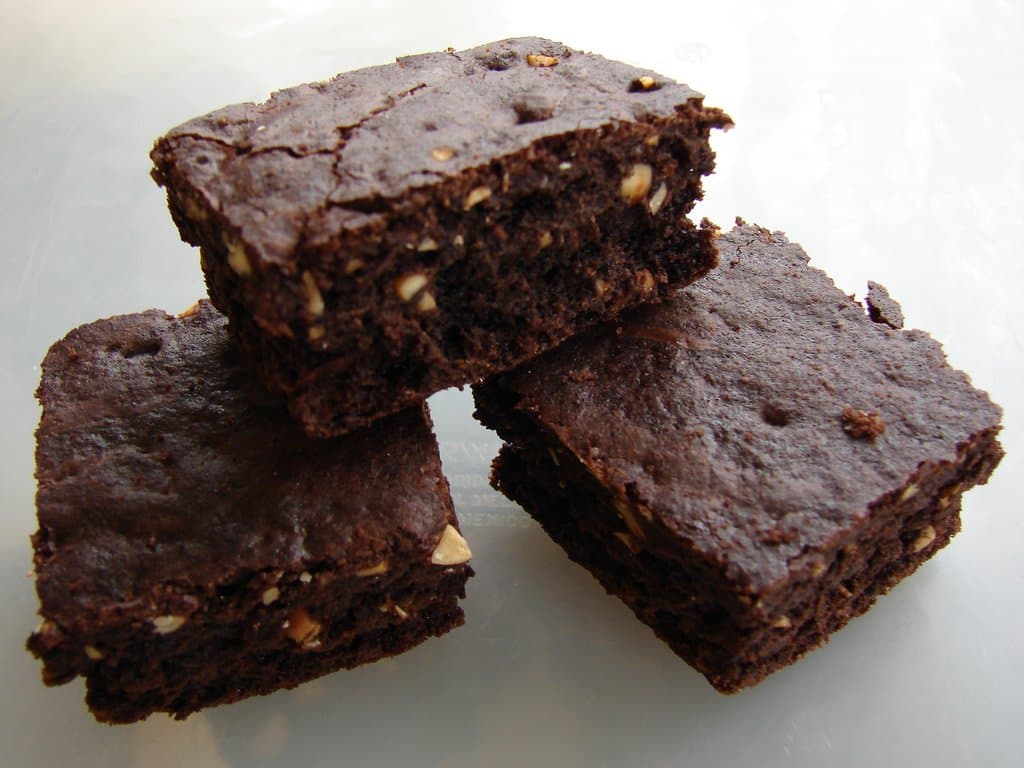 In her post, the unidentified mother defended her actions and explained why she decided to use her breast milk as an ingredient for her brownies.

The now viral mom revealed that she ran out of milk while making the scrumptious goodies. Thinking it was no big deal, she decided to use her precious breast milk as an alternative.

In addition, the mother claimed that some of the kids at school could actually use the nutrition from her milk.

She also wanted to know why her fellow mothers were so outraged and disgusted by it considering that most of them probably breastfed their children as well.

The mother doesn’t understand why other parents condemned her use of breast milk on brownies. 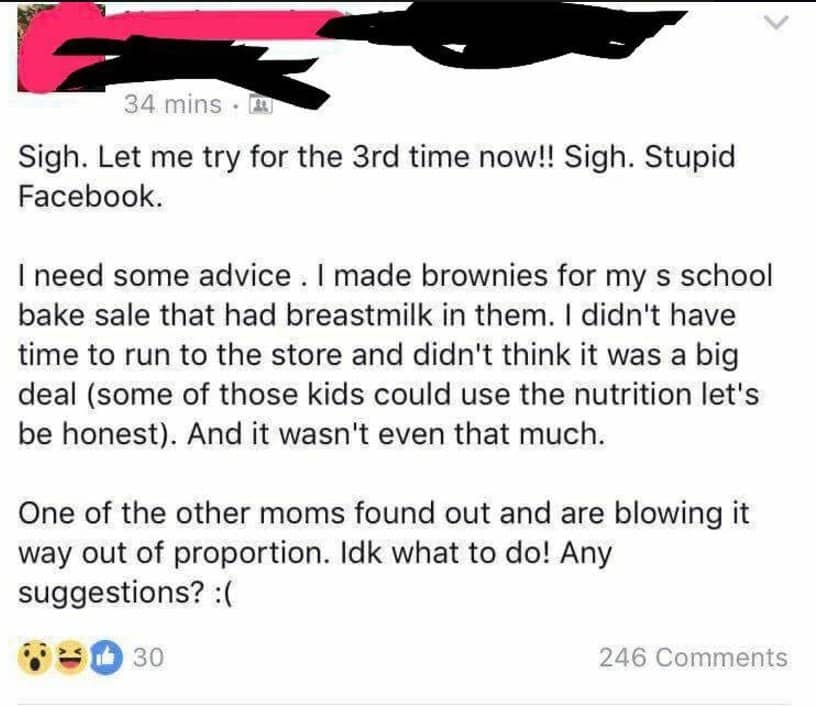 Her viral post quickly gained mixed reactions online. Most of the comments lightened up the mood with humorous jokes about the bizarre revelation.

One netizen quipped, “Let us spare a moment of silence for the children of Booby Crocker.” Another one wrote, “Next time try a sugar-free, gluten-free recipe and you should be fine. Pro-tip: make them soy-free as well. And obviously, sneak in some spinach and quinoa.”

Check out some of the hilarious comments below: 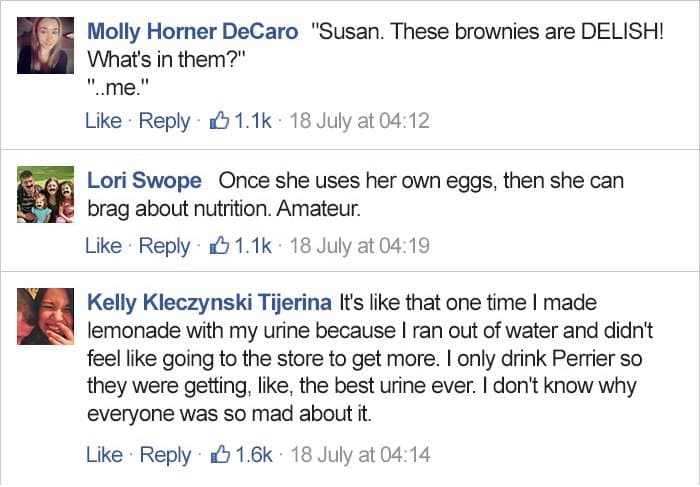 While others responded quite seriously about the matter. 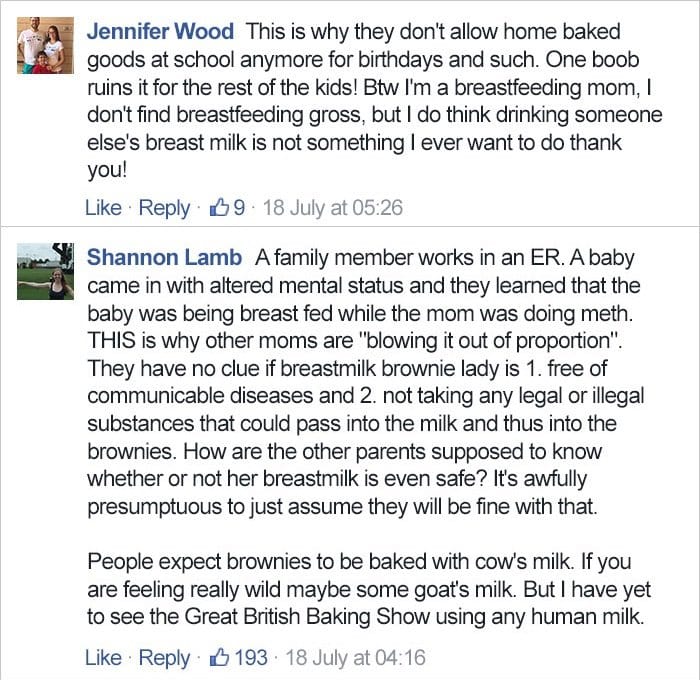 Although the authenticity of the viral post is yet to be verified, the online community sure has opposing views about it.

Would you be willing to eat these breast milk brownies? Share your thoughts below.