We’ve heard a lot of mothers talking about their tough breastfeeding journeys, but this story is one for the books. Trevor MacDonald, a female-to-male transgender man, has overcame the difficulties of breastfeeding thanks to a special tube and donated milk.

As part of his transition, MacDonald earlier had his breasts removed. Since he had plans of having a child of his own in the future, he chose not to have a “bottom operation”. After his transition, the Winnipeg resident eventually married the love of his life Ian.

While MacDonald was taking a break from his testosterone therapy, the couple was blessed with a baby boy. They named him Jacob.

After giving birth, the transgender father was surprised to discover he was capable of producing a small amount of milk. Initially set to give formula milk to Jacob, MacDonald opted to breastfeed his son. However, MacDonald had one problem. Because of his previous surgery, there wasn’t enough breast tissue for Jacob to latch on.

SNS, which is a special tube connected to the nipple, stimulated MacDonald’s body to produce his own milk. 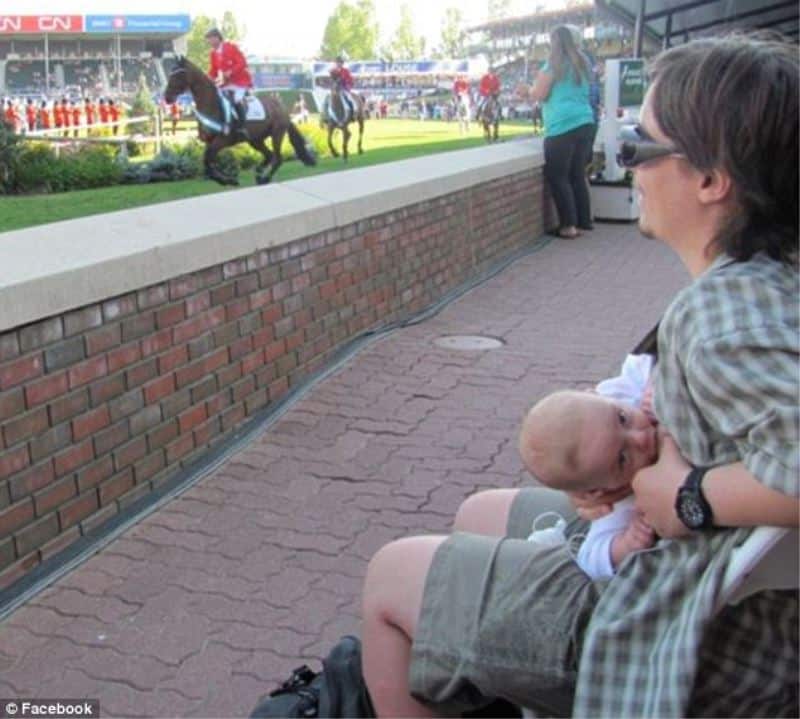 “This way, the baby gets both the milk that the parent can produce and supplement from the bottle at once,” he explained in his blog shared in Huffington Post. The couple was also able to give Jacob breastmilk exclusively as they asked for donated milk from a Facebook group called Human Milk 4 Human Babies.

MacDonald also eventually gave birth to their second baby and he plans on breastfeeding again.

“Nursing has taken on dimensions that I never imagined would be possible for us.”