We’ve heard of countless stories that prove how loyal, dependable, and incredibly intuitive dogs are. Their keen senses allow them to “know” what we are feeling. In fact, in some instances, they could detect infirmities from their humans that even their humans are unaware of. More importantly, through barking and body language, they alert us about possible dangers, and they often risk their own lives to save us.

This story is another solid proof of their bravery and heroism.

In Queensland, Australia, a dog saves a man from the venomous fangs of the second most poisonous serpent in the world—the Eastern Brown Snake. 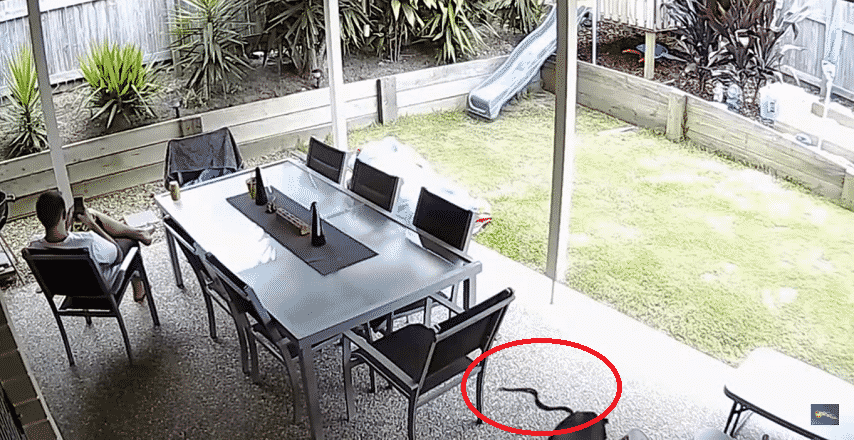 In the video, you’ll see the unsuspecting Aussie bloke lounging in his backyard. Then suddenly, the slithering creature moved across the patio. The pooch saw the deadly reptile, and when it noticed that it was heading towards his human’s chair at such an alarming speed, the mutt hurriedly followed. 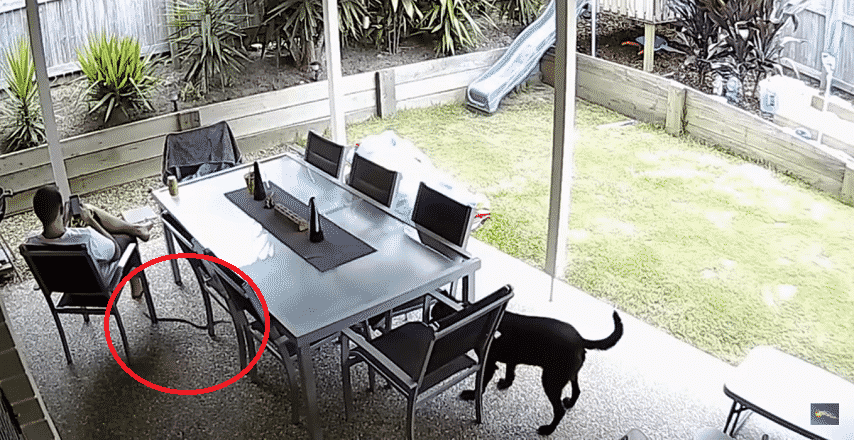 The dog’s presence startled the lad and that’s when he saw the Brown snake. The guy jumped out of his seat and led the canine inside the house, away from the snake.

Eastern Brown snakes (Pseudonaja textilis) are fast and aggressive. Once attacked, they chase their aggressors and repeatedly strike at them. Although they react only to movement, that doesn’t make them less formidable. This species is responsible for most of the deaths due to snakebites in Australia. Even the bites of the younger ones can kill humans.

The guy was indeed fortunate that his pup got to warn him of the ophidian, don’t you think?

Doberman Dies Fighting 4 Cobras to Save His Master’s Family 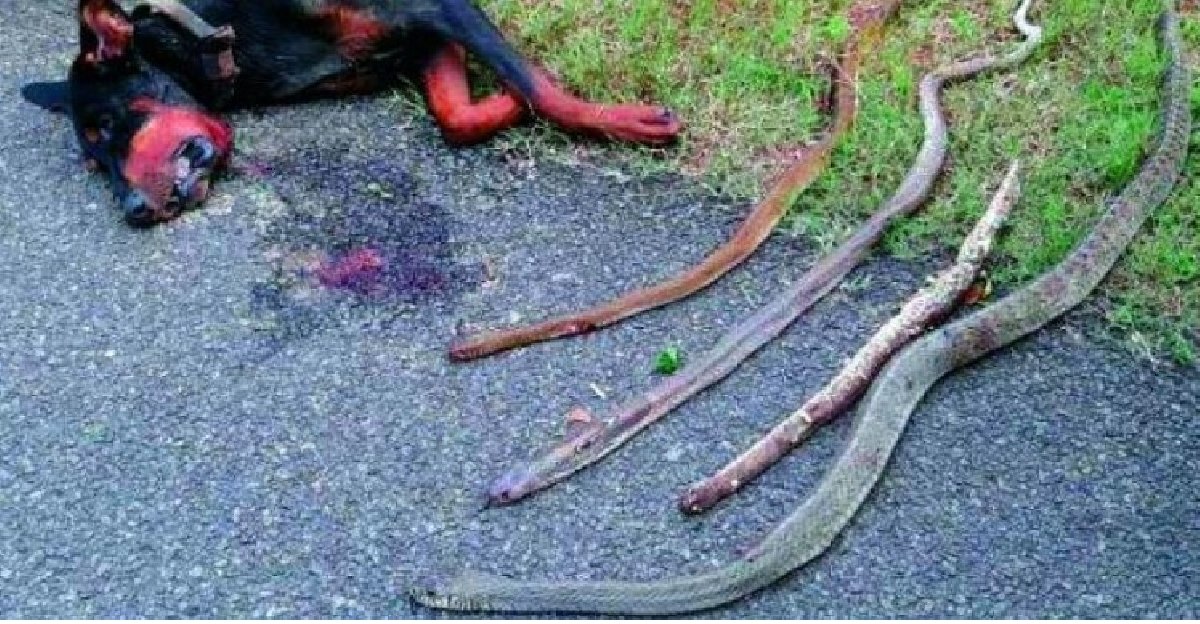