Some pranks are funny but some are simply too much.

Well, if you’ll ask most netizens, this latest Brad Holmes video is probably more like the latter.

Known for his irreverent pranks, Brad Holmes latest victim is Jenny Davies, his poor girlfriend. She was sleeping on the sofa and Brad approached her, scissors in hand, and chopped off her hair. After doing it, he then woke her up and said “Jen, I’ve a present for you, open your eyes,” showing the hair to her.

While his girlfriend was sleeping, prankster Brad Holmes approached her and cut her long hair. 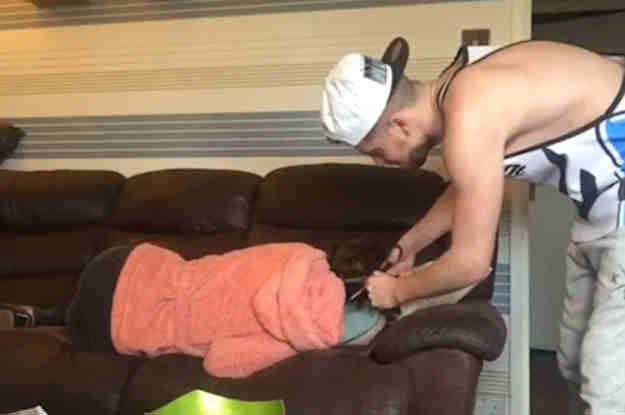 Obviously, Jen got so upset she began screaming and cursing. Brad, on the other hand, just laughed non-stop at her reaction. He later uploaded the video on his Facebook page and titled it “I thought my girlfriend needed a haircut. SAVAGE prank!”

As of this writing, the video has achieved viral status, racking more than 10 million views.

However, many of those who saw it found it distasteful.

“If this is real then you’re an absolute bastard mate, can’t believe someone would do something as childish and insulting to his woman for the sake of a few fucking Facebook likes.”

“This is actually classed as a Assault Occasioning Actual Bodily Harm.”

Following the online backlash, Brad defended that he and Jen are “cool, happy as always.” 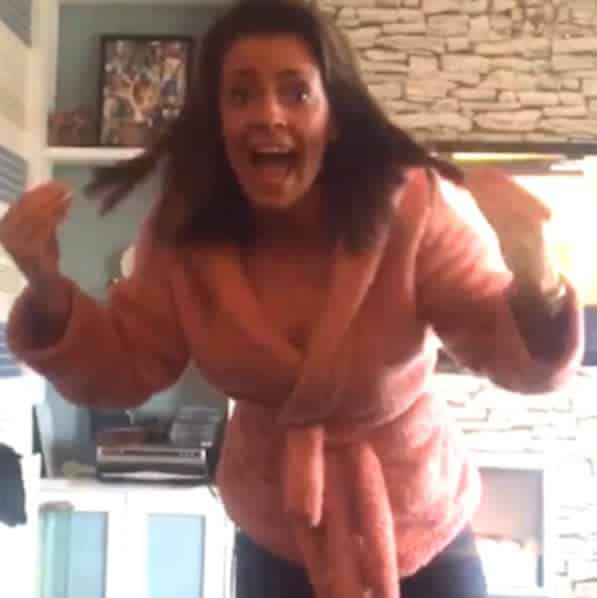 Brad eventually took time to defend himself from all the negative reaction and wrote:

“Let’s have this right. I love Jen more then words can explain, I obviously expect people to think that I’m a prick for doing this, which is a fair comment.

“We’re cool, happy as always. I’ve still got a lot of making up to do.

“But just to let everyone know I already booked her hair appointment for a brand new weave tomorrow before doing this.”

How about you, guys? What do you think? Is this prank hilarious or plainly disgusting? Go sound off in the comment section.