We have to admit that when we speak of beauty pageants, we imagine skinny girls with sparkling glows, velvety skin and impeccable facial features. But are these really supposed to be the most important traits of a beauty queen? Aren’t appeal, character, intellect and good influence better qualities to be considered qualified for a title?

This kind of dilemma struck upon new beauty queen, Zoiey Smale. The 28-year-old mom-of-one was crowned as Miss United Kingdom last June 28 until she was demanded by organizers to go on a diet and lose as much weight as she can.

Zoiey Smale might not be your typical beauty queen as she wears a size 10 body. 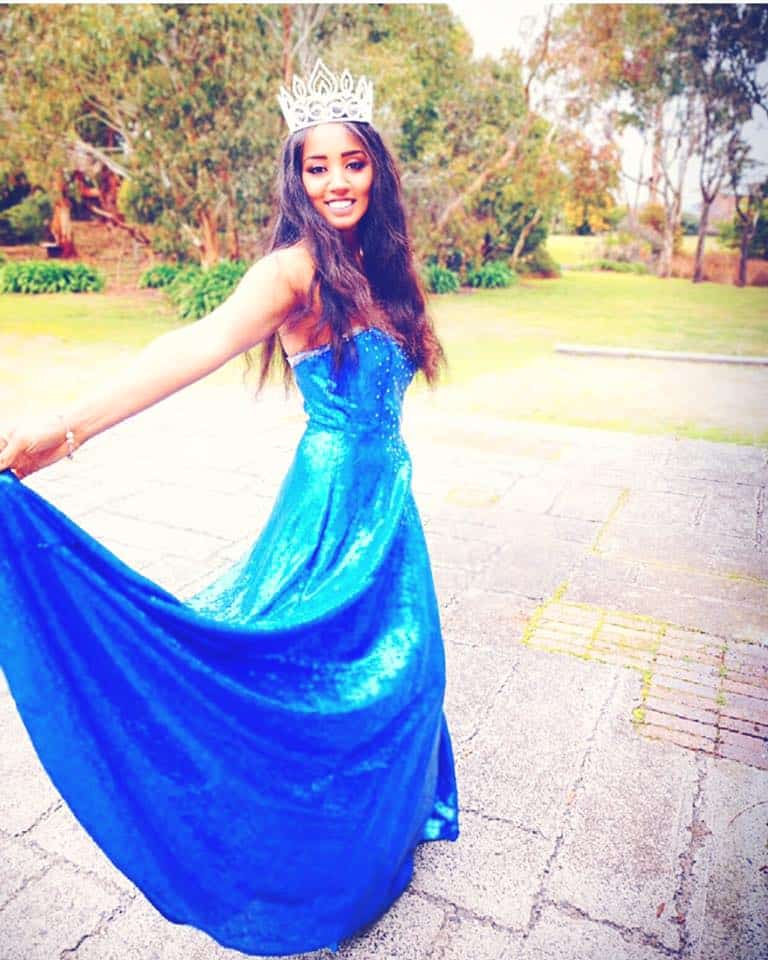 The size 10 beauty queen was supposed to fly out to represent the United Kingdom in Ecuador for the upcoming Miss United Continents competition. But weeks after she claimed the crown, she got an unexpected call that she never imagined would force her to give up on her title.

For being considered “fat,” Zoiey was asked to cut down more weight before she goes to another pageant. 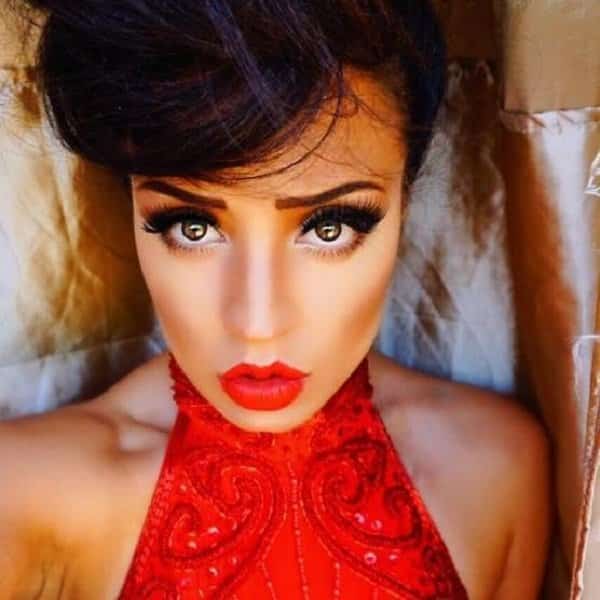 Zoiey. who hails from Nottinghamshire, said she got a call from her national director who then passed along the feedback that came from the international director. As Zoiey was excited to get some helpful advice, she was taken aback when she was asked to go on a diet plan.

The beauty queen revealed that she was supposed to go on with the competition despite the comments, but after some weeks of thinking, she realized that obliging to do so would not set a good example to others.

Zoiey, who also suffered from an extreme eating disorder during her teenage years, then refused to take part in the international pageant. She also forfeited the crown. After dethroning herself, Zoiey took to Facebook to explain her side where a part of her post went:

“It shocks me more than anything that there are still pageants out there who only view size 00 girls as role models. Pageant girls are more than just a number on a clothing tag. Real queens empower others, are intelligent and help communities come together.”

Zoiey backed down, gave up her title, and shared her experience to the world. 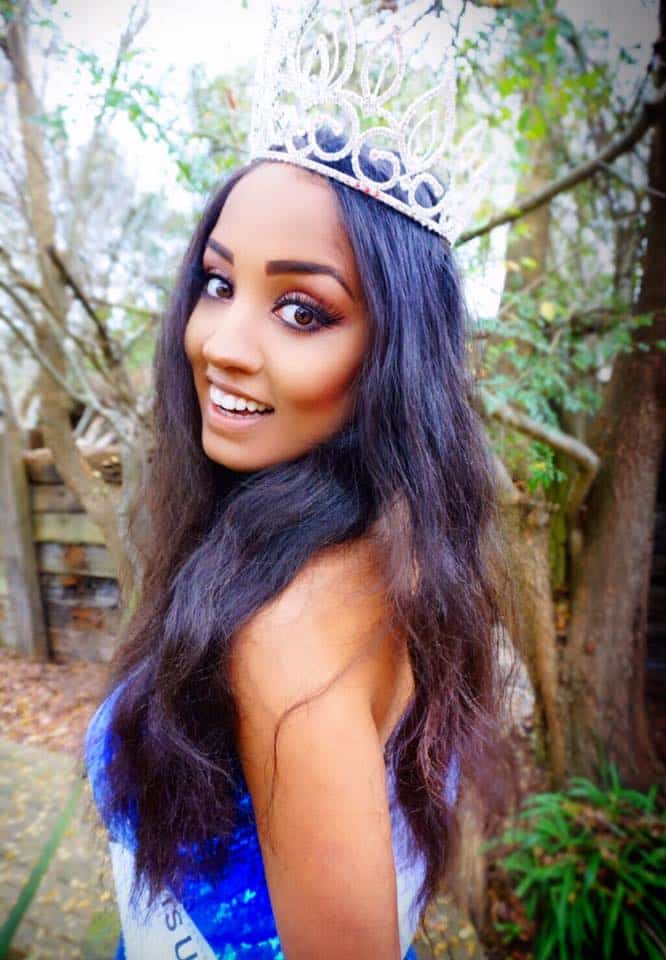 Zoiey continues as she warned other girls about “rogue competitions” where contestants are bullied and treated horribly as opposed to more established pageants. She went on with her post, writing:

“Honey let me tell you, this is NOT a pageant. I was branded ‘fat’ because I am size 10. I actually believed that I was so disgusting that no one would ever love me. How sad is that?

After being asked to lose weight and go on a diet plan for an international competition, I have withdrawn. Some of you may think this is cowardly, however I don’t think it is the right to have my face representing a pageant ethos I do not believe in. I will be handing back my crown and wish the new title holder the very best of luck.”

Zoiey then talked about how she refuses to change for anyone and shared how she loves herself and how she’s proud of her body. She also advised other women aspiring to be crowned as beauty queens to not let the organization manipulate them and “dull their sparkle.”

According to Inspiremore, her message spread like a wildfire and many sided with her. Some even praised her for her principles and for taking a stand for women who are outside the size 00 category.

Zoiey felt thankful for all the support she’s been getting after making the decision. 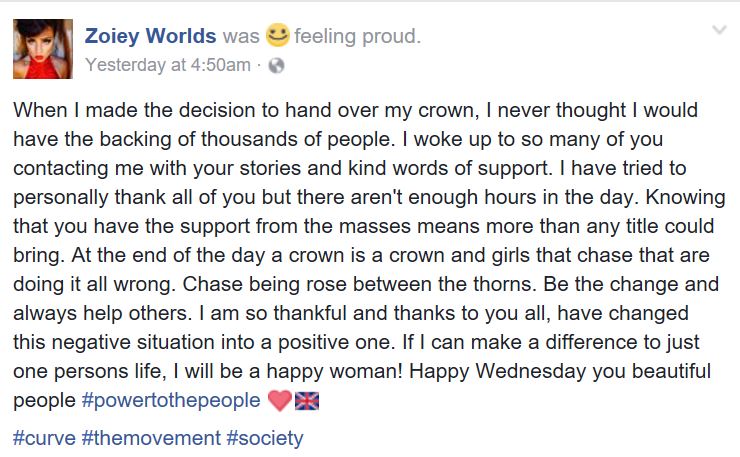