One of the most adorable things about little kids is the way they try to mimic people around them. Oftentimes, in order to learn new stuff, they try to copy everything they see. For the most part, watching this unfold is very adorable to look at.

An 18-month old baby named Augie made many people laugh when he donned his internal swagger and recreated the modeling photos of his uncle Aristotle Polites. In the Instagram account babyandthebody, his pictures can be seen alongside his uncle’s.

The pictures caught the netizen’s attention because it is hilarious and adorable. Katina Behm, Augie’s mother had an interview with The Huffington Post. In this one, she explained:

The image of him with the shirt undone and his bare chest exposed made me laugh because he looked like he belonged on the cover of a romance novel. I took a picture and then realized I bet my brother Aris has a picture just like this on his Instagram page which is filled with modeling photos.

It is funny how it all started with a sister making fun of her brother. Anyways, here’s a list of the funny images of Augie side by side with his uncle Aristotle.

1. My uncle’s six-pack abs got nothing on my world class single pack! 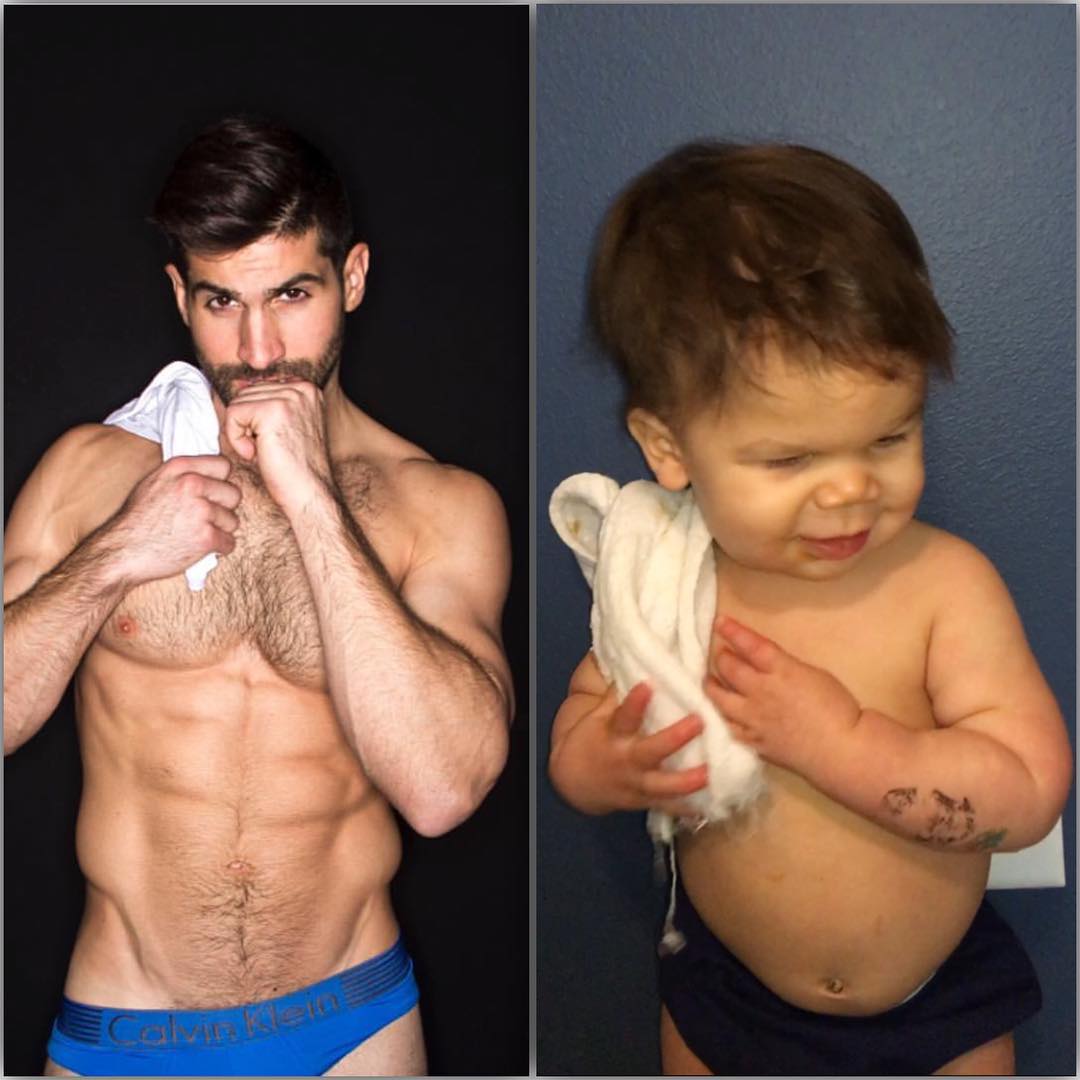 2. Six-pack abs? How about my single-pack baby tummy? 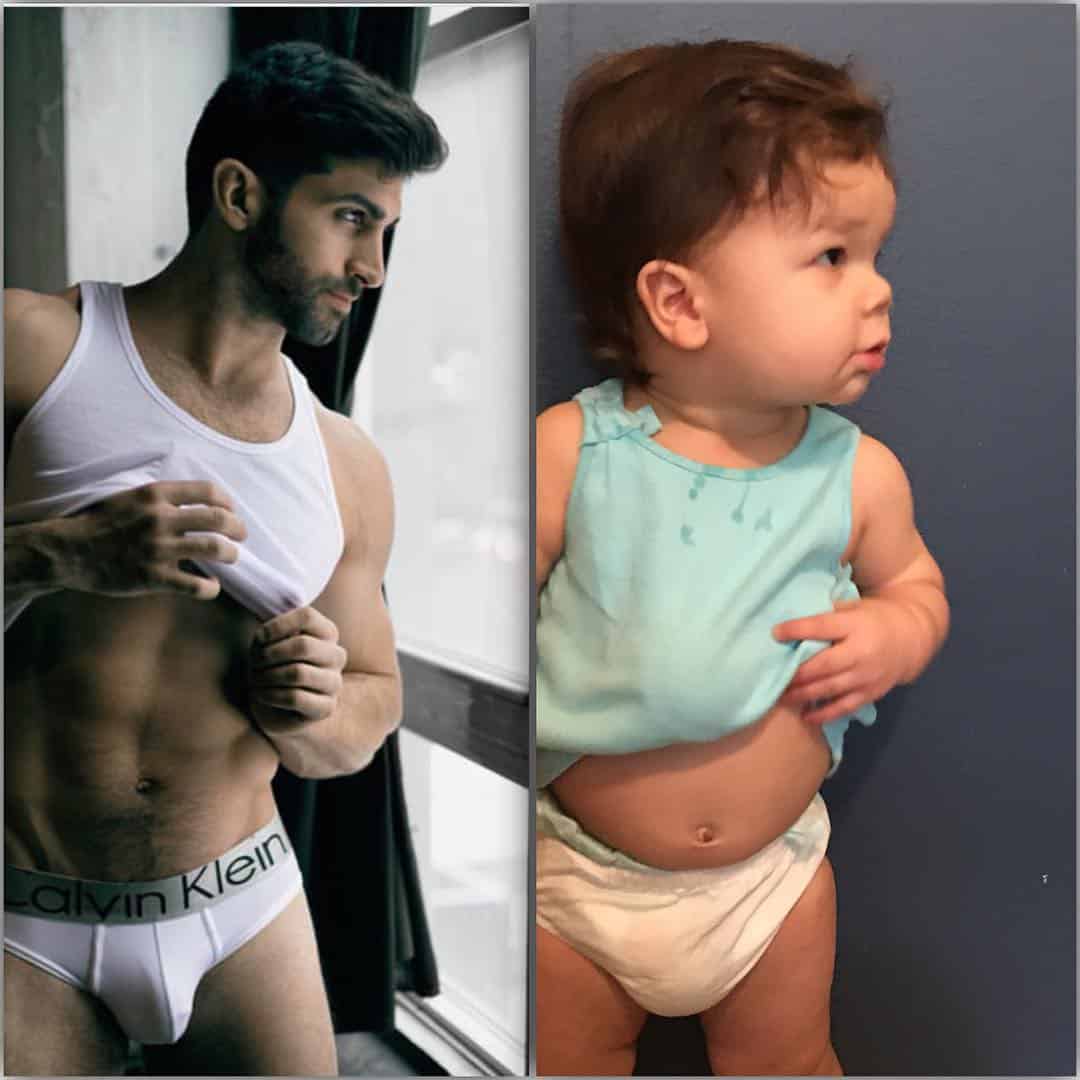 3. Just chilling out, adding to the tumblr’s #justguythings collection. 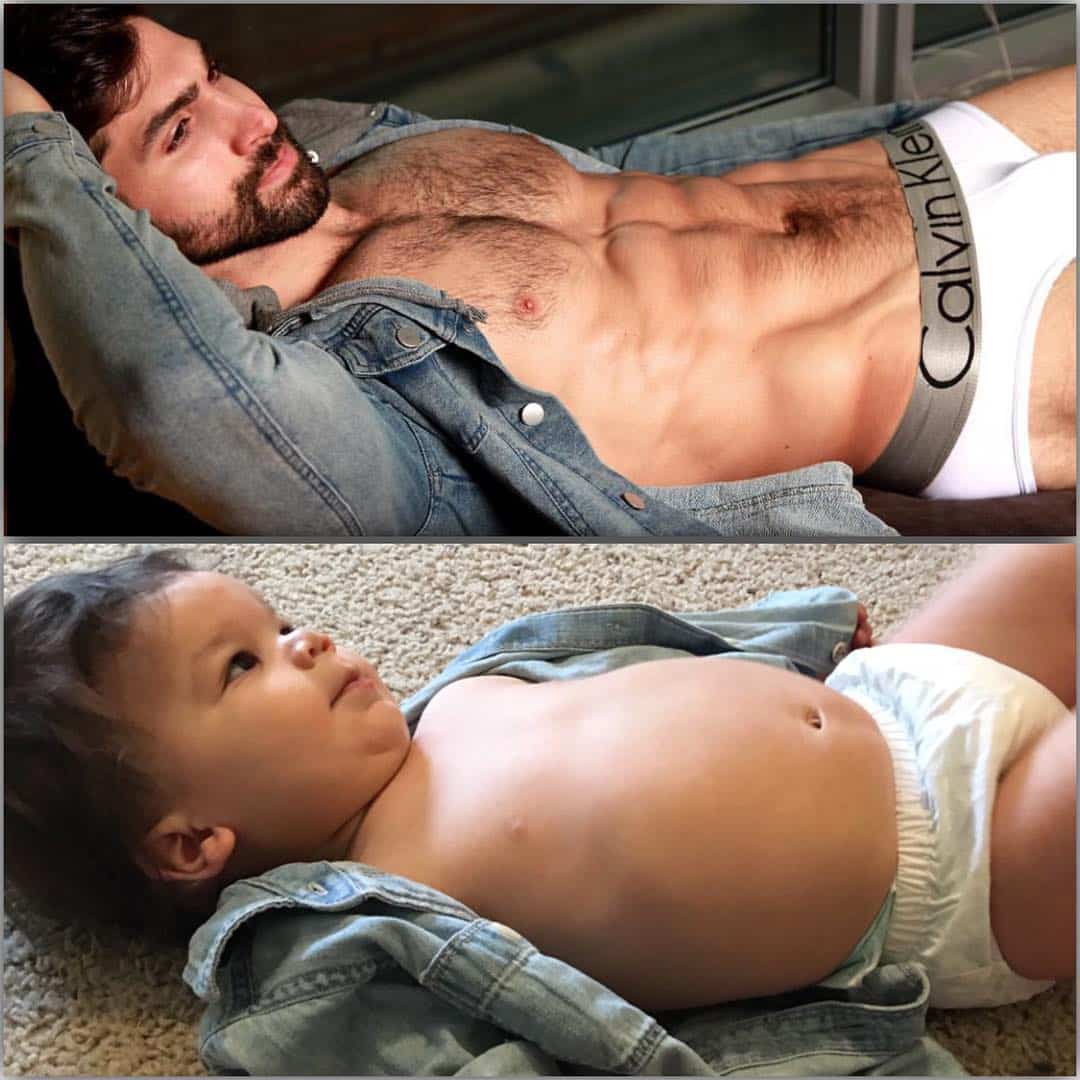 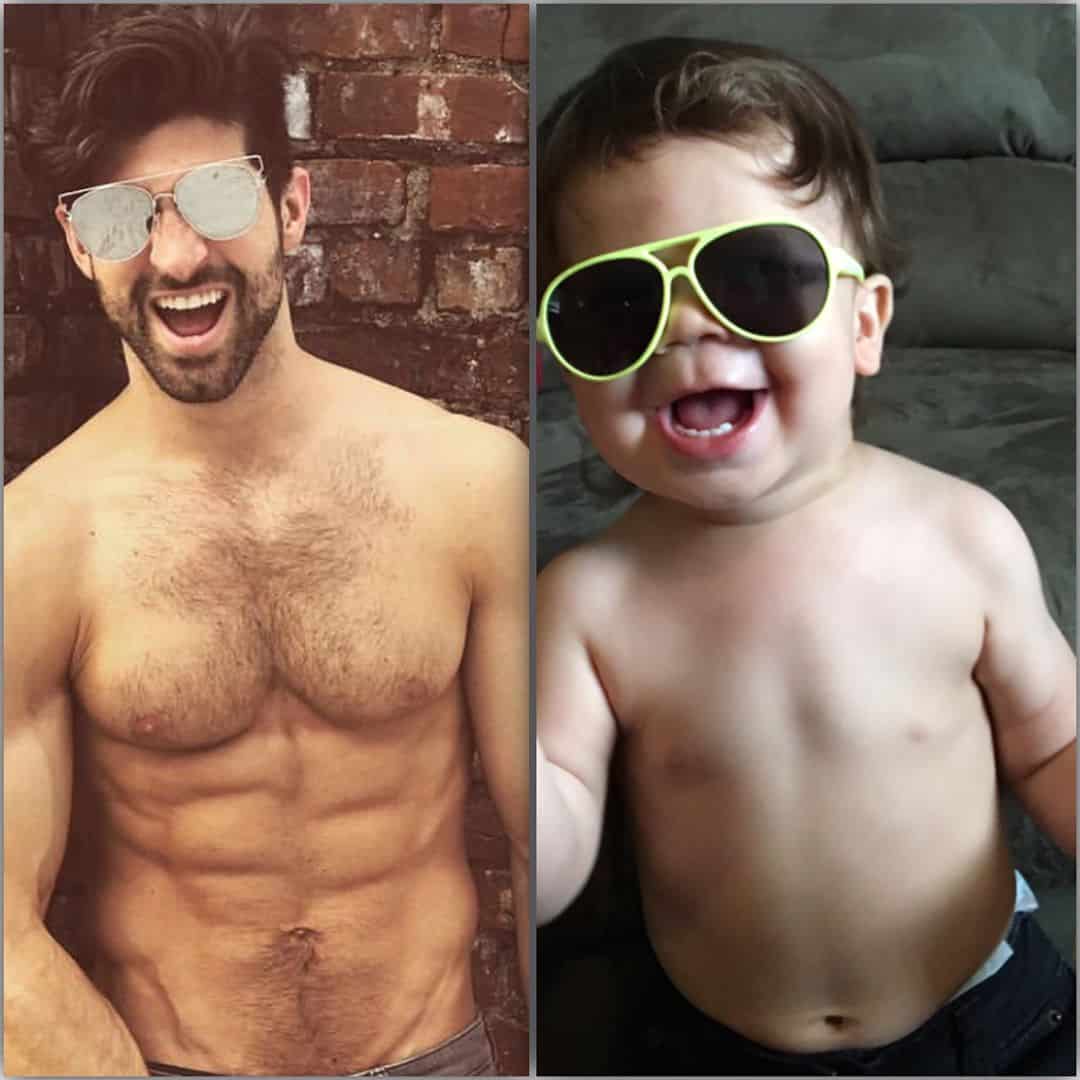 5. This guitar might be bigger than me, but I’m pretty sure I’m cuter! 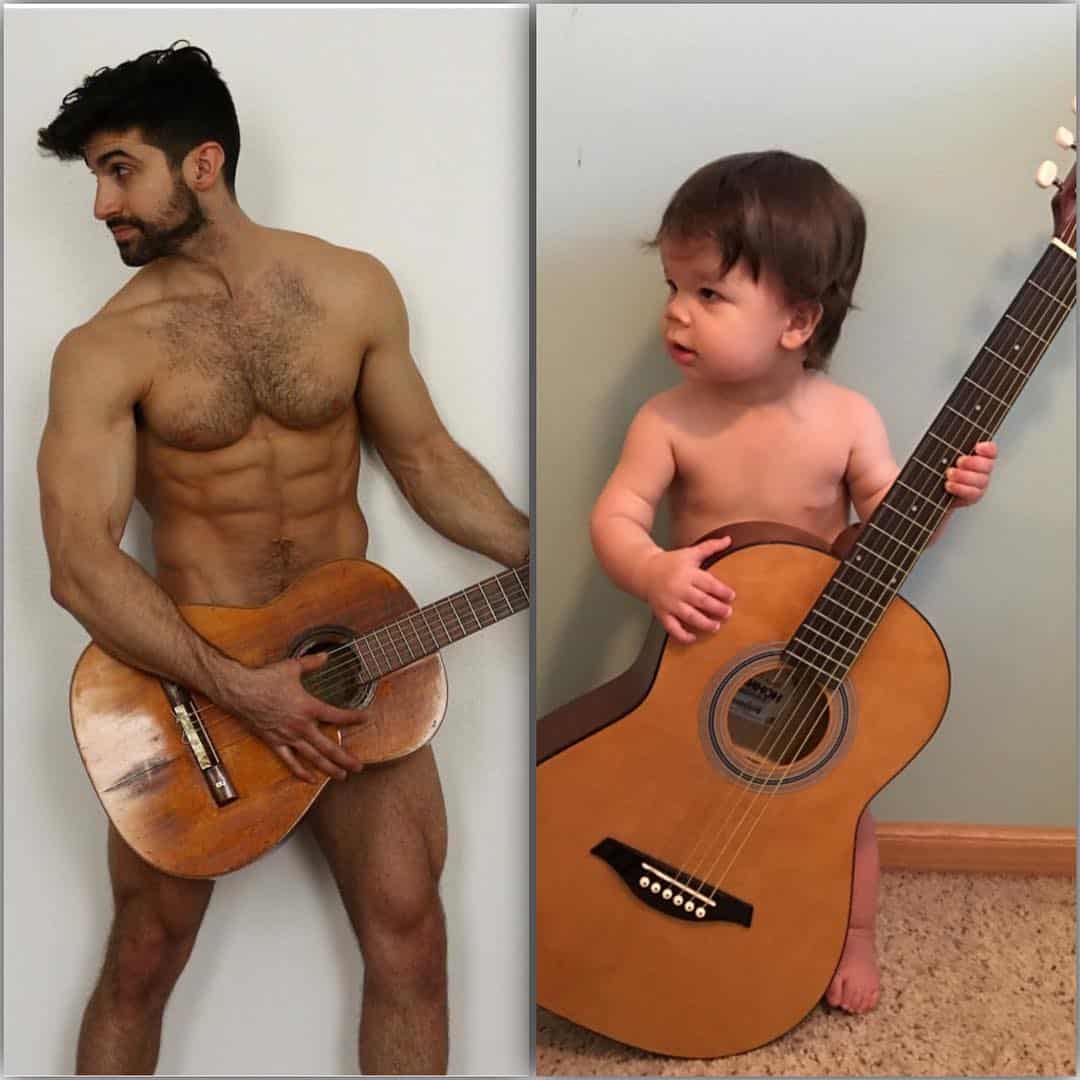 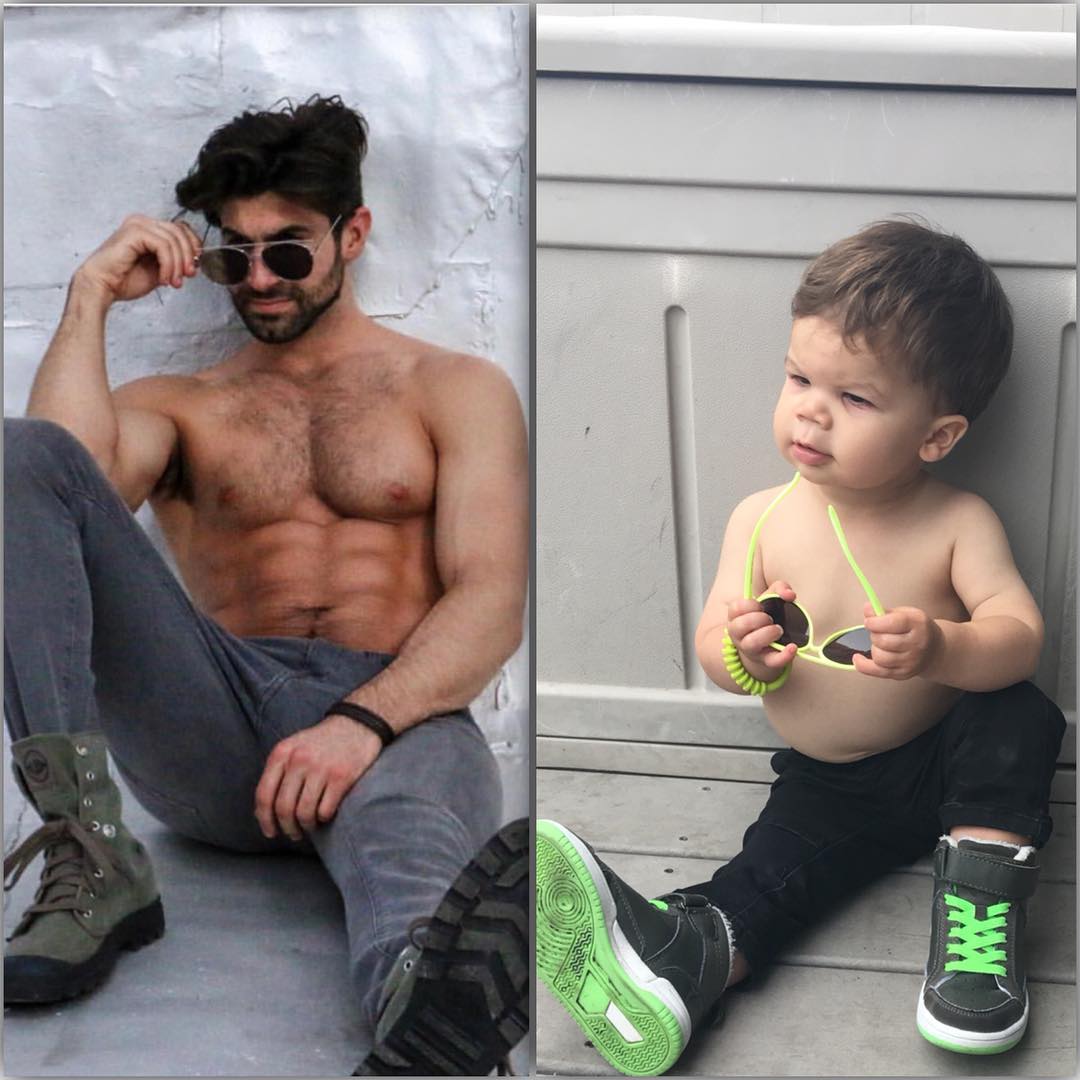 7. I’m pretty sure I can hold my liquor just fine uncle! If only mama would allow me. 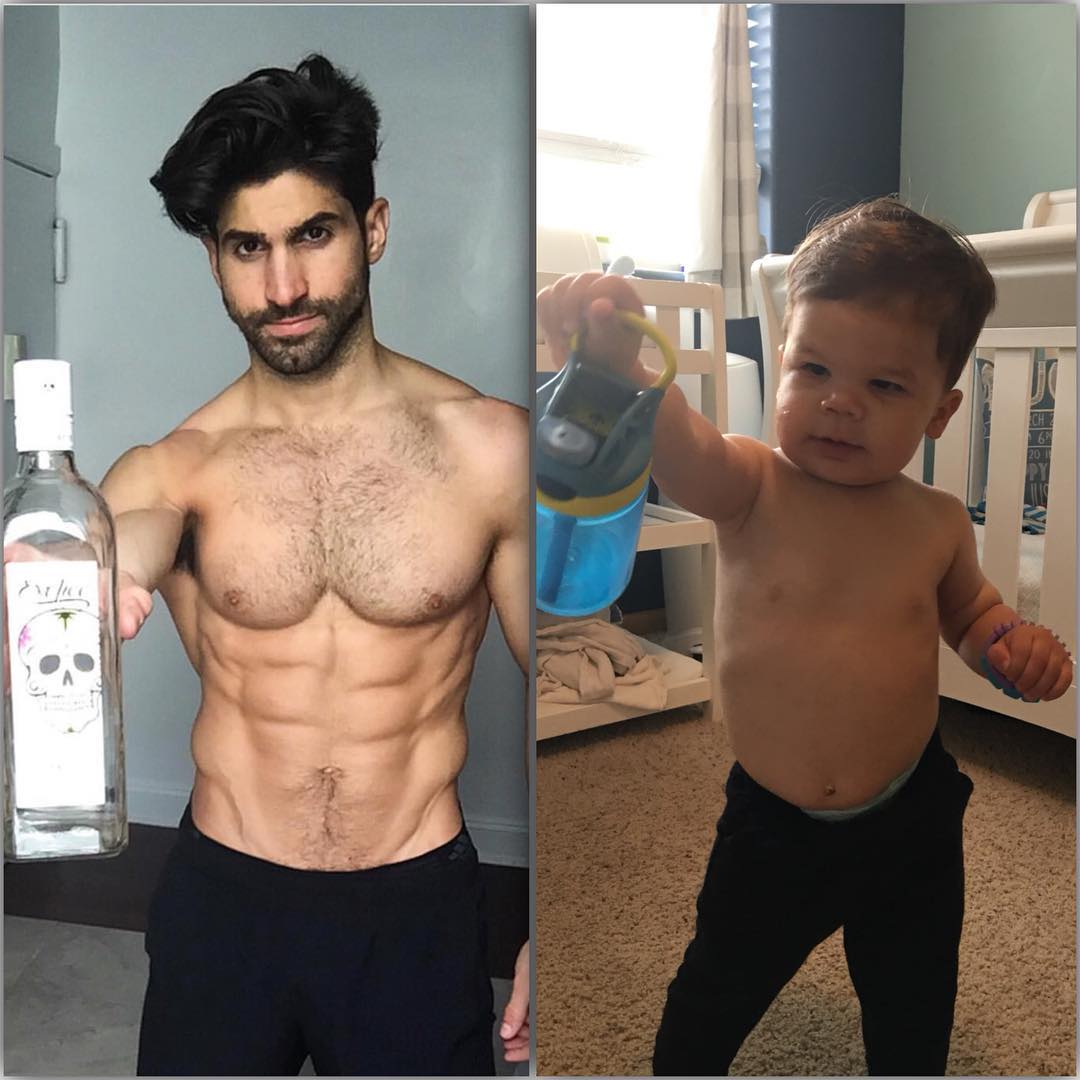 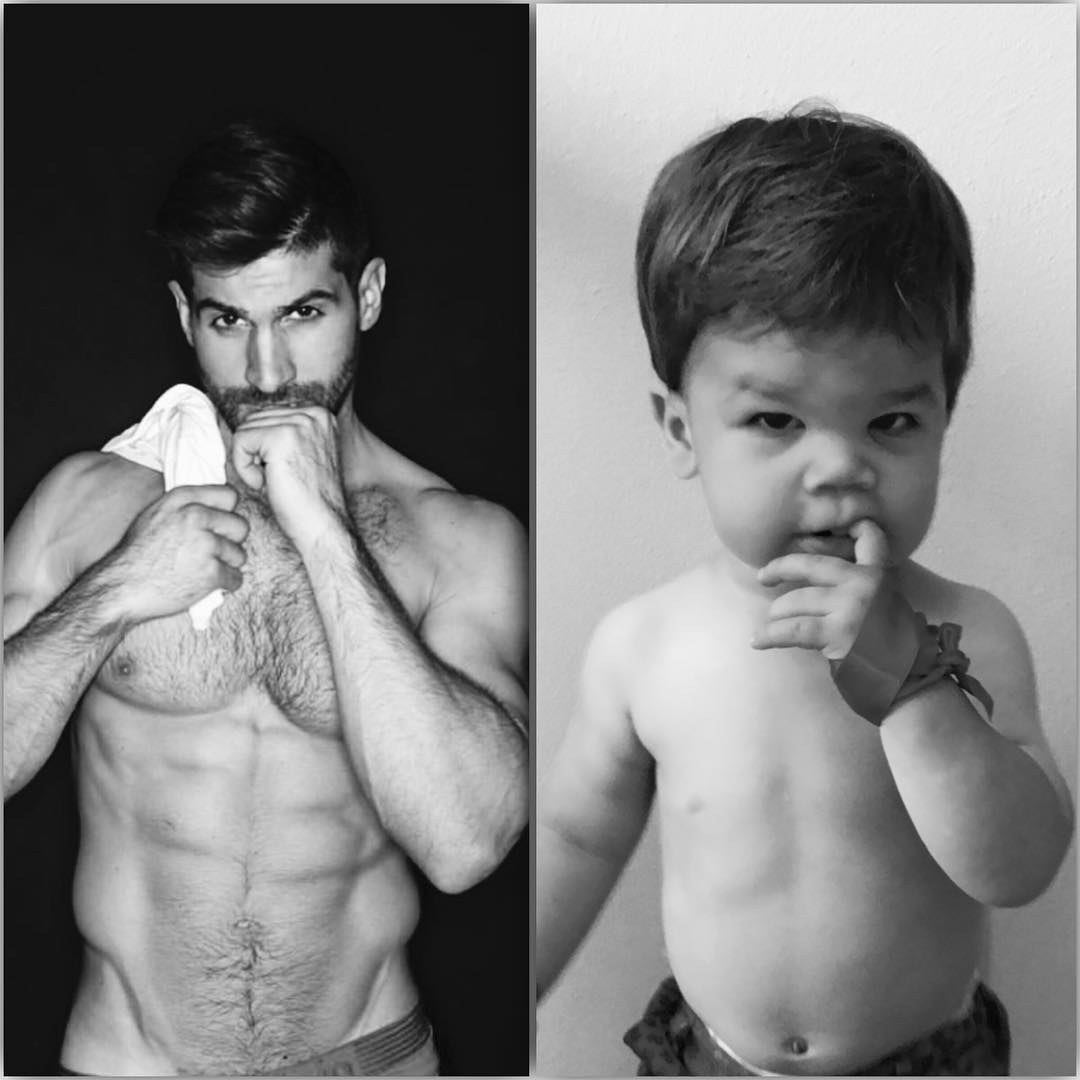 9. Who looks better with the scarf? 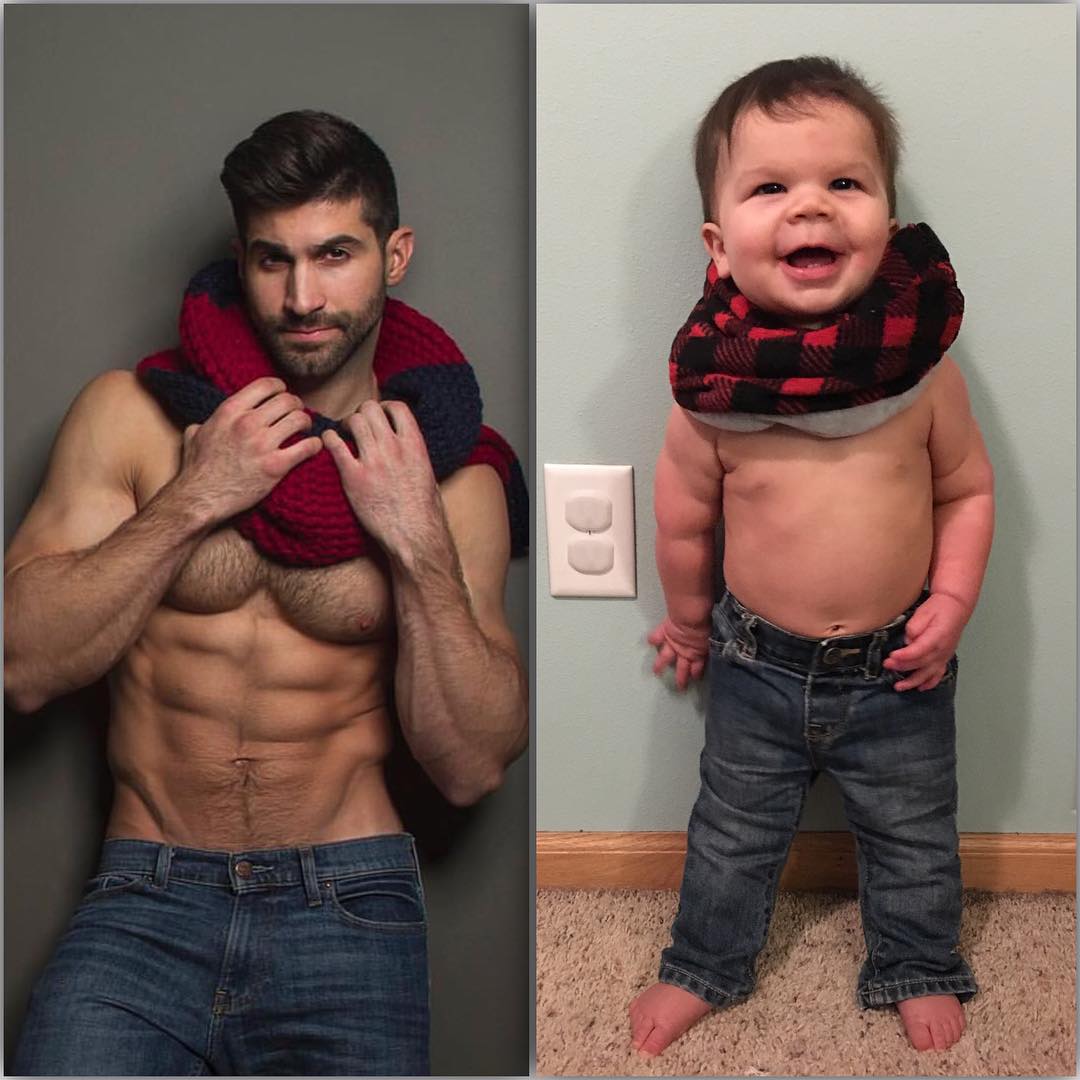 10. Look at that small pair of shoes! 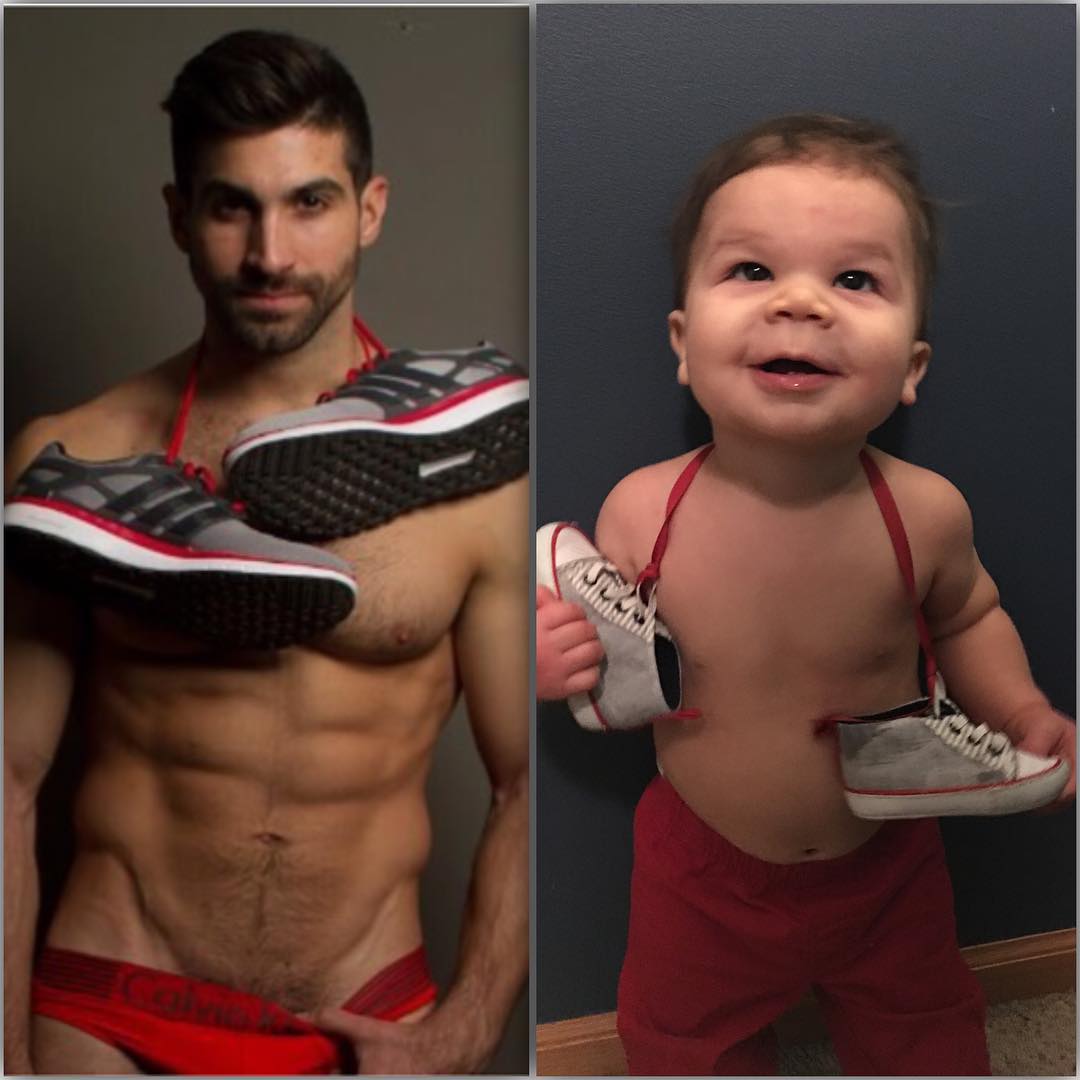 Spot on, isn’t it? It’s pretty hilarious to imagine that it all came from the simple fact that Aristotle’s sister just made fun of him. You can check out more pictures of them on their here.