What some people don’t realize is when a wild animal is being put in domestic captivity it greatly affects their whole existence. Just like orangutans, they depend on their mothers’ love and guidance in their own habitat, not at anyone else’s home.

For almost two years, Joss, a young orphaned orangutan, has been held in captivity as a pet in the island of Borneo. 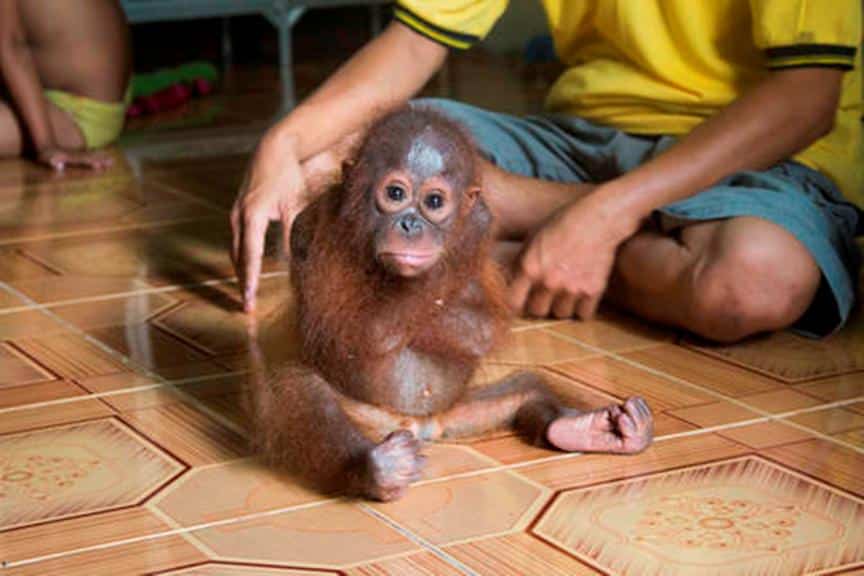 When she was rescued by a team of veterinary experts from the International Animal Rescue (IAR), the young primate was showing signs of disturbing behavior that she possibly developed while being raised in an unnatural way.

The video posted by the animal rescue organization on YouTube has already been viewed more than 200,000 times in just less than a week. It surely has captivated the hearts of so many people (no pun intended). They find it upsetting to see Joss constantly hugging herself because she did not experience that with her own mother. The video also shows the young orangutan banging her head against the wall and throwing her body onto the floor. The scene is just heartbreaking. 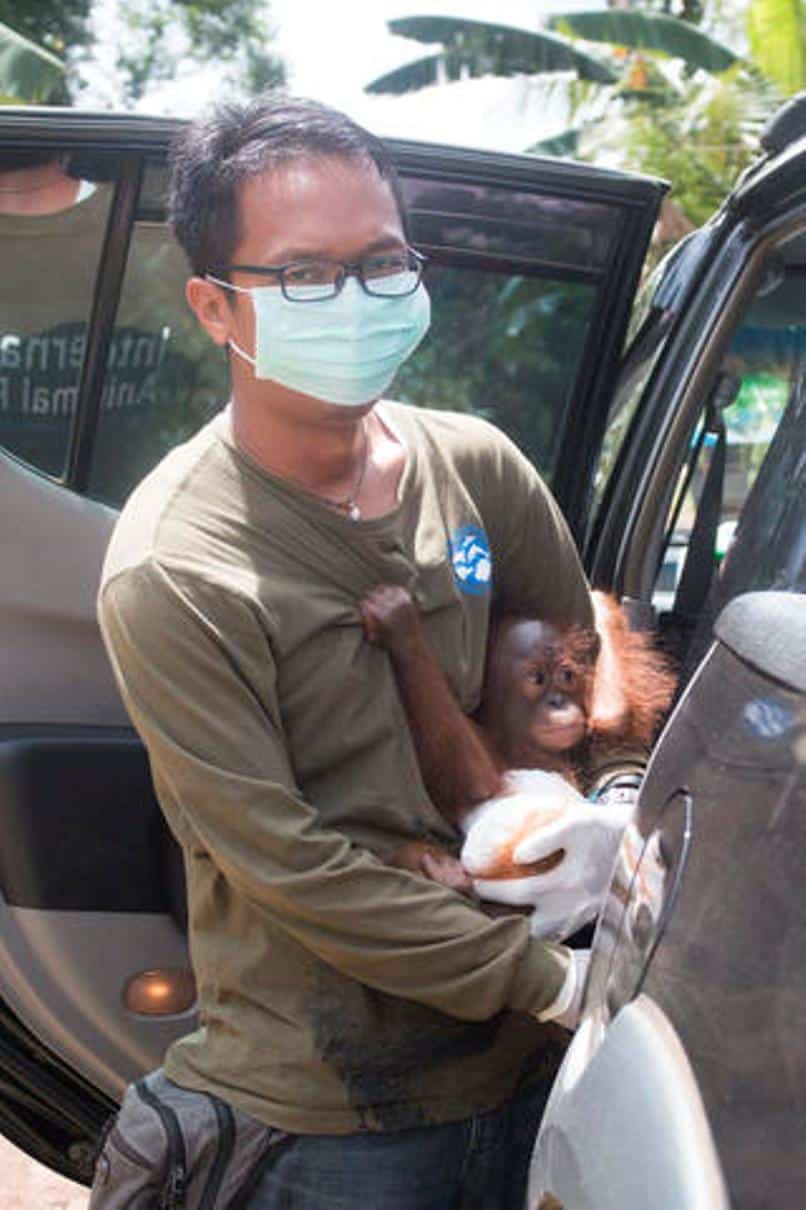 Joss was bought for $36 in Indonesia by a man who said that he felt that the baby orangutan needed help. The man’s name is Dahlan, who said that he did not know at that time it was illegal to bring the orangutan home and treat him as a pet. He just wanted to help the poor thing. His whole family thought that they were giving the animal the love and affection she needed by constantly hugging and squeezing her. They did not realize that it made Joss scared and awfully distraught.

The IAR is making sure Joss will now get the best treatment she deserves. They are now doing their best to rehabilitate the poor orangutan to prepare for her release into the wild in the near future.