A brain tumor from a one-year-old Pennsylvanian baby was said to have reduced in size after receiving a kiss from the pope. Reports say that the baby’s condition was inoperable but somehow a miracle happened.

In September, Pope Francis kissed Gianna during that time he visited Philadelphia for a papal procession. According Gianna’s mom, to Kristen Masciantonio, who told CBS Philadelphia, her little girl got stronger and her condition improved

Kristen and Gianna’s Dad Joey believed that the kiss from the Pope was a miracle for their daughter. The girl’s MRI results taken in August and November showed a significant difference in the tumor size.

One-year-old Gianna gets a kiss on the head from a Pope during his Papal visit last September. 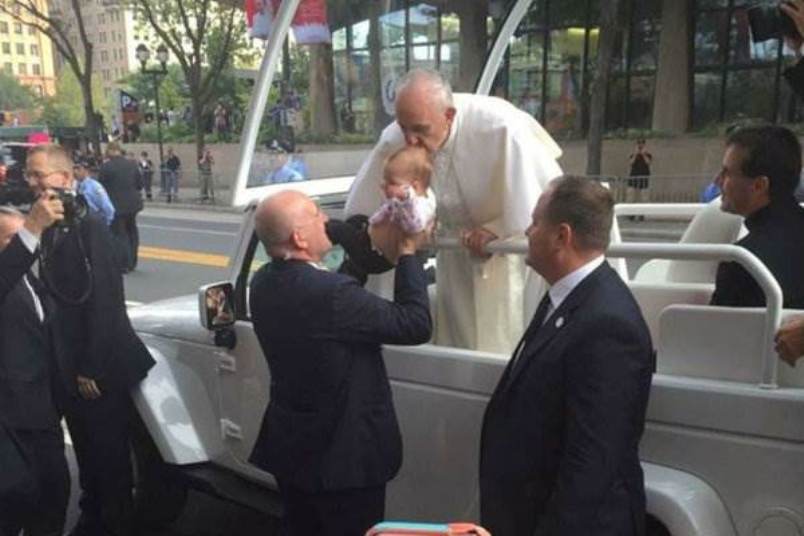 CBS also mentioned that the Masciantonio believed God sent them a sign. Gianna has a brother named Dominic and the bodyguard who helped her up to get a kiss from the pope was named Domenico.

‘Last year was about living in honor of her. ‘Now we’re going to get to live with her.’ Joey said. The father also added that it was God’s will and He sent the Pope to them.

Joey also recalled that special moment their daughter got close to the Pope. As reported in NBC News, the family received a call from FBI Agent – also their friend – who was assigned to secure the Pope’s route. Agent Donny Asper instructed the Masciantonios to head downtown as soon as possible and also gave them passes to see the Bishop of Rome.

MRI scans of Gianna’s tumor from before and after the kiss. 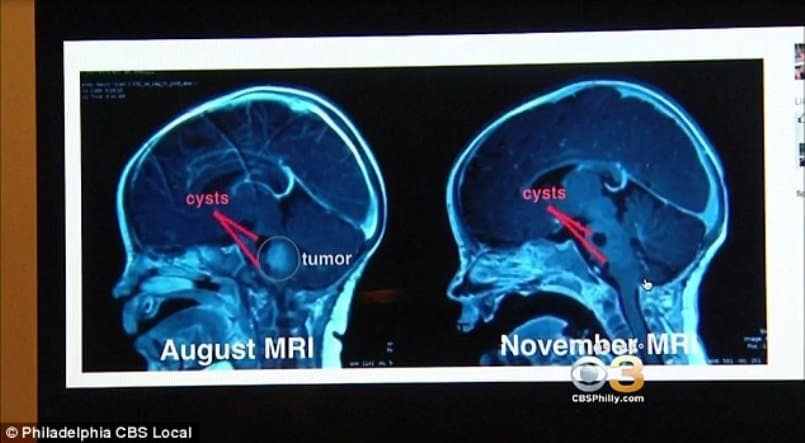 Joey and Kristen are devout Catholics and it’s been their dream to see the Pope but they got more than what they expected. They had Gianna, who suffers from a blood disorder called juvenile xanthogranuloma, blessed by the leader of their Church.