A baby boy born in Quezon City, Philippines, who bears stigmata-like sores that resemble the wounds that Jesus Christ sustained during his crucifixion, has gained the attention of thousands of Catholics in the country.

The baby, named Jejomar Castillo, was born on March 15th. Upon delivery, doctors noticed that baby Jejomar bears strange lesions on both his hands and feet, and on his forehead. His lesions are remarkably similar to the wounds sustained by Jesus Christ when both his hands and feet were nailed to the cross, and when a crown of thorns was placed on his head. 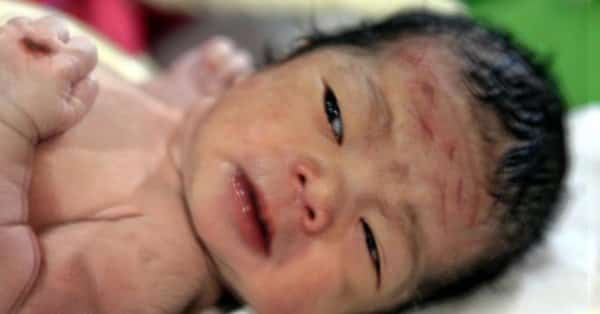 Word about Jejomar’s birth and his stigmata-like lesions spread like wildfire around the hospital and in the city. As a result, a crowd of people who believe that Jejomar is a “miraculous baby” has gathered within hours outside the baby’s hospital room and in the hospital grounds in prayer.

The crowd believes that the birth of Jejomar is associated with the ‘second coming’ of Jesus Christ. Slogans and signs bearing the words “Welcome to the Saviour” and “Thank you God for sending Jejomar” are being waved around as the people chanted and prayed.

A crowd gathers outside the hospital to pray. 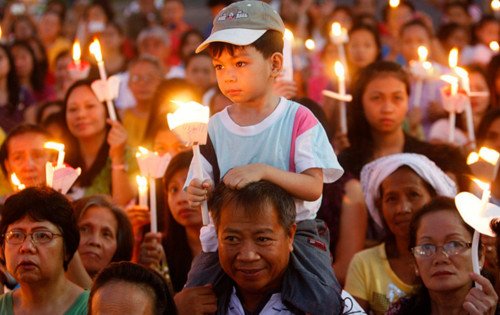 Dr. Merlyn Cruz, one of the Philippines’ top experts in the field of microbiology, states that Jejomar is suffering from a rare condition that causes localised purpura. Purpura develops as a result of bleeding from the small blood vessels near the skin surface and is characterized by red or purple rashes on the skin.

Doctors say that Jejomar suffers from a rare medical condition. 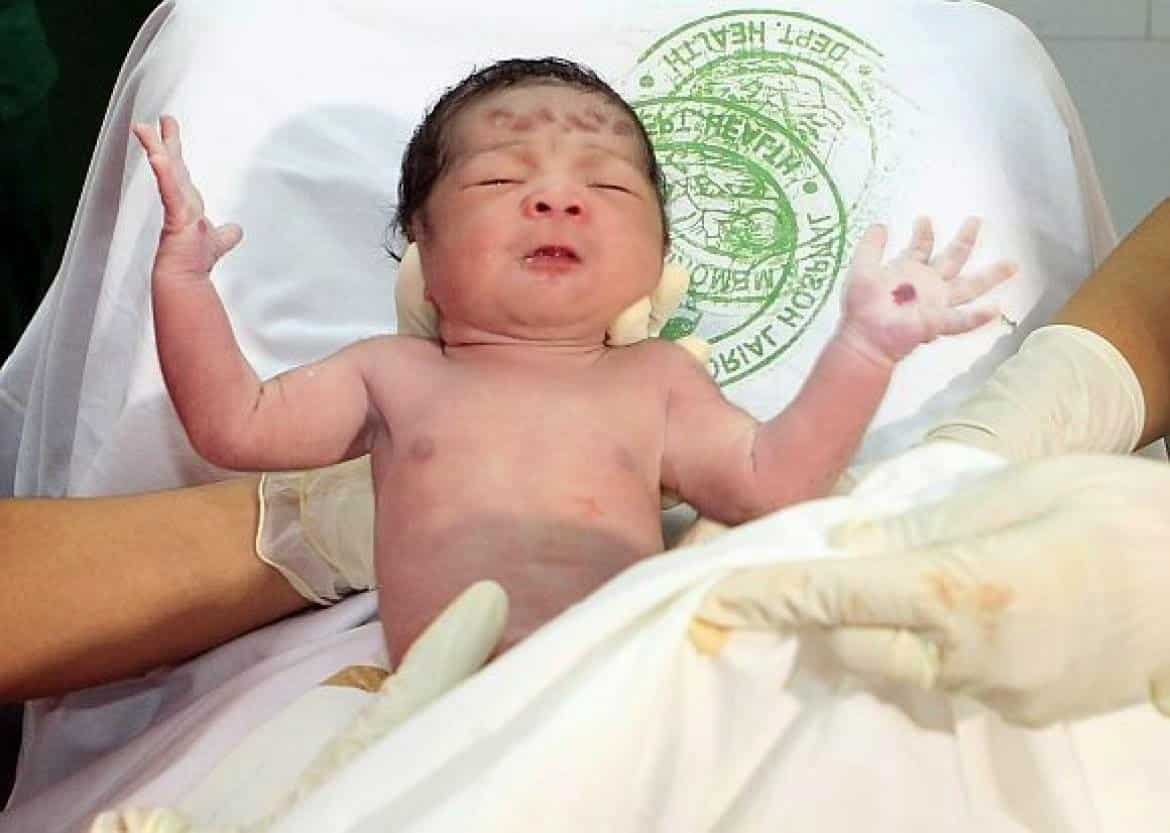 “I have to admit that this is an amazing case,” says Doctor Cruz.

“Only a handful of similar cases have been recorded throughout history, and it’s the first time on a baby, so the scientific knowledge accumulated about his pathology is very scarce. We are doing a series of tests to determine what these sores actually are and what is causing them to appear, but we have found nothing yet,” she added.

Update: Is This Hoax?

Apparently, the answer to this question is yes. The newborn in the picture is a female baby named Danica May Camacho. Baby Danica was the world’s 7 billionth baby, and she was born at Jose Fabella Memorial Hospital in Manila, Philippines.

The original photo shows that she was born healthy and without any skin discolorations. 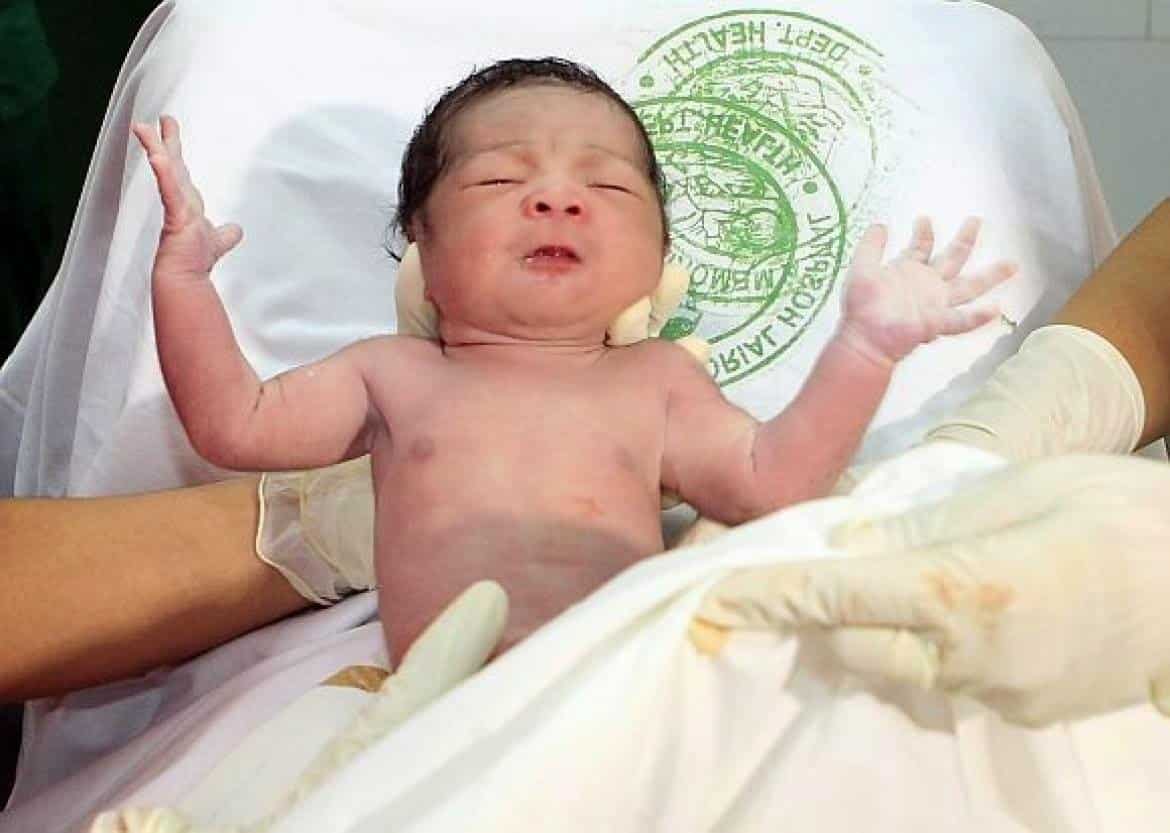 Whether this story is real or fake and regardless of our religion, what is important is the strength of our faith.

Several cases of people with stigmata have been documented; however, none of the past cases have involved a newborn child. The most famous case of stigmata is considered to be that of Saint Padre Pio de Pietrelcina, who bore the stigmata for most of his life. 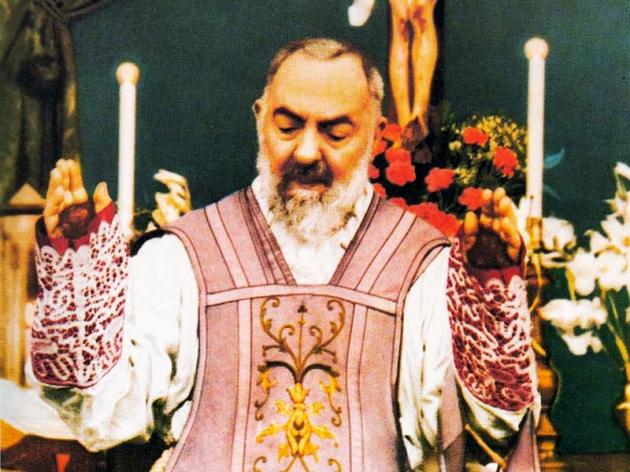 What do you think about this story? Share your thoughts in the comments section below, and don’t forget to share this story with your friends.