The love of grandparents for their grandchildren know no bounds. In fact, most of them would probably plead guilty to spoiling their grandkids.

This has once again been proven by a grandfather from San Jose who gained a lot of online love lately after getting his granddaughter a massive-sized teddy bear. He’s now being considered by many netizens as the “coolest grandpa ever.”

This grandfather posted a photo online in front of big teddy bears. 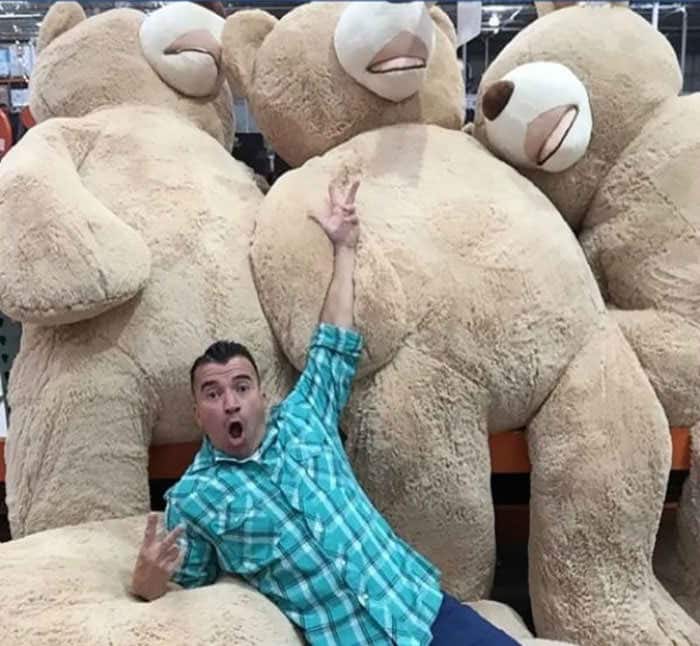 This granddad, who works at Costco, recently posted a photo of himself in front of big teddy bears.

Sabrina Gonzales, mother of 5-month-old Maddie, saw the pic and commented that her daughter “needs one of these.” 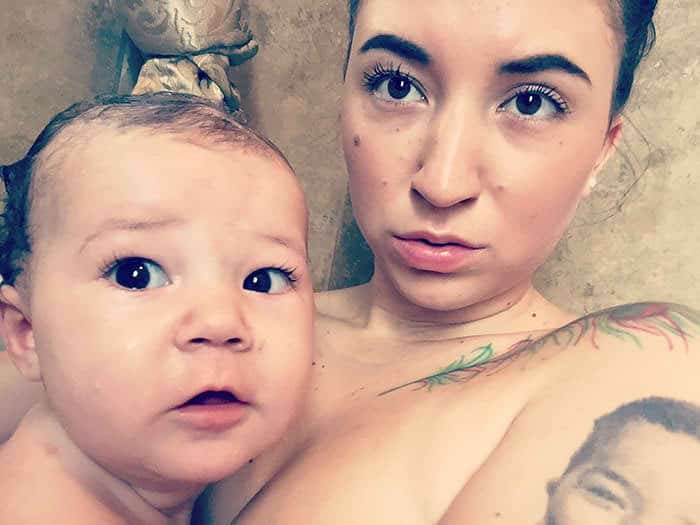 Sabrina Gonzales, mother of 5-month-old Maddie, jokingly commented on the image saying her baby “needs one of these.” Much to her surprise however, the cool grandpa took it seriously.

Sabrina later received a text message from Maddie’s grandpa saying “LoL I got one.”

“Next thing I know, I receive a text from him saying he bought her one.”

Sabrina then posted the photo on Twitter and captioned it “Grandpa bought her a teddy bear.” 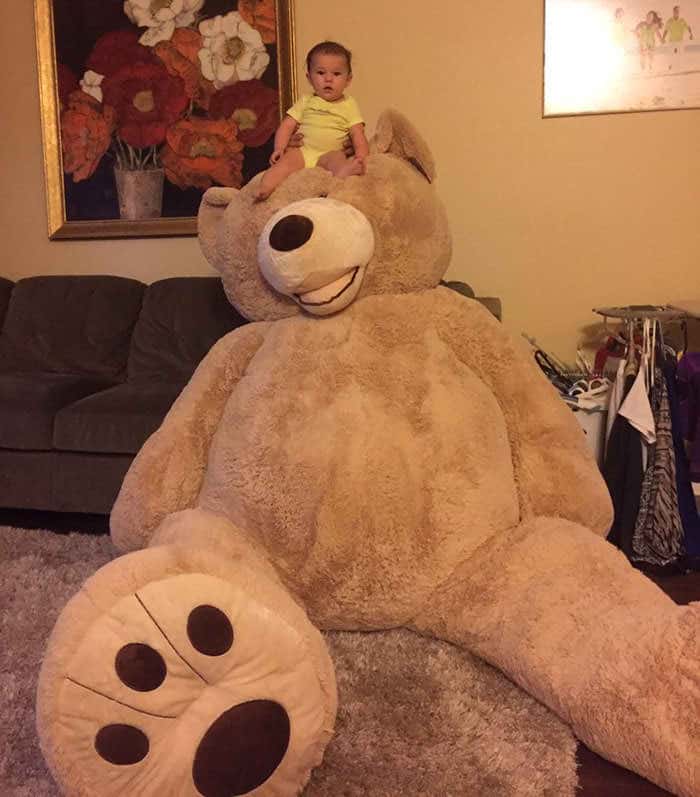 The delighted mother then posted a photo on Twitter showing Maddie and the huge teddy bear that grandpa just got her. Unsurprisingly, the cute image quickly went viral as it attracted thousands of likes and retweets.

And yep, baby Maddie looked like she was really comfy with her new bear. 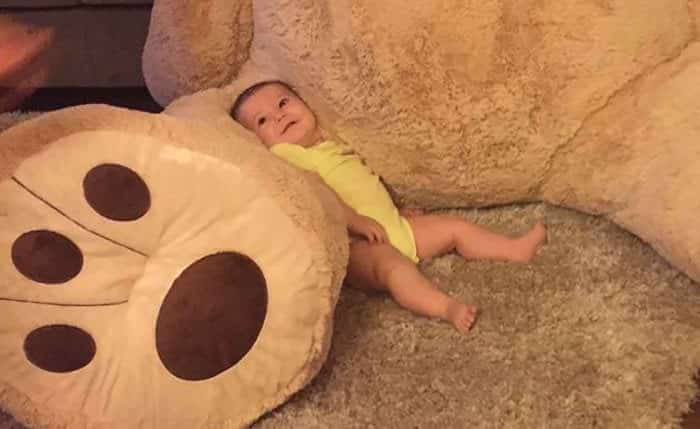 Thumbs up to this awesome grandfather and all the cool grandparents out there. You really make the world a fun-filled place for your grandchildren.