The saying “dress to impress” is well-known all around the globe. But what does it really mean? This is one of those dress codes that leaves way too much room for interpretation and, honestly, isn’t fair to everyone as what’s impressive for me might not be impressive for you. Additionally, some just can’t be bothered to impress other people.

Just take this one man in Kuala Lumpur, Malaysia, for example. He is certainly not one of those flashy rich people and is more of a casual kind of guy, and it seemed that the Louis Vuitton store staff are not too impressed with his style. 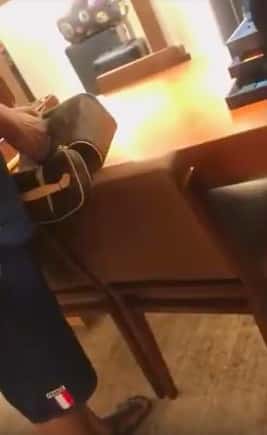 Ismail Ariffin took to Facebook to share about the experience of his friend, Zainal Abidin, in a luxury store in Kuala Lumpur City Center (KLCC). The dynamic, high-rise City Center is known for upscale fashion malls, luxury hotels and expansive views from the futuristic Petronas Twin Towers.

Ismail alleged that he and Zainal were treated like “dogs” because of what they were wearing. He shared that they returned to the Louis Vuitton store because Zainal purchased a bag three days prior and wanted to have his name embossed on it, so he brought it back.

However, the staff didn’t agree with his request as they were worried that Zainal’s request might damage the pricey bag. While that seemed fair, what made the whole incident upsetting is that the staff allegedly looked at Zainal like he was poor, which made him angry and said, “You can’t treat me and my friend like monkeys.” 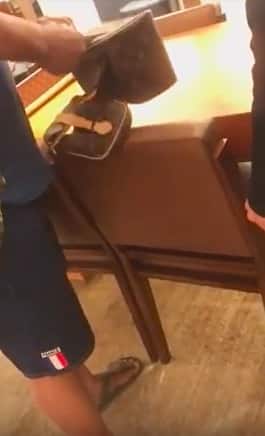 Zainal was so angry with how they were treated that he requested for a pair of scissors from the staff. He then cut the Louis Vuitton bag that he bought from the store right in front of them to let them know how upset he was.

“They think their LV bags are greater than our dignity.”

Zainal is definitely far from being a poor man. In fact, the duffle bag he was carrying at the time was a Louis Vuitton x Takashi Murakami Monogramoflauge Duffle Bag worth more than $7,000. 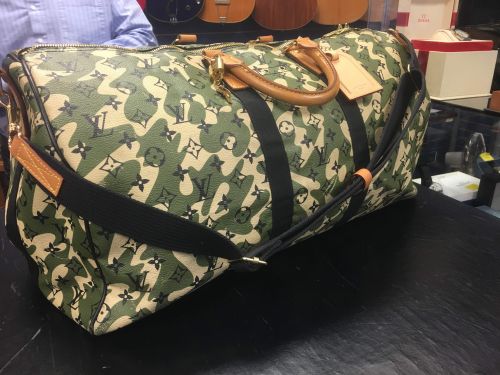 The video immediately garnered a lot of attention, and netizens started to share their disappointment and experiences as well.

“Some of the workers act as if they are the shop owner when in reality, they’re only making minimum wage.”

“I was told before that some fashion boutiques would ask their employees to ‘scan’ the customers so that they would feel challenged and end up spending more money at the shop.”

But an anonymous source shared that the staff tried to explain to Zainal that they could not emboss his name on the bag because of its material.

Was it just a miscommunication? Let us know in the comments section below!