It’s rare for an athlete who can complete the course, and only two warriors have so far achieved the ultimate goal. Now imagine a prehistoric creature actually competing in the grueling race. 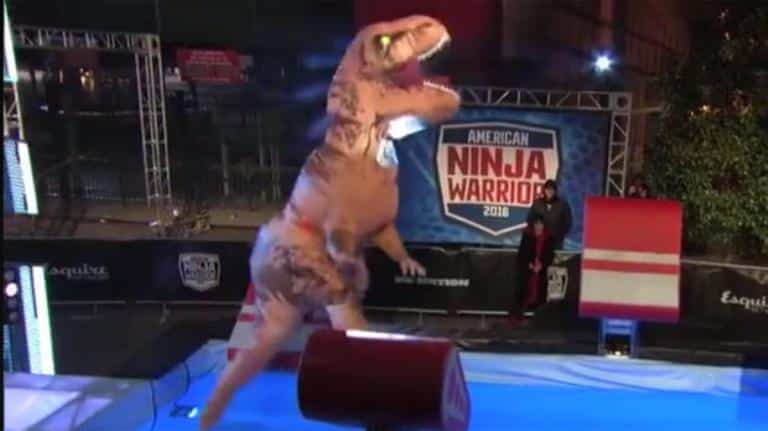 No other contestant has achieved as much star status as this guy who went through Atlanta trials dressed in a Tyrannosaurus rex costume.

Outfitted like no other contestant in the race, the T-Rex dominated the show and wowed the audience with his mastery.

Of course, being “65 million years old” may have helped. Especially as Tyrannosaurus rex dominated the Cretaceous period like it was nobody’s business. 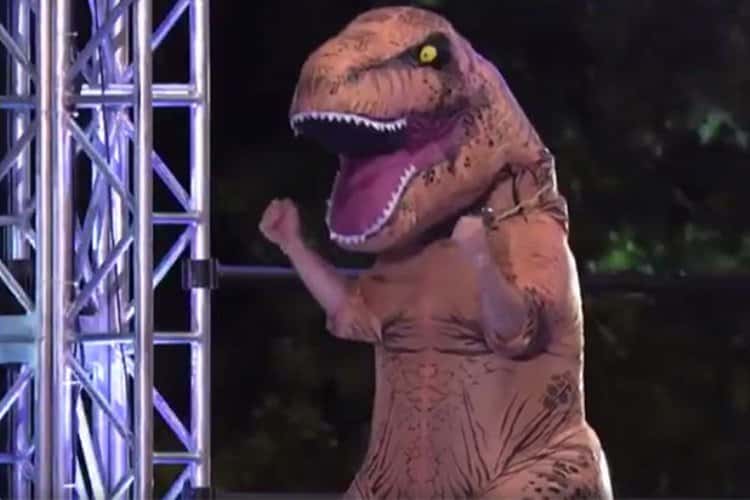 The obstacle course is difficult enough as it is, but encumbered in a heavy rubber ensemble of a long-extinct lizard monster makes going through the increasingly strenuous sequence even more awesome.

the T-Rex smashed through the Floating Steps.

He flew through the Big Dipper like a shooting star. 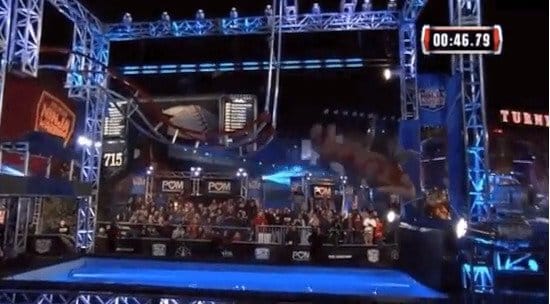 And twinkle-toed his way across the Block Run. 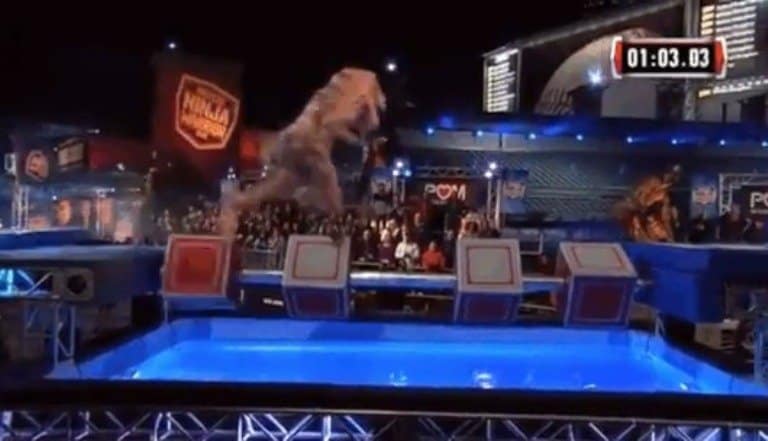 In fact, he made his way through the obstacle course like it was no big deal.

However, like the real T-Rex that became extinct all those eons ago, this dinosaur contestant flubbed through the Spin Cycle and fell into the soup.

Thus, he ended his dream of victory. 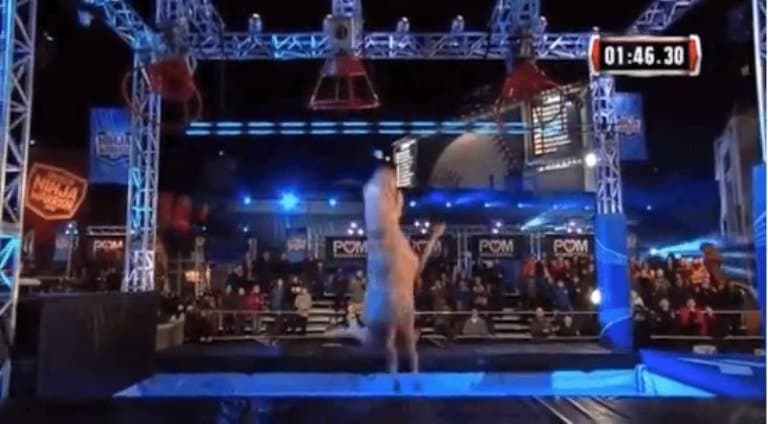 Despite washing out, the crowd cheered T-Rex on like there was no tomorrow. After all, he successfully made it further and faster than many other hopefuls.

And in a cumbersome rubber T-Rex costume, too.

Despite not making it to the finish, the T-Rex Ninja Warrior will live on in the annals of the show’s history as the only extinct creature to ever compete.