Pit bulls have always been painted in a bad light. They’re being labeled as “vicious” and “dangerous” among many things. But Junior is certainly one pit bull who wants to show the world that pit bulls can be the gentlest and most loyal dogs on Earth.

Junior doesn’t want to just lie around without watching over his human baby brother. As he was sitting on the couch, he then gently placed his paw on the baby’s bassinet and started rocking the little one to sleep very gently.

Junior made sure his human baby brother sleeps peacefully.

It remains to be seen where this family is from but Daily Mail reports that this video was taken in 2017 in the United States but was acquired just recently.

It can also be seen that the family owns another pit bull spotted on the background. From the looks of it, this baby will grow up to be surrounded by great best friends. Not to mention, the baby will have cool babysitters.

This video only debunks the wrongful stigma against pit bulls. Not only are some people scared of them but there are also countries that ban the ownership of these dogs.

But looking at how Junior treats his baby brother and the many adorable photos of pit bulls and babies on the Internet should be enough to prove that they are not monsters.

Here's a pit bull and a baby to brighten your day. 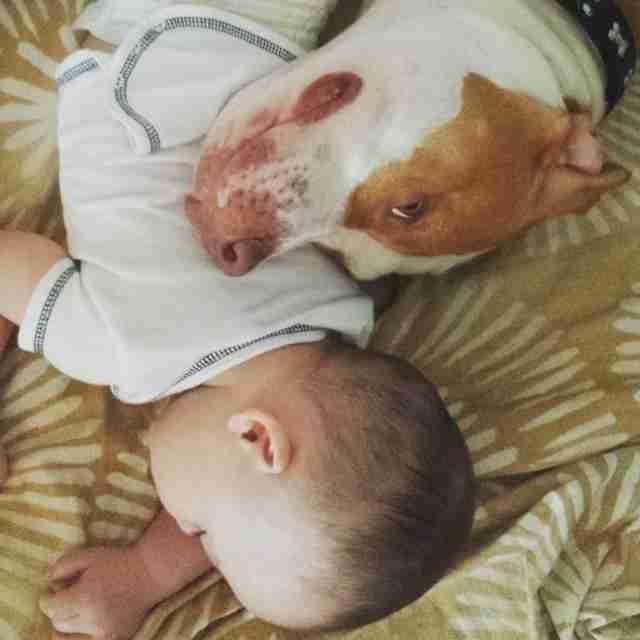 Pit bulls can be the most lovable and gentle dogs. 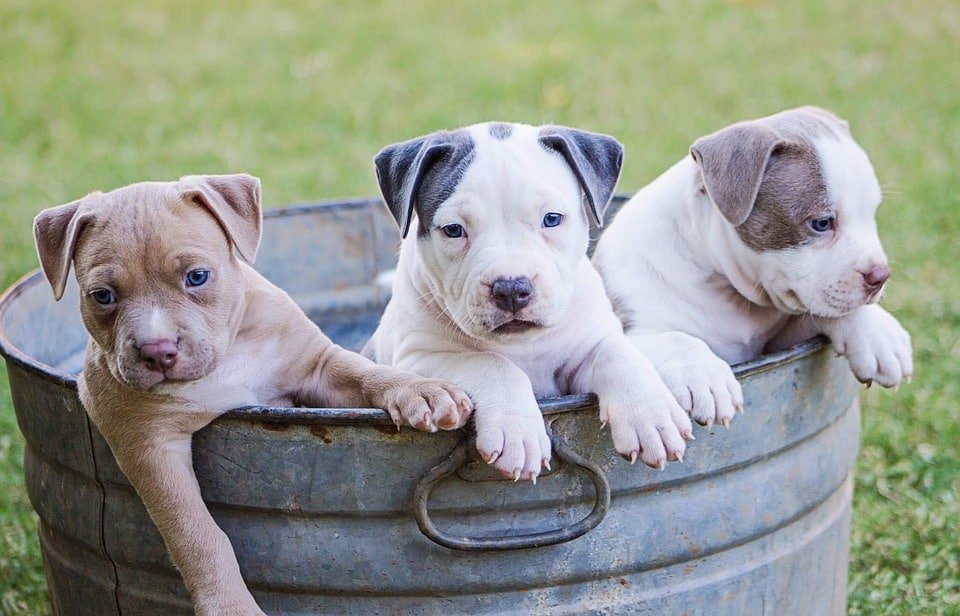 These dogs can be awesome best friends and great protectors of babies. 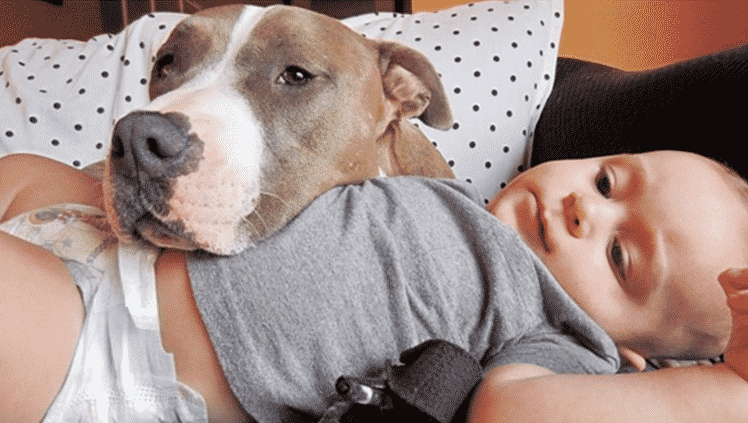 Pits seem to be fond of being with little ones that they can act as their “nannies”. They are capable of love and they can do anything for their little human best friend. While many dog breeds are excellent companions for babies, there will always be something special about a baby and the dog that everyone sees as tough and vicious turning out to be the most loving and caring canine best friend.