Dogs have always, in one way or another, shown their loyalty to their masters. They can do anything just to protect the person who raised and gave love to them. They can be willing to risk dying just to get their masters out of harm’s way. At times, they would even try to defend their masters from an abuser.

Just like this dog in the video below. A bully-type breed of dog is usually regarded as dangerous and vicious. However, this dog’s action proves that dogs are loyal creatures and would even turn against a household member who’s being abusive to other members.

This couple filmed their dog’s reaction to abuse. A woman and her dog was sitting on the couch when a man, assumed to be her husband, gets in the view of the camera. The man then starts fake-hitting the woman on different parts of her body. That’s when the dog started to make a move to defend the woman.

The man starts to hit the woman several times. 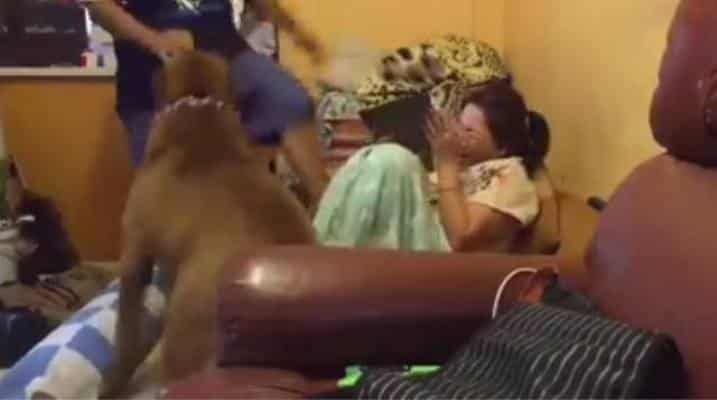 Each time he does, the dog would stop him. 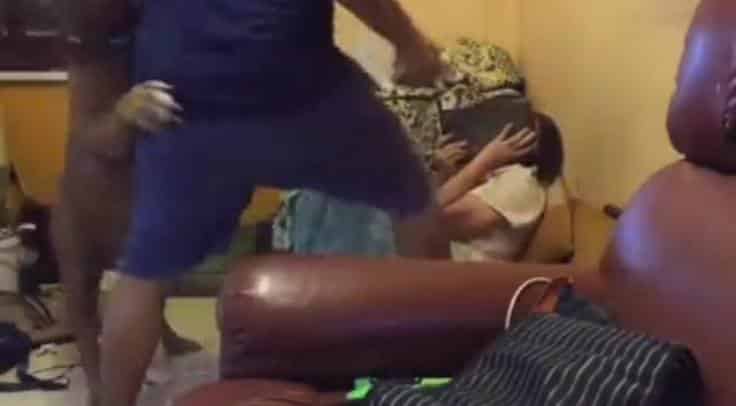 This shows how ready this dog is to protect its master from an abuser. 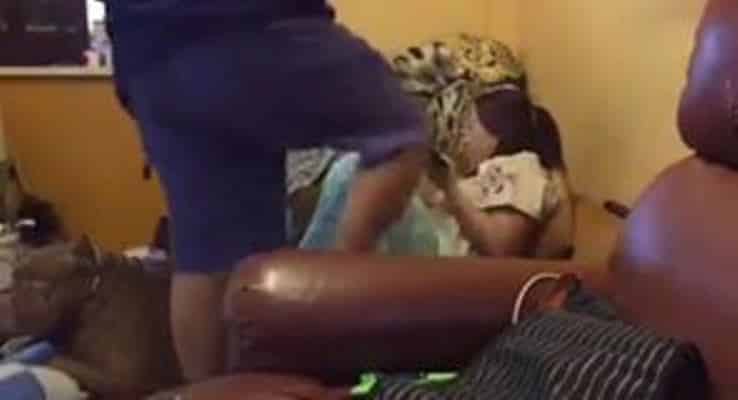 Clearly the people in the video are faking it just to show how loyal a dog can be to its master. The dog is willing to fend off even people in the same household. The big creature didn’t even bite the man, but did what he can to stop him from continuing hitting the woman. This pooch certainly doesn’t tolerate physical abuse. Mess with this dog and you’ll be in big trouble.

The video also highlights the issues of domestic violence and pets. This thing can happen in real life. Women can turn to agencies that are against domestic violence and there they’d be offered protection. In some states though, pets are already allowed because most of the time, women victims tag them along while seeking shelter.