African people are experiencing all kinds of horrific deaths as they try to cross the Mediterranean to reach Europe. The news from the past couple of days was all about tortures that human traffickers inflict on migrants, but now, Libyans account the new death toll to a shark attack.

Dozens of migrants reportedly died after being attacked by a herd of sharks while they were crossing the Mediterranean. Libyan navy rescuers said 31 people passed -18 of whom were children and women – away from the attack that happened between Africa and Italy, and 40 people are still missing.

31 desperate migrants died after their boat reportedly capsized in the Mediterranean.

An alarm was raised early last Friday about the crossing where two Libyan coastguard boats were deployed to the scene. The rescuers reportedly found horrific scenes when they reached the site with many of the migrants were bitten by sharks.

The Libyan Navy claims they arrived at the scene witnessing how the migrants were attacked by a pack of sharks. 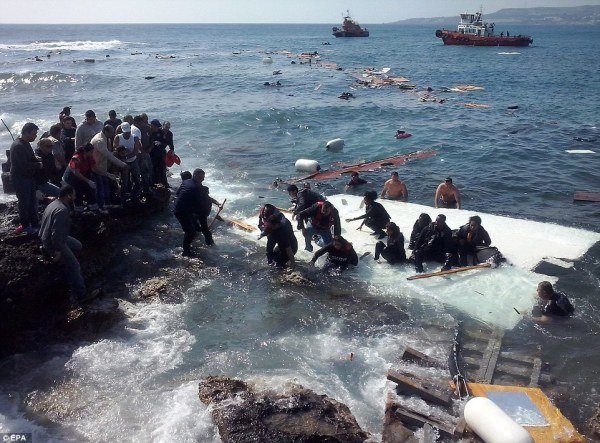 The attack reportedly happened when the migrants took advantage of the weather to cross the Mediterranean to reach Europe. 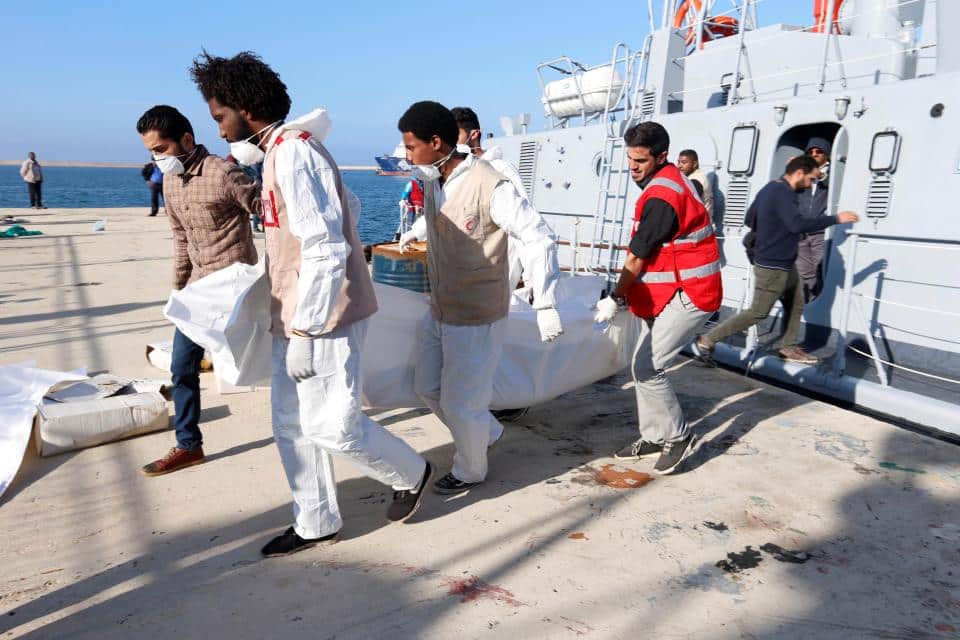 According to reports, around 200 people were rescued from the scene. Libyan patrol boat commander Nasser al-Ghammoudi recounted the awry crossing, saying:

“When we arrived in the area, off the town of Garabulli, [one] dinghy was semi-submerged and still had 44 people clinging on to it, whom we saved. There were lots of bodies all around and we saw there were four or five sharks swimming among them, large blue sharks, a very aggressive species. When we brought the bodies on board we noticed that some of them had been bitten, so it’s possible that among the missing some may have been eaten.”

Two more rescue operations were conducted off the coast, 40 miles east of Tripoli. The search continued for five more hours, but rescuers only found one more person.

Thousands of African migrants have dared to swim the Mediterranean to reach Europe, but many of them end up dying in Libya. 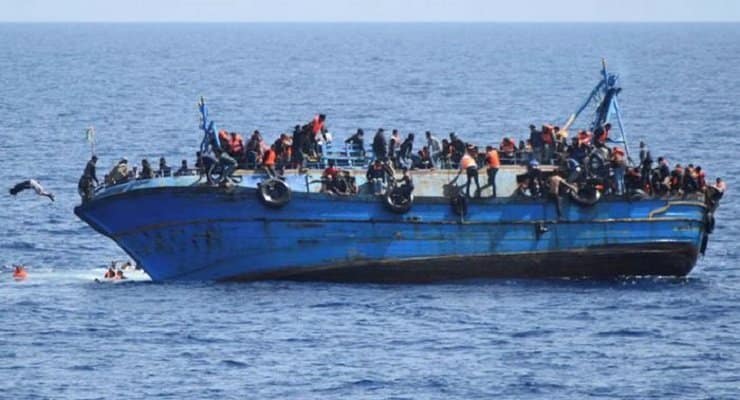 Italian experts, though, are being skeptical of the claims of the Libyan navy, saying there are no known attacks by a school of sharks. Radio journalist Sergio Scandura is more doubtful and believes that their shark attack claim was only to cover up the deaths of migrants “provoked by their own violent interventions.”

Multiple deaths of migrants are being recorded in Libya. Almost 2,000 people have already been rescued from the Mediterranean just over the course of last week. The International Organization for Migration said 161,000 people dared to cross the sea to reach Europe but 3,000 of them were recorded dead in trying to do so.

Reports about abuse causing the death of migrants have emerged in the past month where Libyan human traffickers are said to be the suspects. 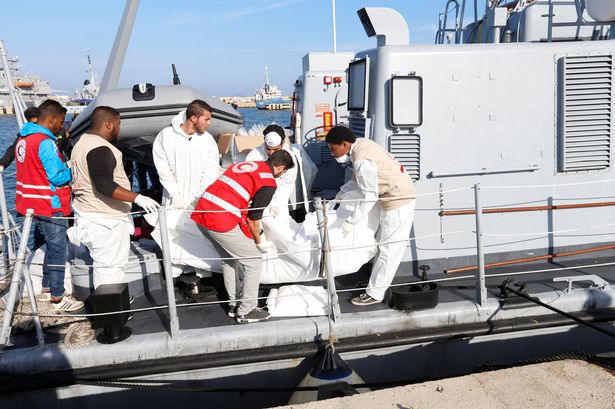 Looking at statistics, there has been a drastic drop in numbers of migrants coming to Europe via the Mediterranean. The UN concluded that the past three months only saw 21,666 migrants arriving in Italian airports, which is the lowest number registered in four years.

This is believed to be caused by human traffickers who detain migrants in Libya. Last November, the activities of human traffickers in the country were exposed to the world where Nigerian migrants are being sold at auctions and later experience abuses like mutilation, harvesting their organs and some are even roasted live. 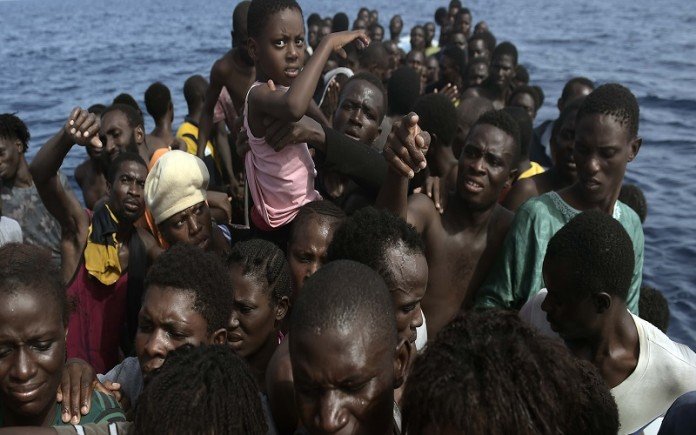 Just recently, another rescue operation was carried out off the coast of Libya. Four hundred people were rescued but an Eritrean woman died in childbirth after being left without medical care for three days. Survivors revealed:

“The traffickers told us: ‘Throw her into the sea and go and die yourselves in the Mediterranean.’ We didn’t do it. She was our sister. We hope they will give her a decent burial.”