Imagine moving in a fully-furnished house. It’s your first day in this new city and you’re optimistic that you’ll have a good life here. You lie down on your hand-me-down bed and immediately think that it’s cozy and comfortable and that it’ll likely give you a goodnight’s sleep. Out of sheer curiosity, you peek under the bed and you get the shock of your life when you find $20,000,000 hidden under the mattress.

Okay, this is the kind of stuff that we see in the movies and, sorry, but that’s not really what happened. We just asked you to imagine, right? But there really is a mattress that has $20,000,000 hidden under it.

Investigators found bundles of cash amounting to about $20 million stashed in a bed frame in an apartment in Westborough, Massachusetts. Officers raided the said apartment in connection with an investigation of an alleged $3 billion pyramiding scheme.

The money was kept hidden under a mattress so it will not be detected. 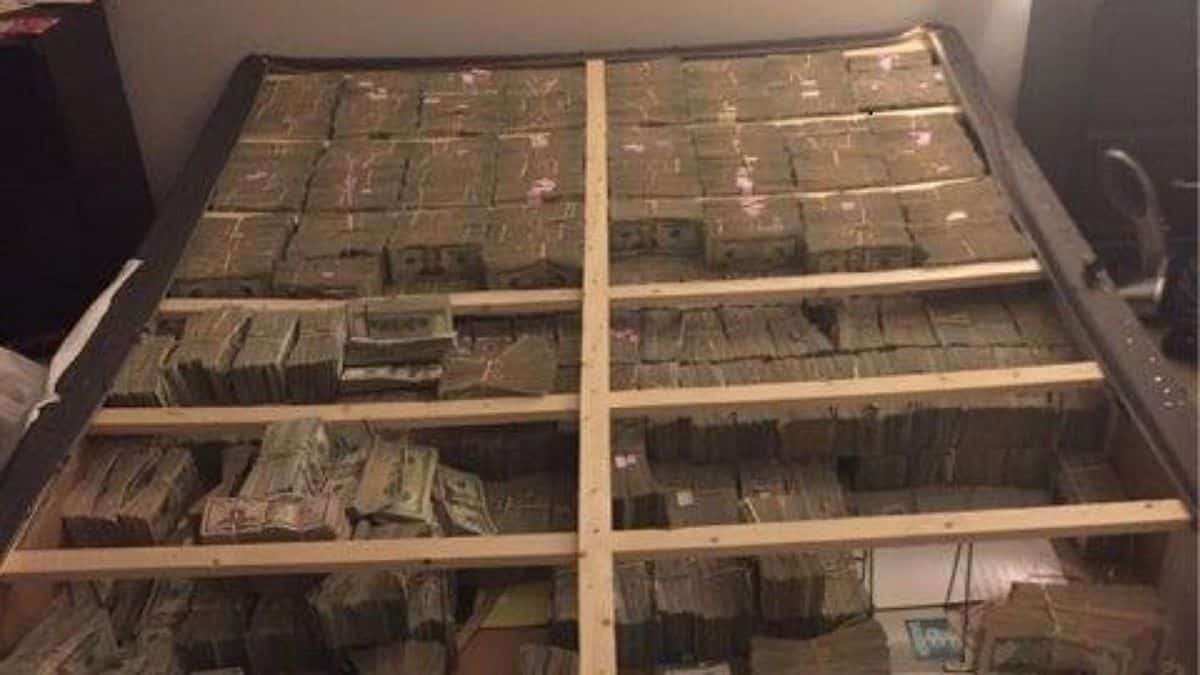 Police arrested Cleber Rene Rizerio Rocha, a 28-year-old Brazilian man, who allegedly acts as a courier for a money-laundering conspiracy that is believed to have operated under the guise of an internet phone firm called TelexFree. Reports reveal that a few days ago, Rocha flew to the US from Brazil to meet a witness against the pyramid scheme at a restaurant in Hudson, Massachusetts. The witness then gave Rocha money amounting to about $2.2 million. Police then tracked Rocha to the Westborough apartment where they arrested him. However, it is unknown if the money that Rocha received from the witness is included in the $20 million stash.

Rocha can be jailed for up to 20 years for the money laundering charges. James Merril, one of the founders of the said company, had already pleaded guilty to fraud charges filed against him. However, Carlos Wanzeler, also one of TelexFree founders, had already escaped to Brazil.