There are all sorts of homes you can find all over the world. Some homes adapt to nature, some destroy it. Some homes are innovative and others are so unique that people would think twice about living there.

Below are some homes that are so different that many of us would wonder just what the builders were thinking!

This house is made of 1,000 ice blocks and include appliances and furniture encased in ice! No one actually lives here, since it’s part of a promotion for a German bank in Berlin back in 2005. 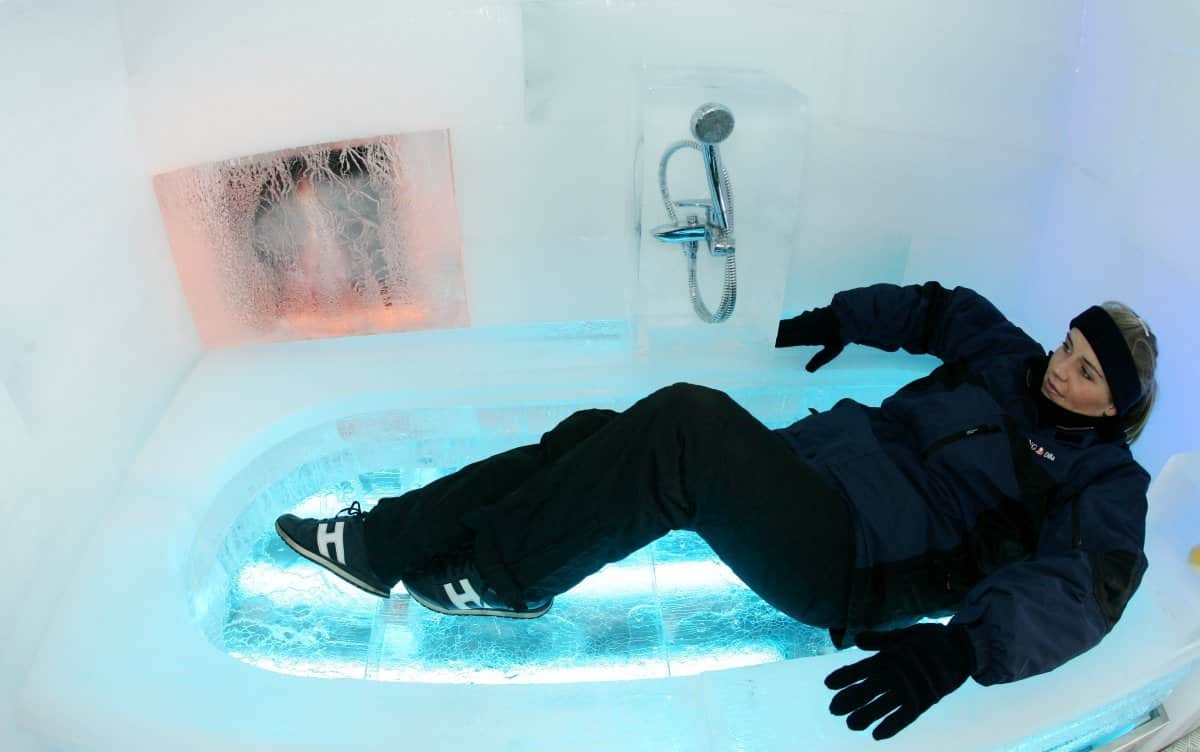 This is the “Rock,” home to 15 fundamentalist Mormon families. It was created 35 years ago, and it’s attached to a sandstone formation near Canyonlands National Park, Utah. 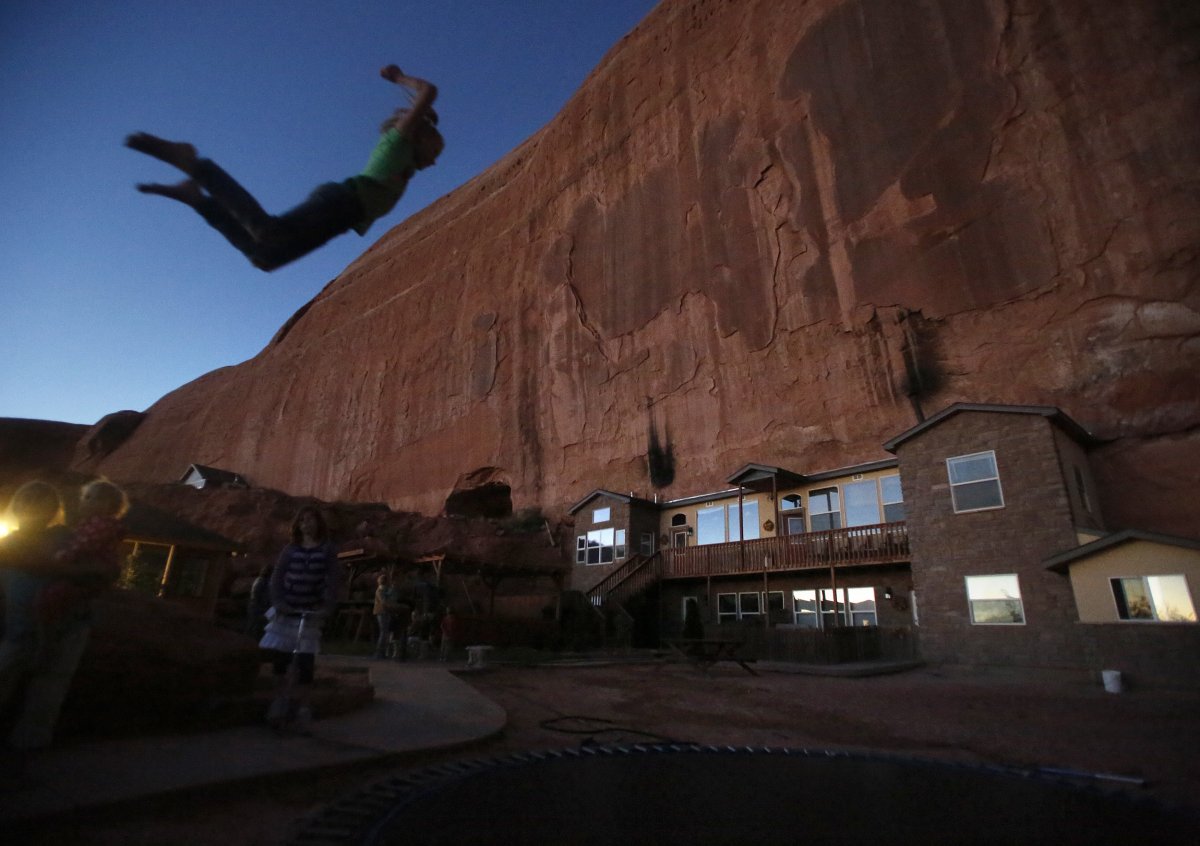 This upside-down house in Krasnoyarsk, Siberia is actually a tourist spot. It even has upside-down rooms inside! 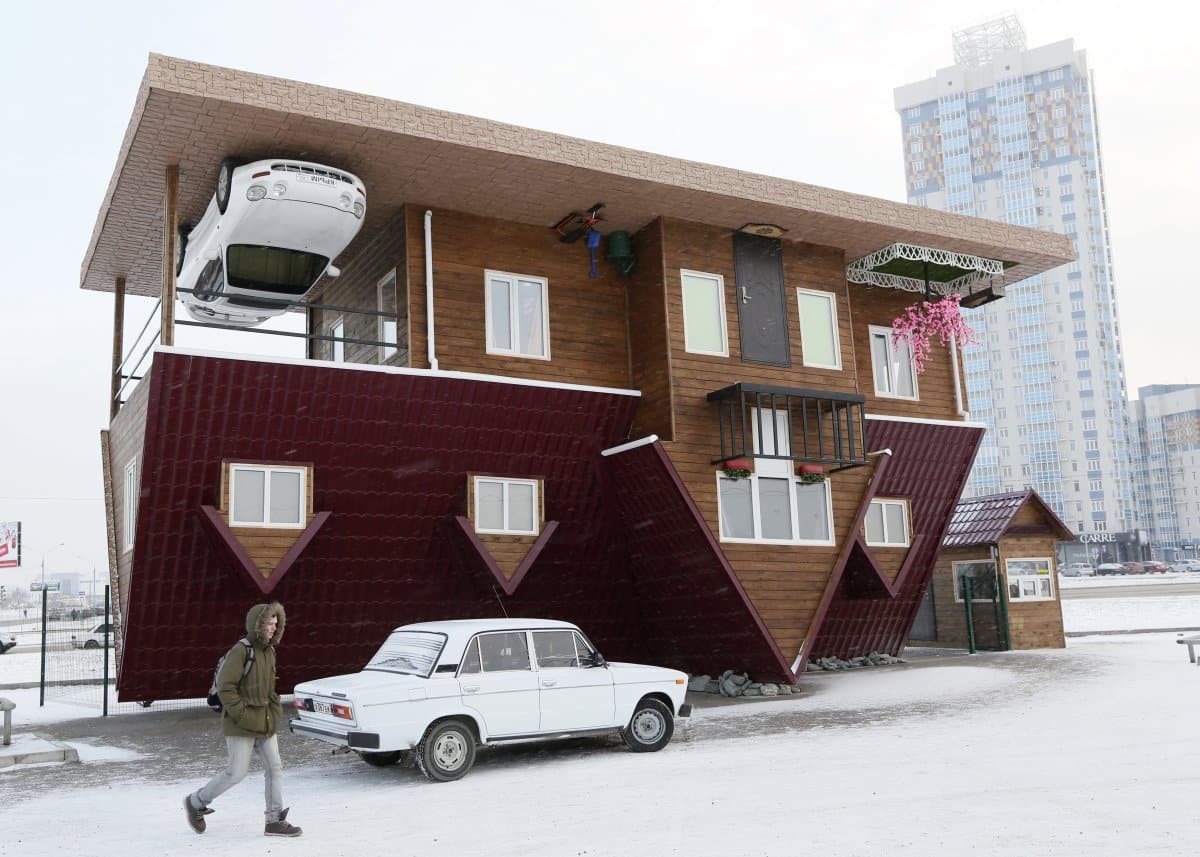 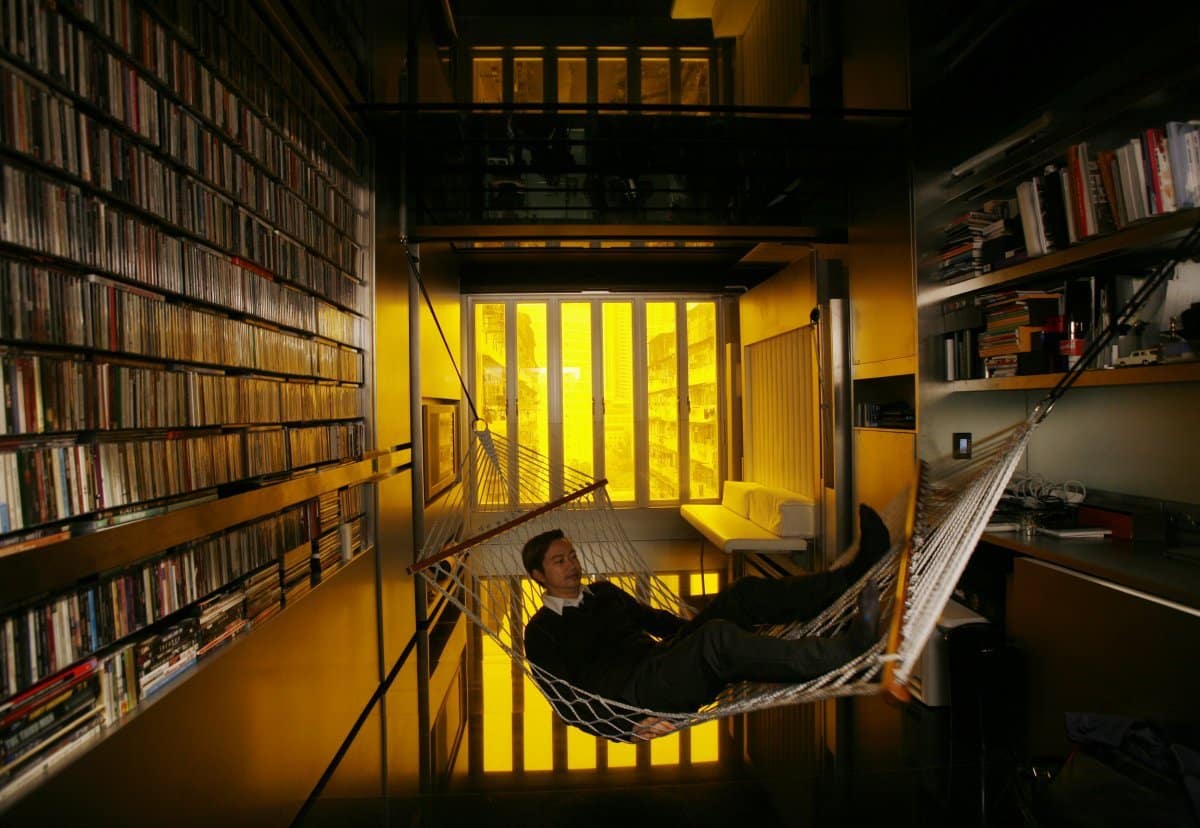 It’s an eco-friendly home that makes the most out of its space through moving walls to transform each area.

This home wedged between two buildings in Warsaw is an art installation made by Israeli writer Edgar Keret. 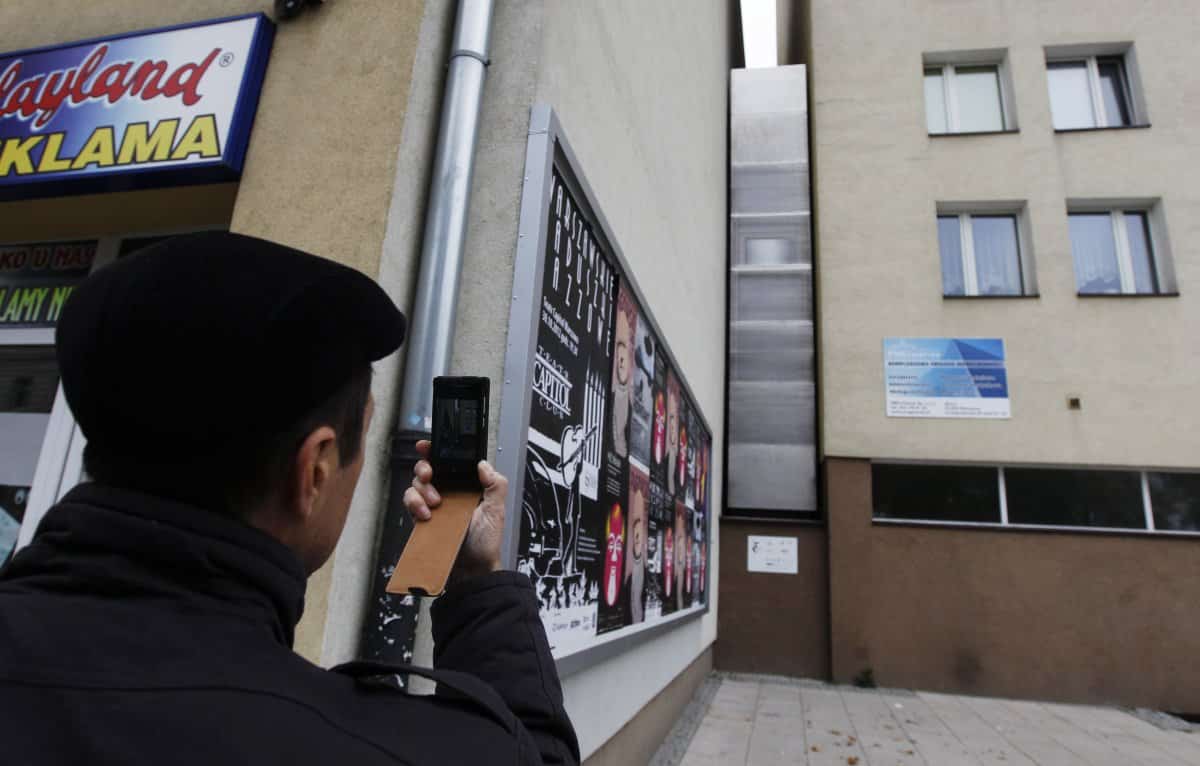 He was inspired to create this 36-inch wide house as a memorial to his parents who died in the Holocaust.

There’s a crocodile in the home of Thierry Atta in the Ivory Coast. 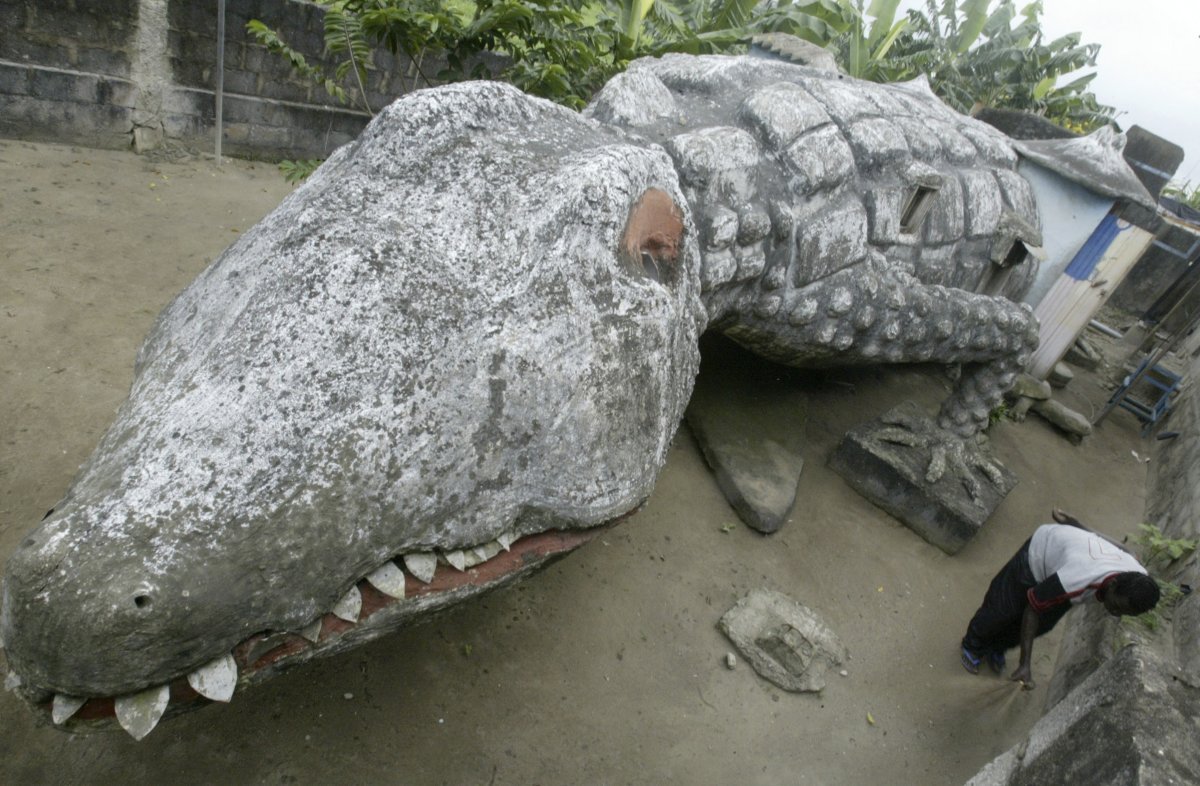 It was created by artist Moussa Kalo.

This 131-foot sun-dried rock is home to Benito Hernandez of Coahuila, Mexico. 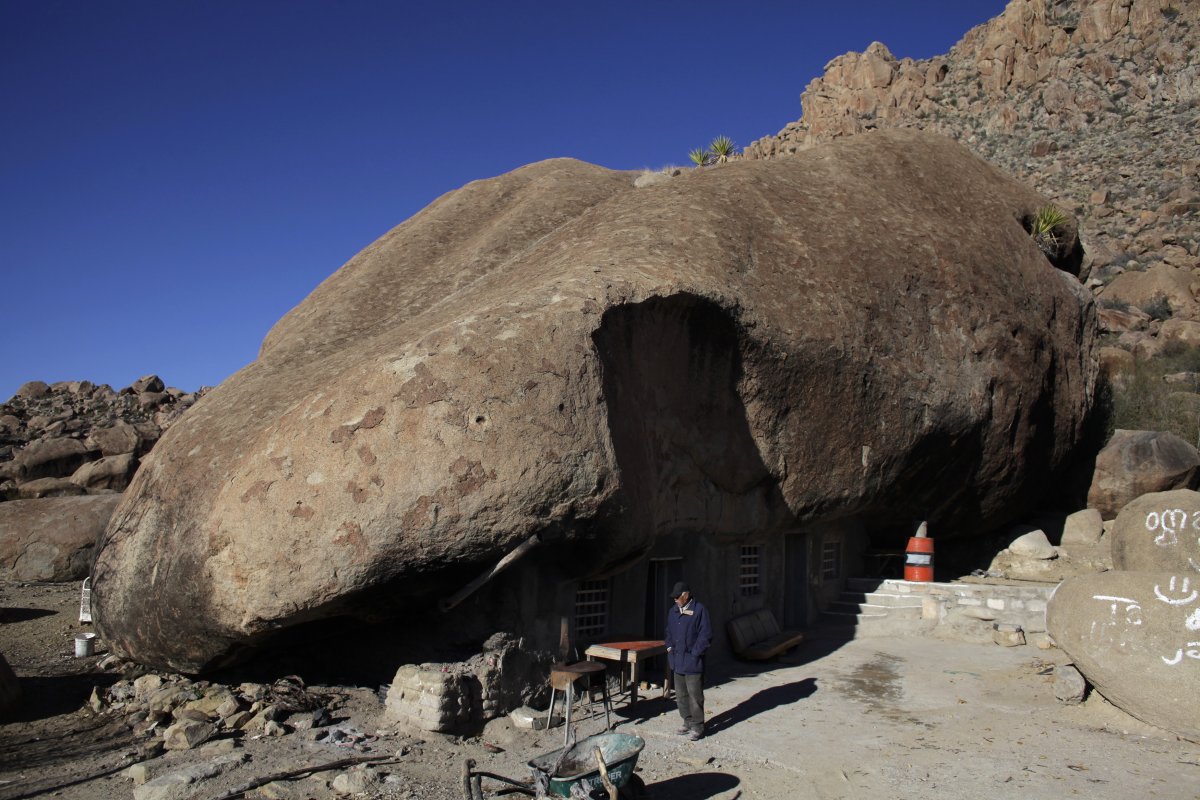 His family has lived there for over 30 years!

It’s a sky-high home on a budget! These houses were built on top of a factory building in Dongguan, China. 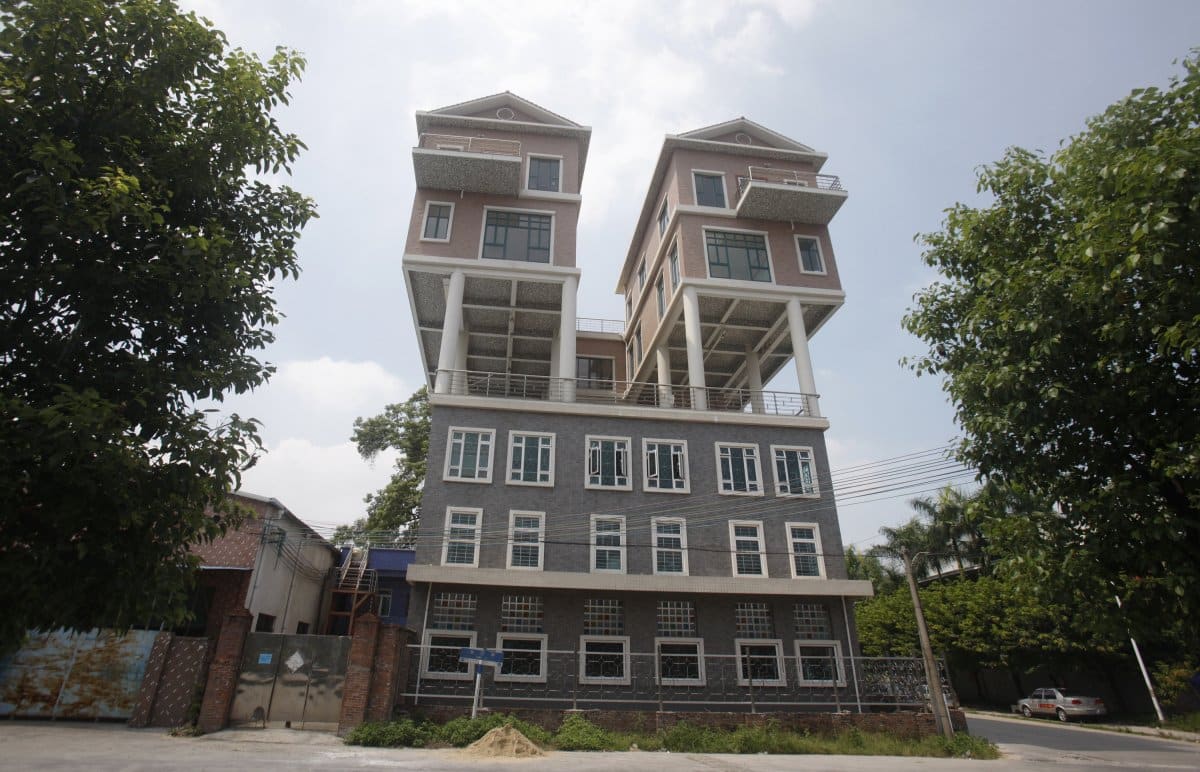 The houses were completed two years ago, but since they’re not in line with the original design, its construction has been deemed illegal. 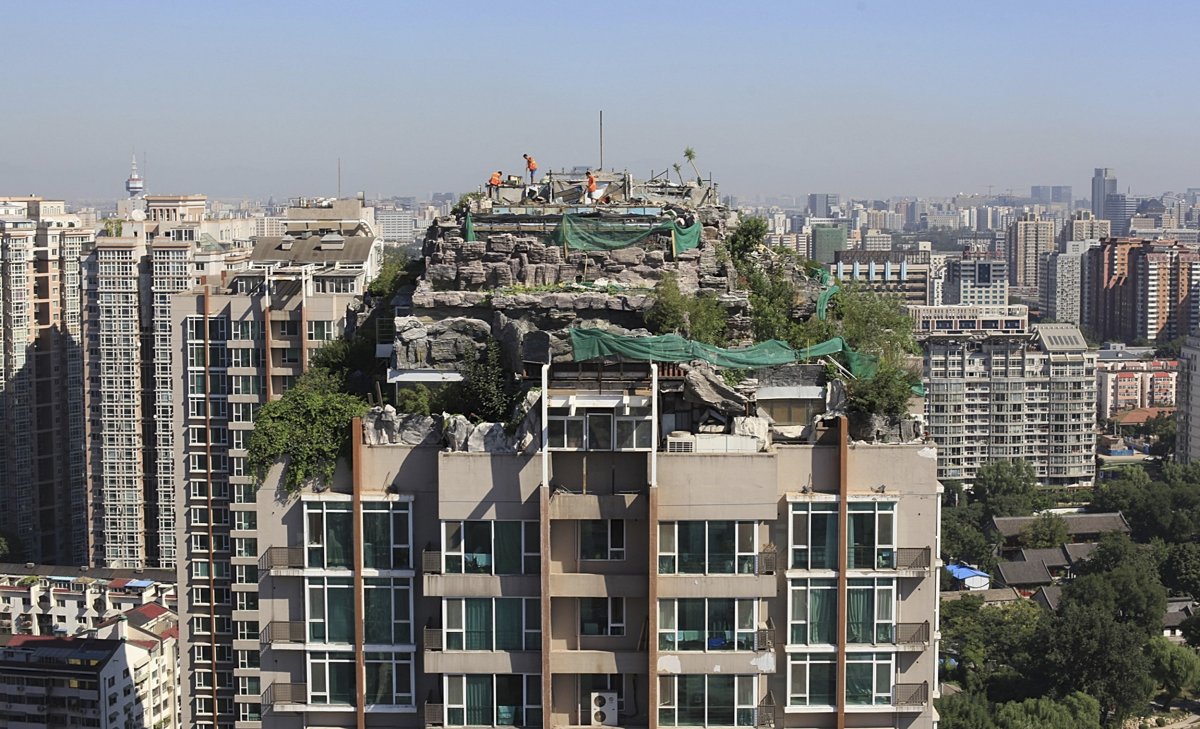 But because it was build illegally, it was demolished within 15 days.

These are old wine vats that serve as homes to ethnic Turks from Bulgaria who come to Sucuellamos, Spain to pick grapes for the annual harvest. 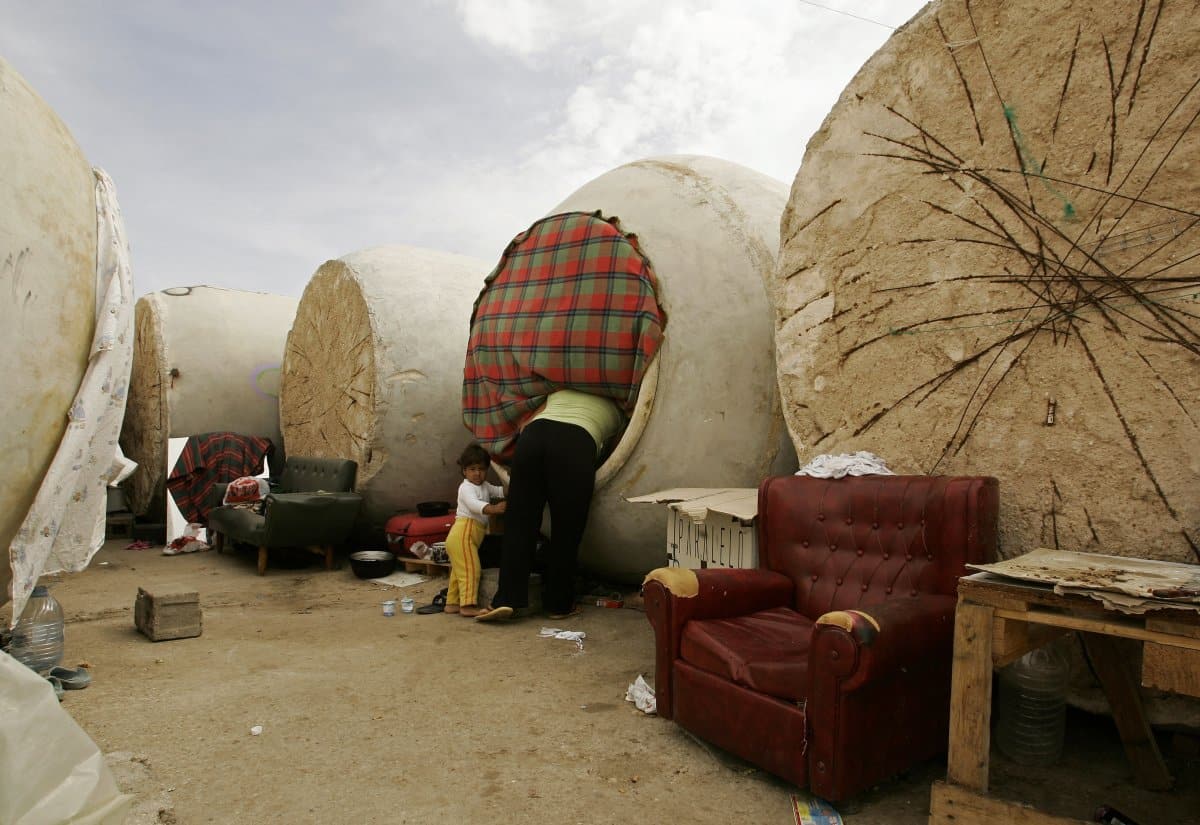 Atop a tree is this round treehouse in Le Pian Medoc in southwestern France. 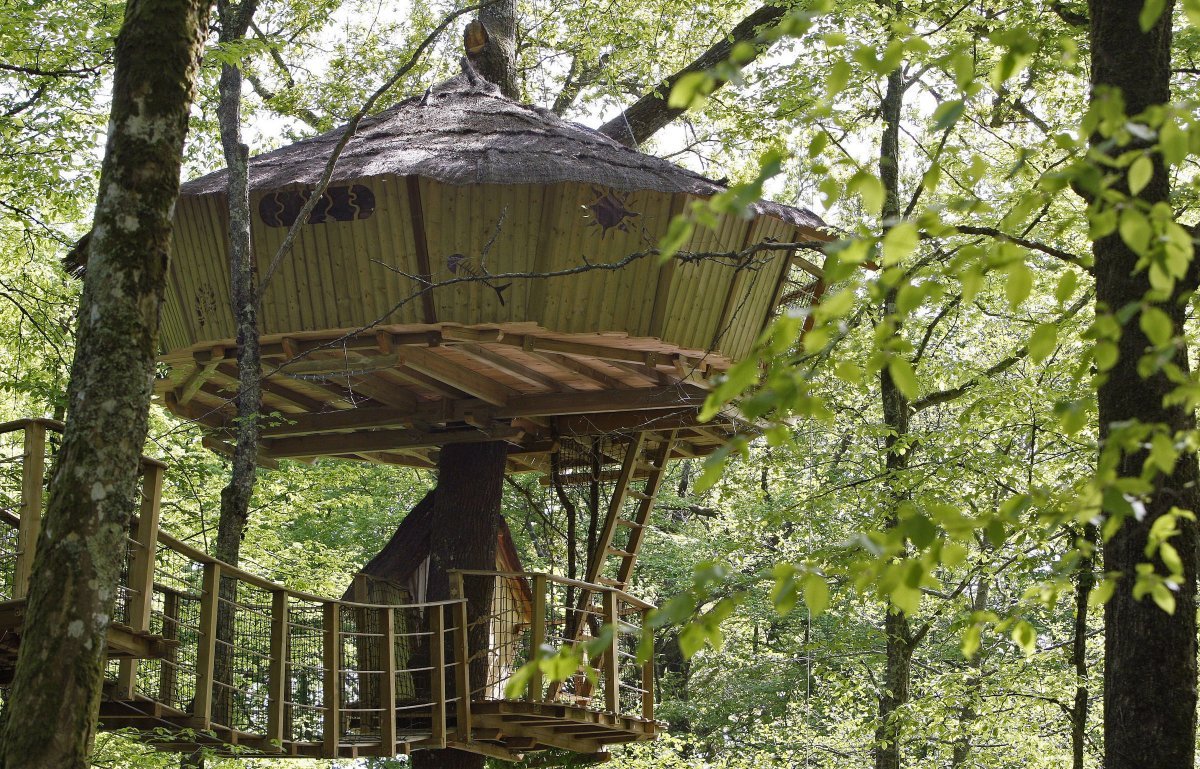 This house is built on a rock on the Drina river, western Serbia. 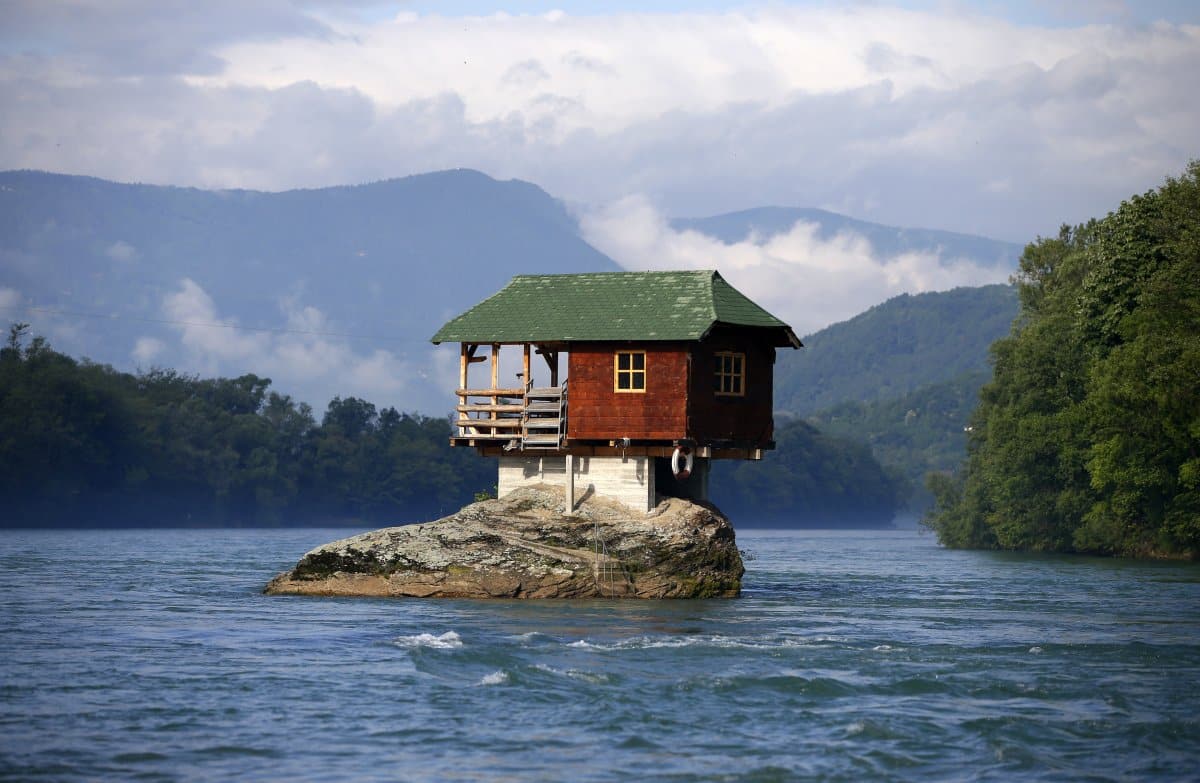 It was build by a group of young men in 1968, as they decided that the rock on the river would make a great place for a little home.

Liu Lingchao of Liuzhou, China decided to make a mobile home out of bamboo, plastic bags, and bed sheets. 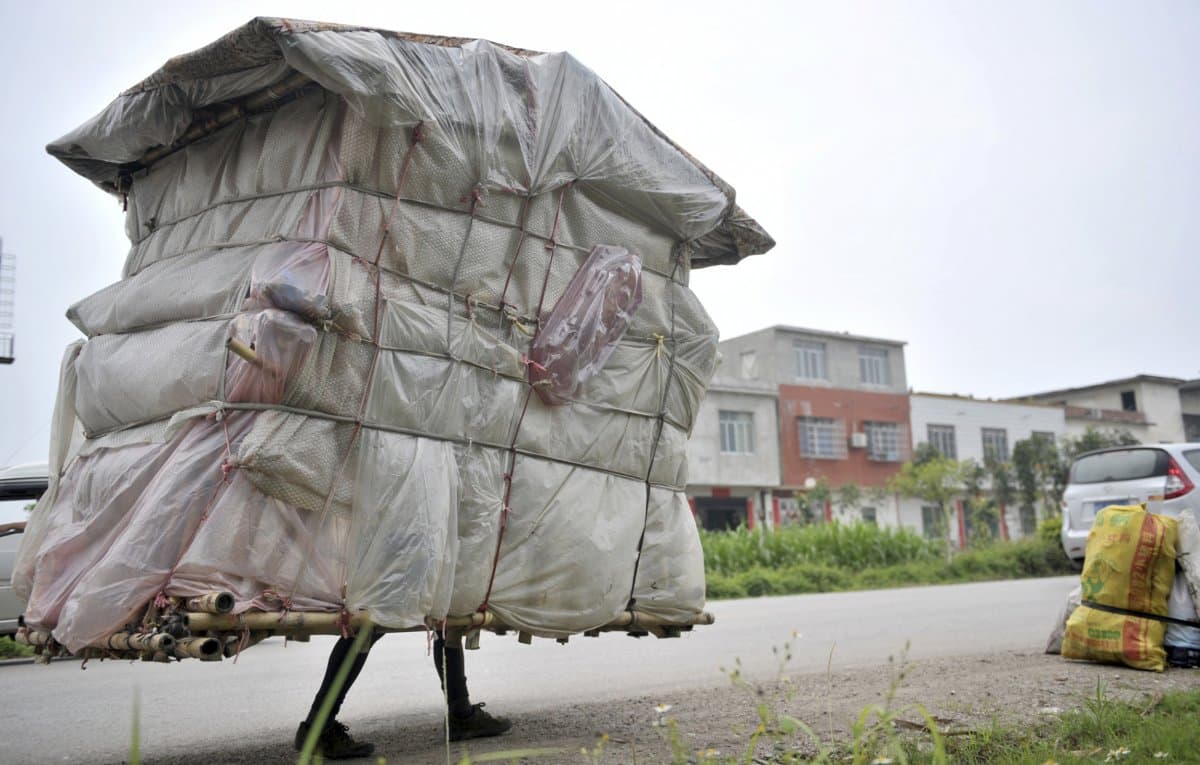 This 5 by 6 1/2-foot home weighs 132lb, and it’s carried everywhere by its sole inhabitant.

This 3D sundial called the Heliodome is a biol-climatic solar house found in Strasbourh, Eastern France. 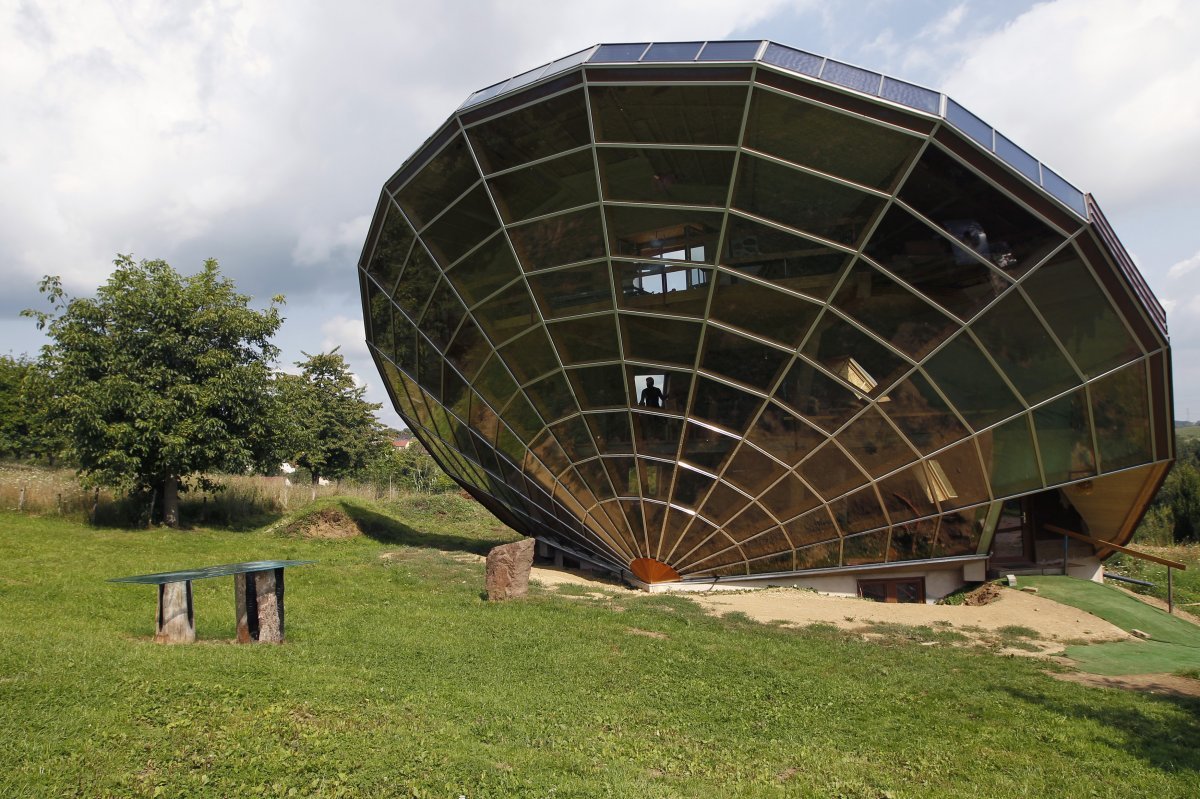 Its unique architecture provides shade during the summer months, and the large windows let the warmth in during the Fall, Winter, and Spring months.

This airplane home in Abuja, Nigeria was created by Said Jammal for his wife, who loves to travel. 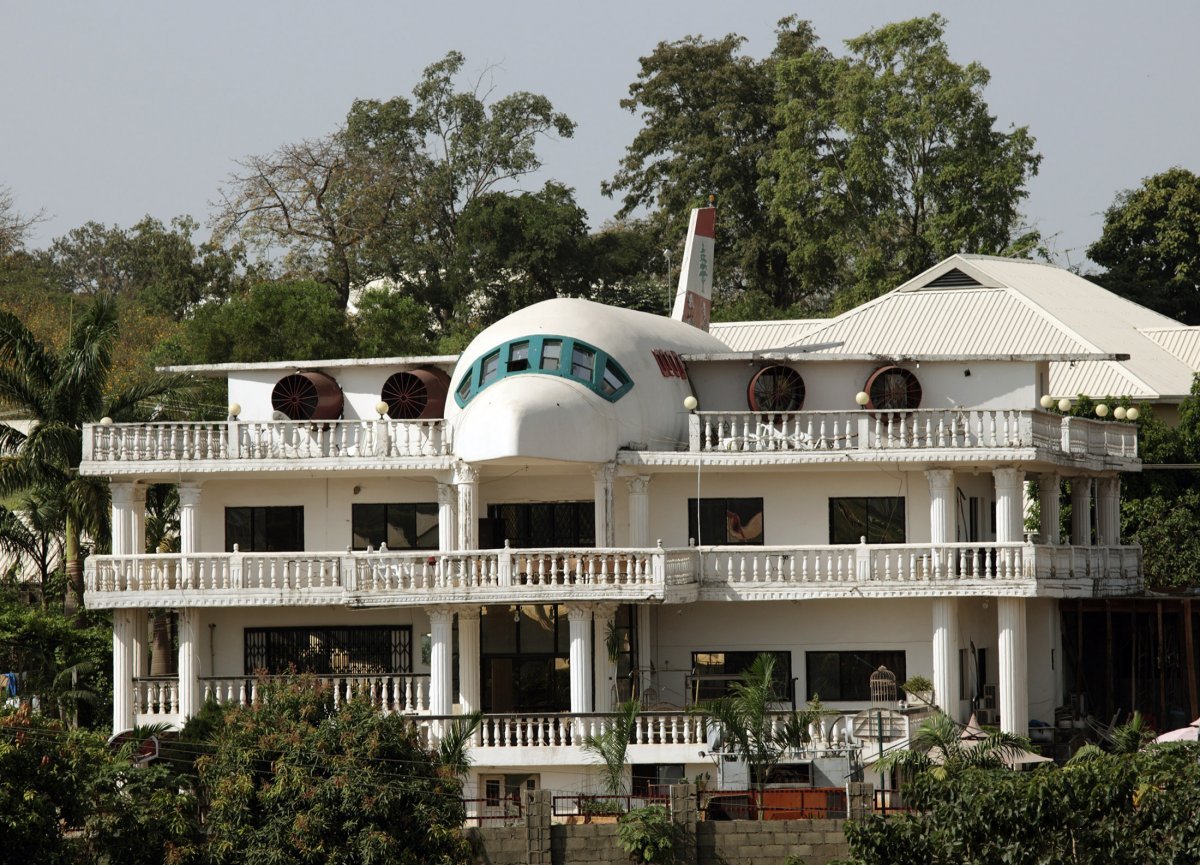 US company Domes for the World created this village in Yogyakarta, Indonesia. 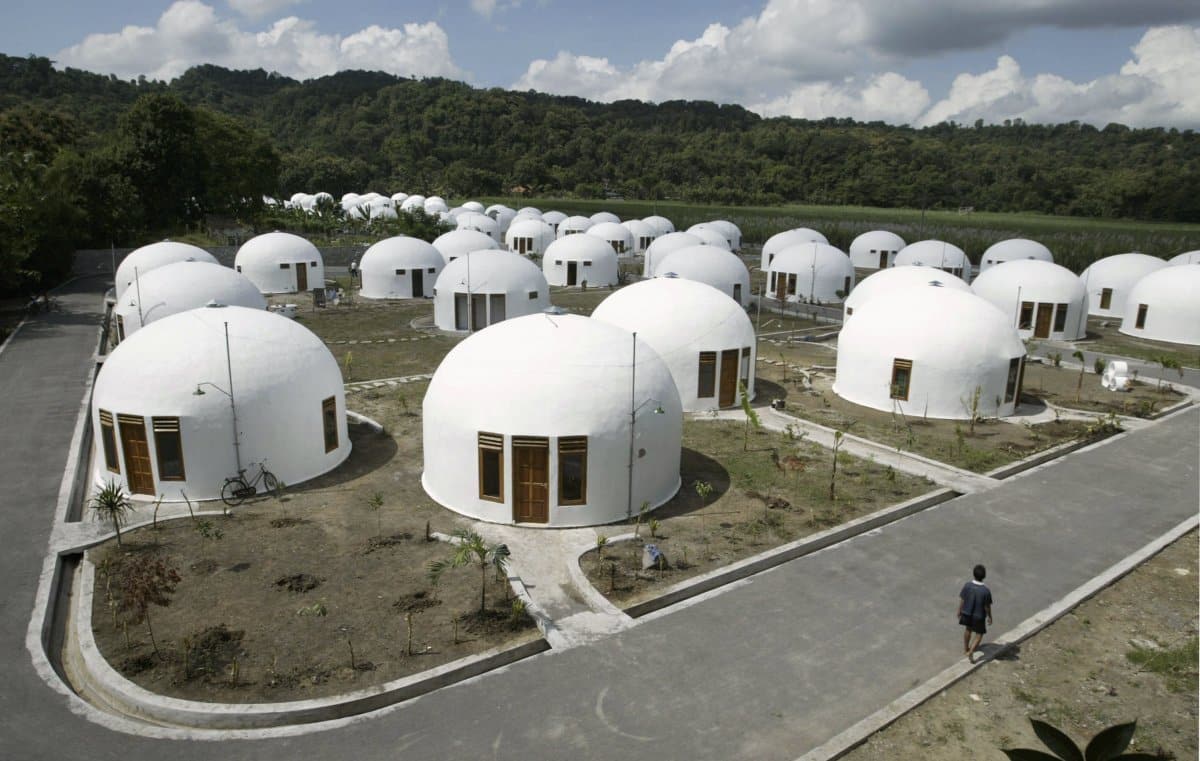 These 70 domes serve as homes for the villagers who lost their houses to an earthquake in 2015.