Game of Thrones is about to end and people are already wondering how the series will conclude. Not surprisingly, there are hundreds of theories about the final season, most of which are somehow ridiculous. But could there be a theory that is actually right about Season 8?

Fan theories are nothing new when it comes to Game of Thrones. However, the seventh season did confirm that some A Song of Ice and Fire fans can be right. People have theorized that Jon Snow’s real parents are actually Ned Stark’s sister Lyanna and Daenerys Targaryen’s brother Rhaegar. The truth was revealed by Bran Stark in the episode “The Dragon and The Wolf.”

Here are more theories that could potentially come true in the final season.

1. Daenerys Targaryen was destined to take over after Cersei Lannister. 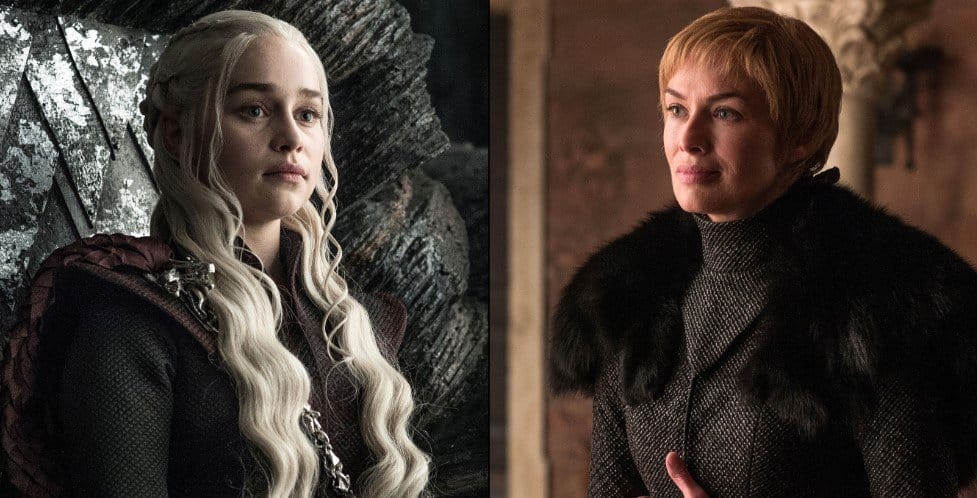 This is connected to Maggie the Frog’s prophecy about Cersei becoming Queen of Westeros. The prophecy dictates that Cersei will be replaced by someone “younger, more beautiful” who will take everything she cherishes. Cersei initially thought this would be Margaery Tyrell but it seems to be pointing to the Mother of Dragons. Unfortunately, it might not last very long for Dany. 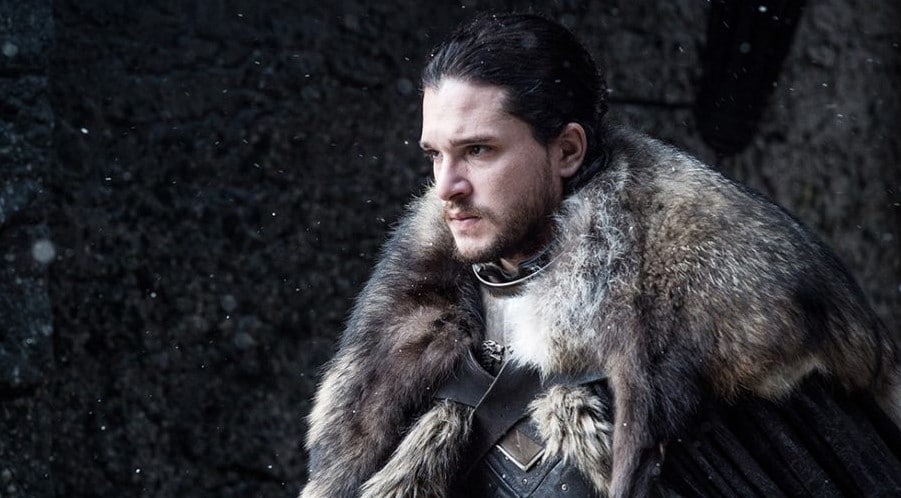 Ned Stark’s adopted son has gone a long way since the pilot episode. He started out being called a bastard before rising to power as the Lord Commander of the Night’s Watch then was declared the King in the North. Fans believe Jon will eventually take over the Iron Throne since he is the legitimate son of Rhaegar Targaryen. This means he has a stronger claim to the throne. Interestingly, there is another theory on how Jon will rule the Seven Kingdoms. 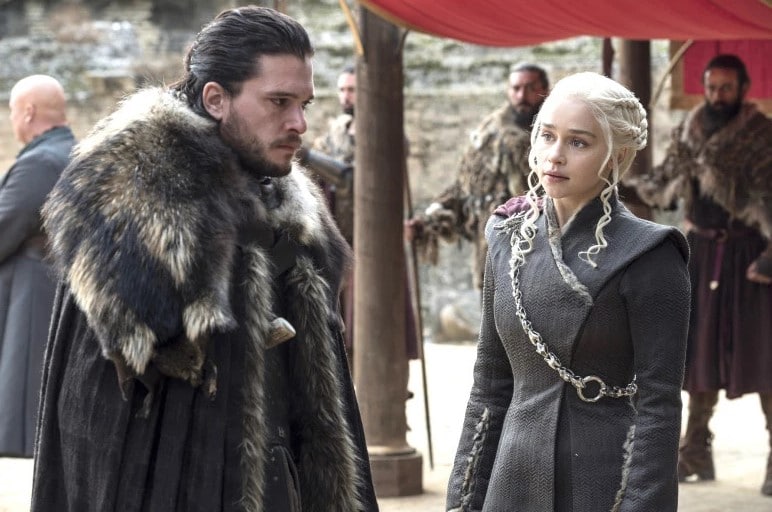 A popular Game of Thrones theory suggests that Khaleesi will need to sacrifice herself to save Westeros from the White Walkers. This is connected to Jon possibly being Azor Ahai and needing to forge a sword by plunging it into his beloved’s heart. Once Dany is dead, Jon will then take the Iron Throne from Cersei. But is there another Azor Ahai out there? 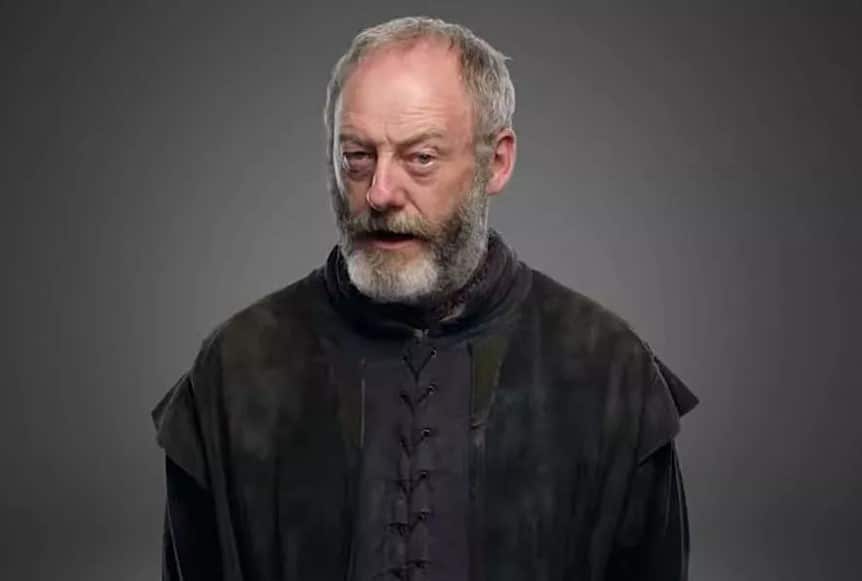 There are several Game of Thrones characters who might be the Prince that was Promised. However, Davos appears to have met all the Azor Ahai requirements. He had picked up Stannis Baratheon’s sword from the fire and was somehow reborn from salt and smoke after the Battle of the Blackwater. Davos was also the only one who prayed for Jon’s resurrection, thus wakening a dragon (Jon being a Targaryen) from a stone slab. Could this also mean that an unexpected character will be the King of Westeros?

5. Gendry will take the Iron Throne. 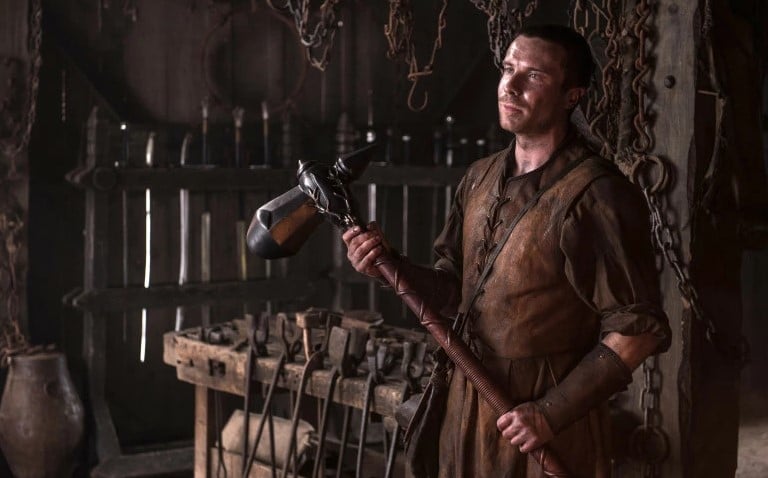 One theory suggests that Gendry is actually the legitimate son of Robert Baratheon and Cersei Lannister. After all, Cersei had famously told Catelyn Stark she had a son with Robert, “a little black-haired beauty” who was taken from her. Cersei believed the child was dead but some fans think he survived and grew up to become Gendry.

6. Sansa Stark will be the real Queen of the Seven Kingdoms. 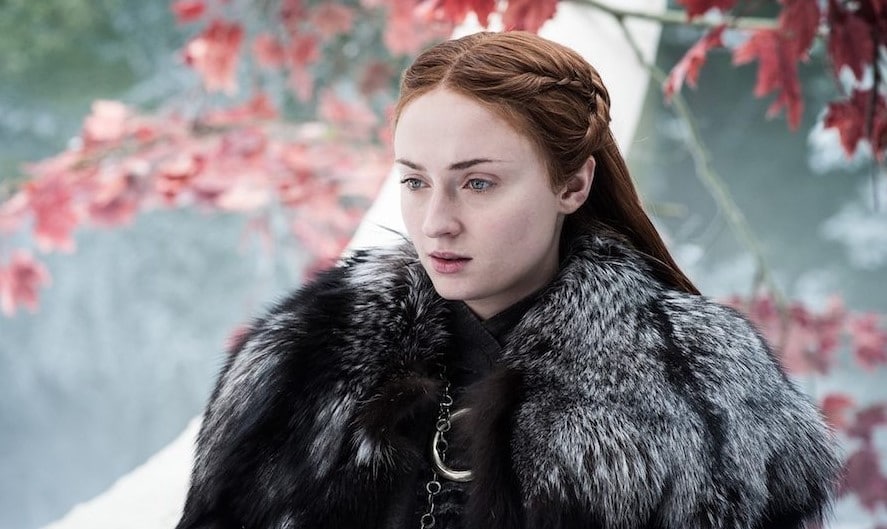 Fans have noticed the connection between Game of Thrones and Henry VIII of England. The theory suggests that Robert Baratheon was fashioned after the infamous king who died of a festering wound and was succeeded by his blond son Edward VI. The lengthy theory concludes that Cersei, who is viewed as Black Mary, will be replaced by a red-haired girl with a turbulent past like Elizabeth I. This could mean that the series will feature the deaths of two major characters.

7. Jon and Daenerys will both die. 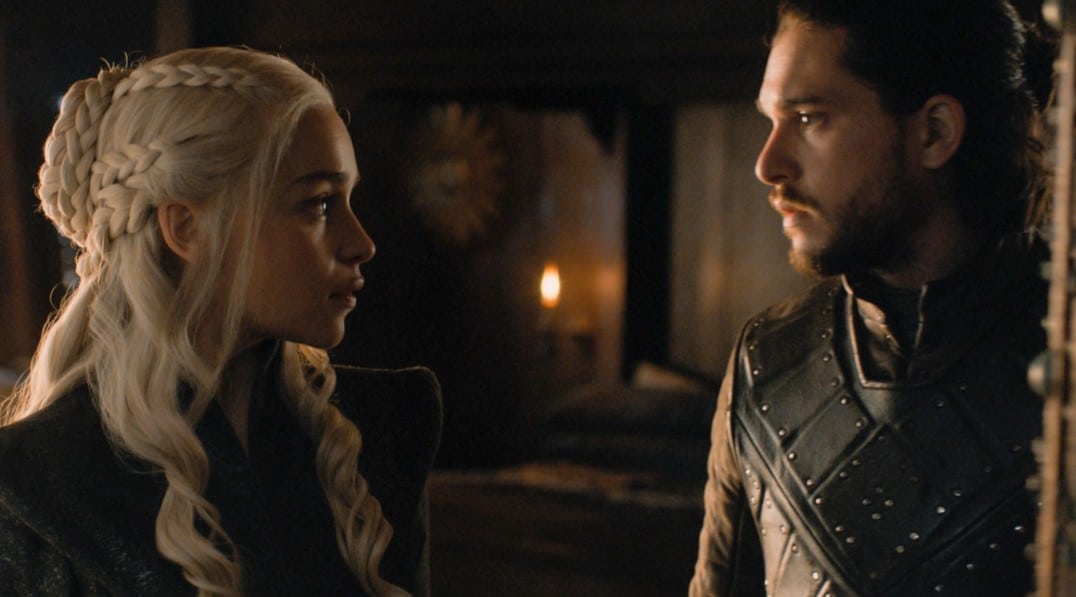 Sure, they are the most popular characters in the series but Jon and Dany don’t seem like particularly clever rulers. Jon already got himself killed and Khaleesi has provided the Night King with a dragon. Although the two might rule Westeros together for a while, they could both end up dead and allow Sansa to take the Iron Throne. Sansa might even have her own secret weapon. 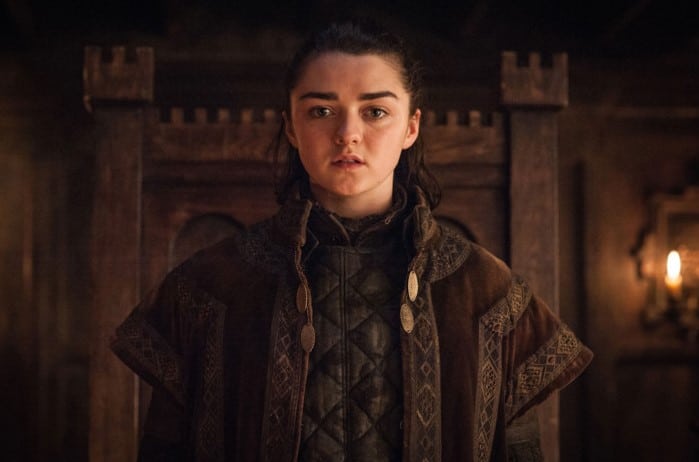 The sisters probably had an ulterior motive for killing Petyr Baelish. Arya could use her new skill as a Faceless Man to cause waves in King’s Landing. In addition to that, it could bring her closer to Cersei and the Mountain who are both on her kill list.

9. Tyrion Lannister could be revealed as a Targaryen. 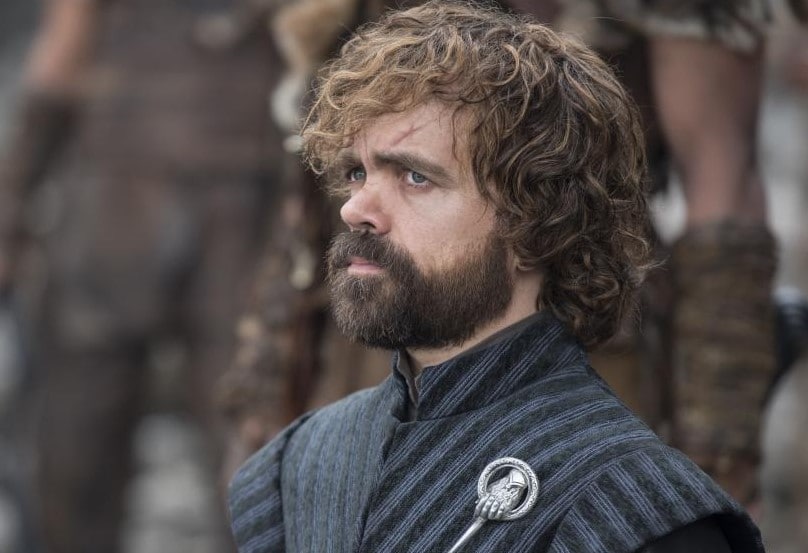 People have wondered if Tyrion might be Aerys Targaryen’s son because of Tywin Lannister’s displeasure with his own child. In addition to that, Game of Thrones had an infamous scene where Tyrion connected with Dany’s dragons. If Tyrion is a Targaryen, he could possibly take over the throne as well.

10. Cersei will be killed by Jaime Lannister. 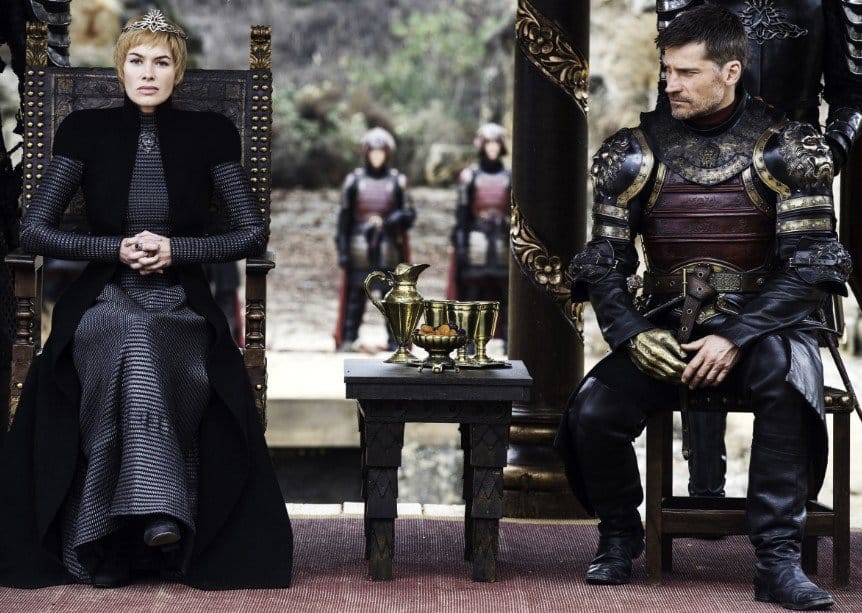 The whole “valonqar” theory has suggested that Tyrion will be his sister’s murderer. However, it is also possible that Jaime will become the Queenslayer in an effort to stop Cersei from succumbing to her madness. 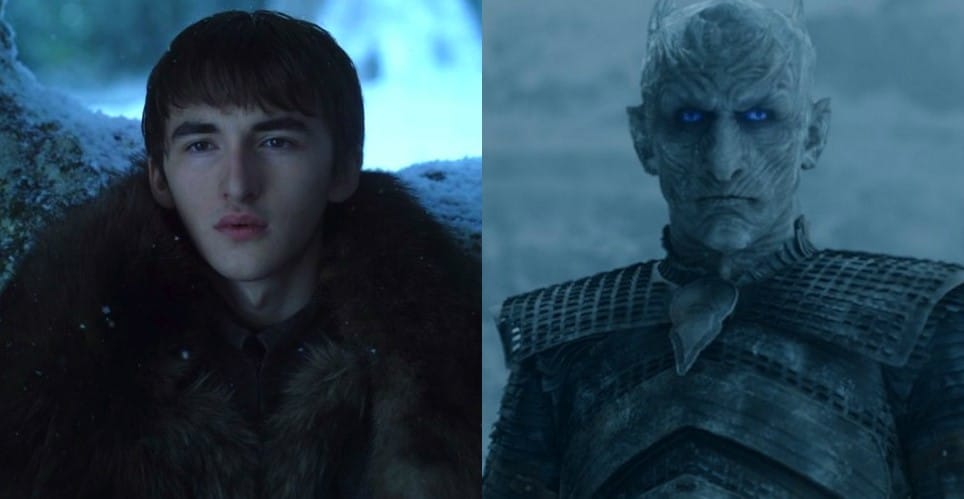 This popular theory is somehow ridiculous yet some fervently believe that the whole White Walker thing is Bran’s fault. Bran might also travel back in time to try and change the future.

12. Jon and Daenerys could have a child. 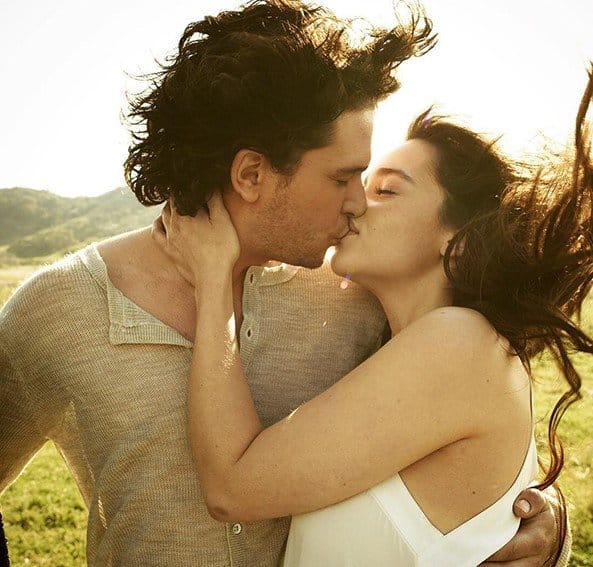 There had to be a reason why the two characters had a gratuitous love scene in the previous season finale. Dany could end up pregnant but will die soon after childbirth. Jon will then be forced to raise the child on his own until she comes of age and eventually ascends to the throne. 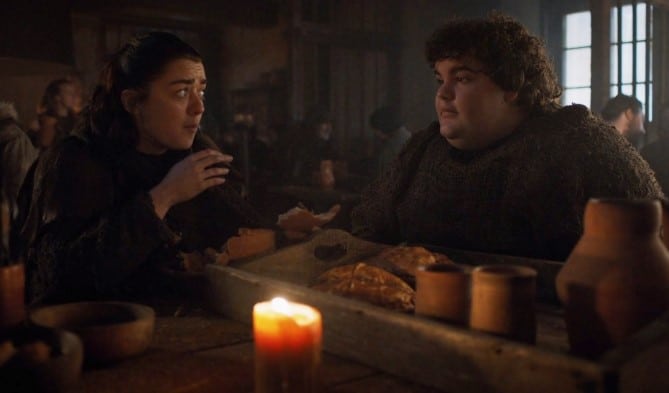 It is highly unlikely that Arya Stark’s old friend is the Prince that was Promised. Nevertheless, several fans believe this could be George R.R. Martin’s jaw-dropping plot twist.