A fruitcake is a delicacy that could be traced back to ancient Rome. It contains spices such as cinnamon or ginger, chopped dried fruit, and nuts. The cake could also be soaked in spirits so it is further preserved. Of course, this was absolutely necessary because there were no refrigerators back then.

Indeed, the cake could be stored for a long time. As such, it was a staple for people going on long journeys. Many pioneering explorers headed to isolated or unfamiliar territories always packed some fruitcake. It served as their emergency sustenance when there were no other options.

It’s the last place where you’d expect to find a random fruitcake. 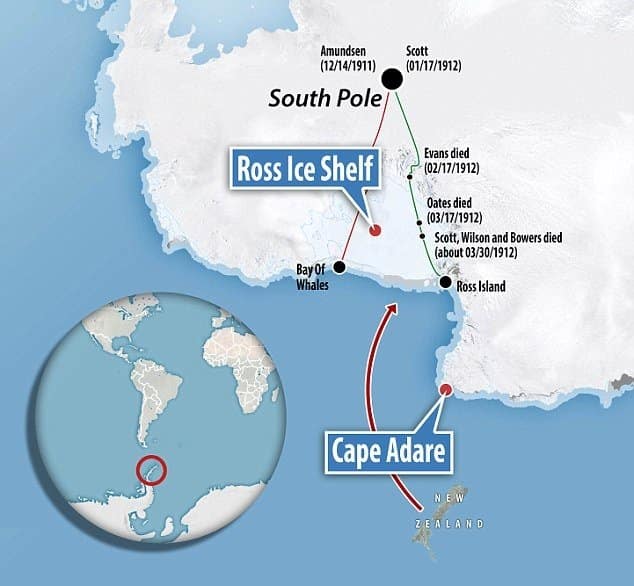 Those who traveled to Antarctica, for instance, carried fruitcakes with them. Conservators working for the Antarctic Heritage Trust have proof of this. Apparently, they found a well-preserved cake in an abandoned hut at Cape Adare.

The early explorers of Antarctica would often stop at Cape Adare. It was an important landing site and base camp for them.

Aside from the fruitcake, many other artifacts were found in the abandoned hut. 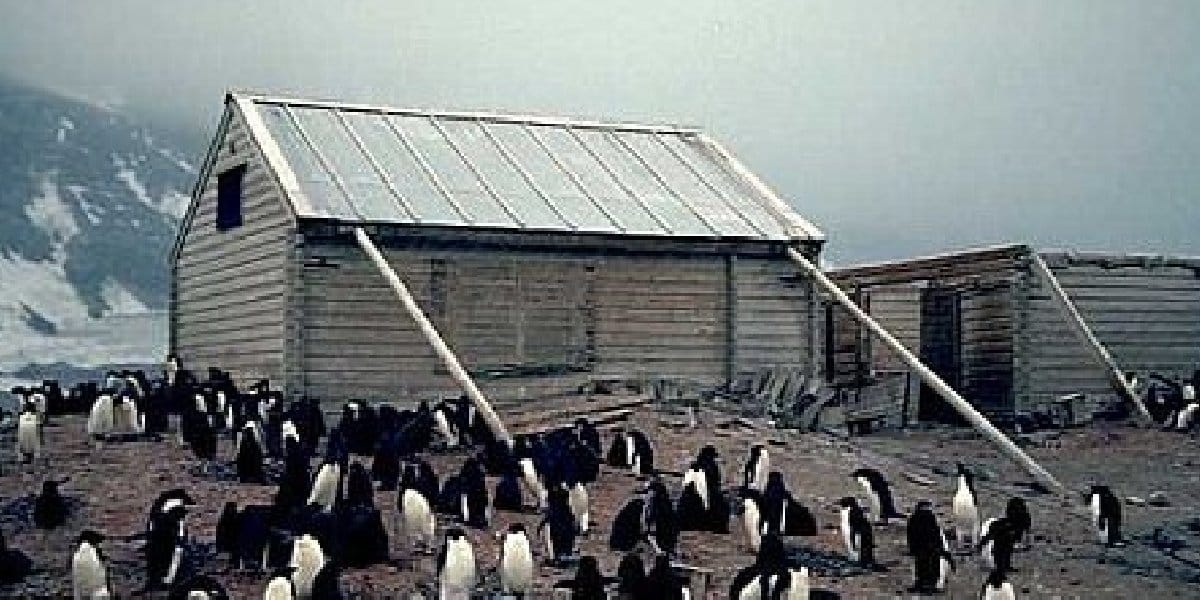 What makes the fruitcake even more interesting is its provenance. It seems to have been left behind by members of an ill-fated expedition led by Captain Robert Falcon Scott of the British Royal Navy. The expedition, which was launched in 1910, was Scott’s second Antarctic exploration. 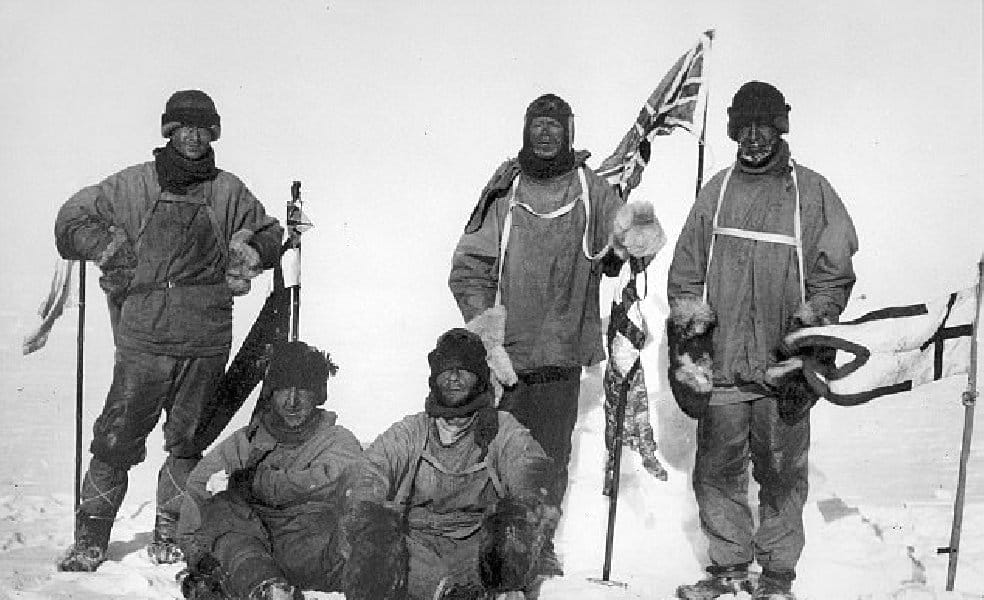 A report from the Antarctic Heritage Trust noted:

“The fruitcake was found still wrapped in paper and encased in the remains of a tin-plated iron alloy tin. It was manufactured by Huntley & Palmers.”

The report further pointed out that the cake “probably dates to the Cape Adare-based Northern Party of Scott’s Terra Nova Expedition, as it has been documented that Scott took this particular brand of cake with him at that time.”

Don't judge the fruitcake by its rusty tin container. 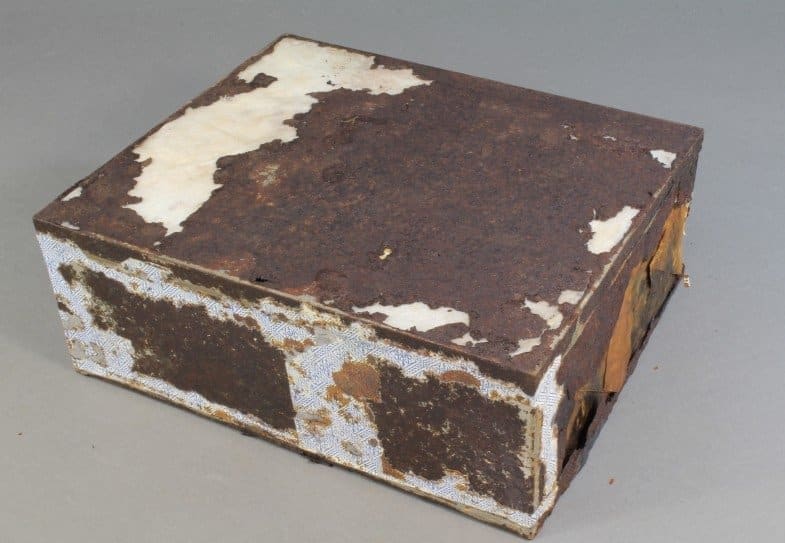 The objective of the Terra Nova Expedition was for Scott and his party to get the distinction of being the first to reach the South Pole. They finally reached the South Pole on January 17, 1912. However, the Norwegian team led by Roald Amundsen had gotten there 34 days earlier than they did. Ultimately, due to harsh conditions, Scott’s entire party died during their return journey. Their bodies were only recovered eight months after they perished.

It looks relatively OK for something that's over a century old. 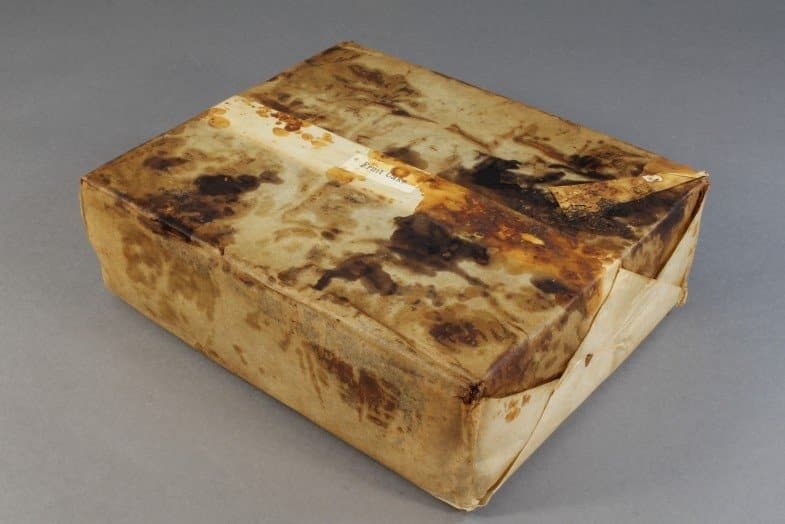 These days, many of us associate the fruitcake with the holidays. Decades ago, the fruitcake would have been the only thing that starving explorers could rely on. It goes without saying that the Antarctic Heritage Trust will further preserve the historic fruitcake. Perhaps, one day, we can all view it up close in an exhibit.