It goes without saying that parasites are nasty in nature. They feast on their hosts in more ways than you could ever imagine. The worst part is that while you’re too busy reading this article, you probably already have a few parasites living inside your body.

Believe it or not, despite their creepiness, parasites are actually an essential part of nature. Their grotesque way of existence keeps the balance on our ecosystem. In this list, we’ll go over a few types of them that would gross you out, but pique your interest at the same time. 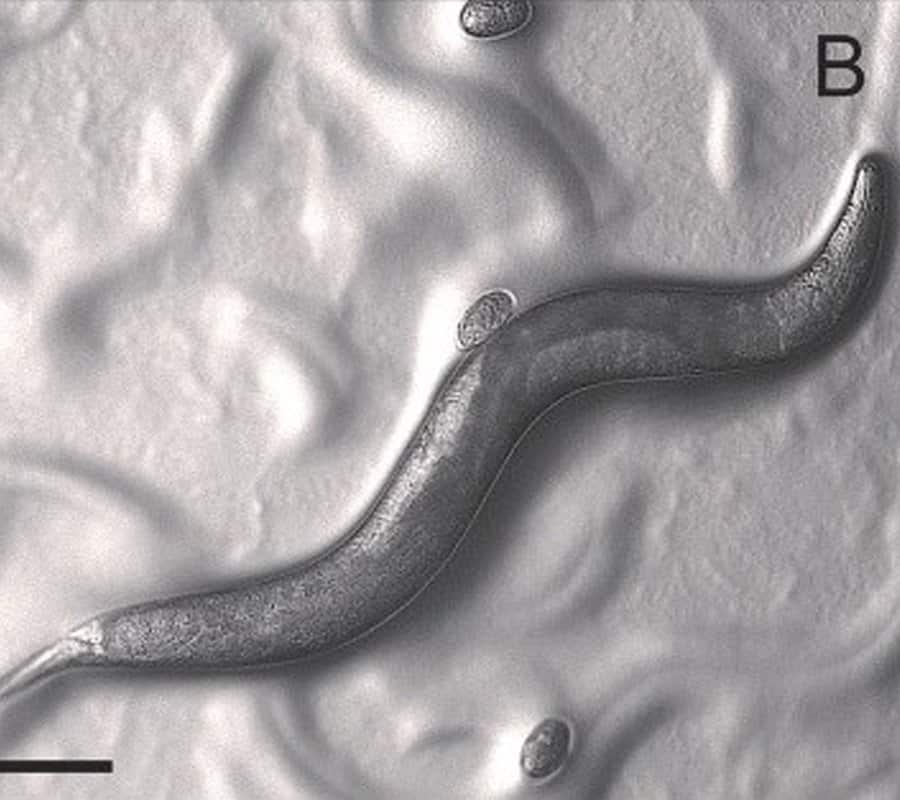 The nematode Pristionchus pacificus is almost parasitic in nature in all but the classification. These worms, like most parasites, live inside the body an unwitting dung beetle. They are also able to resist the immune system of their host, and they depend on its body for their food and reproduction. In order to get inside a dung beetle’s body, hundreds of these worms’ larvae glue themselves with one another to form a “worm tower” long enough to be able to latch on any beetle passing nearby.

What sets these worms apart from the other parasites is that they don’t consume their dung beetle host until its death and decomposition. 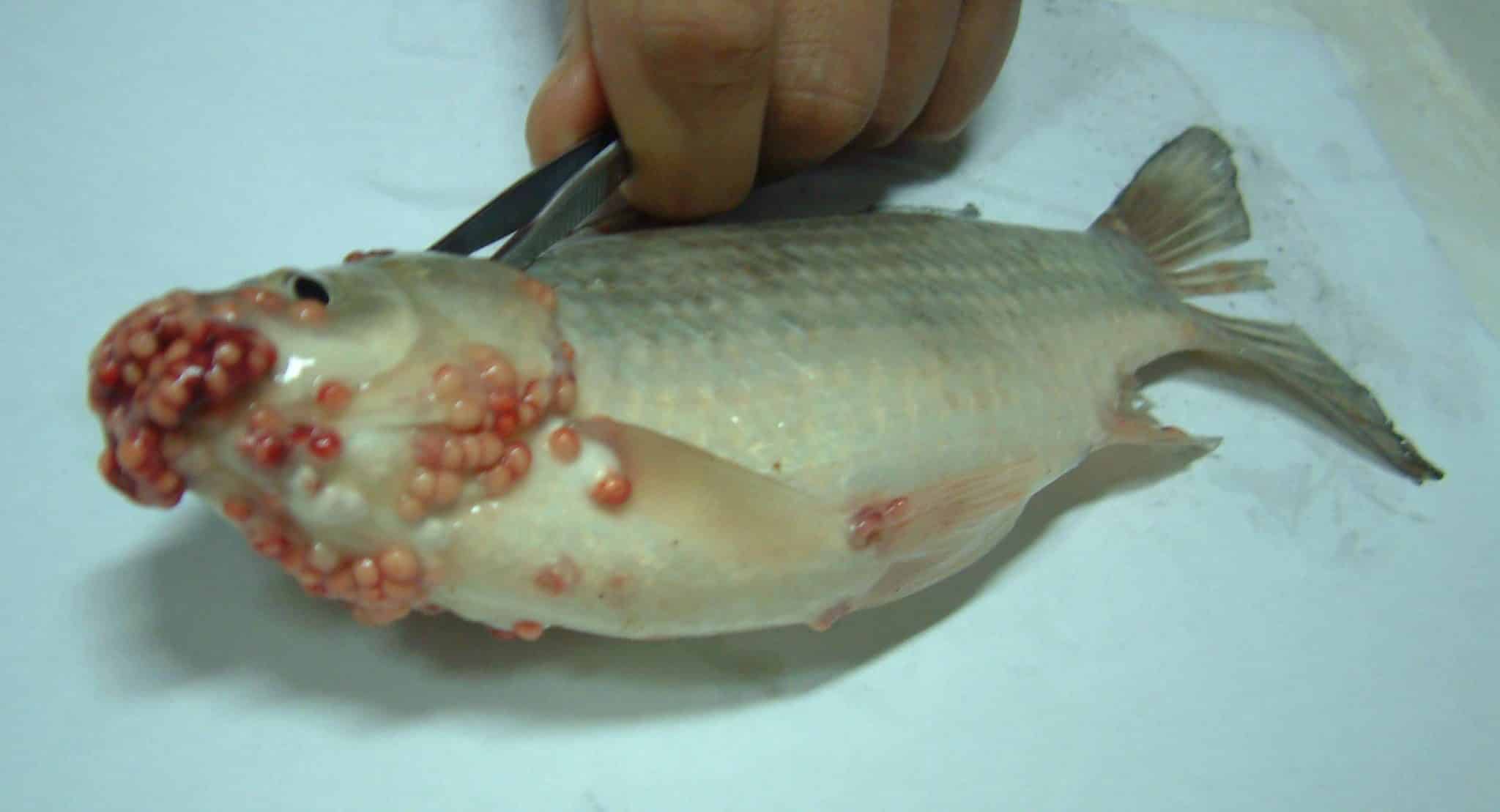 Source: Database of Parasites in Fish and Shellfish

Myxozoa is single-celled microorganisms that contain harmful infection that can spread to the tissues of a fish. These microorganisms target several organs inside its victims, particularly heart, brain, lungs, and others. Cases of infection mostly have a 90% mortality rate.

One of the most unusual traits of these microorganisms is their genetic sequencing that crosses the link between animal kingdom and corals and jellyfish. These single-celled microorganisms possess microscopic stingers that allow them to transfer amoebic stage of their parasites to their potential hosts. 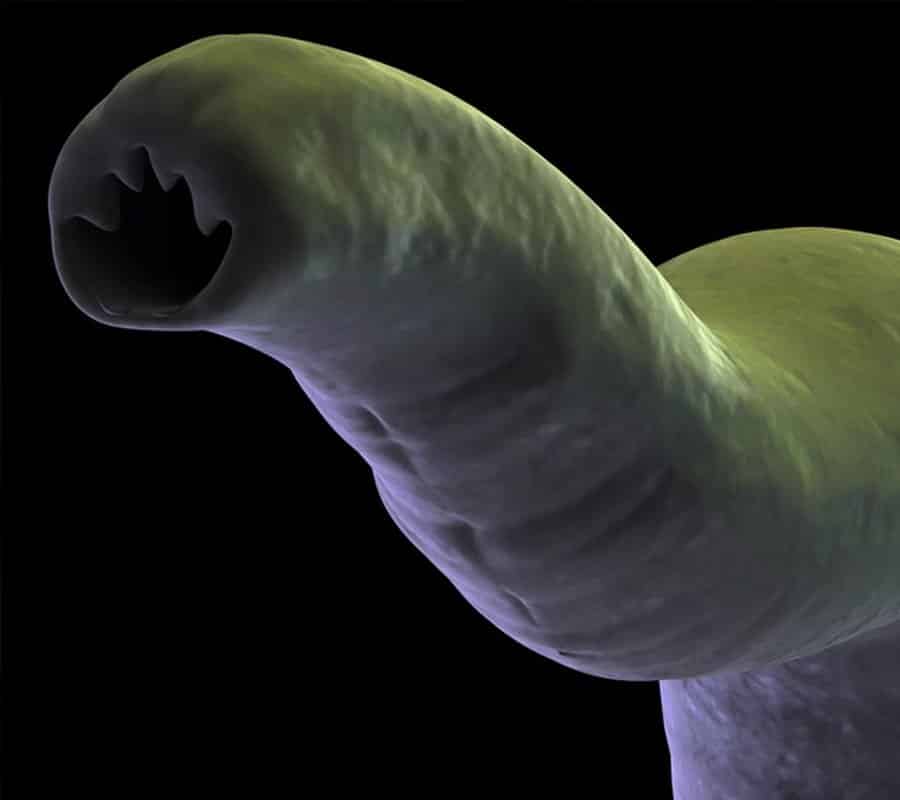 What makes the Enteroxenos different from your usual parasites is that they don’t have any correlation with the snail species. These parasites are a lot closer to the species of snail and it can be a bit more obvious on their appearance during their larval stage. 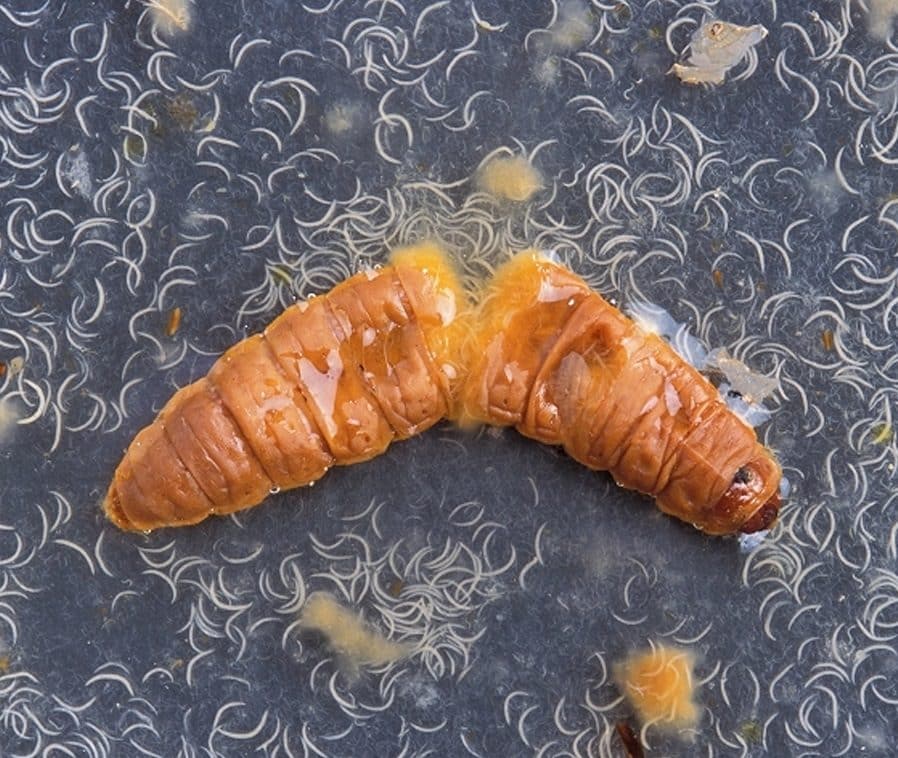 Similar to the dung beetle nematodes, Heterorhabditis Bacteriophora is also a type of nematode that showcases several qualities that resemble an actual parasite. These nematodes don’t particularly devour the caterpillars that they infest and they only use its body as their farm for their own symbiotic bacteria.

What’s terrifying about these is that they multiply very quickly which causes the poor host to fester and die before even reaching its metamorphic stage. 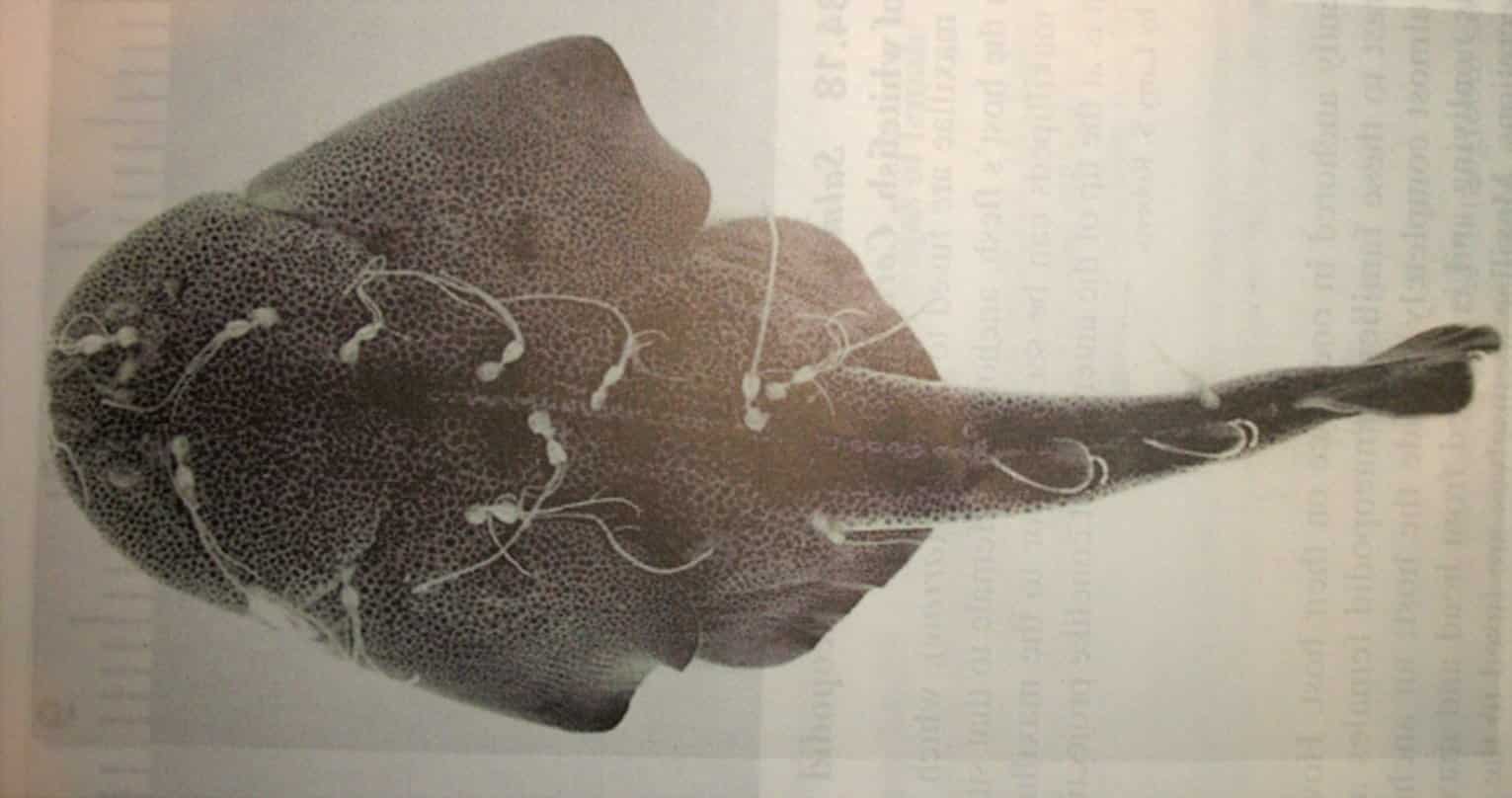 Trebius shiinoi are nasty little parasites that exclusively infect angel sharks. These flea-looking larvae usually target the reproductive canal of their target hosts and make their way towards the walls of their uterus and become rooted there permanently.

One of the most disgusting things about these parasites is that if they are present during the pregnancy of their host, they also attach themselves to the skin of the unborn pup. Fortunately, upon birth, these parasites don’t survive.

Whenever people hear the word mutation, nature often gets the last entry on their mutation suspects list. However, what most people don’t know is that when Mother Nature rears her ugly head, nasty things happen. Parasitic flatworms are the testament to that.

Often found on swamps, the parasitic flatworms infect tadpoles and attach themselves in the tissues that cause abnormalities on the poor amphibians. The abnormalities don’t actually get noticeable during this stage. The real freak show actually begins during their adulthood, when they finally turn into frogs.

When the tadpoles manage to reach the final stage of their evolution, the tissues that the parasitic flatworms infected creates abnormalities on the development which results into a few more extra limbs. Worst of all, these extra legs severely damage the frog hosts’ ability to jump which turns them into easy prey for the birds. 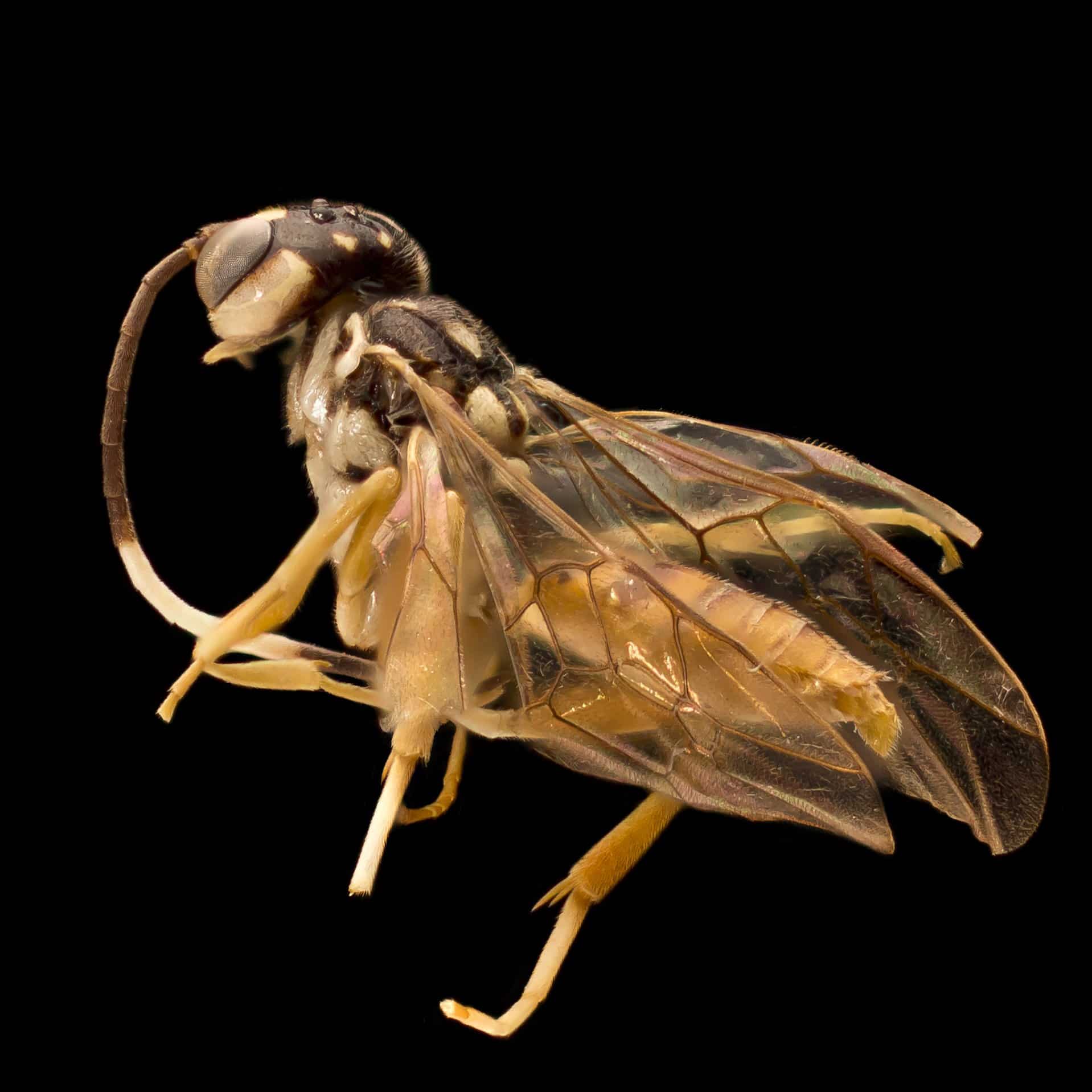 One of the most popular detail regarding wasps is their macabre way of hatching their larvae inside the body of other insects similar to that popular scene on the original Alien movie. However, those who belong in the genus Trigolidae do this grotesque process in a different and a lot more hardcore way.

Rather than directly hatching their eggs inside their victims, they leave hundreds of eggs on the edges of the leaves with hopes that caterpillars find their way to them and accidentally ingest them. Then, when they reach the belly of a caterpillar, the eggs hatch. And should they encounter other parasitic wasps’ larvae inside; they devour them mercilessly with their deadly wasp jaws. 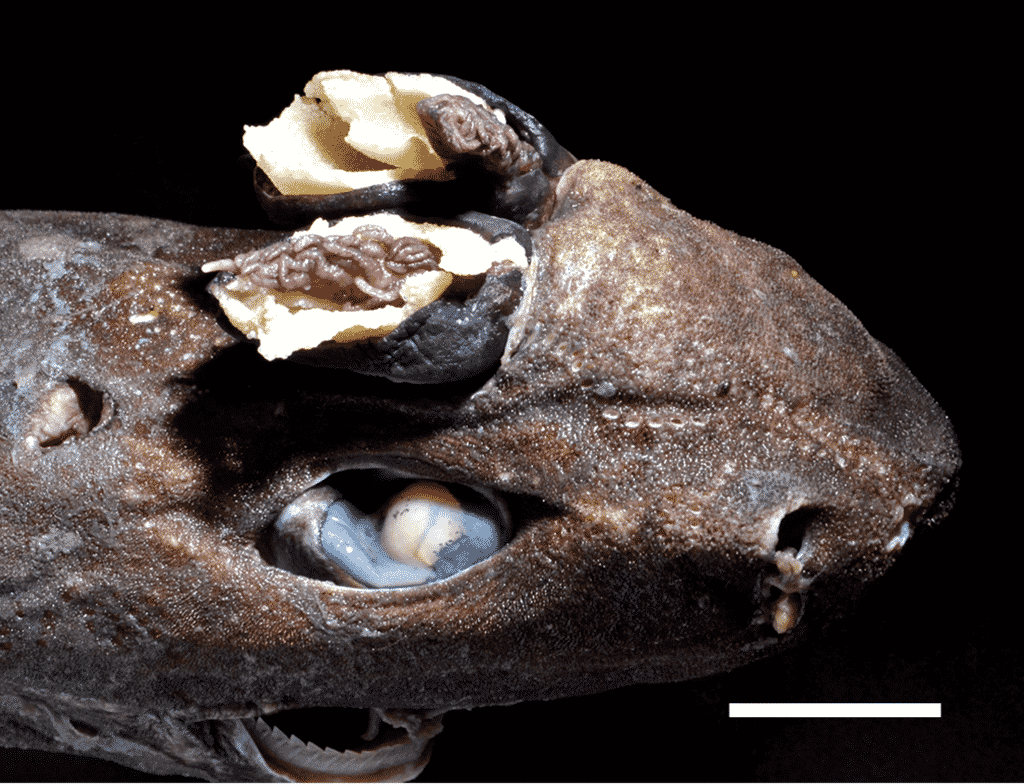 What makes Anelasma squalicola unique is that it is one of the rare species of parasite capable of castrating its vertebrate host. According to the studies, this parasite buries itself inside the body of its host (usually shark) from the back, and then roots itself until it reaches the spinal part in order to absorb nutrients.

The crazy thing about Anelasma sqalicola is that despite it not being able to reach the reproductive organ of its shark host, its infestation prevents the development of their genitalia. As of now, the experts are still unable to come up with any explanation about this. 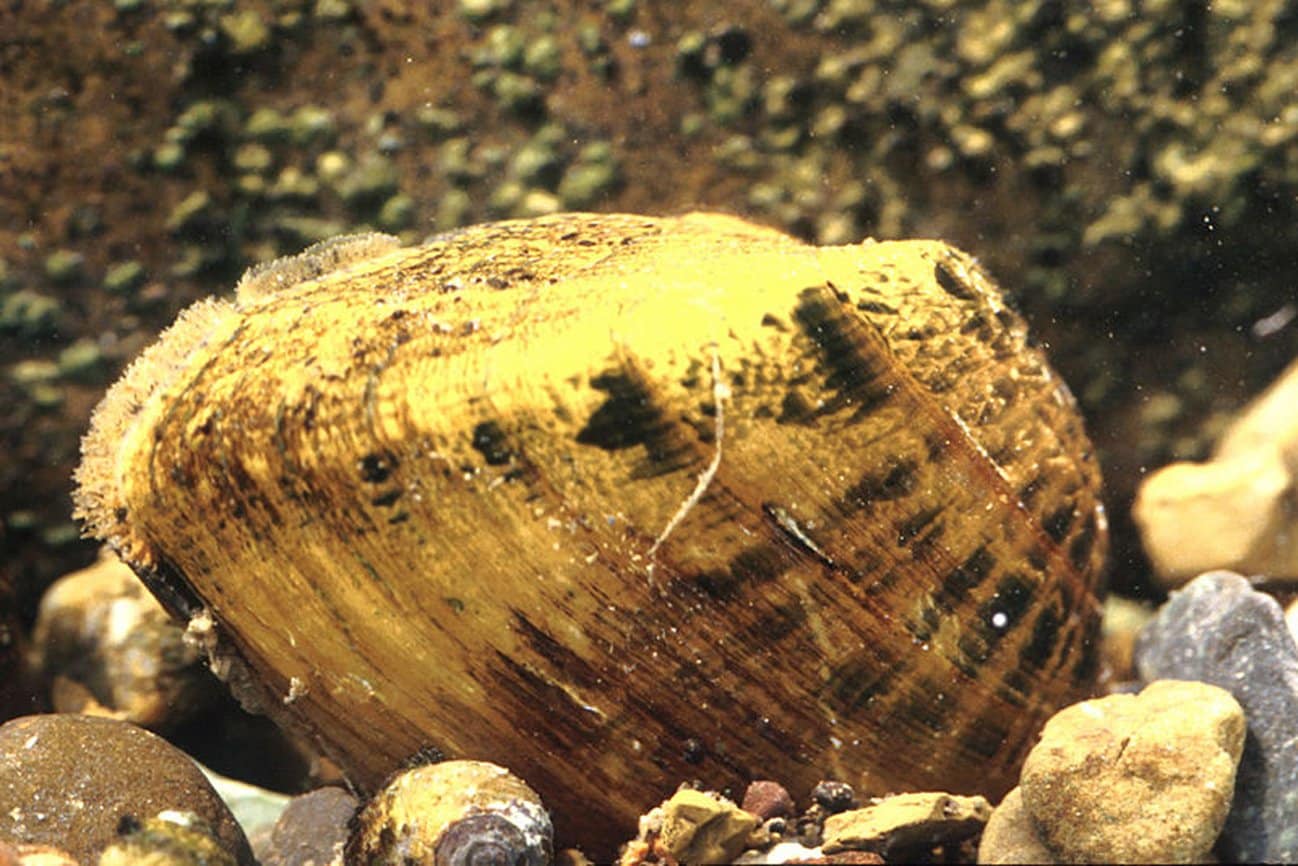 The snuffbox mussels Epioblasma triquetra are different from the other types of clam because of their unorthodox approach when it comes to spreading their offspring. While other clams and mussels resort on creating intricate makeshift sticky nets or using lures, snuffbox mussels favor the direct approach of face-hugging the fishes that could be the potential hosts and spewing their young to their face.

In order to latch on one, snuffbox mussels often leave their shell open and when a fish comes near them, they immediately snap close to catch it and begin spewing their offspring to its face. 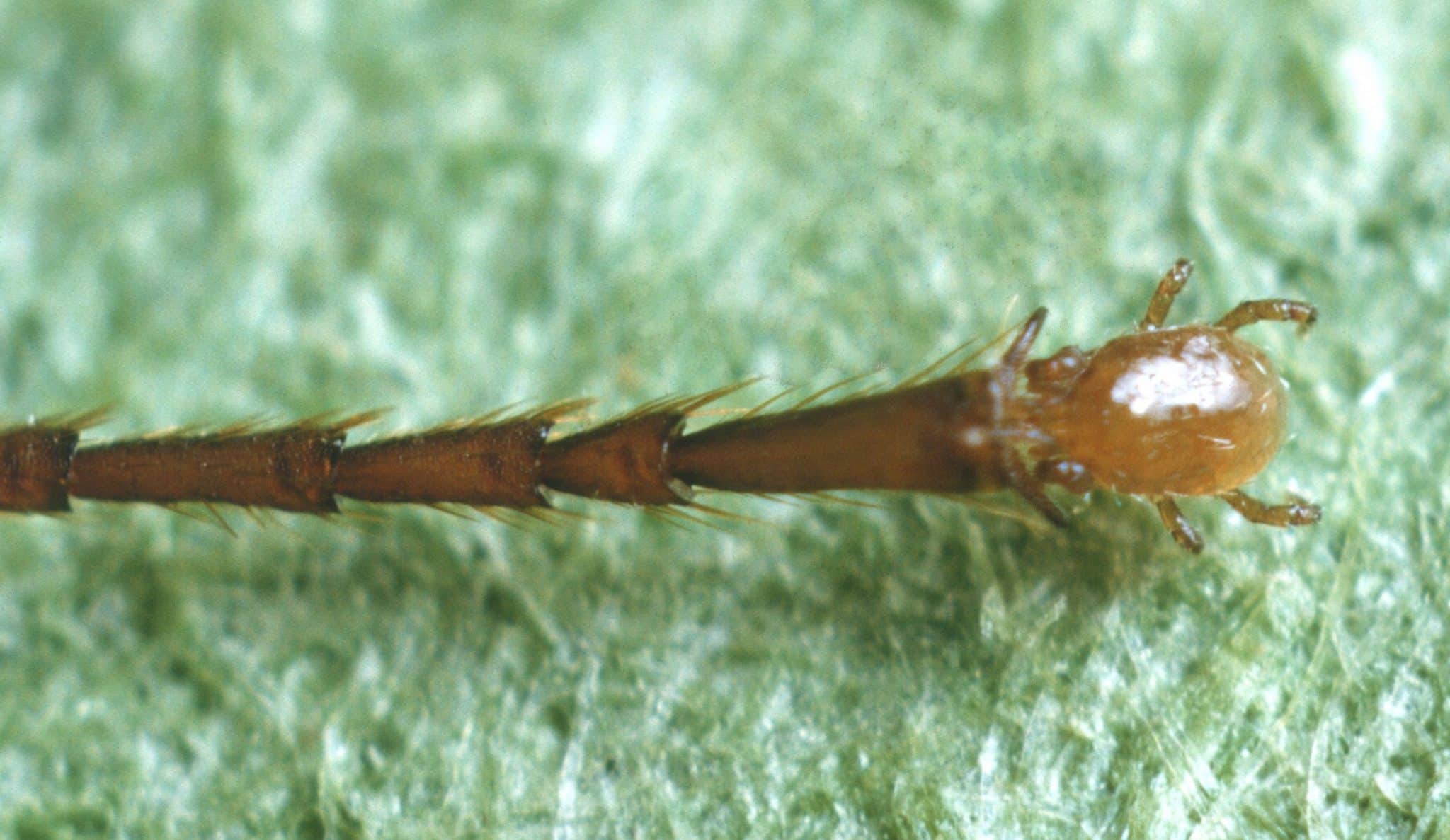 Similar to Cymothoa exigua that are often found in the mouth of the fishes, Macrocheles rettenmyeri is a land parasite that is able to fully replace the body part of its host.
Macrocheles rettenmyeri often targets army ants as their ideal host. There, they attach themselves at the end of their victim and sucks its blood while still being able to function as the ant’s leg.

Despite the grotesque way of these parasites, they don’t fully interrupt the life of their ant host in order to keep it alive as much as it can as its own food source.