Whenever we hear the word “parasite,” we sometimes think that getting infected by it can only happen in remote areas particularly those locations with poor health systems. But believe it or not, parasites living in a human’s body is actually a pretty common thing. Most of them don’t provide any symptoms and so people have no knowledge about their existence. 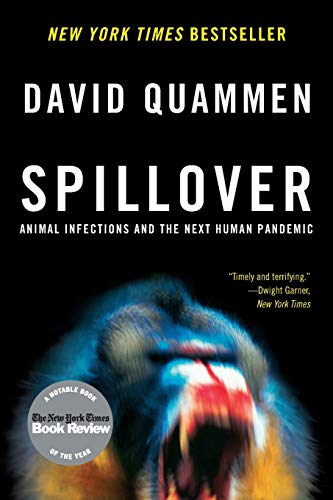 A recent study suggested that at least 60 percent of the entire world’s population has one living parasite inside. Apparently, though, most of them have no concrete knowledge about this.

Without further ado, here are ten of the most common asymptomatic parasites that are possibly infecting you right now.

If you’re fond of eating rare steak, then you better watch out. These tape measure-shaped parasites are known to enter human hosts through undercooked and/or raw meat. They can even grow up to 50 ft. long depending on how severe the infection is. Their favorite places are human beings’ intestines and are capable of feeding off the intestinal wall if they reach full-blown adult stage. Tapeworms are usually transferred from animals, particularly pigs and cows.

Liver flukes are another type of parasite capable of infecting your ducts and, well, your liver. They usually breed in freshwater snails, though humans can sometimes acquire them through freshwater fish. Unfortunately, these parasites barely cause symptoms in their hosts; hence the target barely knows if he/she is infected. Flukes that have matured over time can cause severe to chronic inflammation of the bile ducts, which, in most cases, may lead to gallstones.

There are two types of hookworms capable of infecting human beings: the Ancylostoma Duodenale and the Necator Americanus. They’re perhaps the most interesting parasites in terms of acquisition. They first enter through a person’s feet, leaving the target with some itchy rashes. They also tend to travel along the person’s bloodstream and, worse, can possibly enter the lungs. Once in the latter, they can cause irritation to the lung tissue forcing the host to try and cough them out. Although hookworms are usually fond of spoiling the lungs, the small intestine is where they really build a home.

Of all the parasites in this list, pinworms are the fastest to spread. They’re common in North America, and for them, a human’s anus is home. So if a person – for whatever reason it is – scratches his anus, anything he touches with that hand is covered and/or infected with tapeworm eggs. Although symptoms rarely surface, some reportedly experience mild irritation. This encourages the victim to scratch his/her butt and spread the eggs further.

In its most organic form, ascariasis is a roundworm infestation that loves to reside in the small intestine. It usually spreads from an exposure to uncooked meat or human feces. In most cases, however, the infection happen through human-to-human exposure. Apparently, though, children are the most common targets of ascariasis. This is due to the fact that kids love to put their hands in their mouths. This parasite causes bloated stomachs, though they can easily be removed once a person is ready to poop.

Unfortunately, our favorite pet dogs are the main reason of how we can acquire Echinococcus Granulosus. Interestingly, though, this parasite tends to slowly grow inside its human host for years without any symptoms whatsoever. It’s true that it usually infects dogs, but can be acquired when a person is exposed to canine feces.

Like tapeworm, this roundworm infestation can also be acquired by eating undercooked and/or raw meat. Trichinosis usually resides in pig or boar meat. So, as much as possible, be sure to cook the meat properly. Remember that once its larva makes it to the intestines, it will soon develop into a mature worm. This worm will then produce more larvae, all of which are capable of infecting a person’s muscles and other tissues. 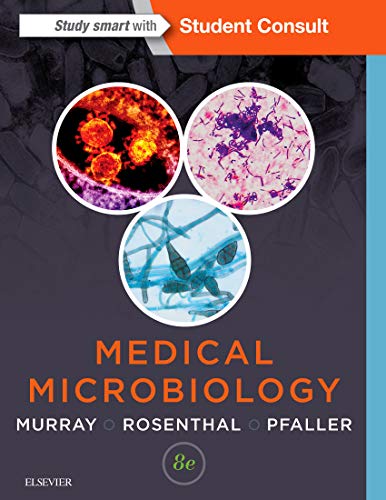 This single-celled parasite is somehow mysterious. Medical experts or scientists have no knowledge of how it gets transmitted, as well as the possibility of it producing symptoms or not. While it may possibly cause diarrhea and/or abdominal pain, it’s still asymptomatic. This is perhaps among the challenges that modern scientists need to overcome.

Microsporidia is a group of single-celled parasitic fungi and is capable of infecting a massive range of living things, with humans being one. Apparently, if the human host is weakened in some form like being immunocompromised, this parasite can either exist harmlessly or asymptomatically. Microsporidia sometimes live in fish, though they were initially deemed protists. But since their genomes appear to be more fungi-like than any other eukaryotic organisms, medical experts classified them as such.

According to Listverse, toxoplasma gondii is famous for being a parasite that’s capable of altering a host’s brain. Believe it or not, it actually aims to be in the gut of a cat. And how it gets there is definitely an interesting topic for discussion. It usually infects mice or rats that got exposed to cat feces. Afterwards, it will travel to the brain. Research suggests that toxoplasma gondii alters the natural fear of predators of a rodent. It will instead turn this fear into an attraction. So why exactly this happens? It’s because the parasite wants the rodent to be eaten by the cat. And once this “feast” takes over, it can end up in the cat’s gut.

Apparently, though, this parasite is also capable of infecting humans. The infected will not notice any symptoms unless she’s pregnant. And since it’s capable of altering the host’s thinking, it can cause schizophrenia and, worse, suicide. Most mainstream scientists don’t accept such notion, but they agree with the altering prowess of the parasite.

Not only will you appreciate the art of photography, but also the beauty of these creatures.

Birds are among the creatures in the animal kingdom that has the ability to fly and soar up high. Interestingly, they’re also the most secretive and mysterious in all of species. Hence researchers find it a struggle to study them further. Still, they’re a living beauty in this world.

To promote these living beings, the British Trust for Ornithology is giving photographers a chance to be appreciated with their works. These are people who, in one way or another, have mastered the art of photography. The gist is to capture the most stunning yet gentle beauty of birds.

The competition is called Bird Photographer of the Year, which started back in 2015. Since then, it has received various entries from contestants around the world. It can’t be denied that this is one of the most celebrated competitions in the planet. And judging by the way it looks, its relevance in the industry will continue to bloom in the many years to come.

10 Excruciating Truths About Crucifixion of Christ From a Medical Standpoint

The pain goes beyond the nails and the wooden cross.

Torture has played a huge role in humanity’s existence since the archaic times. It’s often used as a form of punishment to either extract information or prevent the target from doing certain stuff. Over the course of years, torture has taken various forms in different cultures. Perhaps one of the most interesting – and most excruciating – is crucifixion. This was widely popularized by the Romans who used it to kill Jesus, the central figure of Christianity.

But believe it or not, the pain suffered by the crucified goes beyond the nails used. Something more takes place and in modern times, researchers have been trying to study the process that a victim’s body undergoes during this kind of torture.

From the physical to psychological, scientists are able to prove that there’s more to what most people believe happens during a crucifixion. And, in fact, the results are far more gruesome.

Other countries should give this a try, too!

Apart from drug and/or alcohol influence, boredom is usually the culprit behind many road accidents. Drivers tend to fall asleep while driving because of it. Perhaps they’re cruising a road that seems like forever and thus ends up feeling sleepy? Boredom continues to be one of the root causes of traffic-related deaths.

Interestingly, Australia acknowledges this threat and has since implemented a strategy that would at least help drivers stay awake. And how exactly does this strategy work? By installing trivia signs on roads, that is. The idea may sound funny to some but it’s actually working as intended.

It can’t be denied that Australia is among the countries in the world that has some equally epic, long roads. Take for instance the popular strip of tarmac between Caiguna and Balladonia. It doesn’t offer a single turn, not until it reaches 90 miles. This is just one of the longest roads in the globe so it can get really boring.