It’s actually baffling – and obviously rage-inducing – how some people just seem to think that they can bug professionals to do free work for them. These so-called clients try to offer such a deal in a sweet way by saying that the said project would give them ‘exposure’.

Artists often get odd requests like these. Just ask illustrators, graphic artists, and the likes and, boy, they’d quickly share several horror stories either from their own experiences or from their peers.

Apparently, some of these scammers are even trying to sweet talk programmers now.

Take it from Zach Zundel, a programmer from England who recently received messages from someone who asked him to build an app – for free.

After the person explained the project, Zach laid down his rates and terms. 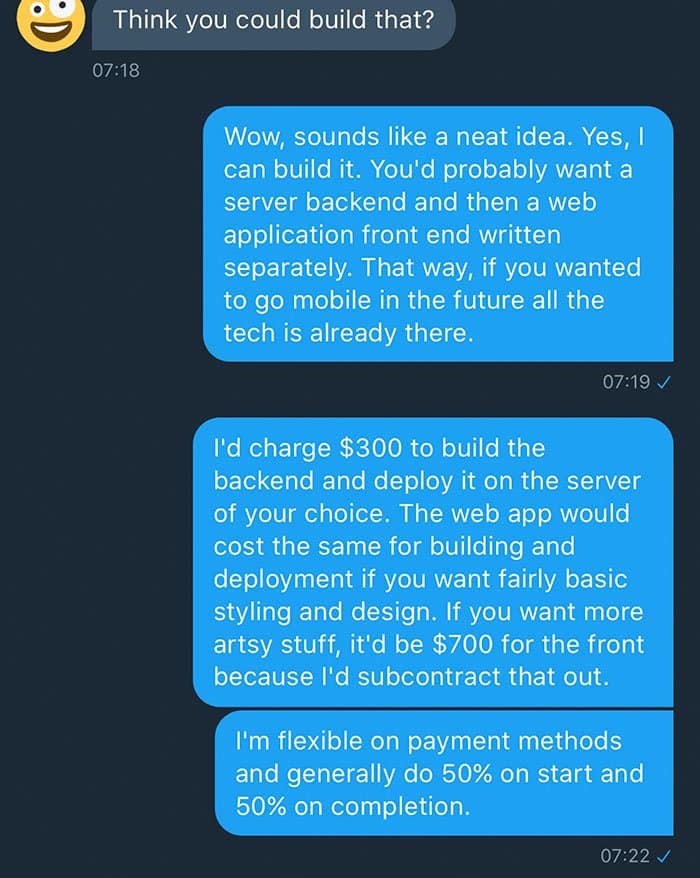 The guy, however, asked if Zach can do ‘stock options’ or ‘just do it for exposure.’ 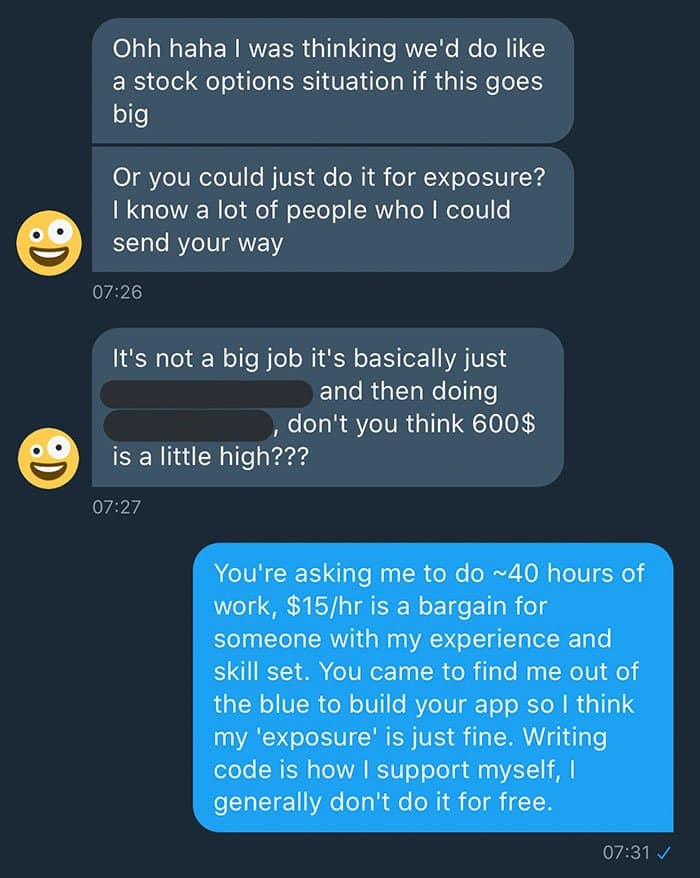 He even had the gall to ask “Don’t you think $600 is a little high?” but Zach defended “You’re asking me to do 40 hours of work, $15/hr is a bargain for someone with my experience and skillset.”

Zach patiently tried to adjust the deal but the ‘client’ got furious instead. 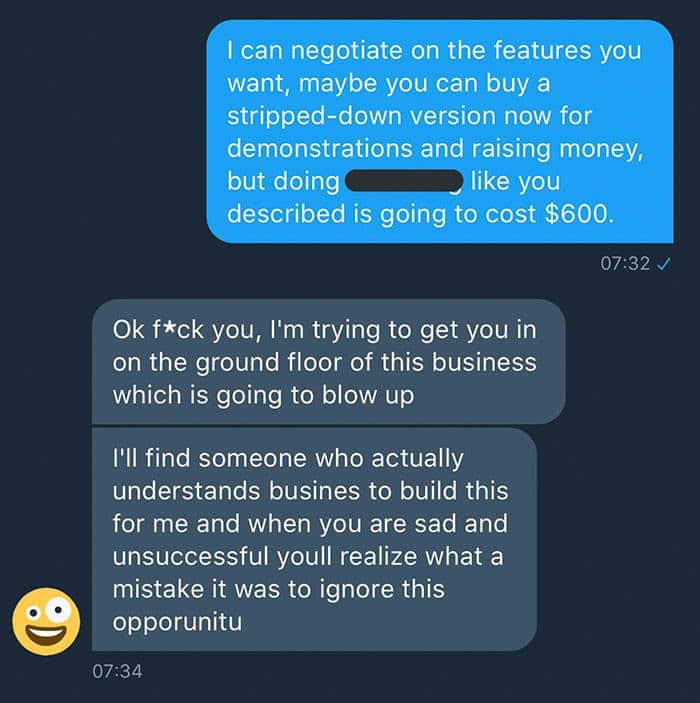 Aside from dropping the F word, he also called Zach an ‘a**hole.’ 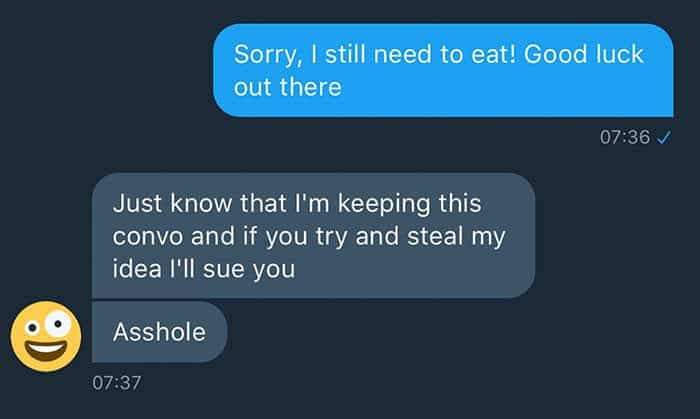 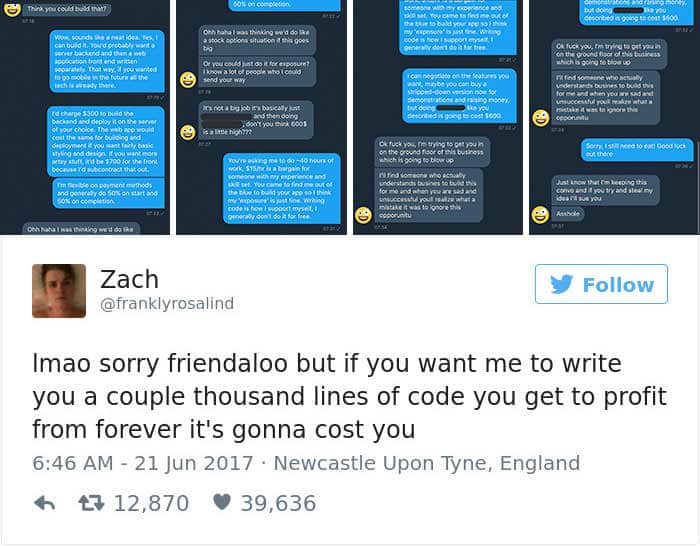 Needless to say, Twitter netizens took Zach’s side and praised him for how he handled the situation.

Eventually, the person saw the tweets and warned to sue Zach.

Zach’s friends, however, dismissed it as an empty threat – and even made fun of it.

The funny exchange later went viral, gaining a lot of retweets and was even shared on popular sites like BoredPanda.

Well this turned out to be truly hilarious.

Anyway, we hope this can serve as a lesson for people out there. If you’re going to ask professionals to develop your app, be ready to shell out some money. No one wants to work for free, you know.