It’s usually easy to tell if a dog is aggressive or simply trying to play. However, a few construction workers in Brazil were confused when a loose pit bull ran into the house they were fixing. Needless to say, a few man cards were revoked on that fateful day.

The viral video was taken in Ouro Preto do Oeste in Rodnia, Brazil where a group of construction workers were supposed to be working on someone’s property. The CCTV video shows the men casually walking around before one worker spots something off-camera and hides behind a door. Another man points outside and they immediately run for cover before the culprit appears on camera.

The dog enters the house hoping to make friends with his new neighbors. 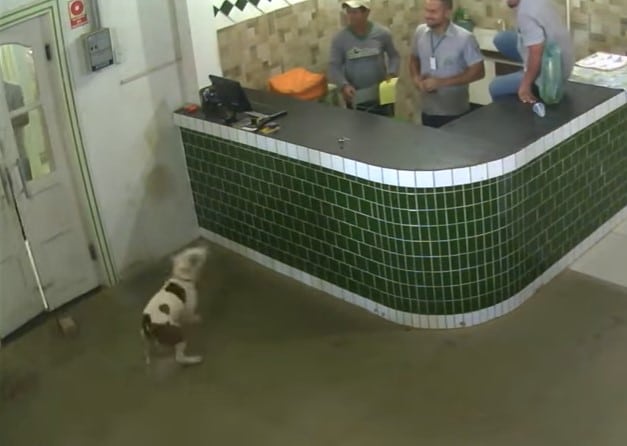 The dog initially goes after the men behind the door before trying to say hello to the three workers behind the counter. The confused men all climb on top of the counter as the pooch tries to reach them.

At one point, the dog decides to exit the house, allowing the men some time to relax and get off the counter. However, they quickly jump back on the counter when the pup returns. One man even jumps off the table when the curious pooch stood up to reach him.

The friendly puppy tries to connect with the terrified men who have climbed up the counter. 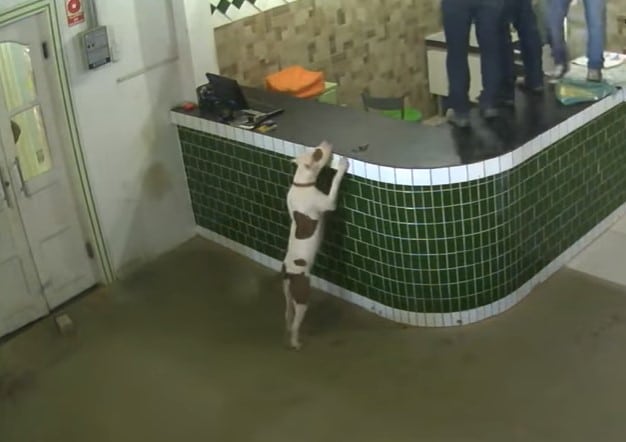 The confusion was finally cleared when one of the workers walks out to confront the furry invader. He is immediately greeted by the friendly dog who appears to be asking them to play.

The other men began to relax and go about their activities as the pup tries to get their attention.

The brave worker is greeted with licks from the friendly pooch. 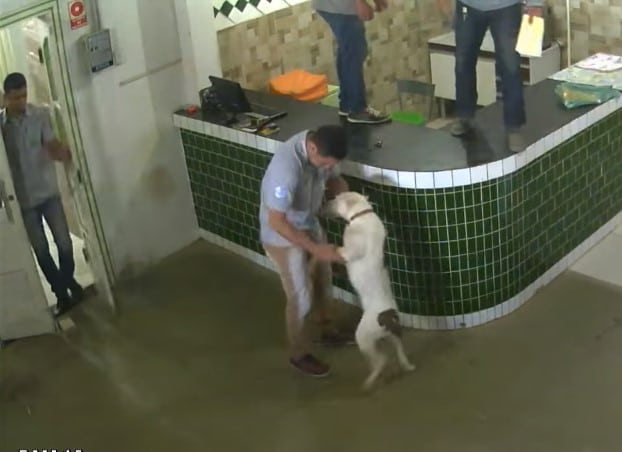 The pit bull reportedly belonged to a neighbor and had gone into the house to make friends with the workers. Although there was plenty of confusion, the men eventually realized that the dog was a friendly pet who only wanted to play. Nevertheless, the situation makes for one truly hilarious video.

Watch the adorable video below.