We have heard of catastrophes involving exploding cellphones, vapes, and chargers. From these real-life stories, we learn how to be more cautious when dealing with these devices knowing well that everyday items which are seemingly harmless can pose a threat anytime.

Such is the case of a woman whose headphones exploded during a flight to Melbourne. Shocking images shared by the Australian Transport Safety Bureau (ATSB) shows the woman’s face, lips and hand burnt and smeared with soot from explosion.

The unidentified woman suffered burns on her face and neck when her headphones exploded mid-flight. 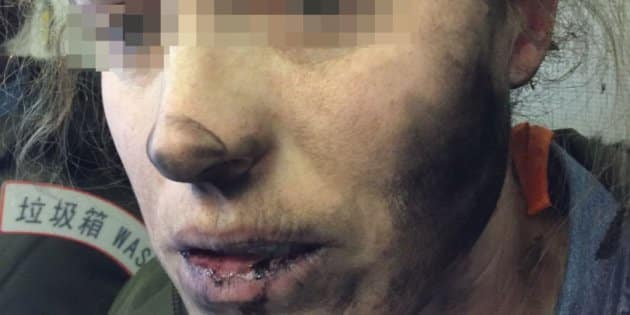 According to reports, the passenger was using her headphones while listening to music on her flight from Beijing to Melbourne. She woke up from her sleep, two hours into flight due to a loud explosion.

“As I went to turn around I felt burning on my face,” she told the ATSB.

The unidentified woman says she pulled the headphones down around her neck, not knowing it was the cause of the explosion. When she continued to feel the burn, she threw the device on the floor where it sparked and had small amounts of fire.

The ATSB has assessed that the batteries inside the headphones were the likely cause behind the fire. 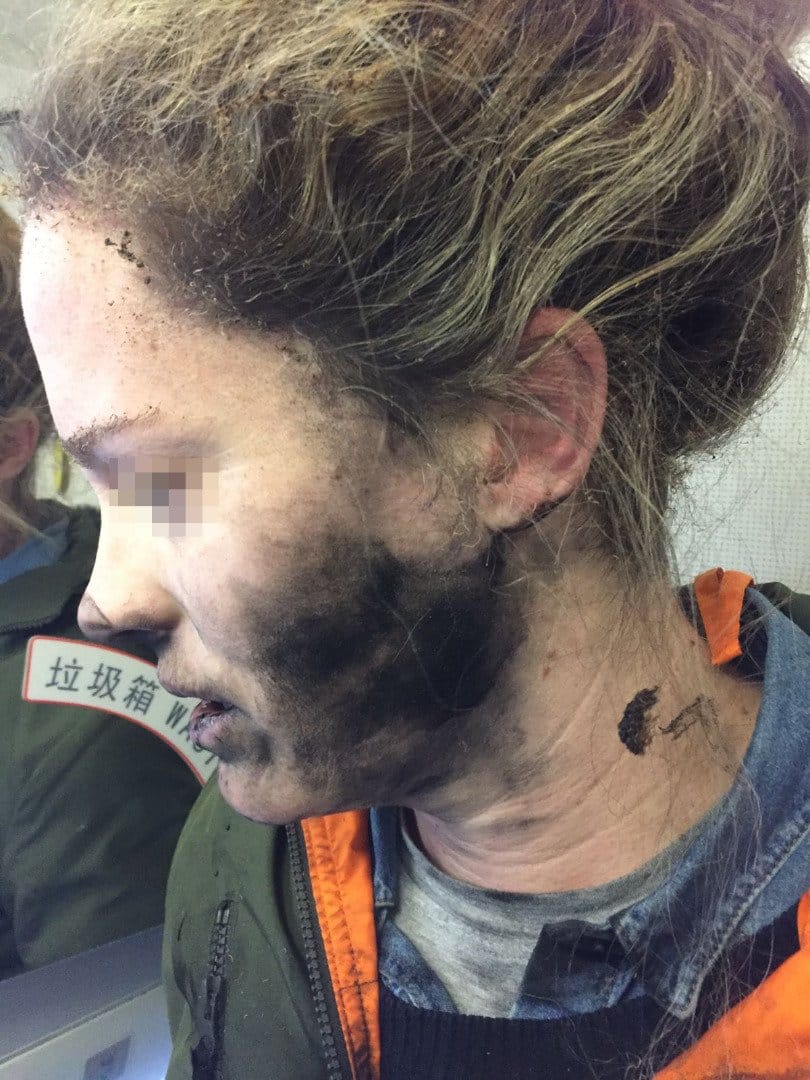 The flight attendants doused the fire with a bucket of water, where they also kept it to be moved at the rear of the plane. The batteries melted and stuck to the floor once the smoke cleared. The other passengers had to endure the smell of burnt plastic, electronics, and hair for the remainder of the flight.

Burns to the woman’s hand from the exploding headphones. 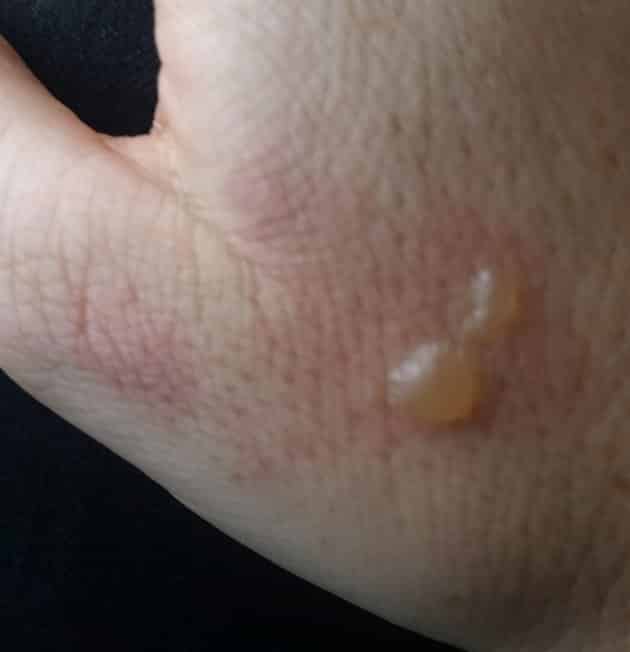 The brand of the headphones which exploded was not disclosed. ATSB’s evaluation shows that the batteries inside the headphones were the likely cause behind the fire. Thus, the bureau issued a warning urging airplane passengers to keep away electronic devices when not in use. Furthermore, seat gaps should be checked and cleared of electronics before adjusting them. 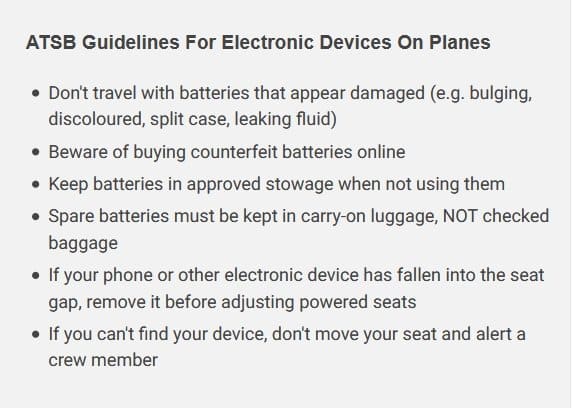 “As the range of products using batteries grows, the potential for in-flight issues increases,” the statement read.

Lithium-ion batteries, though currently the most efficient and widely used storage of energy, have a history of issues in relation to mobile and portable devices. The recalled Samsung Galaxy Note 7s were also found out to have exploded due to the phone’s batteries.